ICE AGE CONTINENTIONAL DRIFT MY VERSION BABY PART 2
posted by pinkmare
miss us? said a smooth handsome voice
the herd turned to their left noticing the two sabers cuddling next to each other returning from their break up/make up problem.
so... ellie started how'd it go she said asking the two now engaged sabers.
it went great diego said with a grin that dosen't seem to get out of his face because he was two happy to talk about it then shira deceided to go over to the girls and tell them what really happen between her and diego.
with the girls
well shira begin it all started when diego shouted that he didn't like me,then he followed me and found me near a cave, then he told me why he shouted those words is not because he dosen't like me it's because sid , crash and eddie won't stop bothering them, after that diego confess his feelings to me claming that he loves and finally ask me to marry him and i accepted. shira said showing her friends the ring on her paw.
wendy,ellie and peaches looked at the sparkley ring with awe and started to scream happily(typical fangirls)then they started to say congratrulations (except for peaches who went over to hug her aunt shira) shira hugged back awww the others said.
with the guys
c'mon diego tell us manny begged his friend
no no you don't want to know diego blushed embarrassed by the guys.
please,please,please,please sid said poking the saber with his index finger/claw.
ALRIGHT THEN! i'll tell you just stop poking me already!diego snarled
okay,okay sheeshs said sid.
alright now spill said manny
this is gonna be good crash said
i know agreed eddie.
well it started out like this diego begin when i looking for shira i saw her crying in a nearby cave i felt sorry to her,regretting what i said thanks to you sid. hey! the sloth spat
the saber countined then i confessed my feelings to her and proposed to her and she said yes and now we're engaged
congratrulations diego you did it manny replied
yeah you did it crash said
you are the man i mean tiger. eddie added
i'm proud of you buddy sid said
no really i mean it sid thank to you in a good way without you i wouldv'e never proposed to her in the first place. diego confessed
your welcome sid said
now with the herd together
so.... now that your engaged you might wanna think what your gonna name your cubs
wendy started
whoa,whoa,whoa diego said cubs? no offence but we're not ready for that yet, shira and i just got engaged for 1 minute and your already mentioning kids don't you think your taking this a little too far?
no not really i was just helping you preparing for your future you know just in case. wendy explanied
she's right you know sid added besides i always wanted to see a diego jr.
in your dreams sid. diego said
shira felt a little sad that diego didn't want cubs and she did but she was happy that she finally get the chance to marry him.
let's hope the ice dosen't crack like last time manny said
last time ? wendy and shira said in unison
whadda you mean like last time ? wendy asked
well before we met you guys and before peaches was even born. there was gonna be a total melt down you know like a flood anyways.... after ellie finished explaining the ice age group went deep into the forest.
man am i hungry? sid asked himself
then the yellowish-grayish sloth spotted a dandelion and without warning he ate it in front of the two rhinos(you know who those two are)yummo a dandelion hmm, hmm. sid said munching on the plant.
the greyish rhino looked at the pinkish rhino next to him
carl.
easy frank.
he ruined our salad again frank said
carl then growled ggggrrrr!!!!!!!
then carl and frank went after sid as usual.
ahhhhhhhh!!!!! heeeeeeeellllllllppppppppp!!!!!! mmmmmmeeeee!!!!!!! aaaaaaaaaaaaahhhhhhhhhhh!!!!!!! sid shouted screaming like a little girl.
what's that sound? ellie said
don't tell me manny replied.
wait a minute i know that girlish scream oh my gosh sid! c'mon guys! wendy called out
oy. manny said
i wonder what he did this time? crash asked eddie.
sid ran as fast as his big feet can carry and as he procced to head back to his herd he accidently bump into manny.
oh manny thank god your here quick! hide me!sid said hiding behind manny.
the two angry rhinos stop on their tracks and recognize the same mammoth who throw them up in the air and the same saber tooth tiger who "ate" their sloth. however they know nothing of the female mamooth, the calf , the two possums,the female sloth or the stirep saber-tooth tigress.
oh boy here we go again. manny retorted
uh listen fellas we don't any trouble and i'm letting you off the hook this time i'm most definatly not gonna throw you in the air like i did before. manny confront the rhinos
i'll tell you what whatever my friend did to you was proberly an accident and don't worry we'll make sure he gets his punishment deal?
mmmm. the rhinos thought
alright we let him off the hook carl replied
but frank started if he comes through our path again rrreeeechhh(imatates chocking neck)
after that they left.
whew i thought they never leave.
everbody in the herd glance at the sloth giving him the"you better stay out of trouble or else"
what? sid said i'm sorry guys? forgive me please i said i was sorry guys wait up! sid said following the herd heading to the south.
to be countined.......... 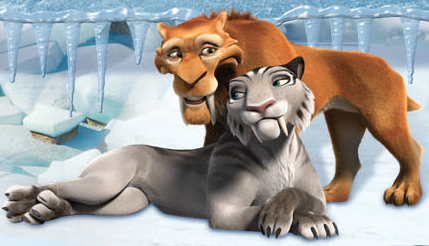 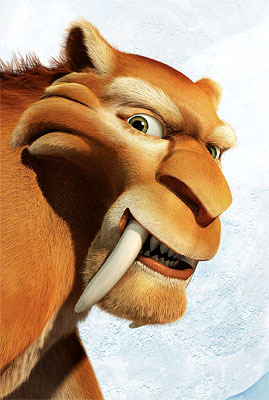 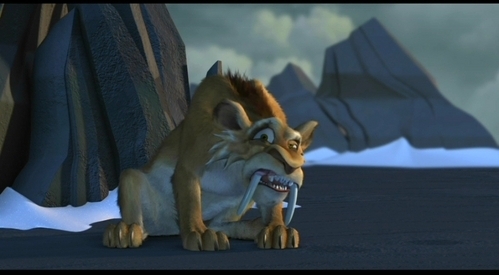 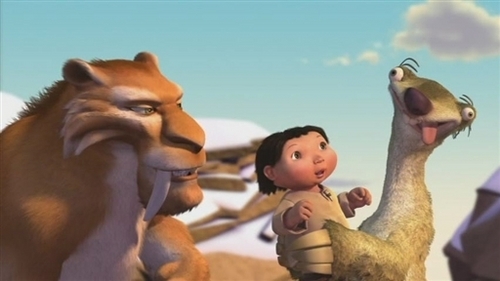 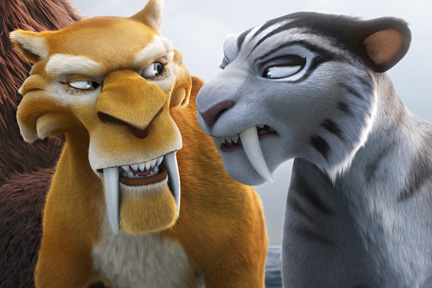 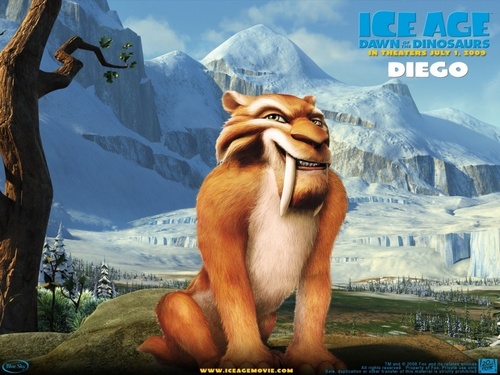 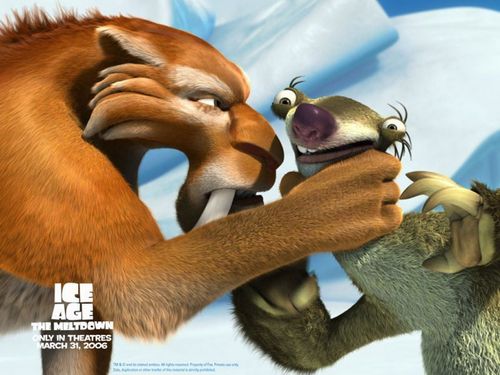 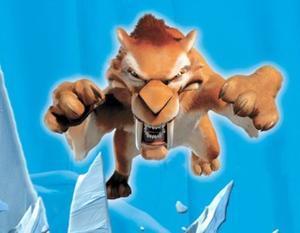 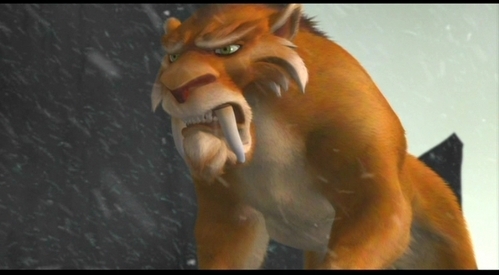 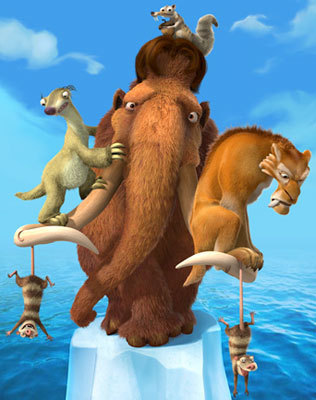 Diego
added by Okami_Amaterasu
ICE AGE CONTINENTIONAL DRIFT MY VERSION BABY PART 3
posted by pinkmare
after the rhino accident with sid everybody thought about forgiving sid and giving him one more chance.
shira woked up next to her fiancee and licked his cheek which diego smiled while sleeping.
shira looked over to manny,ellie and peaches and was sorta jealous of the two mammoths having a child of their own.
but neverless the female saber smiled and is happy for the three being together but something came through her mind she's been wondering if she and diego could have cubs for their selves so they too can also be a big happy family.
i don't know if i should tell him what if he dosen't even want...
continue reading... 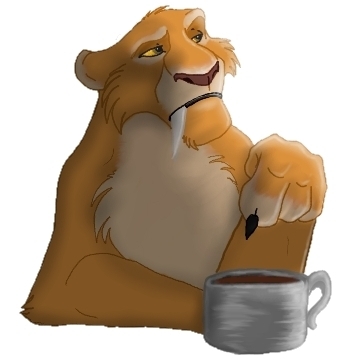 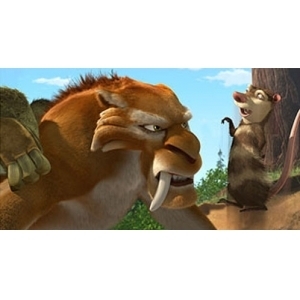 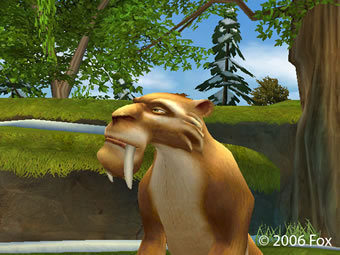 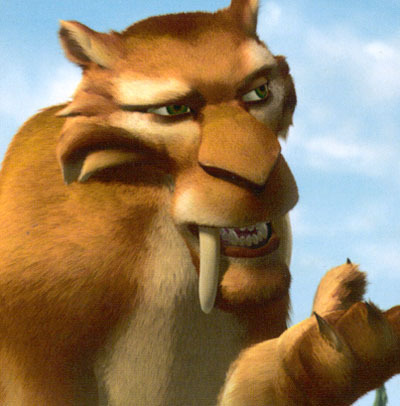