1
dino cronicals chapter 1
posted by andresandru
"try it!" Mr FLintson said to his kid, to try his new invention, Daniel, the kid of 14 years, was testing something called "the chameleon device", a device witch let you imitate the form of any live beeing, it copied the structure language and habilities, everything, Daniel pointed at a cientist, he presed the device, it let out an almost invisible light, then, he moved the cdevice and he transformed into the cientist, this remembered him of ben 10.

"Daniel, your uncle went on a mission in outer space, but he was intercepted by a giantic creature, you and your brother will go to that location to save him, but through a new teletransporter" the Father showed a verry large object, it had a chamber up of it, and many, many cables, Samuel, Daniel's brother, gave one step back.

"I'm not going into that thing, what if those are weird aliens, or some sort of creatures, if thay got our uncle that means they can get us!" Samuel said, kind of scared

"thats why I invented this!" Flinstson showed his son's a watch, it didn't have numbers, it had many, many white circles, one had an image of a human.

Both grabbed the "whatch" and put it on, then, Daniel said sarcasticly

"son, let me show you, this is not a clock, this is "the chameleon device"! this will make you capable of copying the abilities, appearance and even the accent at the talk that anything has! the green button is to scan, the black one is to change from objective, and the red one is to activate it, come on, try it on me! it's almost limitless!" both sons pointed suspiciously at his dad, pressed the green button, pressed the black button, and the image of his dad was in the bubble, they pressed the red button and they became like their father.

"awesome!" both said, they changed back and entered the chamber, as it closed the sons heard

"but watch out, they're extreamly delicate, the slightless touck will make it go berserk!" and two seconds later the door closed

"daniel, do you think we're gonna make it?"

"fifty fifty" and after those words they bth were at a random location, there was a green dark fog

"bye, lets divide!" and Samuel went away, Daniel headed, very scared, he found a rock, and once he hid in it, he heard a sound, many YEEEEEPs and YAAAAAAPs, he finaly saw it, it was something incredible, unbelivable, and kind of crepy: a throodon, the most briliant dinasaur that ever existed!
fishypup likes this 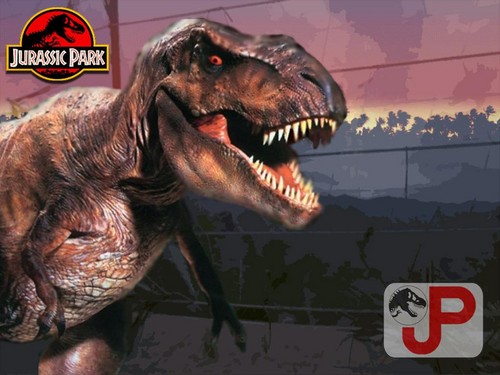 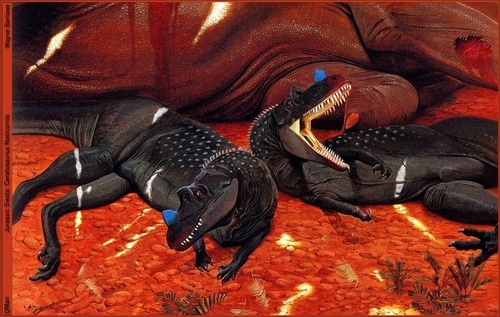 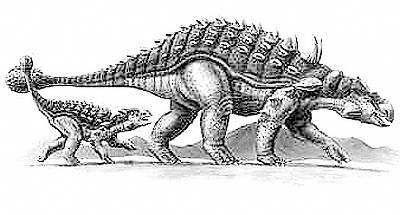 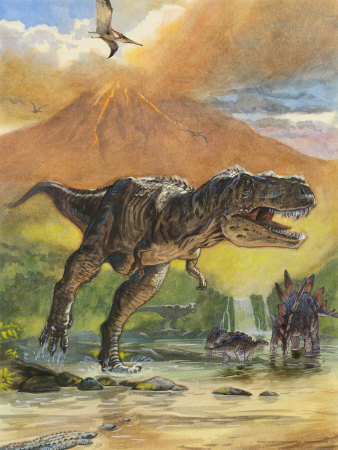 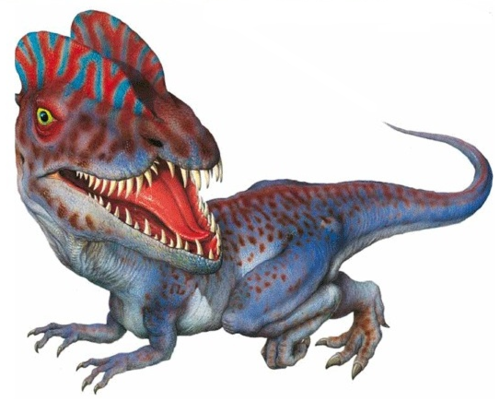 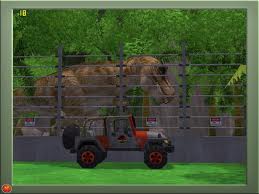 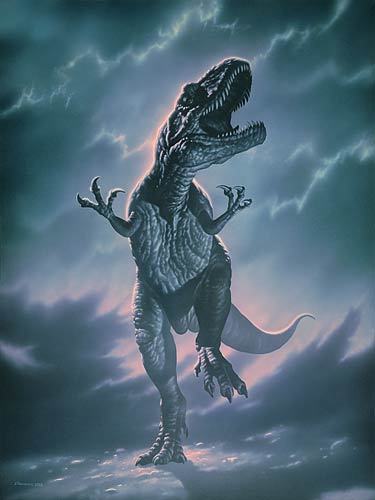 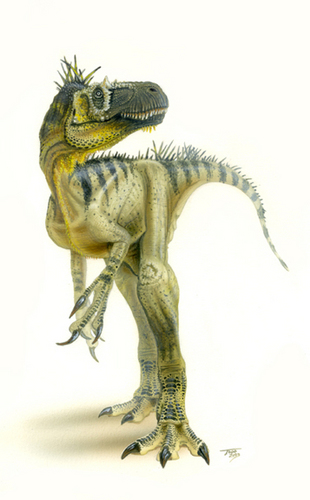 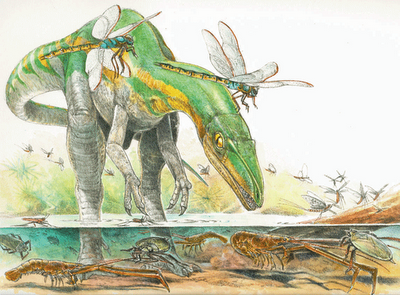 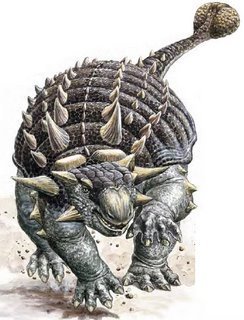 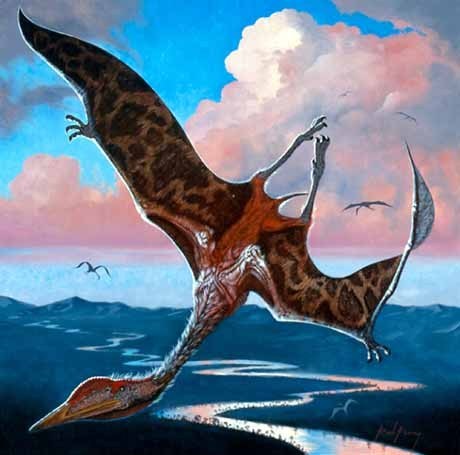 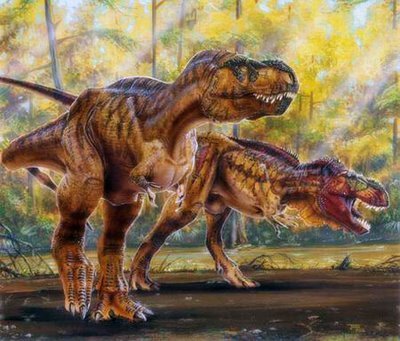 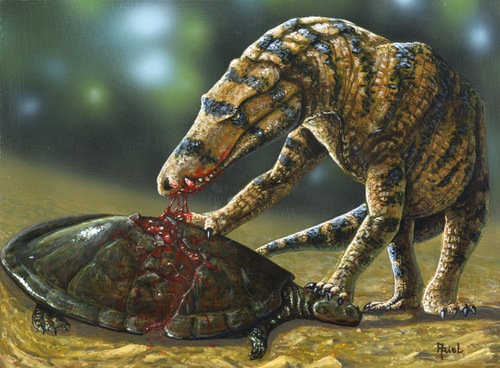 2
Baurusuchus
added by MK33
Stegosaurus
posted by GabsSaw
Stegosaurus was the largest of the stegosaur group. Its fossils were found mainly in present-day Colorado, Utah, and Wyoming.

Like most of its group, Stegosaurus lived toward the end of the Jurassic period, about 150 mya.

Stegosaurus was about 25-30 feet long from nose to tail and probably weighed more than 2 tons.

Its most striking feature was the row of large, roughly triangular bony plates along its back.

The name Stegosaurus means "roof reptile". This is because it was first thought that its bony plates lay flat on its back, overlapping like the tiles on a roof.

It is now thought that the back...
continue reading...
Pikaia
posted by GabsSaw
A small, wormlike creature called Pikaia is thought to be the ancestor of all backboned animals.

Pikaia is...
continue reading...
Vascular plants
posted by GabsSaw
Vascular plants are more suited to living on drier land than mosses and liverworts.

Rhynie in Scotland is one site where lots of vascular plant fossils have been found....
continue reading...
More Cards
1234567891011