1
Did you know?
posted by GabsSaw
Liverworts grew on mats of blue-green algae, which trapped nitrogen from the air. They used this nitrogen to grow.

Spriggina has a curved, shieldlike end to one part of its body. Some paleontologists think this was its head, while others think it was an anchor that secured it to the seabed.

Hemicyclaspis had eyes on top of its head. This suggests it lived on the seabed and used its eyes to keep a look out for predators above.

Prehistoric sharks' jaws were fixed to the side of their skull, while modern day sharks' jaws hang beneath their braincase, which gives them a more powerful bite.

Suitable fins were not the only feature that meant lobe-finned fish could evolve into land-dwelling animals. They also had lungs for breathing air!

Andrias scheuchzerii was a salamander from the miocene epoch. It was named for the Swiss scientist Johannes Scheuchzer, who discovered it in 1726.

Plants developed tough stems and leaves, spines and poisons to protect themselves from hungry reptiles.

Modern crocodiles are living fossils. They look similar to the crocodiles that were alive 100 mya.

Turtles and tortoises evolved a toothless beak for slicing flesh or plants.

Snakes are one of the few groups of reptiles that had their main evolutionary development after the dinosaurs.

Nothosaurs had nostrils on top of its snout, which suggests that it came to the water's surface to breathe, like crocodiles.

One large pliosaur was Rhomaleosaurus, another was Liopleurodon. Both could grow up to 50 feet long.

The first Ichthyosaurus fossil was found in 1811 by the English fossil hunter Mary Anning. It took 7 years before scientists identified the skeleton as that of a reptile.

Fossil hunters have found Rhamforhynchus fossils alongside those of the early bird Archaeopteryx in Solnofen, Germany.
ImAnEasel likes this 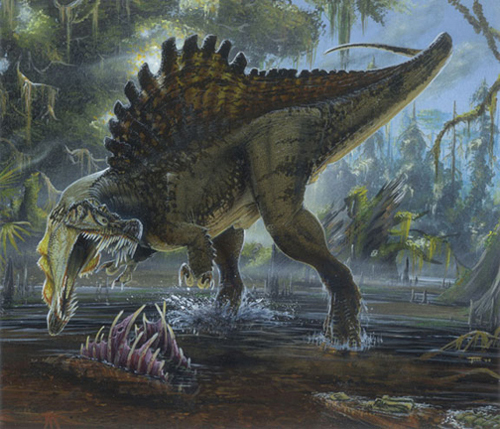 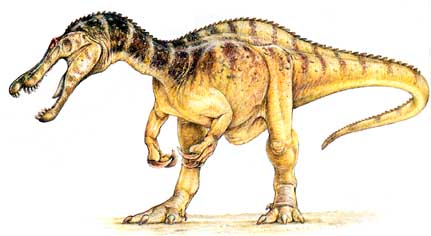 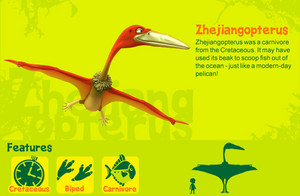 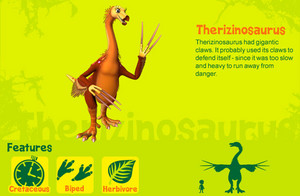 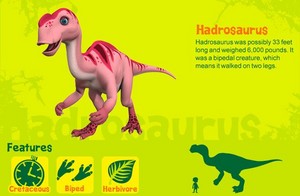 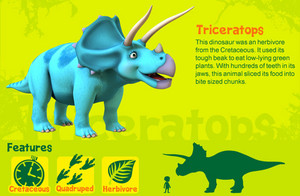 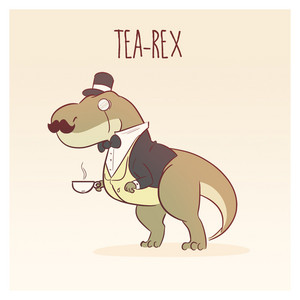 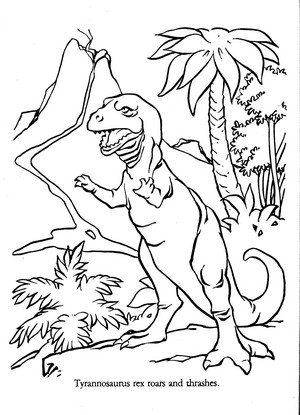 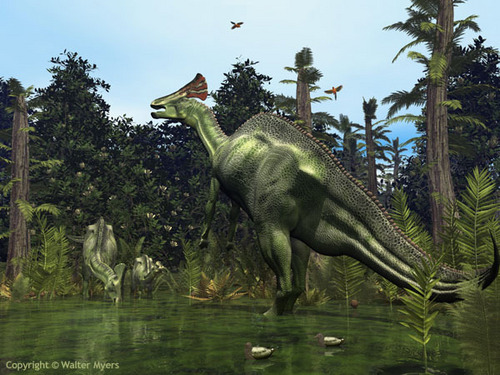 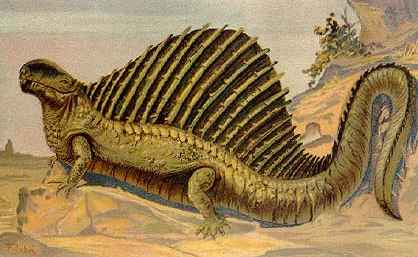 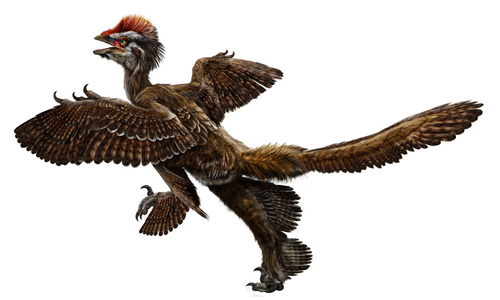 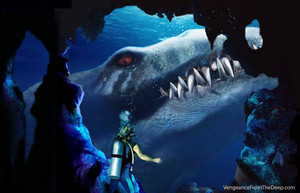 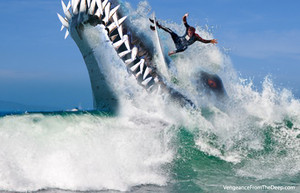 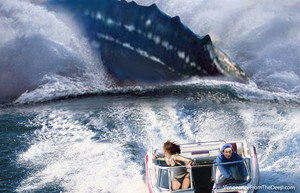 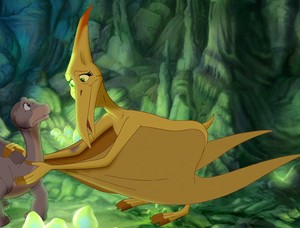 Etta
added by ZorroMothim
Source: http://landbeforetime.wikia.com/wiki/Etta
1
Pachycephalosaurs
posted by GabsSaw
Pachycephalosaurs were among some of the last Dinosaur groups to appear. They lived 75-65 mya.


They are named after one of the best-known members of the group, Pachycephalosaurus.

Pachycephalosaurus means "thick-headed reptile," due to the domed and hugely thickened bone on the top of its skull--like a cyclist's crash helmet.

About 15 feet long from nose to tail, Pachycephalosaurus lived in Montana, South Dakota, and Wyoming.

Stegoceras, which also lived in North America, was about 8 feet long, with a body the size of a goat.

Homalocephale was about 10 feet long and had a flatter skull. It lived in East Asia.

Pachycephalosaurs may have defended themselves by loweringtheir heads and charging at their enemies.

At breeding time, the males may have engaged in head-butting contests, as some sheep and goats do today.
1
Earliest plants
posted by GabsSaw
The First living things on earth were single-celled bacteria an cyanobacteria, also known as blue-green algae.

Blue-green algae emerged about 3,500 mya.(million years ago).
It contains chlorophyll and was the first living organism to use photosynthesis or make energy using sunlight.

Over millions of years, the algae was able to produce enough oxygen to help more complex organisms to evolve.

True algae, which is regarded as a plant, evolved around 1,000 mya.

By 550 mya, multi celled plants began to appear, including seaweeds.

Algae and lichens were the first plants to appear on land.

Unlike vascular plants, which rvolved later, bryophytes cannot grow high above the ground because they do not have stems. 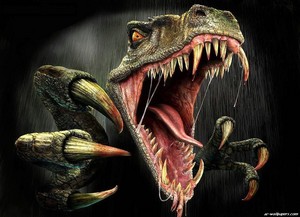