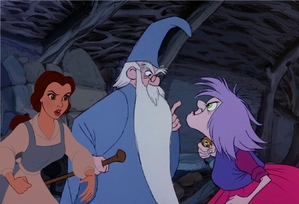 "Want to have a wizard’s dual?”
Belle and Merlin had just finished their tea, and Merlin seemed almost jovial, when Archimedes came flying through the window, looking panicked. Belle sprang to her feet, panic filling her too.

“He was chased by a hawk,” puffed Archimedes, “and ended up in Madame Mim’s house!”

“Madame Mim?” Merlin sprang to his feet at once. “Come on, Belle, my girl, we’ve got to save him!”

“I hope he’s alright,” Belle murmured, before they were both swept magically straight through Madame Mim’s front door. Madame Mim was a sorceress with just as much power as Merlin, but she used it for evil rather than good. She was a short dumpy old woman with purple hair, but Belle knew to be wary of her.

“Mim!” exclaimed Merlin, looking around the room, which was wrecked as if a herd of horses had come clattering through it. “What were you doing?”

Mim was sitting on the floor in the midst of the mess, holding Arthur. “Oh, Merlin,” she said, sounding flustered. “Oh, you’re just in time.” And she started patting Arthur’s head. “We were playing a little game.”

How little? Belle couldn’t help wondering, looking at the damage in the room.

“She was going to destroy me!” Arthur exclaimed.

“And just what did you two intend to do about it?” snapped Mim, marching right up to Merlin. “Want to fight? Want to have a wizard’s dual?”

Merlin bristled. “As you wish, Madame!”

“Very well, then, step outside!”

“After you, Madame,” Merlin replied, politely, and Mim released Arthur and marched outside. Merlin followed her. Swallowing hard, Belle hurried outside, with Arthur in her wake.

“What’s going on?” asked Archimedes, landing beside them on a tree branch.

“What does that mean?” asked Arthur.

“Oh, it’s a battle of wits, see?” Archimedes told him. “The players turn themselves into different things in an attempt to destroy one another.”

Belle sighed. “This isn’t going to be a fair dual. Madame Mim cheats; everyone knows that.”

“Now,” said Mim, turning as they stopped, “first of all, of you don’t mind, I’ll make the rules.”

“Rules indeed!” scoffed Archimedes. “She only wants rules so she can break ‘em!”

“I’ll deal with you later, featherbrain!” snapped Mim, causing Archimedes to puff up indignantly. “Rule 1: no mineral or vegetable; only animal. Rule 2: no make believe things like pink dragons and stuff. Now, Rule 3: no disappearing!”

“Alright, alright,” grumbled Mim, as they stood back to back, “off on the count of four. One, two, three, four...”

And as Merlin marched off, she vanished.

“Merlin!” exclaimed Arthur in a strangled voice. “She disappeared!”

“Uncle Merlin!” screamed Belle as a large pink crocodile materialised behind him. Turning, Merlin quickly vanished magically inside his hat. Mim caught it, and, chuckling, delved a paw inside, only to shout “Ouch!” as a blue tortoise with glasses bit her finger. Merlin landed on the floor and began to trot as fast as he could away from her, but Mim was faster and gaining.

“Change to something else, Merlin!” cried Arthur.

“Hoppity...aha!” Melrin changed quickly into a blue hair and leapt away, only Mim snapped his tail in her jaws, pulling most of it off. “Now, really!” Merlin snapped, trying to wrench it from her, only for Mim to turn into a pink fox and chase after him again.

“Come on, something bigger!” cried Archimedes.

“Uncle Merlin!” Belle cried as both animals dove into a fallen log.

“Merlin?” called Mim from inside. “No disappearing!”

A small blue caterpillar hurried up from a hole in the top of the log and began to make his way along a small twig.

“Oh-ho-ho!” Mim chuckled, spotting him, and then a large fat pink hen came out from the log, jumped up and seized him in her beak.

“D’ouch!” Merlin exclaimed as, given the elasticity in his body and Mim’s weight, he was flung off the log and into the air. Clucking happily, Mim ran around beneath, waiting for him to fall. But Merlin became a walrus and squashed her. “Mim? Mim? Are you...now what’s happening? What’s going on?” he exclaimed as a large pink elephant materialised beneath him.

“You big blimp!” Mim snapped, seizing him in her trunk. But then Merlin became a mouse and frightened Mim away. But then she became a pink and black tiger. “Watch me, will yer?” she exclaimed, jumping on him. She missed and Merlin was about to bite her tail when she became a snake. “Ah-ah-ah-ah, Merlin!” she chided, going to swallow him, but Merlin threw her tail in the way and she bit that instead. “Ouch! Ooh!”

“Just you wait!” Mim snapped, diving after Merlin into a hole in the ground. Merlin popped up through a hole the other side and pushed a stone under it. As Mim came up, she hit her head on the stone and fell down, dazed. Merlin turned into a crab and snapped at her a few times, and then his claws clamped around a horn as a large pink rhino emerged from the ground. “So yer want to play rough do yer?” she asked. “Alright, Merlin, I’ll smash yer!”

She charged towards a broken tree, overlooking the river, but Merlin leapt aside and she became stuck in the trunk.

And he turned into a charging billy goat.

But Merlin butted her and she and the tree toppled into the lake. Then, Belle threw her hands over her mouth as a pinkish-purple dragon emerged from the lake.

Merlin ran for it as she spouted fire at him. He turned into a mouse and dove into the hole in the ground. “Leave him alone!” Belle cried, but Mim blew fire into the hole and up came Merlin, blowing his tail out. Mim caught him in her claws and hooted with triumphant laughter. “Oh-ho! I win! I win!”

“No, don’t!” Belle cried and Archimedes quickly held him back.

Chuckling, Mim opened her hands, but Merlin was...

“Madam, I have not disappeared,” said Merlin’s disembodied voice from nowhere. “I am very tiny. I am a germ. A rare disease. I am called malignalitaloptereosis... and you've caught me, Mim!”

“First you break out in spots,” Merlin told her, and Madame Mim did so. “Followed by hot and cold flushes, oh, and violent sneezing.”

And Mim let out a sneeze that sent a jet of fire their way. Belle, Archimedes and Arthur all ducked to avoid being burned.

Later, in Mim’s house, Merlin tok her temperature. “Oh, it’s nothing too serious, Madame,” he said, in a doctorly tone. “You’ll soon be as good, I mean as bad, as ever. I recommend bed rest, and lots and lots of sunshine.”

Merlin, Belle, Archimedes and Arthur took this as their cue to leave. “You were brilliant, Merlin,” said Arthur. “But you could have been killed.”

“It was worth it,” Merlin replied, “if you’ve learned something from it, lad.”

Arthur thought for a minute. “Knowledge and wisdom is the real power.”

“Right you are, boy, so stick to your schooling.”

The next day, Belle made her way into the castle to collect Arthur for his lesson. To her chagrin, the dining hall was not abandoned, as it had been the previous morning. Kay was sitting on a chair, backwards, so his arms were lolling on the back of it. He gave her what she could only assume to be a flirtatious look. “Mornin’!”

“Good morning,” Belle replied, trying to be polite, as she glanced around the room. “Where’s Arthur?”

“Around,” Kay shrugged. “So, have you heard? I’m to be knighted at Christmas.”

Thinking about Christmas reminded her that she had Arthur’s Christmas present already hidden away up in the tower. It wasn’t anything fancy, just a scarf made from plain green wool, but she had spent a lot of time on it and she felt that Arthur probably hadn’t had a proper Christmas present before, or indeed a proper present of any kind.

“Yep,” grinned Kay. “And then if I win this tournament, I could be King!”

“Really?” Belle asked, dully, wishing Arthur would hurry up and emerge from the kitchen, or wherever.

“And then I’d be looking for a Queen.”

“I beg your pardon?”

Belle laughed. “Look, Kay, or rather Sir Kay, three things. Firstly, you bully Arthur, and show him no kindness whatsoever. Secondly, I would marry for love and not because some knight wants me. And thirdly, you happen to be the most primeval, boorish, brainless oaf I have ever had the misfortune to meet in my life!”

Belle smiled, sweetly. “Kay, I wouldn’t marry you even if you were the last man on Earth. I’d sooner marry a beast.”

That was when Arthur came hurrying up and Belle swiftly swept him up to the tower for another lesson. 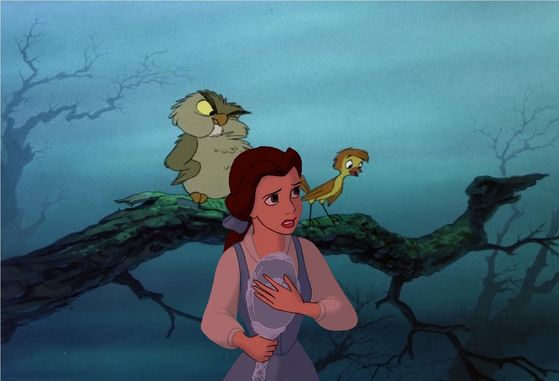 “She only wants rules so she can break ‘em!” 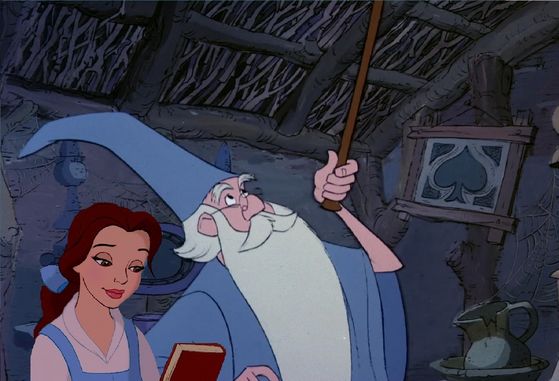 I recommend bed rest, and lots and lots of sunshine.” 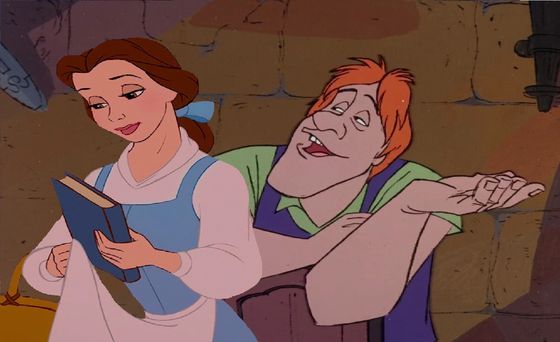 "You happen to be the most primeval, boorish, brainless oaf I have ever had the misfortune to meet in my life!”
aydenhicks and kristenfan10109 like this
abbygrace I see what you did there, with the 'I'd sooner marry a beast.' Funny 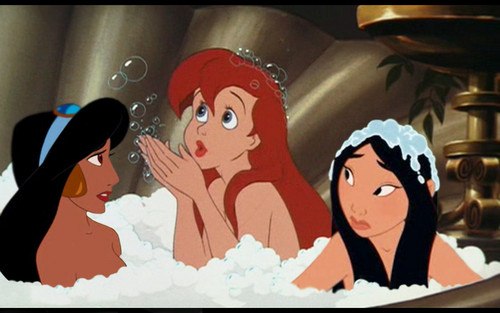 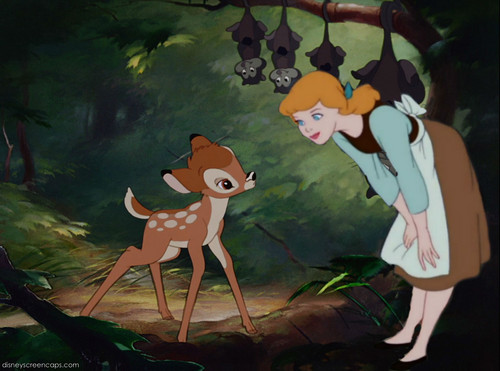 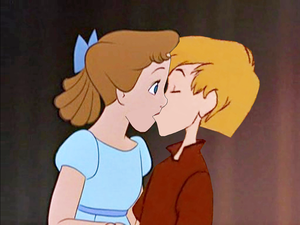 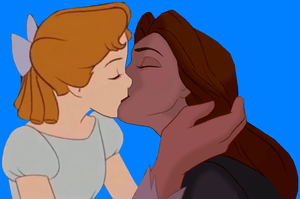 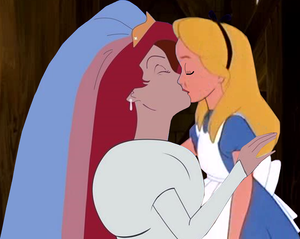 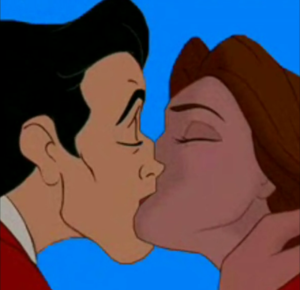 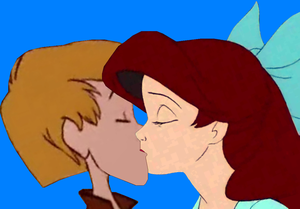 Violet and Hiro
added by Megara_
Source: Me, Megara_,Disney, Pixar 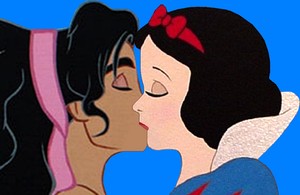 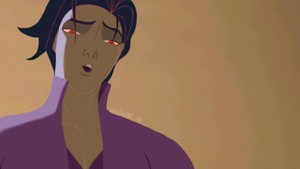 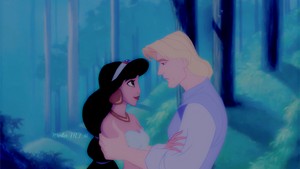 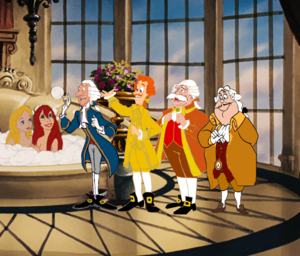 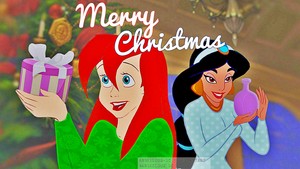 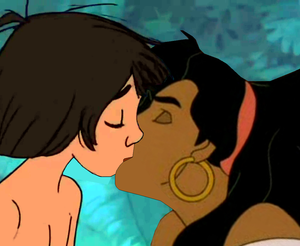 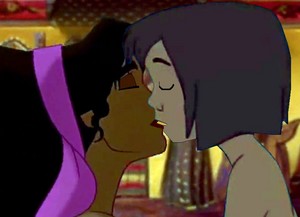 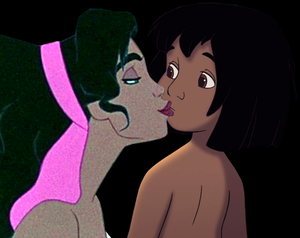 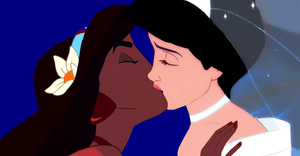 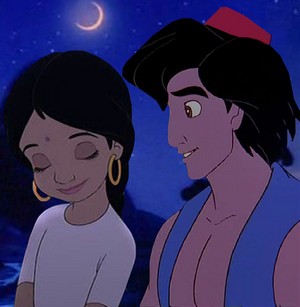 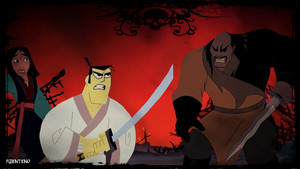