Shattered Dreams- A Ariel and Rapunzel Fanfiction
posted by sturmelle15
Rapunzel was devastated over the fact that her dreams to see the world with Flynn were shattered. He was her everything and finally he was gone from her life forever. But she wasn't about to let stop her. She was determined to find someone else. And sure enough she did for the second she returned to her tower after burying Flynn, Ariel was already in her tower. Hello. How can i help you? asked Rapunzel. Oh. Oh my. You nearly scared me half to death. said Ariel, backing up slowly. Don't be afraid. said Rapunzel. Anyways, i saw you checking out my tower and wanted to know if you needed anything. said Rapunzel. What i want is for you to let me stay here. said Ariel. Uh, i don't think that's such a good idea. said Rapunzel. Look, it's not that i don't trust you or anything, i just would hate to have my tower made a mess of. said Rapunzel. Did you make those yourself? asked Ariel, looking at Rapunzel's wall drawings. I sure did. You like them? asked Rapunzel. Yes. said Ariel. Listen. I was wondering if you had feelings for me. asked Rapunzel. Well, now that you mention it. I kinda do like you. said Ariel. Good, because i reserved a spot in my room where we can make out in pea-Rapunzel began to say before getting her sentence interrupted by a kiss on the lips from Ariel. After a moment of being kissed on the lips by Ariel, Rapunzel gave in. Wow. That was the best make-out session ever. said Rapunzel. Later that night, in Rapunzel's bedroom, Ariel ran her fingers through Rapunzel's short brown hair. Suddenly Melody opened the door to Rapunzel's bedroom and asked to tend to some business with Ariel quickly. Rapunzel, i love you dearly, but i have to do something quickly with my daughter. said Ariel. Okay. But don't keep me waiting forever. said Rapunzel. Rapunzel couldn't believe how lucky she was that Ariel was officially her girlfriend. I need to talk to you about something. said Melody Sure. Name it. said Ariel Are you going to live with Rapunzel? asked Melody Melody, she just lost her one true love, Flynn and so because she did, she's going to need someone to live with her and i happen to be up to the task. said Ariel After talking with Melody, Ariel went back to Rapunzel's bedroom and closed the door on the way back in. 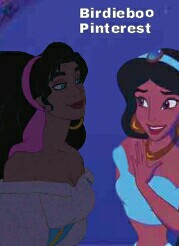 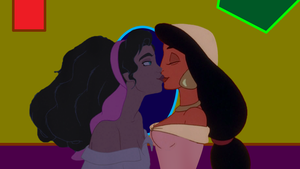 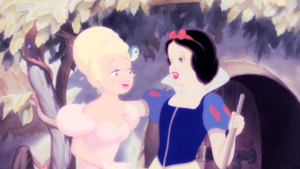 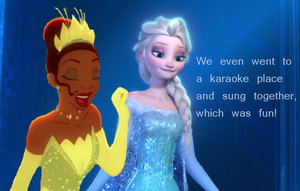 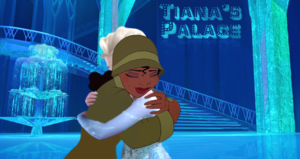 Tiana x Elsa
added by bigpurplemuppet
Source: Disney.
Land and Sea - A Belle and Ariel Fanfiction
posted by starfire-falcon
Author's Note: Since it's femslash February I've decided to upload my completed Ariel/Belle crossover. I want to send my sincere thanks to link on Fanfiction.net whose story (link) inspired this tale.

Synopsis: The journeys of Belle and Ariel become irrevocably intertwined when a kidnapping, assassination attempt and shipwreck lead them to one another. Will the plots of those around them give these women the chance to discover a happiness both have only dreamed of?

Chapter 1 will be the next article posted. 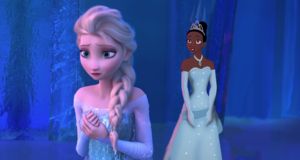 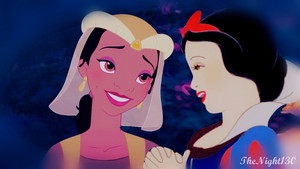 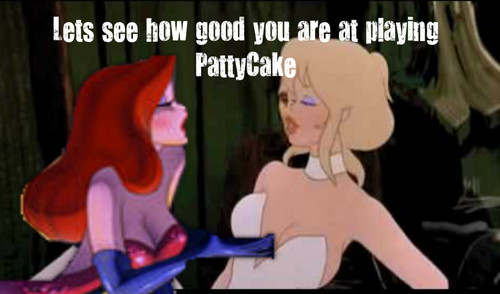 PattyCake
added by Riffraffdaff
Source: me 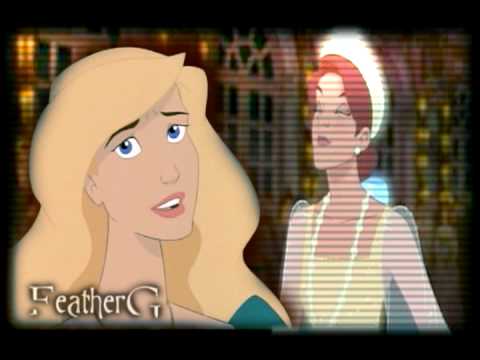 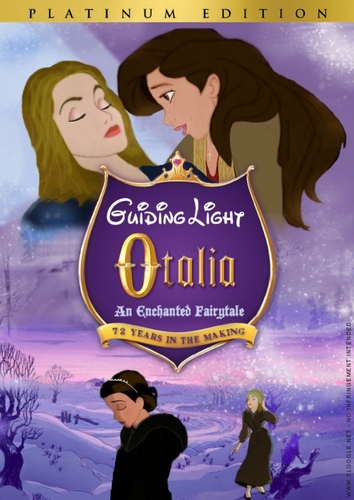 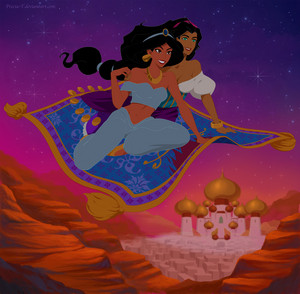 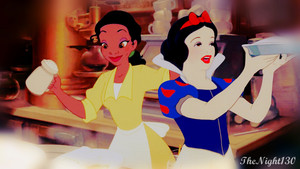 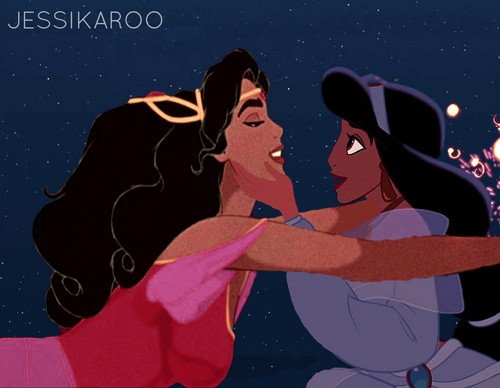 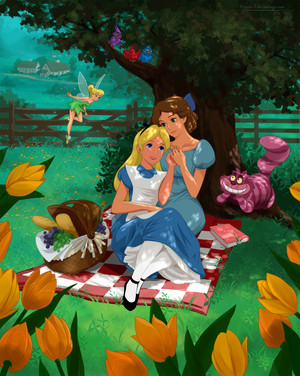 1
A Quality Time Picnic at an English Countryside
added by mandygirl78
Source: Precia-T/Mandygirl78 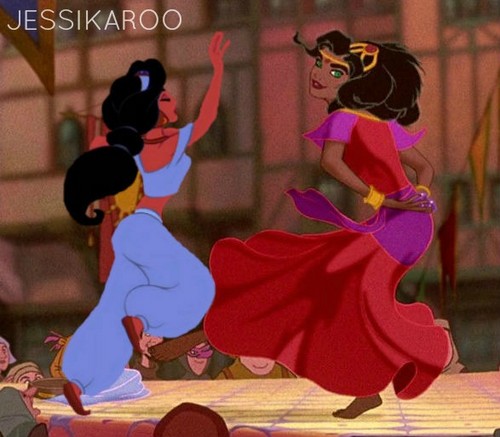 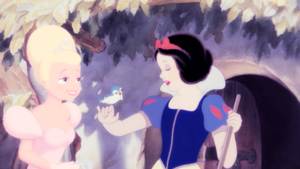