3
Top 10 Disney Princes I would settle down with
posted by dimitri_is_hot
I feel kind of weird making this article but oh well, as long as I keep some of you entertained. I didn't take looks and how much I love their character into consideration. I care more for personality but obviously, I couldn't be with someone that I don't find the least bit attractive. I think they're all decent looking, better than the average man so it's really who I think are ''husband material''. 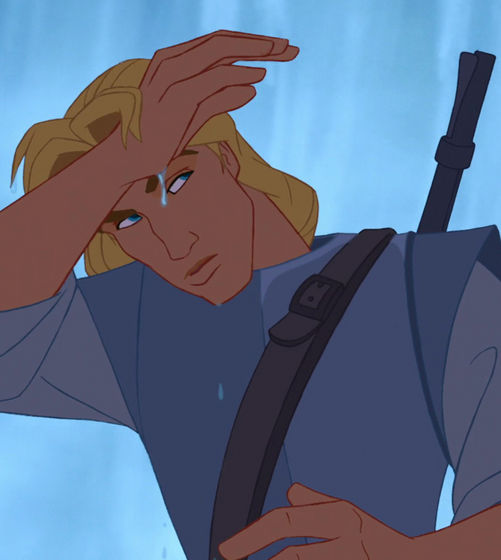 10. John Smith
He doesn't look like he's got a mind of his own, he'll just agree with everything I say without really understanding me. I usually like people who just speak up their mind, whether it's negative or positive. I just feel nothing for him. 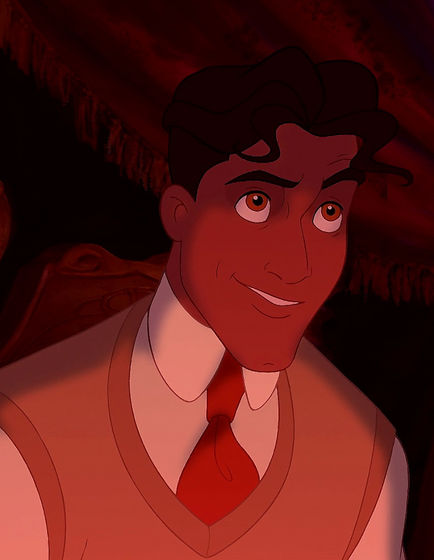 9. Naveen
He's kind of cocky and too concerned about his own appearance. Not my type at all even though I like his character. He was a player and that would really bother me even if it was in the past. Also, laziness is a huge turnoff, Though, it's great that he chose Tiana over some rich girl at the end. 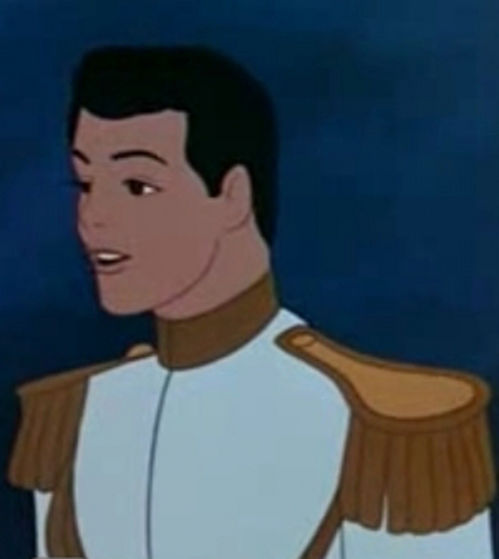 8. Charming
So what he kind of fell for Cinderella's looks, that is what attracts people. If he didn't want any girl before and suddenly chose me. I would be so flattered that I was the only girl he wanted to marry. But he's pretty vain and he's kind of forgetful. It would really get on my nerves. 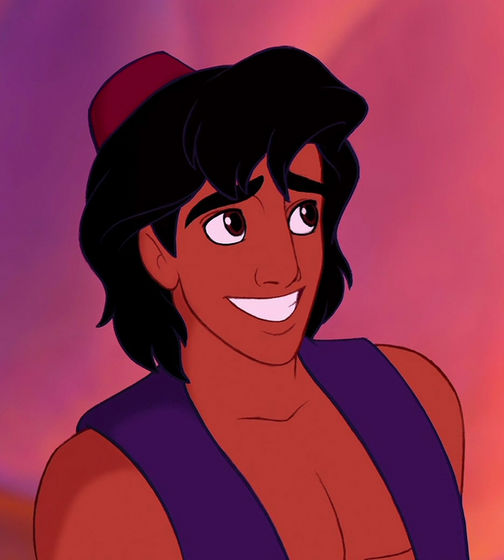 7. Aladdin
He only steals what he needs which is fine but he wishes for things to happen without really working it out. I love Aladdin very much but I wouldn't really think of committing to him. He's cute and fun all right but I care more for other things. Even when Jasmine wanted the truth from him, he still lied to her. Jeez, at least he meant well... 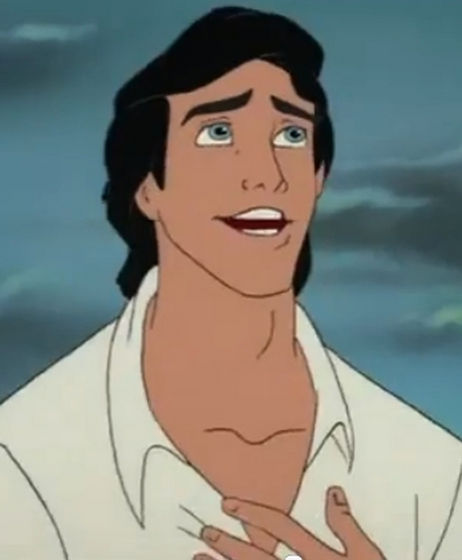 6. Eric
He's looking for the right girl, quite cute huh? But he has his mind set on marrying that girl too much if you ask me. After that, he sort of fell in love with Ariel for her voice. Anyhow, he seems like a passionate kind of guy. 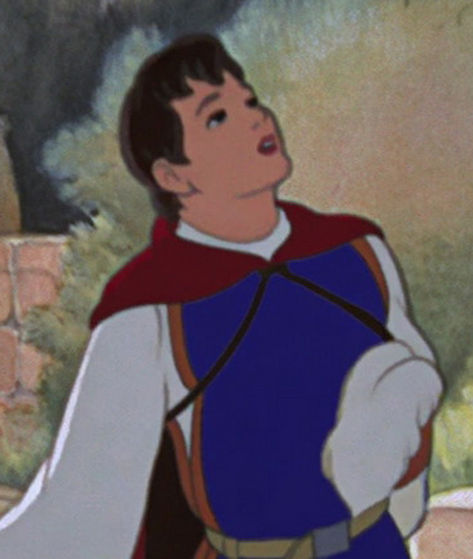 5. Prince
We didn't see much of him so I can't put him higher. But from the looks of it, he's kind, caring, sweet and considerate. He loved Snow White so dearly. I wouldn't mind him singing every day. 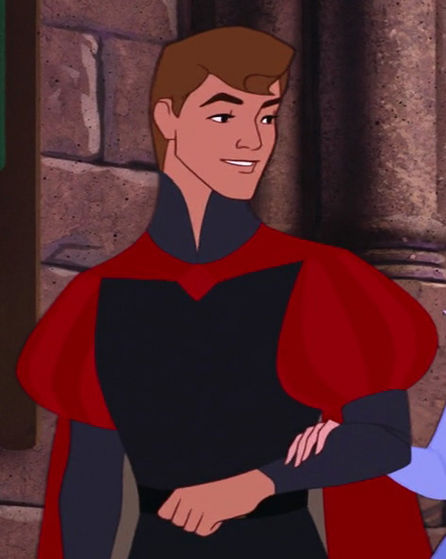 4. Phillip
He's really diligent and brave, I love it. He doesn't care about social status but on the downside, he doesn't really listen to what his father has got to say. Also, he was kind of a creep when he first met Aurora, it only looks cute because he's good looking. But at least he really does everything he can to get what he desires and that is very important to me. 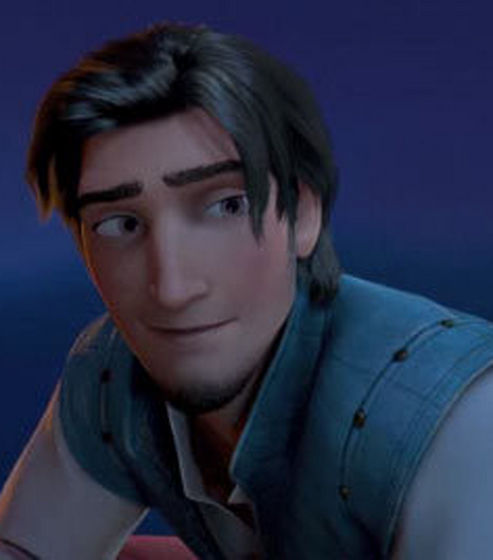 3. Flynn
He was a thief and that's why he's not higher. But aside from that, he was willing to give up his life for Rapunzel's freedom, he's not just interested in getting some. She brought out the best in him in the end. Plus, he would make me laugh a lot and I can relate to him. 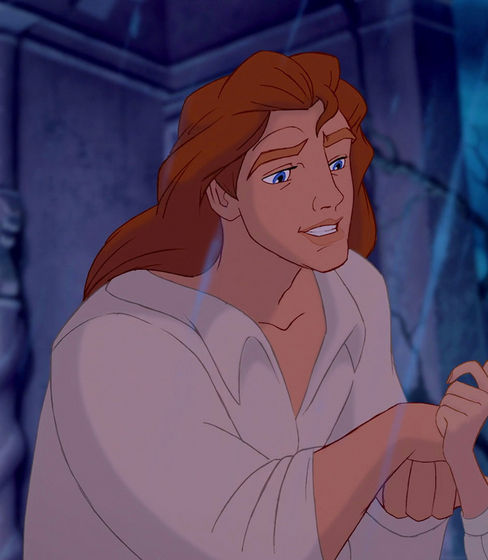 2. Beast
Come on now, nobody's perfect. I can get hot tempered too, plus he was being aggressive for a good reason. He truly loved Belle more than anything else. To make this shorter, if he gave me that huge library of his, I would've married him immediately anyway. 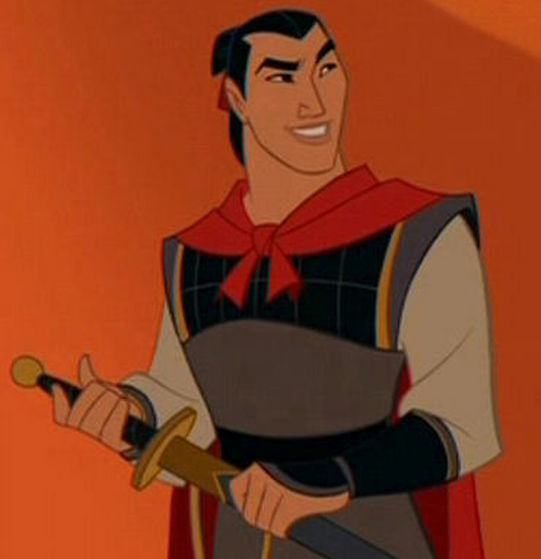 1. Shang
He's strict yet kind, exactly my type of guy, he'd be perfect if he was real. He's disciplined, respected, strong, protective, perseverant, he just has so many good qualities. He lead a whole army and did a fine job at that, he works really hard. Though his views on women were annoying until the end that is.
sunnysunsunny, fahmad27 and 1 other like this
KataraLover This was very interesting with very valid points. I think I might do something like this but with the Disney Princesses, if you don't mind.
dimitri_is_hot Thank you :) and of course not, go ahead.
Jayden-G Very interesting article. It's funny reading what people think about cartoon characters. Most of your list makes complete sense, and even with the one or two I did not agree with, your points make me want to change my mind. Good article as always
auroraxaurelia Oooo, this article is a good idea I might do one too if that is okay. I liked your posts and agree with a lot of them.
dimitri_is_hot ^Of course! Thank you both of you :)
shanyuisboss I liked your list and reasonings, Shang would probably be my number one choice as well. I would have put some people higher though, but great job!
dimitri_is_hot Thanks :)
Jessikaroo What a cool idea. Personally, Adam/Beast would be a lot lower for me because of his abusive tendencies and anger issues. (Yeah, he got over them. but abusive people always have that chance for relapse) and Id always be afraid of that. I know it's cliche, but Eugene would probably be my #1. Great article! (Would you mind if I do an article like this somewhere down the road?)
dimitri_is_hot Thank you :) and wow I don't mind at all. Really glad some of you think it's a good idea, I thought people would think I was silly.
CodyVenusTrent I loved this article especially the parts where you described Flynn and Snow White´s Prince. The main sentence that was my favorite was " I wouldn't mind him singing every day" when you wrote about the Prince because it´s exactly what I always thin when I listen to "One Song". It´s so romantic (wish some guy would sing it to me, I would be melting). It´s a shame we didn´t get to see more of him in the movie. Great Article
dimitri_is_hot Thank you :D
rhythmicmagic Nice article, it was entertaining and you made a lot of good and interesting points!
dimitri_is_hot Thanks :)
fahmad27 It was really cute! I agree with most of your points about the men.
dimitri_is_hot Thank you :)
Swanpride Na...nobody beats Phillip....and Beast is a little bit too high...but otherwise, I agree.
dimitri_ I got to read your comment because I'm working on an article a little like this, though I'm not sure if I should post it here or the Disney Princess club. But Phillip would be in my top 3 this time and yeah... Beast would be lower.
DIAMELA I would not mind settle down with Eugene
Stitch1993 Great list. Mine (settle down list) 1) Philip 2) Eric 3) Shang 4) Naveen 5) Charming 6) Adam 7) The Prince (Snow White) 9) John Smith 10)Kristoff 11)Aladdin 12)Flynn
wanderingchild7 Good article! Of course on my list the Beast is the first. <3 <3 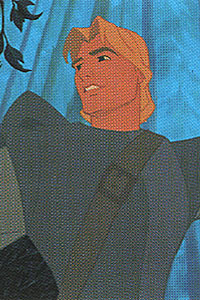 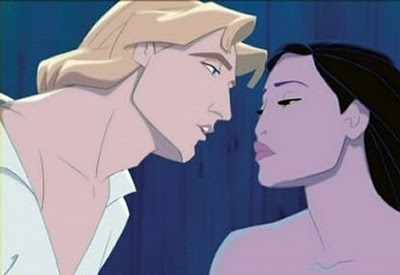 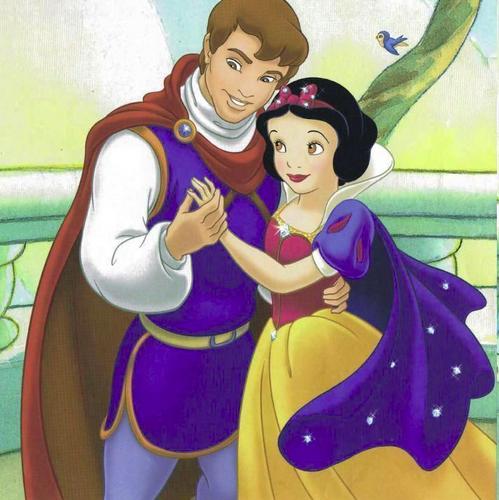 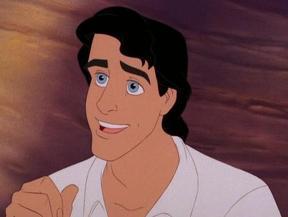 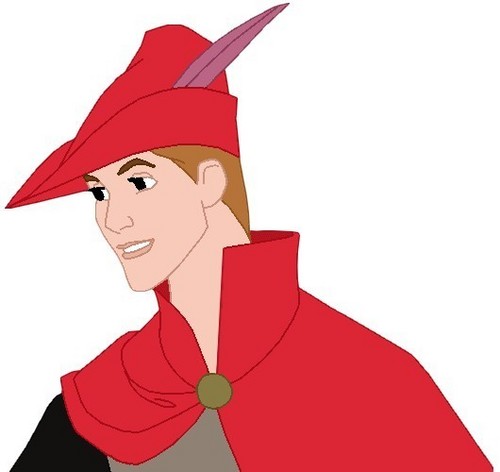 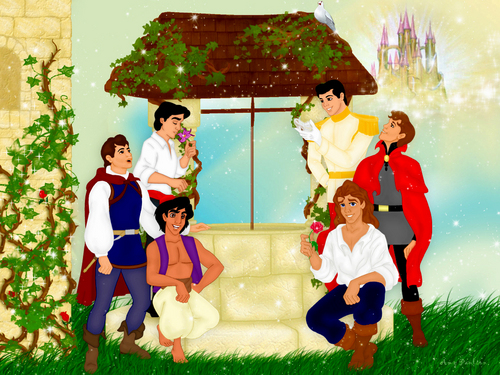 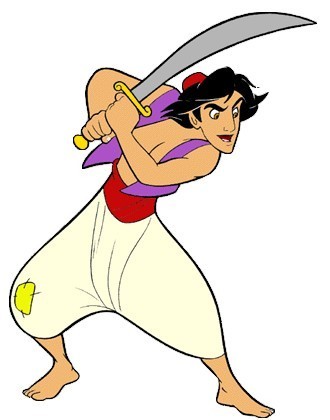 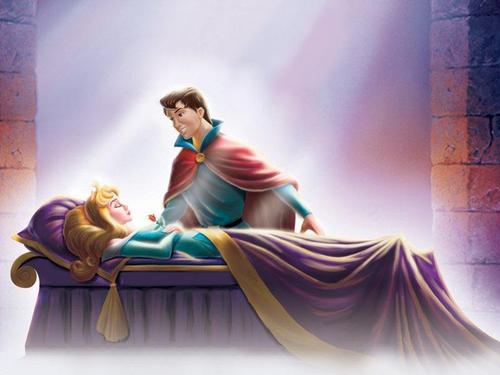 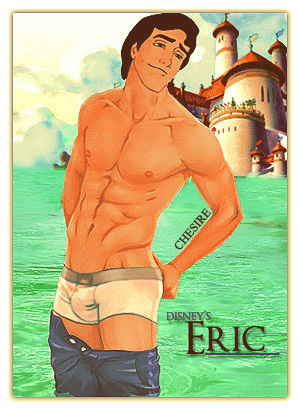 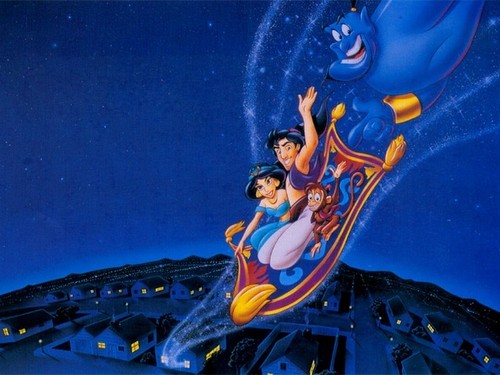 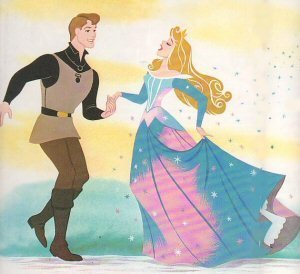 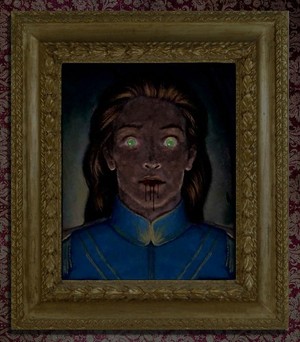 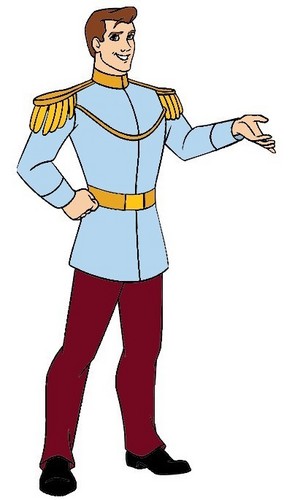 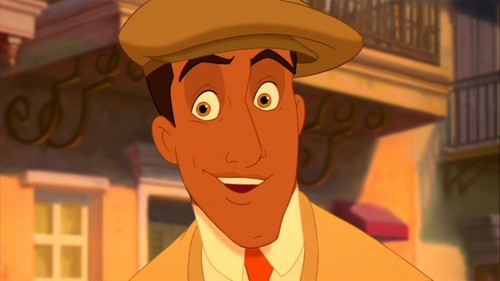 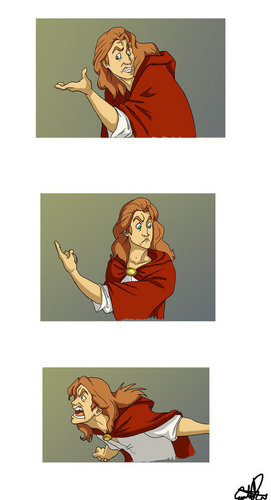 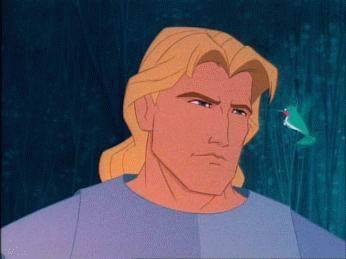 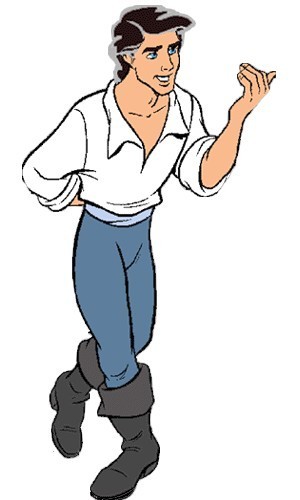 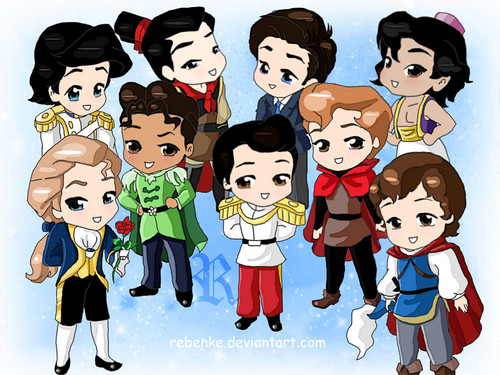