1
FOTM Interview: dweeb
posted by courtney7488
dweeb was our third Fan of the Month for April 2010. She was interviewed by alafastanzio.

So the Disney Princess fan for the month of April is Dweep! Congratulations! I for one have noticed all the work she's been putting into our spot and whole-heartedly agree with the verdict. So let's get right down to the interview shall we?

How long have you been active on this site?
I think I joined in the late summer of 2009. Me and my best friend wanted to find out which Disney Princess was the prettiest so we looked it up and got to this site. But it wouldn't let us vote unless we were a member so I made an account. I named the account "dweeb" because I felt like such a loser for joining. Then I went a few months not going on at all. And then I think near the beginning of 2010, I found my way back on and became addicted.

Where does checking this site typically fit into your daily schedule?
I check it mostly every day, occasionally I miss a day. Sometimes I don't do much, I just chat with people about the princesses and answer quiz questions. And I go through phases where I'm sick of it and don't come on for a while. But most of the time when I'm on, I like to be an active member and post some picks or write an article.

What was one of the nicest compliments or comments you’ve gotten for your contributions to this spot?
Being named Princess Fan of the Month! I was not expecting it at all, the last time I checked the poll was the day it was posted and I was in third place. I just assumed I wouldn't win and then yesterday found out I won. I'm flattered that so many people have acknowledged my contributions to this site.

You wrote the fanfic Princess Pea: A Royal Pain for Every Disney Princess. What made you come up with that character?
I called her Princess Pea because my little sister's nickname is Pea. Which is totally random but I thought it was catchy. Anyway, she's kind of the stereotypical teenage girl of the modern world. Boy crazy, shallow, a shopaholic. But the whole point of her story is that she meets all the other princesses and then is brought back down to Earth.

What do you like most about her?
I love that she's funny and has a lot of sharp wit! None of the Disney Princesses are nearly as witty as her. She is just this huge diva but you can't help but love her because she's so bitchy, in a hilarious way.

How much/in what ways are you like Princess Pea?
I can be bitchy but I always do it in a funny way, just like her. I'm not nearly as mean as she can be, but I still see a lot of myself in her. She's based off of myself in exaggerated form. Snow White is also an extreme character. By that I mean, she's cheery and sweet 24/7. I pretty much made Pea the polar opposite of that.

Which Princess do you most aspire to be like and why?
Mulan. She is so much more than just the girl who saved China. She started out as a girl with good intentions but a lot insecurities weighing her down. She felt a lot of pressure to live up to her society's expectations but in defying them, she did the most extraordinary thing possible. She's proof that every wrong step is a step in the right direction. If she had done well with the Matchmaker in her opening scene, she probably wouldn't have gone to war. She even admits in the film that she did it more to prove herself than just for her father. She's a great role model because even though she's not the prettiest, or most popular girl, she believes in herself and shows everyone that if you follow your own path, you will succeed. Not by following the path everyone else has you on. Mulan is the most dimensional Disney heroine in my opinion.

What is your fondest princess-related memory?
Definitely pretending to be Ariel at the cottage with all my childhood friends and family. They always let me be Ariel because I was the youngest. They would be my mersisters and we would spends hours swimming in the lake going on adventures. Also, I used to run around the grocery store pretending I was Snow White in the forest. I'd literally scream at everything and then throw myself on the floor and pretend to cry. I'm not afraid to admit I was a little bit of an attention whore.

Do you have any form of Disney Princess memorabilia (visible or hidden)?
I have lots of Ariel stuff. Dolls, towels, socks. I used to have a soap holder that was Ariel holding a sea shell and then you put the soap inside the sea shell that she's holding. My dad has all these little keychain figurines from Disney World like Tinker Bell, Aurora, Ariel etc. I don't really buy anything like that anymore mostly because Disney Stores are overflowing with Hannah Montana crap these days. Sadly, the princesses have lost their spot as Disney's number one marketing ploy. But they'll always be first in my heart.

What do other people think of your passion/obsession for Disney Princesses?
Not many people know about it actually. A lot of people know I like Disney Princess but I would never dream of telling them the extent of my obsession. My mom knows because I go on Fanpop daily to check on the Princess page. I think the reason I love Fanpop is because it's a place where you can share thoughts on a common obsession with people who are just as major fanatics as yourself. You feel less judged about it than in the real world.

If you met someone who had never seen a Disney movie before (god forbid) which princess film would you want them to watch first in order to set a good impression?
Hmm...I would probably get them to watch The Little Mermaid because it's my personal favourite. Either that or Aladdin because Robin Williams is so hilarious in it. But I think after watching Aladdin first, all the others would be a bit of a let down because none of them are as rich in comedy.

Why do you think the princess films are important to American culture?
Snow White and the Seven Dwarfs is extremely significant in American culture. It's considered the greatest animated film of all time by a great deal of film critics. Beauty and the Beast was nominated for Best Picture of 1991 which was a huge deal because it showed people that animated motion pictures can be taken seriously when done well. I think they are important because fairy tales were always Disney's biggest successes. That's why they went with Cinderella when Disney needed to rake in some big bucks. That's why in the eighties, The Little Mermaid was their first hit in years. That's why the renaissance did mostly fairy-tale type stories. Disney realized that fairy tales were their most praised area of expertise. So they stuck with it. And then they realized how many little girls adored the heroines of those fairy tales and voila, they made the Disney Princess line.

What other princess fairytale would you like to see made into a Disney movie?
I would love to see Rumpelstiltskin. Can't you see that being an awesome Disney movie? And how cool would it be to have a princess film that's named after its villain? They would obviously have to change some plot points. Because if I remember correctly, the main girl is told by the king that if she can't spin the straw into gold, she'll be executed. But if Disney did their usual slightly altered, more family friendly version of the story, I think it would have alot of potential. Also if they did Jack and the Beanstalk and threw in a princess that was trapped in the giant's castle, that would be pretty cool too...

If you could sit in on a creative meeting at the Disney Studios for the next Disney Princess film, list 5 things you would suggest.
1. 2-D traditional animation. They could blend in some CGI like they did with all the renaissance films but I still want to see all hand-drawn characters and backgrounds.
2. Alan Menken music. The man is a complete genius.
3. I would like the heroine to start off as a damsel and then learn to be more independent. It would be nice to see a princess who needs a wake-up call. With Beast and Naveen, it was always the prince who needs to change and the perfect girl who helps him do it. I'd like to see it done the other way around. A girl who needs to stop being a damsel in distress and a guy who helps her realize her full potential.
4. A tragic villain. A villain who does evil things but you can't help but feel a bit sorry for because they are a dimensional character and not just labeled "the evil villain" like the Queen, Ursula, Jafar etc.
5. A really solid story. Not overly complicated plotwise. Easy to follow but still entertaining. I found The Princess and the Frog a bit fuzzy in areas. I kept wondering: What is Facilier's motive? Why is there another guy who looks like Naveen dancing with Charlotte? Obviously everything was explained eventually but I still found the plot a bit too busy. The classics were easier to follow and I'd like them to get back to that. 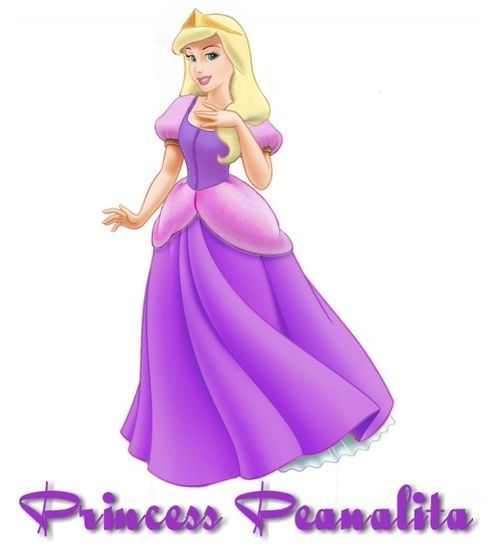