Which one have the best Eyes?
Here are the the Results from the Best Disney Prince Eyes Countdown as voten by you!! 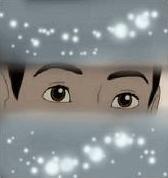 Well in my opinion (and all the other fans' opinion) he has the worst eyes out of all the princes and like TigerRanma said his eyes are only look good in his close-ups when he dance with Cinderella and you can see his eyelashes and in the third movie!

What Fans Said:
blablablu95 - i hope he and the Prince leave soon!
Mongoose09 - they display no emotion..
sweetie-94 - They look so horrible, I actually like most of the others.
pretty_angel92 - omg, charming looks dead. ahah xD anyway, the prince actually has blue eyes but it's difficult to see it
ppgbelle4 - lol He looks like a zombie. The Prince's eyes are prettier, but they are hard to see...I bet he will leave next.
TigerRanma - Very dull. The only time they look good is when he's dancing with Cinderella and all you see are his lashes. In Cinderella III, they look cute and have more expression.
VGfan30 - Charming's and Flynn's eyes are the only two that I don't really care for.
alexon31 - His eyes look kind of boring... 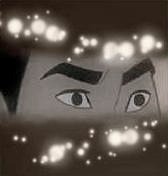 Ok there's no wonder why his eyes are in the bottom of the Countdown his eyes are so colorless they doesn't even have a highlight!

What Fans Said:
BelleAnastasia - His eyes are just little, black circles. They have no distinctive characteristics and they are not pretty in any way... And I hate the color.
Mongoose09 - booorrringgg
milky-way - Nothing to them, really. His eyebrows do all the work.
loveandbeauty18 - It's too plain
alexon31 - meh... 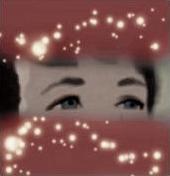 Ok the biggest problem with the Prince's eyes is that you can hardy see them and don't have any detailed close-up in his movie where you can see his eyes clear anyway his eye color is stunning and is shape of his eyes is pretty in my opinion!

What Fans Said:
blablablu95 - Because you can't easily see his eyes!
Mongoose09 - looks like he's gonna hypnotise me any second
PociandSmith - The color is nice but the shape...huh.i can barely see them. Not to mention that he's looking like it's the christening of his nephew. . so cheerfull or shoud i say cheerFOOL? Hell, you're looking at a woman. Yes,as you have may understood I judge the colour the shape and the way he looks xp
ajotma - I like Shang's eyes. How are these any better?
ppgbelle4 - They are really hard to see. 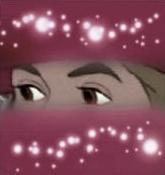 Phillip's eyes eliminated so fast NO WAY! Well i guess it's because almost all of the three classic Princess are so unpopular in almost every countdown! But i think the biggest problem with his eyes are that most of the movie are black exept from his close-up where it has a dark brown color.

What Fans Said:
blablablu95 - Out of these i think Phillip should leave
Mongoose09 - not bad, the others are just better
pretty_angel92 - can he leave now? pleeeeeaaaaase
CuteDiana - the others better
ppgbelle4 - Not as nice looking as the others.
ajotma - Rather boring. 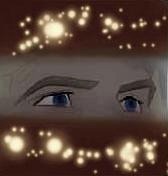 The biggest shock in this countdown was that John Smith's eyes were so low i mean no one comment about his eyes when he was eliminated! But
*COUGH*CODYVENUSTRENTSWEETWOLFCHAN*COUGH* 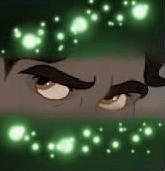 First of all i want to apologize about Naveen's eyes because at that time i was only count by the votes not by the comments. Anyway his eyes are gorgeous and a lot fans like his eyes because of the beautiful hazel color they have! 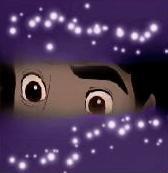 Aladdin's eyes actually win over Flynn's eyes in the votes but because of the whole rigging scandal in the DP spot i decide to count only comments Anyway his eyes are beautiful the shape is lovely but only one thing is wrong they are too big for a guy they make him look like a Princess!

What Fans Said:
BelleAnastasia - Aladdin's eyes are ok, but nothing special.
PociandSmith - Aladdin's eyes are bad and the same goes with Flyn's eyes. Why the hell are they still here?
Pocahontas1Fan - I really don't like Aladdins eyes but I do love Flynn's eyes!
ppgbelle4 - So big and...too doe like. They appear too feminine too me.
Mongoose09 - can't believe he's in top 3 over John Smith
ppgbelle4 - Okay Flynn, time to go! I don't get why he is still here while Naveen is gone...they both have very similar eyes. (If it is because of the CGI... -_____-) 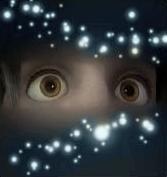 Ok Flynn's eyes were a shock for me to came so high I mean his eyes are pretty and detailed but it's a CGI version of Naveen's Eyes and only that there's nothing so special about them! 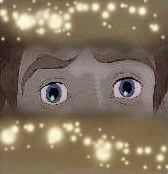 Just like JonnaSe said his eyes are part of the story even when he is a Beast his eyes are still beautiful showing that he has still beauty in his heart! Oh and in my opinion i think he should won in this Countdown!

What Fans Said:
chesire - Adam's eyes are darker than Eric's. His eyes are not that noticeable.
BelleAnastasia - I adore Adam's eyes!
milky-way - I prefer Adam's eyes.
TigerRanma - Eric's eyes are a lighter shade, aren't they? I like the shade of blue that the Beast has because it's darker.
Mongoose09 - Beast deserves to win this IMO.
SarahCorine - I love Beast's eyes.
VGfan30 - Yeah, I think I like the Beast eyes more.
iHyrule - Adam's are weird to me. 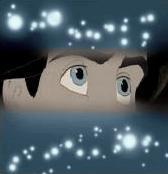 Well it wasn't a surprise that he won in this countdown Eric win in almost every countdown here as i have seen here! Anyway his eyes are really expressive and the color is so beautiful i also like the fact that they aren't too big but not too small just perfect!

What Fans Said:
tiffany88 - Both have blue eyes...aww I love the blue eyes! But Eric's eyes a little bit better.
chesire - Adam's eyes are darker than Eric's. His eyes are not that noticeable.
ppgbelle4 - Gosh, I love both of their eyes, but Eric's win for me. <3
CuteDiana - i like the Beast's eyes, but i prefer Eric's. -le porn eyes-
JonnaSe - While Beast's eyes are part of the story (well, that's the way Belle sees that the prince is the beast), but just look at Eric's eyes! LOOK AT HOW HE LOOKS AT EVERYTHING! OMG, THOSE EYES <333
cromulanfav - PORN EYES, well, both are blue, but Eric's are bigger, so, I guess Eric
princesslullaby - Not crazy about either. I'm not nuts about blue eyes, but Eric's are really pretty. Never saw what was so special about Beast's.
alexon31 - Both of them have great eyes, but Eric´s are...I don´t know special, they have more life, they´re more charming.
Chatleen and Ashley-Green like this
Mongoose09 nice article, thanks for using some of my comments! =) agree with some of it but John Smith and Naveen would definitely be higher on my list. and i think some people are biased with Eric, to be honest. i think if Eric had Beast's eyes and Beast had Eric's eyes then Eric still would have won.. but whatever.
blablablu95 ^^I agree i think Eric win just because people find him to be the most handsome prince not because of his eyes!
boolander25 Hnnng Naveen's eyes. They should've won.♥ Nice article.
blablablu95 ^thanks! and althought i didn't want Naveen's eyes to win he should be highter!
CuteDiana Great article, good job. for me the Beast should be lower and Naveen WAY higher, his eye are gorgeous <3 and i don't agree, Eric IS #1 as the most handsome for me but that's not why i voted for him, i did because i prefer his eyes over the Beast's, AND i prefer Naveen's eyes over Eric's jsyk.
PrueFever Darn, some comments are really rude!
blablablu95 ^^^CuteDiana calm down i didn't want to offend i just say my opinion!
CuteDiana ^lol i'm calm, i'm just saying that i'm not being biased, like some people sometimes is :3
blablablu95 ^ohh ok then :)
BelleAnastasia Good job! The Prince's eyes would be higher on my list, and the Beast's eyes would have won. The rest of them I am pretty much happy with.
blablablu95 thank you!
sheep2901 super agree with PrueFever
PociandSmith I think Smith should be number one.I can't understand how he was eliminated with no comments about him.Anyway,i think it's unfair that Flyn and Aladdin are so high but i agree with most of them.But still i can't understand what happened with Smith.No comments for him but he was eliminated?He has better eyes than Flynn or Aladdin. I agree about Eric.He's handsome but his eyes are big and the colour is not as deap blue as Beast and John.But anyway... I'm a bit dissapointed but i love the way you wrote the article.Only one question.What's *COUGH*CODYVENUSTRENTSWEETWOLFCHAN*COUGH* ??
SarahCorine I was so hoping that Beast would win. His eyes are so magical. How does that saying go? You can see someone's soul through their eyes. Well something like that, and you really can.
alexon31 Very nice article!
blablablu95 ^thanks guys
milky-way I thought the Beast must have won judging by the title of this haha. Great job on the article, just a shame it was rigged at the start! I think John Smith and Naveen should both definitely have beaten Aladdin. "*COUGH*CODYVENUSTRENTSWEETWOLFCHAN*COUGH*" - lol!
blablablu95 thank you!!
loveandbeauty18 good article! I think Naveen or John Smith should have won. I don't agree with the places but very well written
7
LEAST FAVORITE TO FAVORITE LOVE STORY
posted by SarahCorine 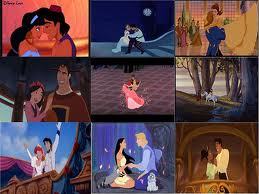 All these cool articles on here and I haven’t written one, so I just had to. I noticed that no one wrote an article about love stories and let’s face it, that’s one of the reasons why we love them. Because of their amazing love stories that we ourselves could never get unless we go to war, lose a shoe, trade our voices, play dead, or become a prisoner. Keep reading to see who made it to the #1 spot and check out the added bonus at the end. (Princess and the Frog not included)

This isn't the official Countdown of favorite songs, merely our collective favorite songs from each movie. There weren't many surprises in store, however, Fanpop has proved two things: 1) we love emotional ballads sung by the princess, and 2) We have impeccably good taste. :)

1) The popularity of this film proves that deep down, most of us Fans are the romantic types. In this opening song, the sweet, romantic, charming tone for the film is set, and we get to hear Snow White admit that what she longs for most in the world is true love. Fortunately for Snowy, he happens to be just outside...
continue reading... 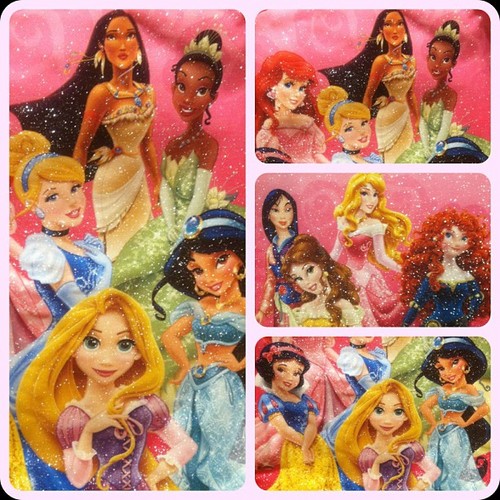 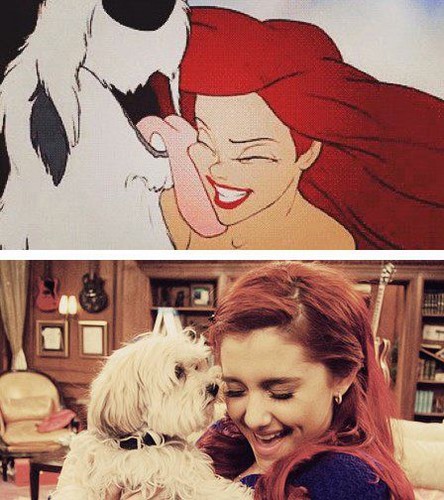 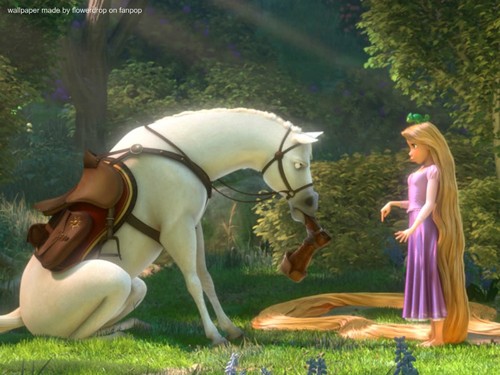 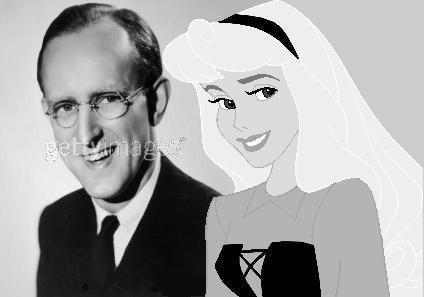 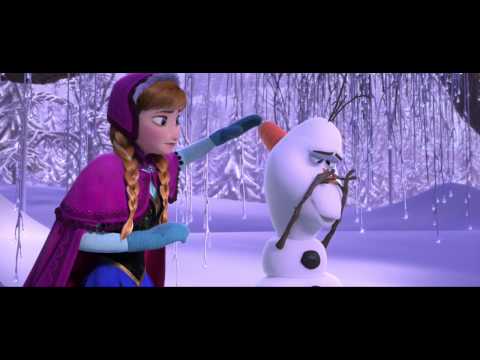 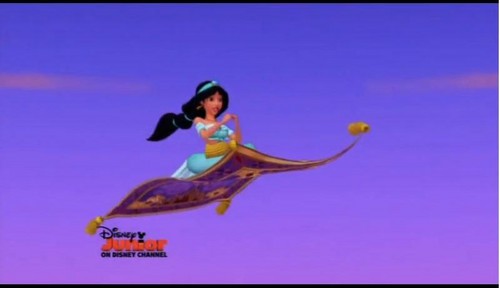 4
Jasmine in Sofia the first
added by PrincessFairy
Source: Disney 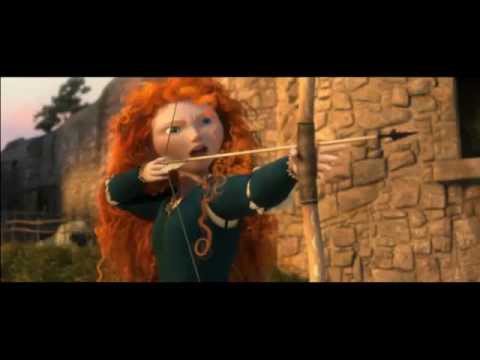 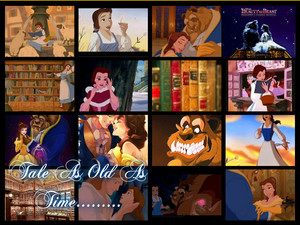 2
Tale As Old As Time
added by EnchantedRose7 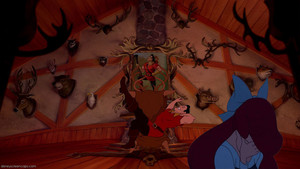 4
No one can sing like Gaston
added by ARIEL-RAPUNZEL
Source: http://disneyxovers.tumblr.com/page/6 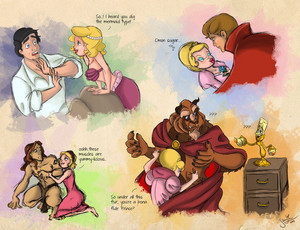 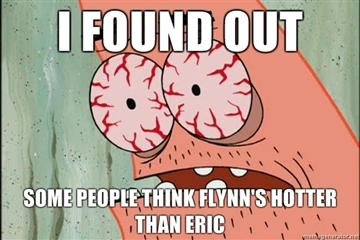 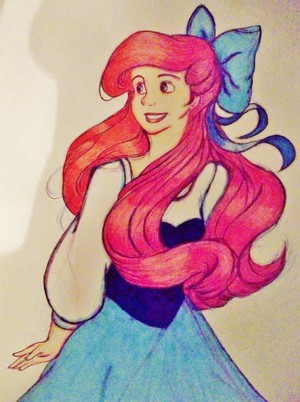 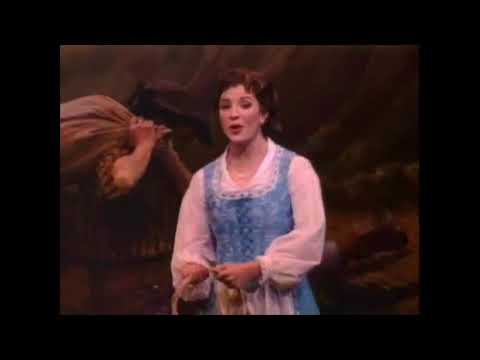 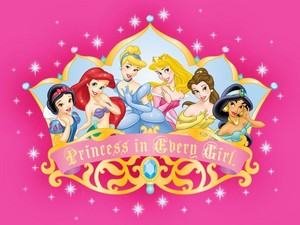 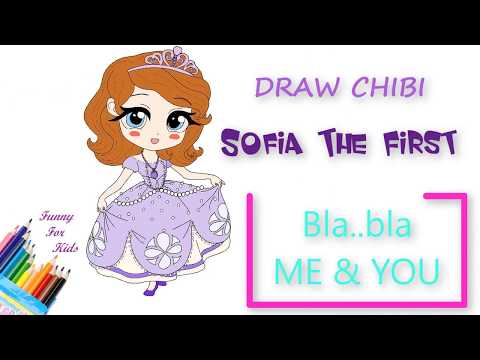