3
MissCinico's Top 10 Cutest Disney Babies
posted by MissCinico
There's a lot of really cute babies animated by Disney so it's time to show some appreciation to them! The list includes all Disney Animation Studios movies.

Such an underrated scene, it's so touching when the the little puppy actually makes it. It's a tiny little thing with a pink nose and a white coat and even if his eyes weren't open, it just made it cuter. It was so heartwarming as a child and still is now. I couldn't help wanting a puppy of my own after this scene especially seeing his little nose peek out and snuggle he father's. It's so cute and totally worth the mention. 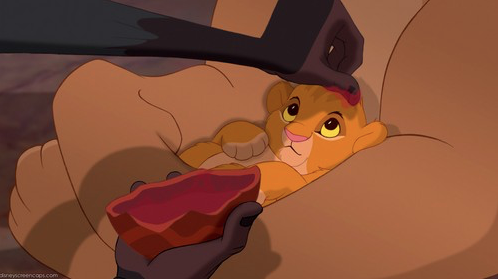 The one probably iconic baby moment when Simba gets lifted up above the crowd. I never really though of baby Simba as particularly cute when I was little, but now with my recently love of animals I've noticed his fuzzy head and the little paws. I really shouldn't try to connect kid Simba with baby Simba, because kid Simba isn't very innocent or cute, whilst baby Simba is a lil' chubby fluff ball. The animation helps, but baby Simba is pretty adorable.

I used to think that Hercules was one of the uglier babies with the big upper body and the weird head shape, but despite looking nothing like the adult Hercules I find baby Hercules really cute. Especially when he sees baby pegasus for the first time and they butt their heads together my goodness I just want to take their plushes home with me. The animation in this case works against the cuteness, but I think Herc' still ends up cute, but he's at his cutest when he's still in Olympus with his mom in dad because of the glow they put around him for his godliness. Anyway, overall he has a very nice baby face. 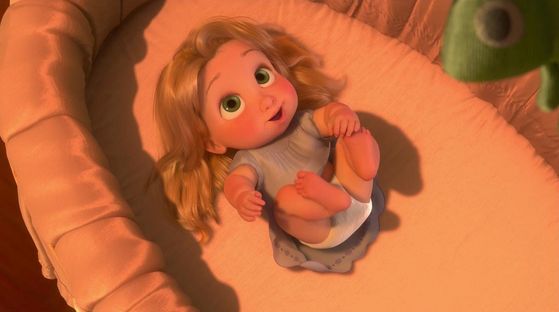 Ever seen a baby with a full head of hair? Neither have I! But none the less baby Rapunzel is probably the prettiest Disney baby and not necessarily the cutest. She looks almost like a toddler, but like the most beautiful toddler ever. Rapunzel has those glowing cheeks and the cute little feet, my favorite feature is probably the mouth gurgles that she makes. I feel like there's too much eyebrow going on, but that's probably what makes her seem more pretty than cute. Anyway, all praise baby Rapunzel the Abercrombie & Fitch model of animated babies. 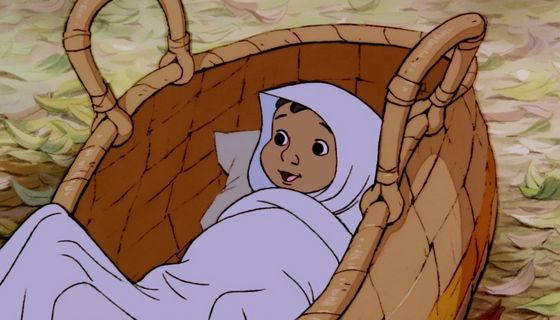 Mowgli is such an underrated baby moment, everybody screams about Tarzan and Rapunzel, but Mowgli's always left out! It's a short scene so that's probably why, but Mowgli deserves more recognition. He's got them classic baby cheeks, but much cuter dough-eyes than all the other babies previous. Not only that, but he's a cute brown baby with tiny feet that he's wiggling under the blanket and it's just really cute for the brief moment when he giggles like ohmygosh, what a baby moment. The only thing to mention would be his nose his a tad bit different, but that just means he's a unconventional type of cute. So, yes, baby Mowgli's absolutely adorable.

From the direct-to-dvd classic The Little Mermaid II Melody I think is also one of the cutest Disney kids out there, but baby her is just precious. She has cute aqua blue dough-eyes and a small button nose. The way (presumably Ariel) styled her hair is very nice and I especially like that it's curly and black like mine was when I was little (now it's more brown and wavy). Not to toot my own baby horn but baby Melody actually looked a lot like me so maybe that's why I find her so cute, but I think everyone thinks she's a nice looking baby. I would have her higher, but I think the animation hindered her adorableness slightly.

I've always had a thing for white coated dogs and puppies and when I saw Bolt in 2008 I immediately wanted one of my own. He's just so fluffy, with the big eyes and the little paws, and he's lil' tail. I'm getting way too mushy with these descriptions, but I mean I just find him so cute. I don't really know what breed Bolt is, but he looks close to a pit bull terrier face, my personal favorite breed of dog, and his ears add to the cuteness as well. Also in the scene where he's being all clumsy and chewing the carrot is just the best animated dog moment in history!

People have told me that on technicality Moana is a toddler here and sure, but she's always referred to as baby Moana on Fandom, and that's good enough for me. Baby Moana is a cutie, she's got the cheeks, the short hair that cups her face and the big eyes. I particularly like her brown eyes and the little puffiness she gets under them. Her nose is big, just like Mowgli's, but I just find that cute it makes me want to pinch it and do the cliche "I got your nose!" But, yes, she's adorable I can only hope to have a baby that's as cute as her.

Hands down the cutest Disney animated animal, my goodness. I think the fact that he's an elephant helps, since elephants are naturally pretty cute animals anyway (or at least most people perceive them to be). I mean, the animators already had a pretty cute animal to work with then gave him cheeks, round blue eyes, and his big floppy ears. I also really like his tiny feet they're like little mittens I want to make him wear little tap dancing shoes. And when Dumbo smiles or giggles he just looks like a small ray of sunshine. Unfortunately his cuteness comes at a cost, because it just makes the sad scenes way sadder and when he cries after he sees his mom it breaks my actual heart.

The Lord of the Apes started off as the cutest baby in drapes (kill me). Anyway, I love baby Tarzan, he has all the cute baby features big eyes that are the famous shade of aqua blue, a tiny button nose, chubby cheeks on his little found face, and short brown hair. I love how his adorable cheeks are all flushed too. His ears are kind of big, yet endearing as well and he doesn't have eyebrows (which babies aren't supposed to have anyway) and all together he's just the cutest bean I've ever laid my eyes on. Someone send me a personal baby Tarzan! <3
angelKake, JungleQueen13 and 1 other like this
princesslullaby  BABY LUCKY
SarahCorine Yes. I love Dumbo. He's my favorite Disney character. And he's so cute.
MissCinico @princesslullaby YES, I'M NOT SURE HOW TO RESPOND TO THAT. @SarahCorine Yes, he's adorable!
Mongoose09 This article thawed my cold, black heart. Baby Bolt <33
JungleQueen13 The baby animals in particular always tug at my heartstrings, especially Dumbo, bless him. Nice idea for an article!
MissCinico @Mongoose09 Literally, same, I needed some cuteness in my life. @JungleQueen13 Thanks! I'm glad you liked it. 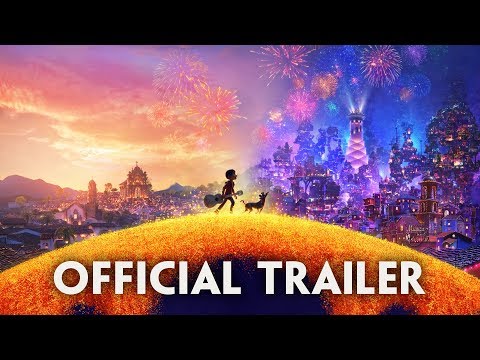 3
Official US "Find Your Voice" Trailer - Disney/Pixar's Coco
added by Winxclubgirl202
This Thanksgiving, experience an all new comedy adventure for the generations. The latest trailer for Disney/Pixar's Coco is here!
video
disney
pixar
coco
2017 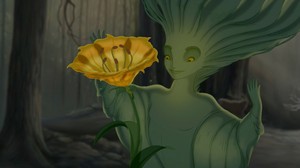 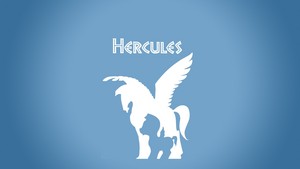 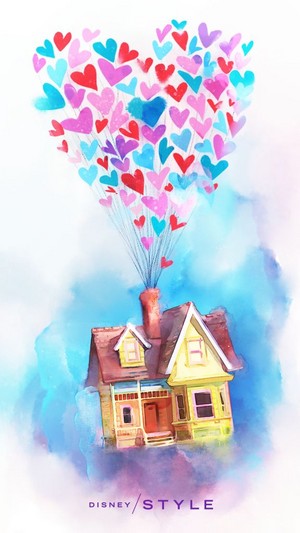 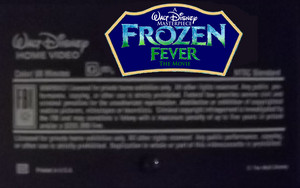 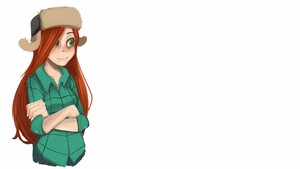 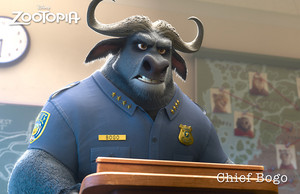 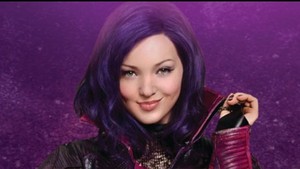 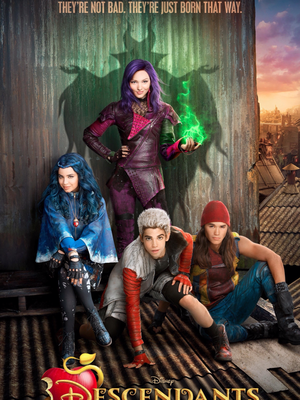 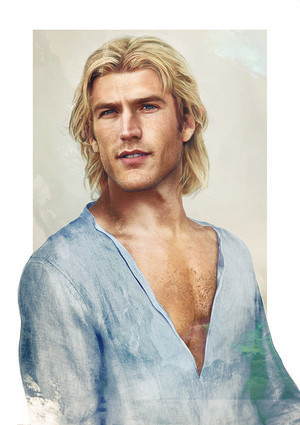 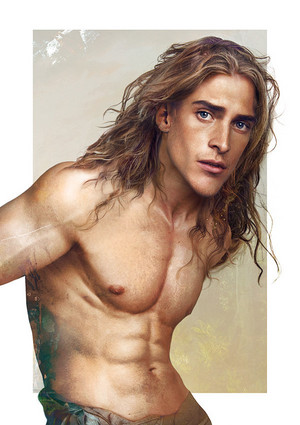 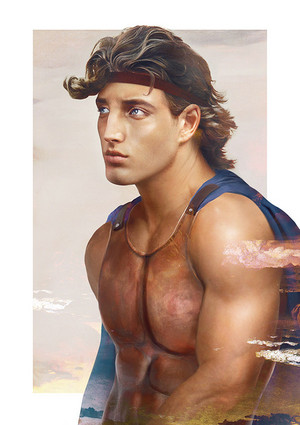 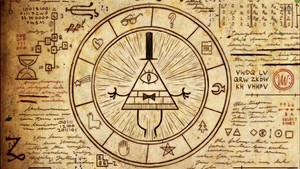 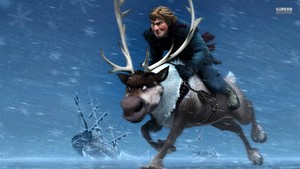 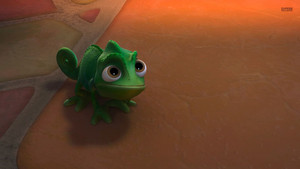 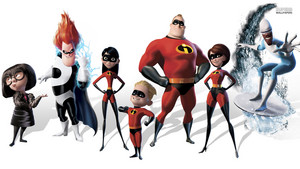 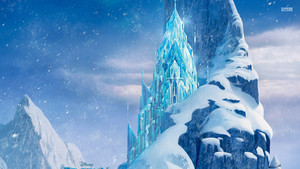