Nick was going to be late for the Train ride to the Academy and he hadn't called yet, so I had to go to his home and wake him up. It was quite hard for the other officers to believe Nick would actually go to the Academy, but they said the same thing about me. Just five days ago I met Nick Wilde and together we have caused quite a stir in ZOOTOPIA, the “First Rabbit Officer” partnered up with a “Con-Artist Fox” to bring down the corrupt Assistant Mayor! It almost sounded like something you would find in the Gossip magazines from the ZOO-NEWS.
I bounced as fast as my bunny legs could let me as I raced to the Old Red Brick Bridge in the Middle of Zootopia. Nick only made money from his scams so he could eat, he never had enough money to afford a real home and as far as I knew, his parents didn't support him. He had lived and slept most of his life under that bridge. He never complained to me about it, he loved living there. If Nick graduated from the Academy, his life would be much better. He had given up on scams and I managed to erase his criminal record for him, my own fancy way of giving him a farewell present.
“NICK! GET YOUR FURRY BUTT OUT HERE!” I yelled as I reached the Bridge, Nick was nowhere to be seen. I looked over the side of the bridge and was about to yell again when Nick stuck his head out, a look of surprise on his face.
“Judy….., what are you doing here?”
“Nick, do you know what time it is?”
“Yeah, it's 4 in the morning.”
“No, it's 7:00!” Did Nick not know he slept in?
“Look at the Clock Tower, it is 4:00. you are very early.”Nick said with obvious amusement on his face. I looked at the clock tower and it did say 4:00. I really was early.
“OH! I guess I got a bit over excited, sorry I woke you.”I was so embarrassed.
“You really need to lay off those carrot cocktails. They make you bunnies more hyper than you already are.”
“Nick I don't Drink!”
“I know, I was merely trying to lighten the mood carrot girl. Besides, I was already awake.”
It was then that I noticed Nick was shirtless, his green-leaf shirt was neatly folded in the grass. I knew I shouldn't be looking but I wanted to. Nick noticed this and pointed at his back.
“Hey, get down here. I need you to check my back. Finnec said he put a tattoo there and I want to make sure he was lying. I am not a Tattoo type of Fox.”
I jumped over the edge of the bridge and landed perfectly in front of Nick.
“Now that I got you down here, I need to ask you an important question.”
“Blue or Black?” Nick said as he held up two suits. The Answer for me was obvious.
“Blue.” Nick put the Black one next to his Green shirt and preceded to look the blue one over. As I watched Nick I realized I had no Idea how he managed to get a hold of two expensive looking suits. A pinch of worry tugged at my heart, He better not have done what I think he did.
“Nick, where did you get those? You didn't ste--”
“Of Course Not! Mr. Big sent these to me.” Mr. Big hated Nick, why would he send him suits?
“Doesn't he want you frozen?”
“After you saved his daughter and he let us go free, he decided to forgive me since I am your friend. I guess I got two birds with one stone, well in this case one bunny.” Nick said with a smirk.
It was true, I did save Mr. Bigs daughter. She was going to be flattened by a giant Donut, but I managed to catch it at the last second. Mr. Big was going to kill us but she told him what I did and we were let go. Mr. Big even let us stay for his daughters wedding.
“Judy, can you go wait up there while I get dressed?” Nick said.
“Sure, I'll be waiting!” I said as I made a mighty leap back onto the bridge.”Don't take too long.”
Nick stuck his head out one more time. “Don't rush me, I need to make myself look cool and stylish. Unless you want me to go naked?” Nick laughed as I failed to throw a Rock at his big head. Jerk.
Twenty Minutes passed and eventually Nick came up on the Bridge wearing his new suit. I was speechless, he looked so much more …….different in that suit. Nick pulled at the collar.
“Judy do you think I need the tie?”
“No, you look alright. No need to show off.”
“You sure I look good in this? I'm not a fan of suits.”
“Nick, it is perfect! I'm sure you will make a god impression with the instructors.”
“Thanks Judy, I mean it.”
Nick gave me a big smile and looked off into the Distance. “Lets go.”

It was a short walk to the Zootopia Train Station, it gave me time to think about things. Nick was going to be gone for a few months, I was going to be without my Partner, My best friend. I looked at Nick as he confidently walked, he has changed so much. He isn't a clever fox that scams people, He has become a confident, brave fox ready to protect his city. I am so proud of him. But at the same time I am also sad. I have gotten so close to nick, it will be strange without him. I have spent my whole life not alone, I have always been with someone: My parents, My siblings, The police cadets, and now Nick. I want to experience police work on the streets with him. My dream was always to do my police work patrolling the streets, working the sidewalks. But now, Nick shared that same dream with me. It wouldn't be the same doing it by myself. I will keep being a Meter Maid, working the parking lot and the meters. I will sacrifice these couple months while I wait for Nick, wait for him to join me again.
“Well, we are here. Any parting words Judy?” Nick said as he turned around to face me. I had been so deep in thought that I hadn't noticed that we had reached the platform. The Academy train was right in front of us, ready for boarding.
“I have only one thing to say to you Nicholas Wilde. I will be waiting for you, partner.” I said as I gave him his boarding pass. Nick gave me a Nod and walked onto the train. He stood in the doorway for a moment before He turned around and gave me a salute. I responded with my own salute.
The Doors of the Train closed and I watched as the it left the station. I now knew what it felt like for my parents when I left home to become a ZPD officer. It is a feeling that is not describable. It will be hard without Nick, but I will learn to let go of my sadness and grab hold of the future…... 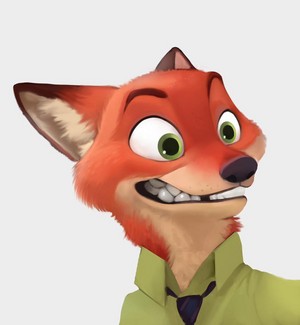 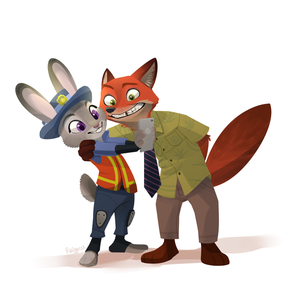 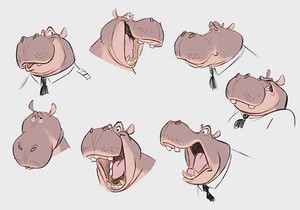 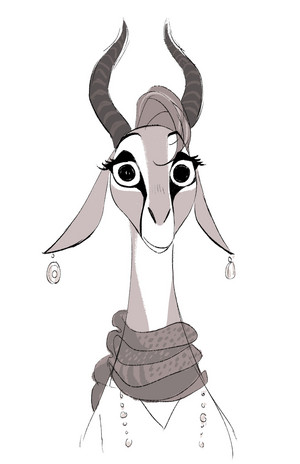 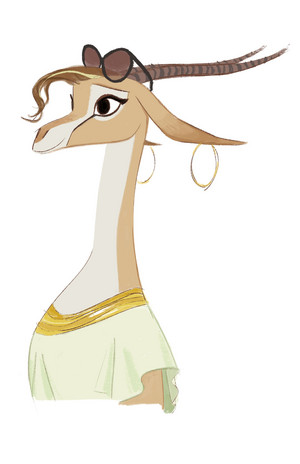 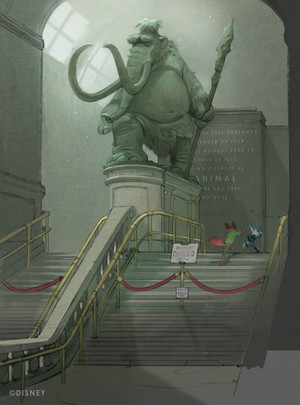 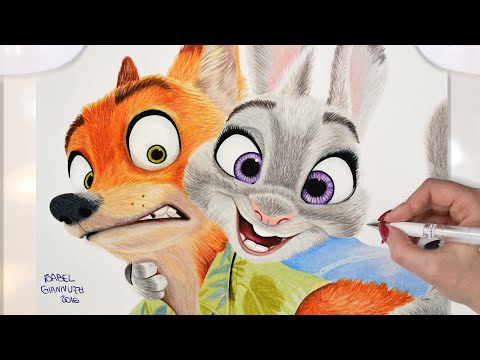 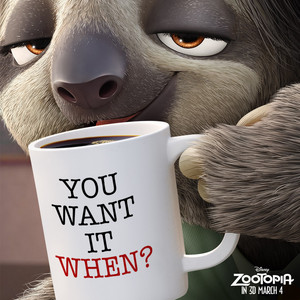 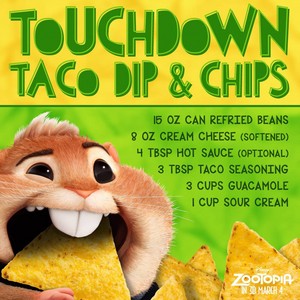 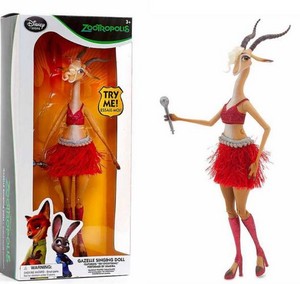 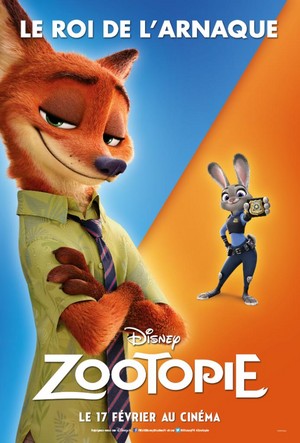 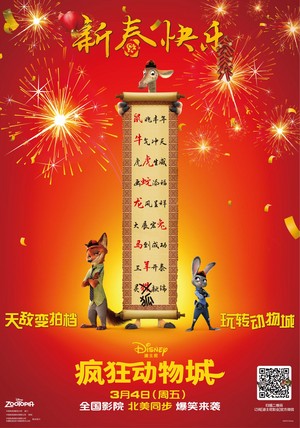 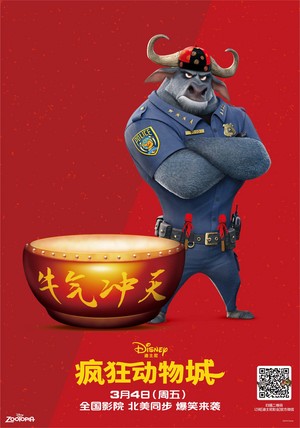 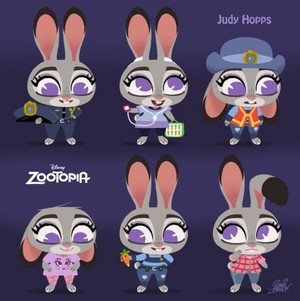