4
The Importance of Rose Tyler
posted by princesskagome
There are a lot of hate on Rose for her being mentioned so much after series 2 and I honestly do not understand why it annoys people. If you know the Doctor well and watched the first two series of new Who then you shouldn't be so annoyed.

Lets look at the facts. The Doctor met Rose right after the Time War, where he literally lost his home and his people. Although he was a rebel he still was incredibly attached to his home and he lost it. He did not have any anchor left so he was filled with anger and guilt. The first person who actually got under his 'shield' was Rose. He was sad, nothing left to lose and then truly began enjoying his adventures after he met Rose.

Before that he did not seem to mind the idea of dying as he said it to Rose the first time he met and saved her. When he worked with Rose it gave him a thrill that he didn't think would ever find again. He found that she made him better even in the first episode because he came back and asked her twice. Before her he had never asked anyone twice. He needed something and he saw that something in Rose. But his trust and faith in Rose was not fully formed yet. He did not want to suffer a loss so soon so he tested Rose to see whether she would leave him after a bad adventure by taking her out to see the Earth's end on her first adventure. This way Rose gets the taste of the life with Doctor and if she wanted to leave she could leave then. That way he would be less attached to Rose. He also wanted Rose to feel how he feels and took her there. But when Rose decides to stay it warms him more because it was then he understood that she wouldn't just leave him.

After this both of them become closer and start trusting each other irrevocably. The Doctor even deems Rose 'the Best'. Also his attachment to Rose is shown even more when she is 'disintegrated' by the Ann Droid in 'Bad Wolf'.

The Doctor's face becomes blank, obviously going in shock because of the loss. The shock soon turns into anger and he even steals a gun when he, Jack and Lynda get out of there. This is important because the Doctor hates gun yet he took it after her loss. He even sacrifices his life (literally) to save Rose. But even while dying he dies in peace because Rose, in a span of only a year, healed him enough to be better. Although he still has the guilt even as Ten the guilt is less compared to his Ninth incarnation. The Ninth Doctor was born in a war whereas the Tenth Doctor was born out of love for Rose. So his attachment to Rose becomes two-fold in that incarnation.

They show affection more openly and rarely fight like they did before his regeneration because they solved all their problems in his Ninth Incarnation. The trust and affection between the Tenth Doctor and Rose becomes more palpable with time. His trust on Rose is shown in 'The Satan Pit' where he explicitly says that he 'believes in her'. He is certain that she would save herself and his blind trust on her is shown. The Doctor knows Rose can take care of herself, she doesn't necessarily need her but he needs her. His affection and attachment to Rose is shown also when he violently he reacts in 'The Idiot's Lantern' after he sees what the Wire did to Rose. He becomes a loose canon and dark. It was the first time he acts more like his Ninth incarnation because before that he was more happy go lucky. He thrashed out because for the moment he lost the only thing anchoring him to humanity.

This is shown again in 'The Runaway Bride' because after losing Rose he becomes darker; he kills the Racnoss and also by just stands there watching them die. Rose anchored him to humanity and he had learned to depend on her. She was there since he lost his home and since his Tenth incarnation's birth. When she was snatched away from him so cruelly he lost himself momentarily.

In fact, in 'Turn Left' it is shown if Donna wasn't there to snap him out then he would have committed suicide right there.

This attachment is very hard to get over. After Gallifrey she became his anchor and with her lost as well, it wounded him. There is no way he would over night just forget her. Rose Tyler healed him, understood him and seemed to complement him. So obviously he would without a doubt, mention her in series 3.
Stampyfan545, DoctorWhoRox13 and 2 others like this
princesskagome Oops my links didn't work, never mind
labyrinth75 I'm sorry but I still hate Rose Tyler. I understand the Doctor would mention her in Series 3 because of his loss at the end of Series 2. But the reason I hate her is because of the way she treats people. For example Mickey and Jackie, she treated them horribly. Look at 'World War Three', Jackie has only just seen her daughter after a year of her being missing and then she turns up and then she leaves again after a day. That's just...you don't do that to your mother who has been worried sick for 12 months. And Mickey, her last words to him at the end of 'Rose' Rose: Thanks Mickey: For what? Rose: Exactly Mickey obviously cares about her! I'm sorry but that's a horrible thing to do to anyone who cares about you. And another thing, she's still in a relationship with Mickey until 'Boom Town' yet she flirts with Adam in 'Dalek' and 'The Long Game' and she flirts with Captain Jack in the Empty Child two-parter. How is that respectable? That's disrespectful! I'm sorry but out of the main companions of the new series (Rose, Mickey, Jack, Donna, Martha, Amy, Rory, River and Clara) Rose is my least favourite companion for the reasons I have mentioned above. I just can't like a character like that. And by the way, although I hate Rose Tyler that doesn't mean I hate Billie Piper, I think she's a lovely person and a great actress. I just don't like the character. But...getting past that. Great article, it was well written and I can tell you put a lot of hard work and effort into it. Well done!
darange  ^ Rose is one of my favorite companions, and she will always be, look she has flaws but EVERYBODY has flaws, no one is perfect. hey at least it wasnt as bad as what Amy did OR TRIED TO DO..................
labyrinth75 Of course I know that but Rose has many flaws. Well Amy is in the latter half of my list of favourite companions of New Who too but she wasn't annoying like Rose. The script loved Rose even when she did bad things.
princesskagome Amy wasn't annoying as Rose? Amy kissed the Doctor and flirted with him even though she was engaged to Rory and about to get married. You say Rose was cheating? She never kissed anyone while she was in relationship with Mickey. Sure she flirted but she never took it more. Besides Rose knew her relationship with Mickey was dwindling even before they officially broke up because when Mickey said that he was dating she didn't shout at him because she knew that it was on the last run. But she never acted on simply flirted. As for leaving Jackie and Mickey? She wanted more of her life than what she had. All she had was living with her mum, working and her mum criticising her all the time. Of course she would leave with the Doctor. Besides even Jackie understood that Rose wouldn't stay, One time kids would leave house and this time Rose 'moved out' and left the house with the Doctor.
labyrinth75 I'm sorry, I just don't like Rose. Amy was annoying too, don't get me wrong - I just thought that the character of Amy was more bearable than Rose's character. I wasn't sad when Rose left in 2006 but I was sad when Amy and Rory left last year. I'm sorry but Rose is a character I have barely ever liked - the only time I've liked her was 'Father's Day'.
Natalie_Singer Great article! I always loved Rose and I will always love her. She's so... real (if you understand what I mean), so brave and kind.
1166516528 Hello, I like this article you wrote very much. Can I share the relevant homepages of Chinese microblog (doctor and rose)? I'll specify the source. 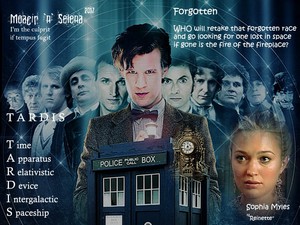 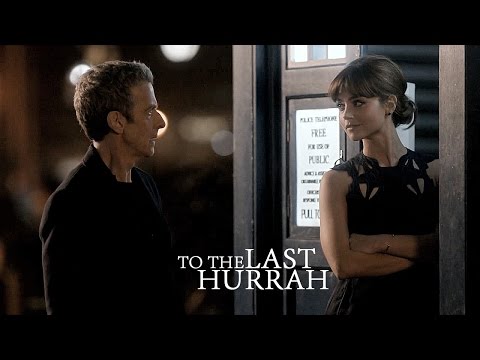 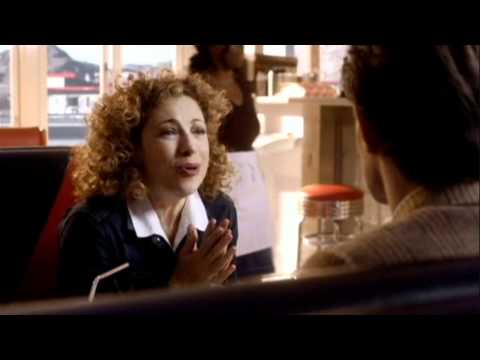 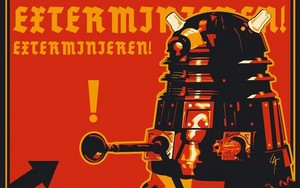 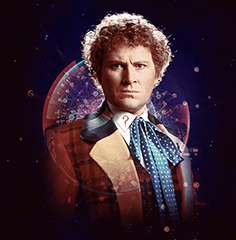 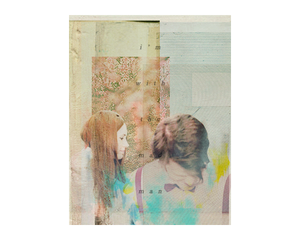 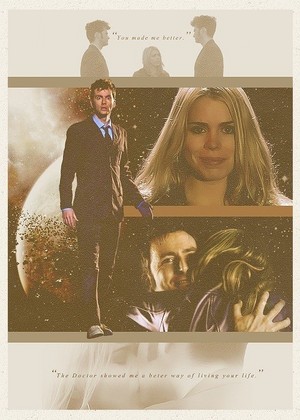 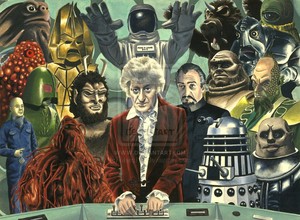 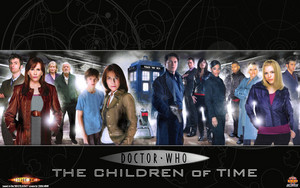 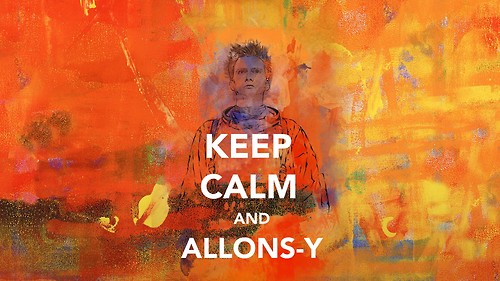 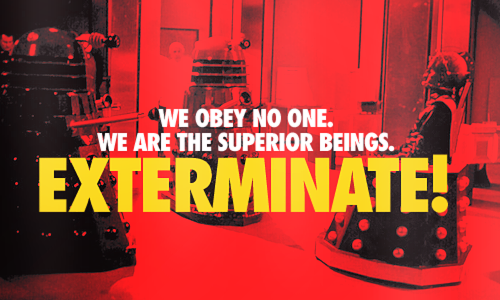 1
Genesis of the Daleks
added by Doctor_Donna
Source: tumblr 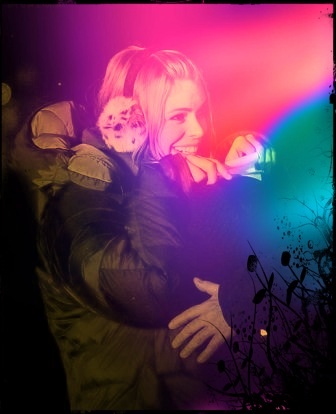 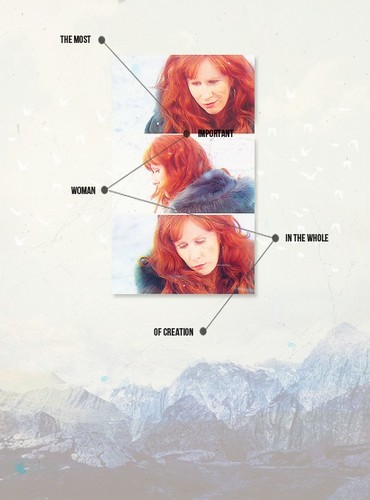 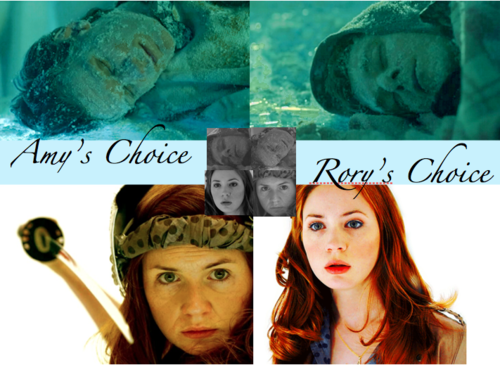 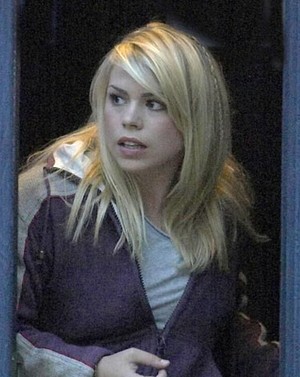 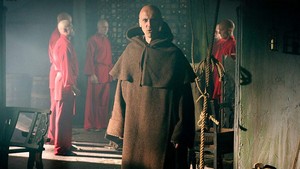