2
Movie Night
posted by hippopto64
It was movie night in the TARDIS. Rose searched through the Doctor's barely-touched collection of DVDs until she found a movie she hadn't watched in years—Pirates of the Caribbean: The Curse of the Black Pearl. She descended the stairs to the theater room, which featured a few couches, a projector, and a big pull-down screen. The Doctor sat on one of the sofas with his arm draped over the cushion. "Find something?" he asked, and she flashed the case toward him. He grinned. "Love that one." She slid the disc into the player and sat down next to him as the projector whirred to life. His arm dropped from the cushion to her shoulders.
As Jack Sparrow and Will landed on the pirate island Tortuga, the Doctor said, "It's a real place, you know."
"What is?" Rose asked, tossing a piece of popcorn into her mouth and resting her head on his shoulder.
"Tortuga. It's not really an island, it's a moon of Celifor. Pirate haven. It's a wild place. Lawless. Lots of drinking. I would take you but it's probably not the best place for you. Dangerous. You know." He was rambling now, his attention wandering to Rose's fingers woven through his. He leaned into her a little more, enjoying the warmth of her body. But he stopped himself abruptly. No, Doctor. Remember the rules. Remember Sarah Jane. Don't get too close. He ached to be near her, to feel him, but his fingers untangled from hers, his arm withdrew from her shoulders, and he straightened so he sat stiffly.
"What's wrong, Doctor?" Rose said, pausing the movie. Did I do something? Was it something I said? she thought worriedly.
"Nothing," he replied quickly. "There's nothing wrong."
"Oh, come off it. You're all rigid and distant all of a sudden. You've been like this on and off all week, ever since we left that school-" She stopped suddenly. "Is this about Sarah Jane?"
"No!" he protested. "Well, a little…" Rose hit play and they finished the movie in silence, Rose now sitting as stiffly as the Doctor. As soon as it was over she stood up and walked out of the room without a word.
The TARDIS was not happy. She hummed sadly, and her beloved thief sighed. "I know, old girl. I know."

The Doctor walked into Rose's room an hour or so later, knocking on the open door. She was sitting on her bed with her chin in her hands, staring blankly at the floor. "Rose," the Doctor said, taking a seat next to her, the mattress bowing slightly. "Can I talk to you?" She made an unintelligible noise and shrugged. "When I took you on I promised to protect you. I promised you and your mother, and Mickey. I promised you'd be safe." He let out a long breath and put a hand on her shoulder. "I am lonely by nature. I destroyed my entire species, and long before that I was an outcast. I have always been alone. My companions-" He drew a sharp breath before continuing. "They help ease that—that emptiness. But it never lasts. They leave. They die. And I'm all alone again. I try not to get too attached because I know they'll leave soon in one way or another but it never works. So no matter how much they want to, no matter how much I want to, I can't let myself get romantically involved with a companion. It feels worse in the moment but it's better for both of us in the long run."
"That makes sense," Rose said softly.
"Because of you I was beginning to forget the rules I set for myself. I love—" His voice broke. "I love being with you and I started to forget. Then we saw Sarah Jane, and I was reminded of what you might become, and of the pain I'll have to endure when you leave."
"But I won't—" He pressed a finger to her lips.
"You can spend the rest of your life with me. But I'm so sorry. I can't spend the rest of mine with you. You will leave eventually; either you'll be sped out of this life on the wings of death or you'll decide it's just too much for you and you'll leave, and it will be better for both of us if I didn't—if we don't—"
Rose found his hand and held it loosely. "I understand. I'm sorry."
He gave a sad smile. "That's the curse of the Time Lords. But while it lasts, I'm so glad that I have you, my Rose." He squeezed her hand and stood up, pulling her to her feet and into a hug. They held each other tight. "I'm sorry it has to be this way, Rose. I wish I was able to give you everything you deserve," he said into her hair.
"I understand," she said again, sounding sad. "Thanks—thanks for trying to protect me."
Stampyfan545 and ktichenor like this 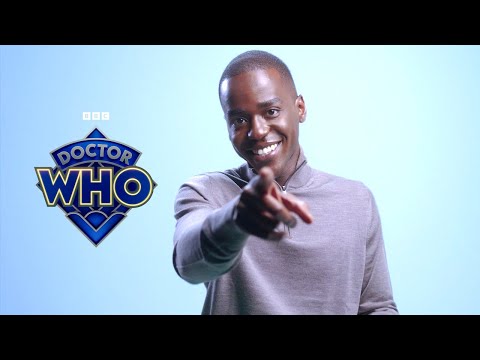 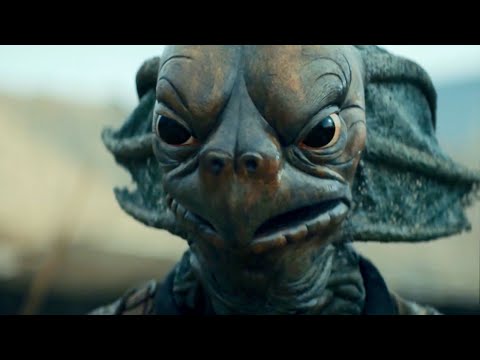 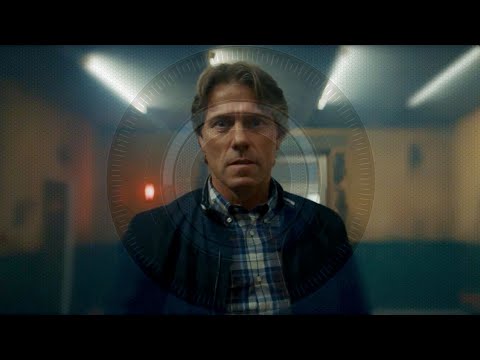 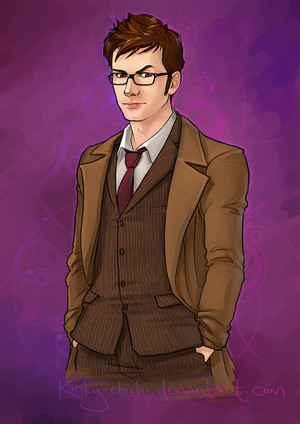 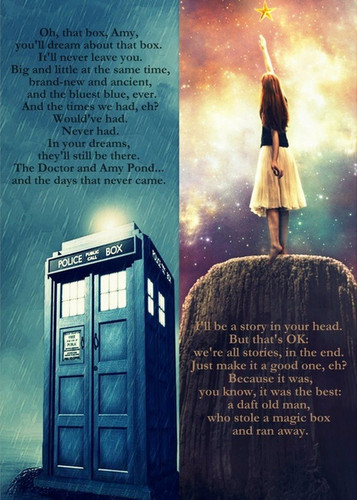 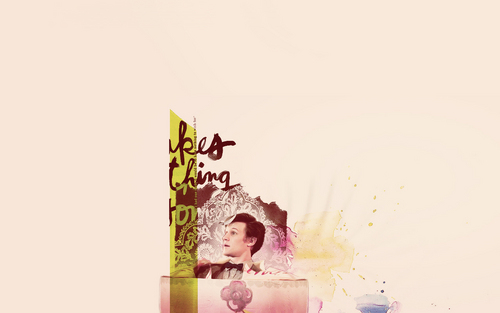 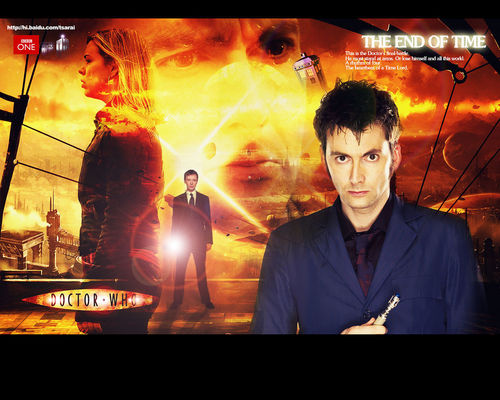 1
DOCTOR WHO
added by tsarai 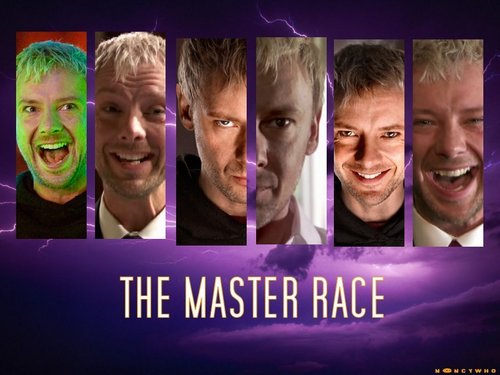 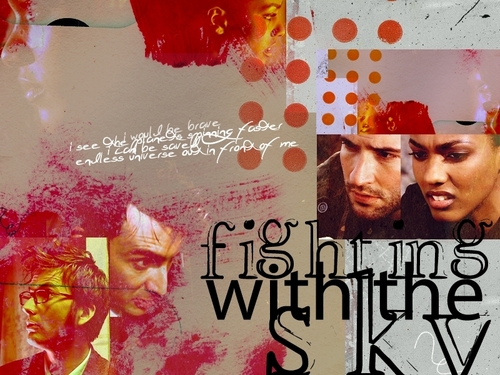 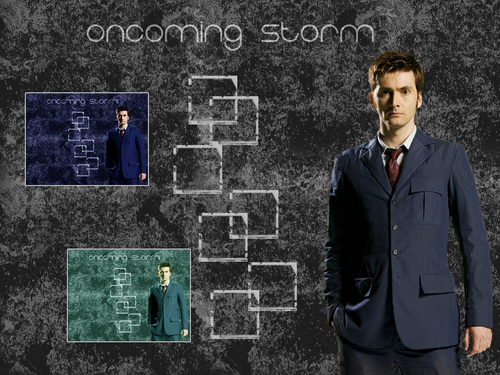 3
Doctor Who
added by liznchase 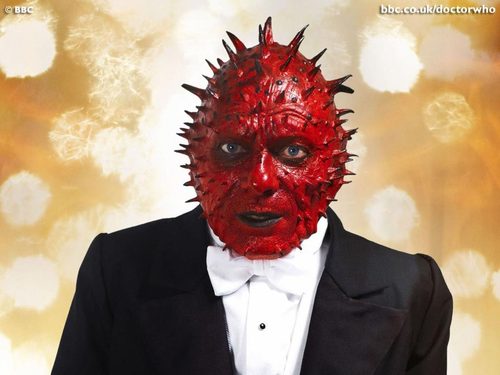 3
season 4, voyage of the damned
added by heroesfan4eva 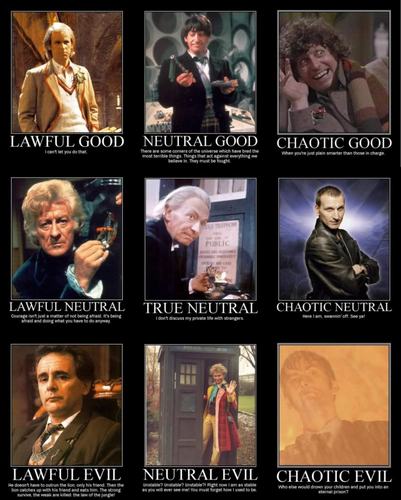 1. You have debates over the best Doctor with other obsessed friends.
2. You own a replica Sonic Screwdriver, and attempt to unlock doors with it.
3. You make the sound of the SS while doing this, and quickly unlock the door yourself, telling yourself it worked.
4. You know what Time Lord Rock is, and feel a sense of pride about this.
5. You think Chameleon Circuit is the best band in the world.
6. You’ve written a Time Lord Rock song.
7. You claim your refrigerator is a TARDIS with a broken Chameleon Circuit.
8. You’re terrified of gas masks and angel statues....
continue reading... 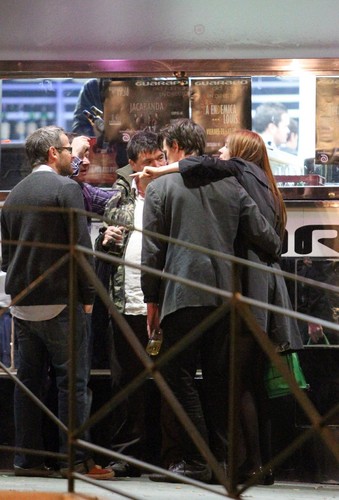 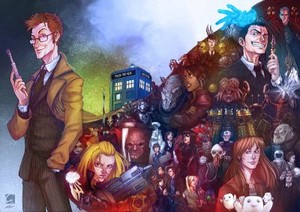 Anime Doctor Who
added by thedoctoriam 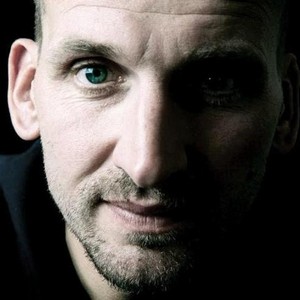 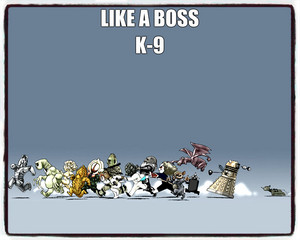 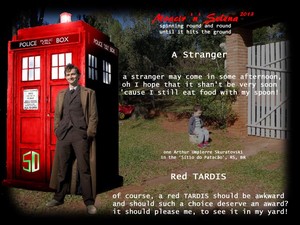