1
My Series 2 Review, by DW_girl (Part One)
posted by DW_girl 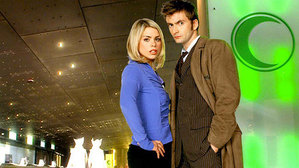 Ten and Rose have their first proper adventure in 'New Earth'.
Hello again! As my full Doctor Who series re-run continues in the lead up to the start of series 8, I have now had the privelage to watch the whole of the brilliant series 2 again. So, in continuation from my full series 1 review, I will commence with my series 2 review, showing an episode-by-episode opinion, courtesy of myself.

New Earth
Even though series 2 is one of my favourite series, this is the one episode which lets it down. It was a good starter episode for Ten and Rose, which gave us a taster of the the more fun and human nature to the new Doctor and his quirky relationship with his companion. The concept of the patients being infected with every single disease and the Sisters of Plenitude keeping it under wraps, with Cassandra blackmailing them so she can make a profit, was all very clever. However, I have issues with the revival of Cassandra herself, and I actually didn't like how she took over Rose's mind. There should have been more development between the real Rose and the new Doctor in their first proper episode together, but this was diminished some what by the bitchy version of Rose who was quite frankly very annoying.
Ranking: 6/10

Tooth and Claw
Luckily, the series picked up very quickly with the brilliant 'Tooth and Claw'. It's an episode often overlooked, but it is also an episode which is quite different to typical 'Who'. It does the one thing that Midnight does so brilliantly: Creating a long build-up of tension and fear, and climaxing it effortlessly in the last half of the episode, and the pacing is still perfect! I can easily say that I was scared in this episode, making it one of the few episodes I do feel frightened whilst watching. The storyline was mixed with fictional and real themes in a suitable and satisfying way, and the 'trap within a trap' was an unexpected twist. The whole Scottish feel to the episode enhanced it further, giving David a chance to act with his true twang.
Ranking: 9.5/10

School Reunion
What more can I say about this episode other than it was pure gold! This has always been a favourite of mine as everything about it is just so extremely enjoyable. From the menacing Krillitanes and the re-introduction of the wonderful Sarah Jane; to the humorous Tenth Doctor ("Physics, physics, physics....") and the loyal but bad ass character of k-9 ("You bad dog!") everything just screamed 'amazing', and it reminds me of why I love Doctor Who so much.
Ranking: 10/10

The Girl in the Fireplace
The run of 'true Doctor Who glory' continued with this beautiful episode. The story of the Clockwork droids, Madame de Pompedaur and her 'Lonely Angel' could have been a novel in it's own right, as it was written and executed faultlessy. It was sad and tragic and happy all at the same time, and once again made me fall in love with the show.
Ranking: 10/10

Rise of the Cybermen/Age of Steel
Originally, I wasn't particularly keen on this two-parter, but upon rewatch, I found it to be a hidden gem. The first episode introduced us to the parallel world concept which would become central to the finale, and brought back the Cybermen, who were created by the mad genius Lumic, who simply had no mercy and no conscience, but was a fierce villain all the same. A core part of the episode involved Rose wanting to meet her parallel Mum and Dad, and Mickey finding his feet by having his own adventure with the Preachers. These both set up the events nicely for the finale, providing quite a satisfying series arc. The first part of the story suffers slightly with slow pacing and development with little to no real action, but this is rekindled in the cliffhanger.
Ranking: 8/10
The second part stepped up a fraction, what with it exploring the theme of human emotion and rights within the concept of the metal cased Cybermen. The Preachers and the Tardis crew teamed up to overthrow Lumic and rescue Jackie, and even though they failed at the latter, they ended the Age of Steel in an ingenious way, but at a devestating price. The episode ended on a tearful note, as Mickey decided to be his own person and stay behind. My respect for him heightened considerably with this move, and I feel his role as secondary companion was fulfilled very nicely. The only scene I dislike in this episode is when The Doctor and Mrs Moore are in the tunnels, as I feel that it is dragged out quite long, and then the killing of Mrs Moore was tragicly unnecessary, as it seemed obvious that the writer was trying to make it easy for himself by writing off as many characters as he could.
Ranking: 8.5/10

The Idiot's Lantern
This episode developed The Tenth Doctor and Rose's relationship further, as it tested the Doctor's feelings to the max. This Doctor, I feel, has a complex array of human emotions, and even though he is upset and angry at the fate Rose met in this episode, he is also humorous, optimistic and even a little menacing, as he stops at nothing to put an end to the Wire. The Connelly family were interesting to watch, and it was nice to see how their family relationships were developed and handled throughout. I do have issues with the resolution however, which I think was a bit quick and easy, but saying that, it was quite obvious, which is what made it clever.
Ranking: 7.5/10

I continue my episode-by-episode review in Part Two. 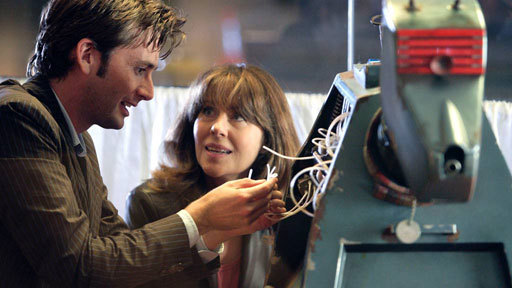 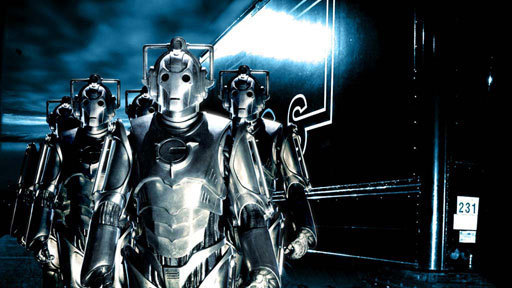 The Age of Steel falls upon Earth's parallel counterpart.
Stampyfan545 likes this 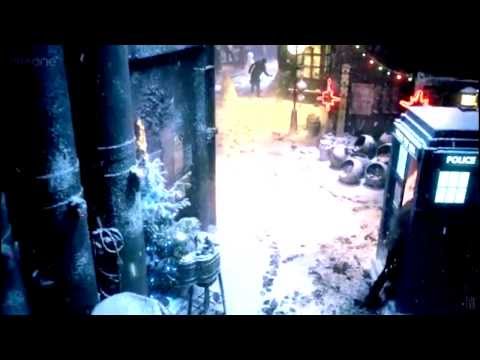 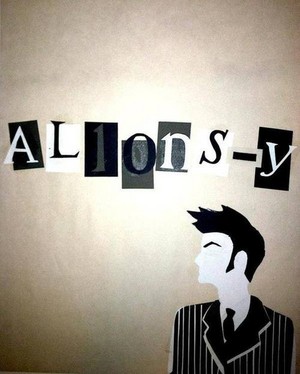 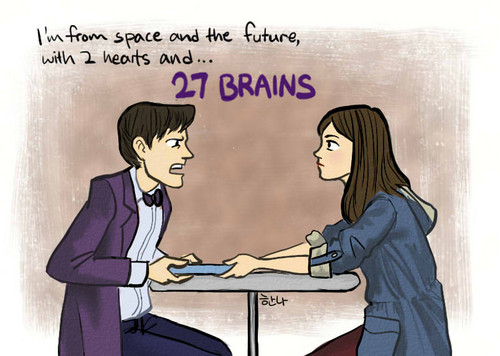 The Bells of Saint John
added by labyrinth75 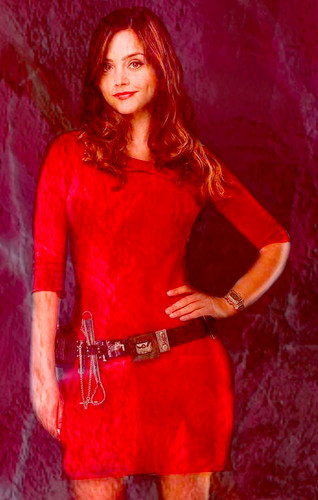 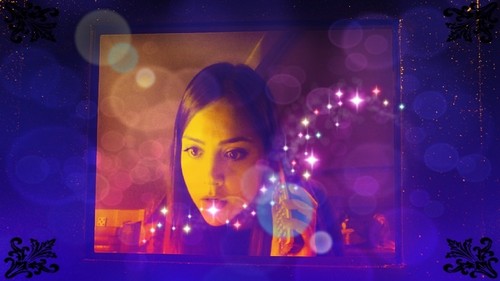 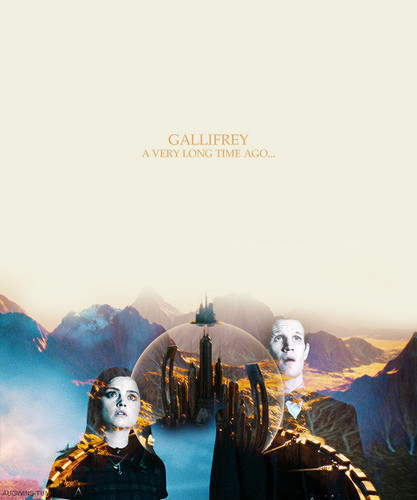 Doctor Who
added by simpleplan 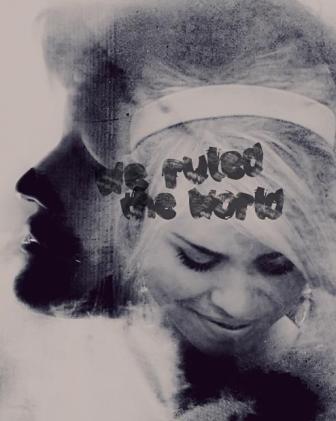 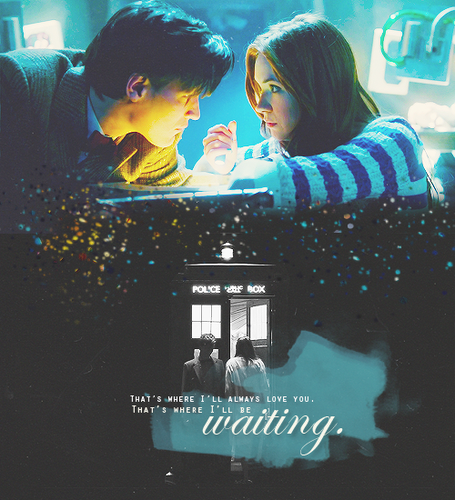 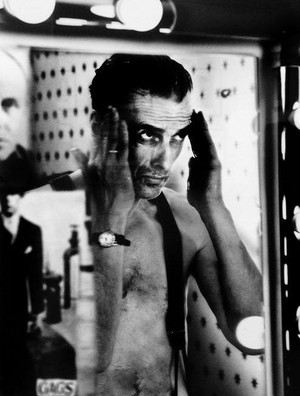 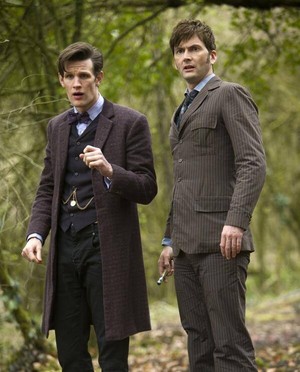 1
Ten and Eleven
added by darange 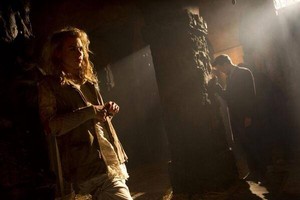 Rose and Eleven
added by darange 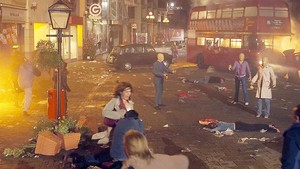 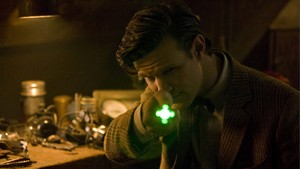 The Doctor, the Widow and the Wardrobe
added by labyrinth75 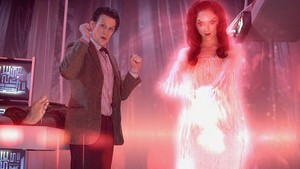 1
The Curse of the Black Spot
added by labyrinth75 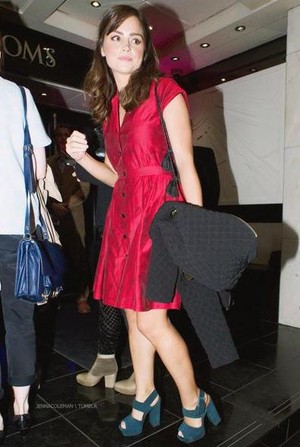 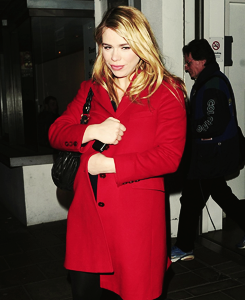