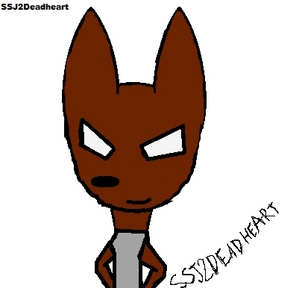 MY AVATAR! YAY!
Big world's animal Tournament is a six book series, created by SSJ2deadheart, a.k.a Deadheart3. This is only an intro, so if you want the story, it will be up shortly. Also, this may contain SPOILERS! You have been warned.

Name-Kaito Age-14
Apperance-Canide, black eyes, brown/orange fur, 5"1, and usually...stern.
Description- Kaito is 14 when first introduced in the series, the only time you actually see him in a younger age, is in B.W.A.T. Ace and Kaito: A look under the fur. Kaito is mostly described as the normal teenager, just a bit different. Kaito acts YEARS more mature than his age, and rarely smiles. Kaito has to be a father and mother figure for his brother, Ace, who never really got the experience of having a father or mother. He's was granted with many powers (example-teleportation, telepathic messaging), but the one that he focuses on more is telekinesis. He's a master at meditation and understands the concept of cosmic energy more than anyone.

Name- Ace
Age-7
Apperance-Canide, black eyes, brown/orange fur, 4"9, and always...happy
Description- Ace is 7 when first introduced into the story, he never exactly had the experience of having parents, all he has is Kaito, who is more of a parent to him. Ace isn't really aware of much of the conflict between Kaito and the orphans, so he acts just like any 7 year old would, playful, joyful...cryful. Ace is gifted with strength, and this is also a curse, because Ace has an alter-ego, which later in the series is given the name, Bloodrun.

Name-Bloodrun
Age-7
Apperance- typically just Ace, just a different personality, and no pupils
Description- Little is actually known about Bloodrun, but what is known is that he's a ruthless, brutal character. And, as the name says, he only wants his opponents to bleed, and in most cases...die. He's an angered version of Ace, and is only released when Ace is in a sort of angered denial. Bloodrun only stops his wrath, either from Kaito hugging him, or showing any sign of encouragment and love, and also when he's satisfied by what he's done. Now, I know what you're thinking, he's only Ace, so why do you talk about him, like he's a different person (dog)? The reason why is because he is different, he's not Ace's personality at all, and acts completley different. 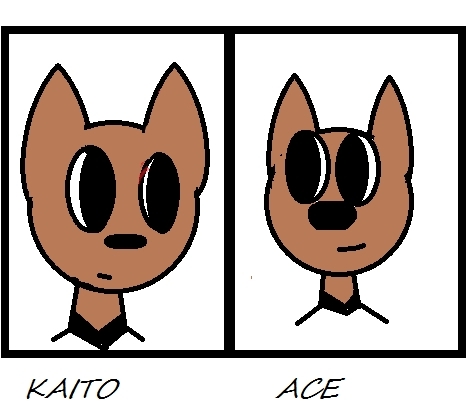 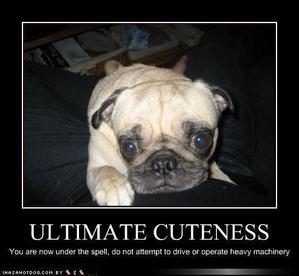 Says, "your are now under its spell, do not attempt to drive or operate heavy machinery."
This is a list of links of funny dog pictures!!!

Hope you liked it? If you have more pictures post the link in the comments section and I will be happy to look at it! (videos are also allowed!) 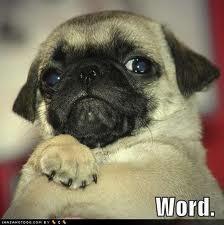 He made it into the book because he is over 7 ft tall and weighs 245 pounds. He is the 'Greatest Dane' around!Just think about how much George eats per day! His owner, David Nasser, has to feed him about 110 lbs. of chow each month.

Can you imagine what a stir he causes when David takes George for a walk in the neighborhood? One thing is fore sure, none of the other dogs are sure to mess with him. When you are a dog as big as Giant George, other pups show some respect! 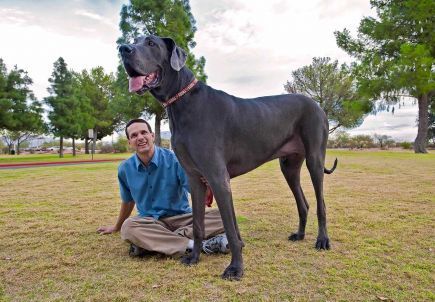 3
Blue Lab scam
posted by 18wanda
As you already know, labs do not come in gray, but some poeple are scammed off into thinking they do, and that they have a rare color in special breeding. Wrong! What people make off as a blue lab is really just a regular ole lab mixed with a Weimeraner, giving the dog the look of a lab with the blue-gray color of the other breed. I saw someone who was marhcing around like they owned the place with the "blue lab." It was hilarious because they didn't know they had a mixed breed they paid 400 dollars for!
These are not labs. If you've heard of these or haven't, now you know.
16
I Rescued a Human Today
posted by Katreader

Her eyes met mine as she walked down the corridor peering apprehensively into the kennels. I felt her need instantly and knew I had to help her.

I wagged my tail, not too exuberantly, so she wouldn't be afraid. As she read my kennel card I hoped that she wouldn't feel sad about my past. I only have the future to look forward to and want to make a difference...
continue reading... 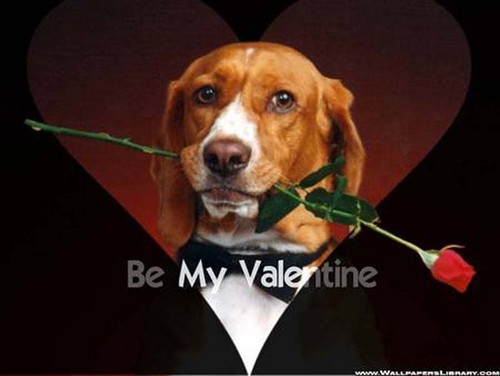 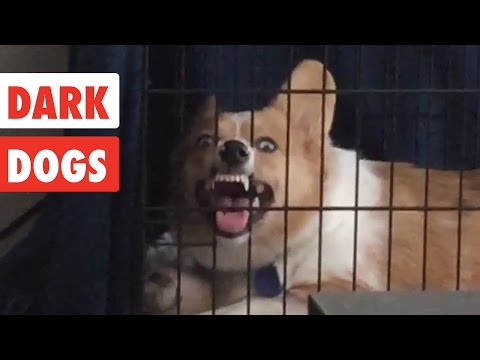 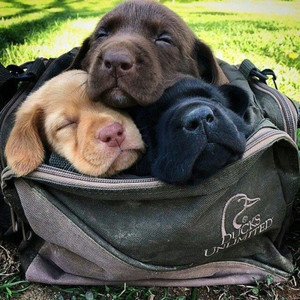 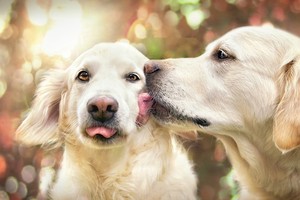 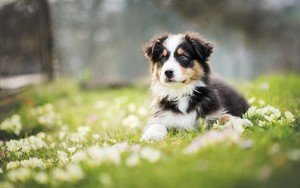 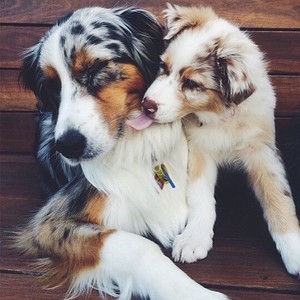 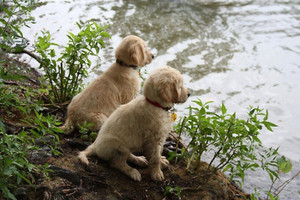 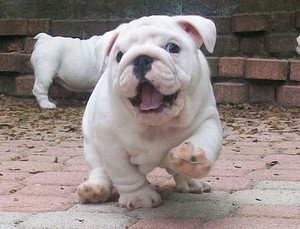 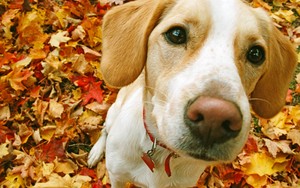 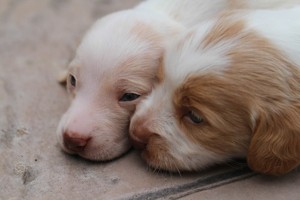 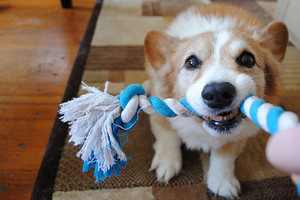 1
Dog
added by tanyya
1
Why dogs are taken to shelters.
posted by ITF 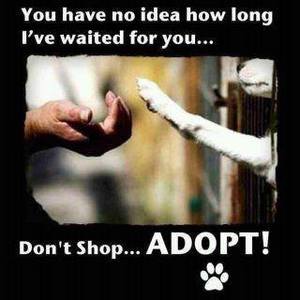 Having a dog is a commitment to that animal for 10-15 years and should be a well thought out family decision based on a thorough investigation of the breed and breeder. Most...
continue reading...
3
ALL THE DOGS I SAVED
posted by boltpup
THE EVRRY 1ST DOG I SAVED WAS A UN WANTED LAB & A 1 MORE UN WANTED DOG THEY GOT HOMES & A DOG THAT WAS SET ON FIRE BUT HE SADLY DIED WEEK,S LATER & A STREET DOG GET A HOME & A. PITBULL BUT HE RANAWAY BUT HE DID HAVE OWNER,S THAT WAS THE GOOD THING & A MOM DOG WITH 4 PUPPY,S & DOXIE,S BUT THEY GOT PICK,ED UP & A COLLIE MIX JUST BEFORE I WAS GOING TO GET A HOME FOR HER SOME 1 CALLD ON HER & HAD HER PICK,ED UP I HOPE SHE HAS A GOOD HOME BY NOW A LOST DOG GET HOME & A KITTEN WITH PINK EYE GET A GOOD HOME & MORE TO GET HOME,S WHEN I SEE A DOG OR CAT IN NEED I WILL HELP IT GET A HOME
1
Flora The Lost Little Jack Russel 1
posted by Puppy_Chelsea
Chap. 1
Lily put on her jacket and mitts to get ready for the car to go to Gramma`s for the weekend. Her dog, Flora, gazed at the interesting creatures with her midnight eyes gleaming as bright as the sun. Mom nodded her head, smiling. ``We need to stop getting flora in all this begging,`` she said, giggling. Just in that very moment, Flora jumped onto Lily`s lap, In a sigh of relief.[i]Whew,[i] thought Flora, [i]I like this girl.[i] Lily patted Flora, very gently.
Chap. 2
As soon as they got to the cottage, Mom said "Flora needs energy, from that 2 hour car ride," Patting the little Jack Russel puppy. "Jacks need lots of excersise. Plus, it is another hour away from Gramma. "
More Cards
1234567891011