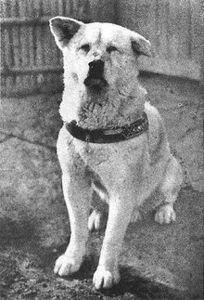 Hachikō
Hachikō (born November 10, 1923–March 8, 1935), known in Japanese as chūken Hachikō (忠犬ハチ公?, "faithful dog Hachikō" ('hachi' meaning 'eight', a number referring to the dog's birth order in the litter, and 'kō,' meaning prince or duke)), was an Akita dog born on a farm near the city of Ōdate, Akita Prefecture, remembered for his loyalty to his owner, even many years after his owner's death.

In 1924, Hidesaburō Ueno, a professor in the agriculture department at the University of Tokyo took in Hachikō as a pet. During his owner's life Hachikō greeted him at the end of the day at the nearby Shibuya Station. The pair continued their daily routine until May 1925, when Professor Ueno did not return. The professor had suffered from a cerebral hemorrhage and died, never returning to the train station where Hachikō was waiting. Every day for the next nine years the golden brown Akita waited at Shibuya station.

Hachikō was given away after his master's death, but he routinely escaped, returning again and again to his old home. Eventually, Hachikō apparently realized that Professor Ueno no longer lived at the house. So he went to look for his master at the train station where he had accompanied him so many times before. Each day, Hachikō waited for the return of his owner.

The permanent fixture at the train station that was Hachikō attracted the attention of other commuters. Many of the people who frequented the Shibuya train station had seen Hachikō and Professor Ueno together each day. They brought Hachikō treats and food to nourish him during his wait.

This continued for nine years with Hachikō appearing precisely when the train was due at the station.

That same year, one of Ueno's students (who had become an amateur expert on the Akita breed) saw the dog at the station and followed him to the Kobayashi home (the home of the former gardener of Professor Ueno — Kikuzaboro Kobayashi) where he learned the history of Hachikō's life. Shortly after this meeting, the former student published a documented census of Akitas in Japan. His research found only 30 purebred Akitas remaining, including Hachikō from Shibuya Station.

He returned frequently to visit the dog and over the years published several articles about Hachikō's remarkable loyalty. In 1932 one of these articles, published in Tokyo Asahi Shimbun, threw the dog into the national spotlight. Hachikō became a national sensation. His faithfulness to his master's memory impressed the people of Japan as a spirit of family loyalty all should strive to achieve. Teachers and parents used Hachikō's vigil as an example for children to follow. A well-known Japanese artist rendered a sculpture of the dog, and throughout the country a new awareness of the Akita breed grew.

Hachikō died on March 8, 1935 and was found on a street in Shibuya. His heart was infected with filarial worms and 3-4 yakitori sticks were found in his stomach.

His stuffed and mounted remains are kept at the National Science Museum of Japan in Ueno, Tokyo.


The commemorative statue of Hachikō in Shibuya.Bronze statuesIn April 1934, a bronze statue in his likeness was erected at Shibuya Station and Hachikō himself was present at its unveiling. The statue was recycled for the war effort during World War II. In 1948 The Society for Recreating the Hachikō Statue commissioned Takeshi Ando, son of the original artist who had since died, to make a second statue. The new statue, which was erected in August 1948, still stands and is an extremely popular meeting spot. The station entrance near this statue is named "Hachikō-guchi", meaning "The Hachikō Exit", and is one of Shibuya Station's five exits.

The Japan Times played a practical joke on readers by reporting that the bronze statue was stolen a little before 2AM on April 1, 2007, by "suspected metal thieves". The false story told a very detailed account of an elaborate theft by men wearing khaki workers' uniforms who secured the area with orange safety cones and obscured the theft with blue vinyl tarps. The "crime" was allegedly recorded on security cameras.

A similar statue stands in Hachikō's hometown, in front of Ōdate Station. In 2004, a new statue of Hachikō was erected on the original stone pedestal from Shibuya in front of the Akita Dog Museum in Odate.

Each year on April 8, Hachikō's devotion is honored with a solemn ceremony of remembrance at Tokyo's Shibuya railroad station. Hundreds of dog lovers often turn out to honor his memory and loyalty.

Hachikō was the subject of the 1987 movie Hachi-kō (Hachikō Monogatari) ハチ公物語 (literally “The Tale of Hachiko”),[8] directed by Seijirō Kōyama, which told the story of his life from his birth up until his death and imagined spiritual reunion with his master. Considered a blockbuster success, the film was the last big hit for Japanese film studio Shochiku Kinema Kenkyû-jo.

Hachiko: A Dog's Story (released in August 2009), is an American movie starring actor Richard Gere, directed by Lasse Hallström, about Hachikō and his relationship with the professor. The movie was filmed in Rhode Island, and also featured Joan Allen and Jason Alexander.

The story and statue of Hachikō at Shibuya Statue are featured in the direct-to-video animated film Scooby-Doo! And The Samurai Sword.

Hachikō is also the subject of a 2004 children's book entitled Hachikō: The True Story of a Loyal Dog, written by Pamela S. Turner and illustrated by Yan Nascimbene. Another children's book, a short novel for readers of all ages called Hachiko Waits, written by Lesléa Newman and illustrated by Machiyo Kodaira, was published by Henry Holt & Co. in 2004. Hachiko Waits was released in paperback by Square Fish (an imprint of MacMillan) in 2009.

Hachikō is featured prominently in the 2008 novel The Story of Edgar Sawtelle by David Wroblewski. The novel revolves around the extraordinary relationship between the title character, his family and the dogs they raise. A small reference to Hachiko is also being made in the book "Le theoreme du perroquet" by Denis Guedj.

In 1994, the Culture Broadcasting Network (CBN) in Japan was able to lift a recording of Hachikō barking from an old record that had been broken into several pieces. A huge advertising campaign ensued and on Saturday, May 28, 1994, 59 years after his death, millions of radio listeners tuned in to hear Hachikō bark. This event was testimony to Hachikō's continuing popularity.

In the Futurama episode, "Jurassic Bark", Fry finds the fossilized remains of his dog, Seymour. Given the chance to clone him, Fry takes it, but stops the cloning process mid-way through, believing that Seymour would have forgotten about Fry after he was frozen. It is revealed at the end of the episode that Seymour waited for Fry to return from his delivery for 12 years until his death.

In The World Ends With You, the statue of Hachikō is the primary meeting spot of the protagonists.

In Net Hack, the Samurai player class starts out accompanied by a little dog named Hachi, a reference to Hachikō. 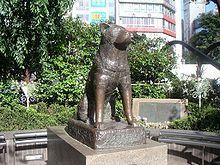 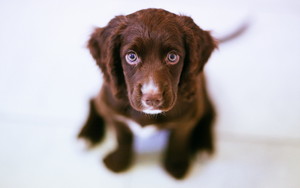 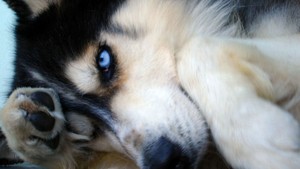 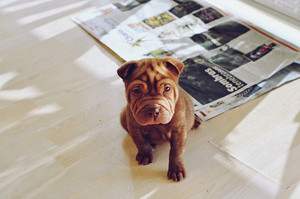 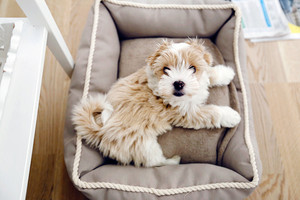 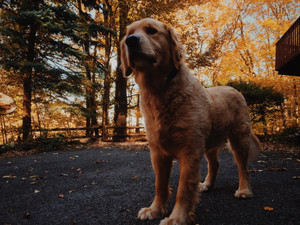 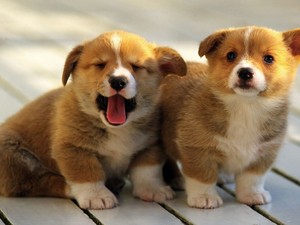 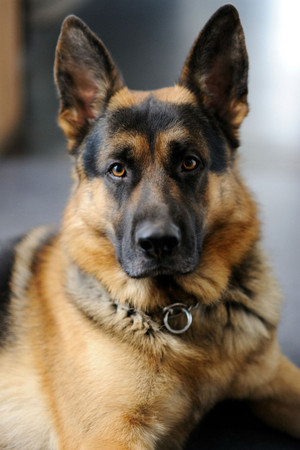 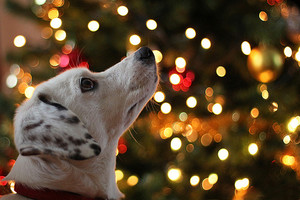 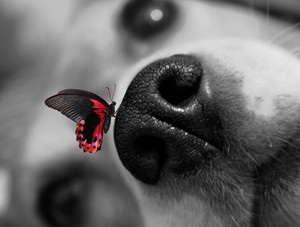 Dog and Butterfly
added by tanyya 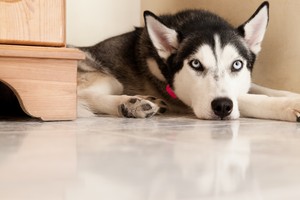 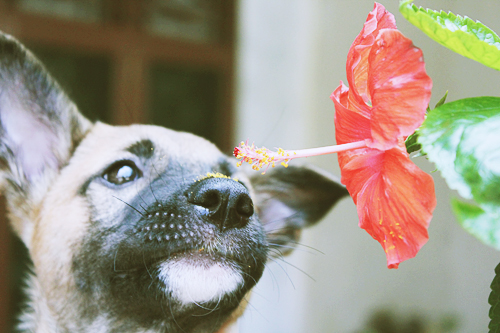 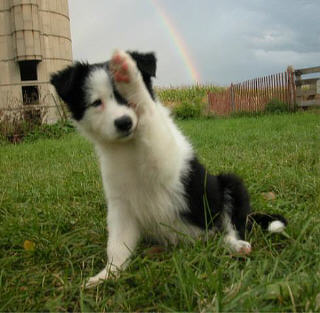 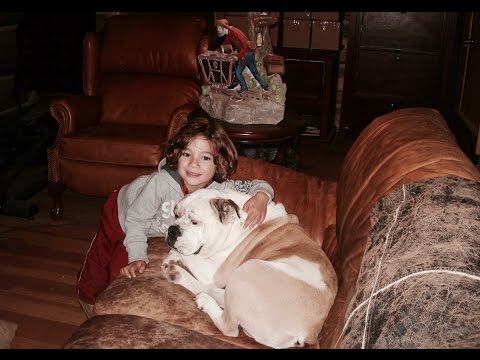 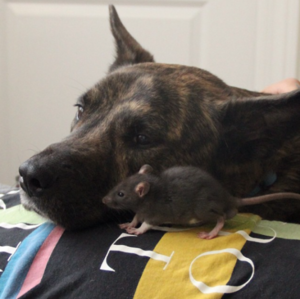 1
Dog and Rat
added by tanyya 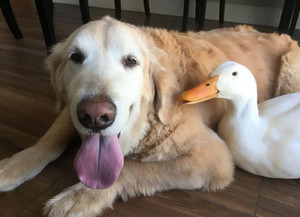 2
Dog and Duck
added by tanyya 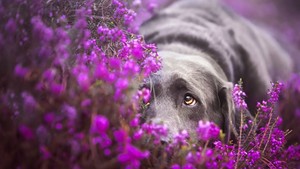 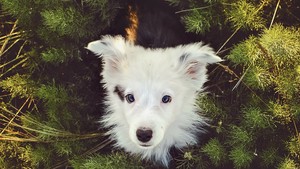 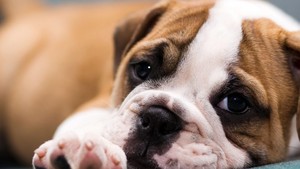