It took me a while to get around watching Series Three of "DOWNTON ABBEY". I had been inclined to watch it, while it aired on PBS last winter. But in the end, I decided to wait until the DVD release was offered through Netflix.

I suspect that some of my reluctance to watch the show's Series Three could be traced to my major disappointment over the lackluster Series Two. In fact, a part of me is amazed that the series' shoddy look at World War I could end up with an Emmy nomination for Best Drama. But I figured that series creator, Julian Fellowes, would make up for the Emmy-nominated disaster known as Series Two with an improved third season. In the end, Series Three proved to be an improvement. Somewhat.

What did I like about Series Three of "DOWNTON ABBEY"? It possessed three plot lines that I found a good deal to admire:

Downton Abbey's financial crisis, kick-started by Robert, the Earl of Grantham's disastrous investment into Canada's Grand Trunk Railway, which truly emphasized the peer's inability to handle money and his estate. In fact, this story line also exposed Lord Grantham's other flaws - stubborness and inability to move with the times - in full force. Actually, the third story line involving the death of his youngest daughter, Lady Sybil Branson - of childbirth, did not paint a pretty picture of the peer, considering that his decision to ignore Dr. Clarkson's medical advice led to Lady Sybil's tragic death, following the birth of his oldest grandchild. The plot regarding Thomas Barrow's feelings for Jimmy Kent allowed Fellowes to explore the status of homosexuals during early 20th century Britain. The plot surrounding Lady Sybil's death in Episode Five not only proved to be heartbreaking, but also featured fine performances from the departing Jessica Findlay-Brown as the doomed Lady Sybil; Allen Leech as Sybil's husband Tom Branson; David Robb as the desperate Dr. Clarkson; Rob James-Collier as a grieving Thomas Barrow; Hugh Bonneville as the Earl of Grantham; a guest appearance by Tim Pigott-Smith as the society doctor recruited by Lord Grantham to treat Lady Sybil; and especially Elizabeth McGovern, who I believe gave the best performance as Lady Sybil's grieving mother, the American-born Countess of Grantham.

But even these first-rate story lines were marred by some questionable writing. Lord Grantham's bad investment and financial loss had the family flailing for a bit, until salvation appeared in the form of a possible inheritance for the peer's heir presumptive, son-in-law Matthew Crawley. The latter learned that Reginald Swire, the recently dead father of his late fiancée had named him as an heir to his vast fortune. Matthew felt reluctant to accept money from Lavinia Swire's money, considering what happened before her death in Series Two. Most fans expressed frustration at Matthew's reluctance to accept the money and save Downton Abbey. I felt nothing but contempt toward Fellowes for utilizing this ludicrous plot point to save the estate from financial ruin. I found it absolutely tasteless that Matthew would inherit money from the father of the fiancée who witnessed him kissing his future wife Lady Mary Crawley, before succumbing of the Spanish Flu. This was just tackiness beyond belief.

And I wish Fellowes had found another way for Lord Grantham or Matthew to acquire the cash needed to save the estate. Lady Sybil's death and Lord Grantham's participation in it led to a serious marital estrangement between the peer and his wife, who angrily blamed him for ignoring Dr. Clarkson's medical advice. Lady Grantham's anger lasted through most of Episode Six, until the Dowager Lady Grantham convinced the good doctor to lie to her son and daughter-in-law that his medical advice may not have saved Lady Sybil in the end, ending Lady Grantham's anger and the marital strife between the pair. I suspect the majority of the series' fans were relieved that Lord and Lady Grantham's marriage had been saved before it could get any worse. I was not. I saw this as Fellowes' reluctance or inability to fully explore the negative consequences of Sybil's death. Even worse, I saw this as artistic cowardice on Fellowes' part. A martial conflict between Robert and Cora could have spelled a dramatic gold mine.

Even the Thomas Barrow-Jimmy Kent storyline was marred by aspects that led me to shake my head in disbelief. The entire matter began with a minor feud between former friends Thomas and lady's maid Sarah O'Brien over the former's unwillingness to help the latter's nephew, Alfred Nugent, with his duties. One, why would Thomas refuse to help the nephew of his only friend on the estate? And two, this little incident led O'Brien to escalate the feud, leading her to set up a scheme that would expose Thomas' homosexuality? It seemed to come out of no where. This story line ended with more head scratching for me. First, Fellowes had Thomas sneaking into Jimmy's bedroom for some petting and caresses, making for the former look like a sexual molester. One would think after his experiences with the Duke of Crowborough and Mr. Pamuk would have led him to be more careful. And following his exposure, Thomas faced losing his job and being arrested and convicted for his sexual preference. And while he faced personal censure from Mr. Carson, Alfred and the object of his desire, Jimmy Kent; most of Downton Abbey's inhabitants seemed unusually tolerate of Thomas'homosexuality. Only Lord Grantham's tolerance seemed to ring true, in light of his comments.

But there were other aspects of Series Three that failed to impress me. I read somewhere that Dan Stevens had informed Fellowes that he would not return for a fourth season, before they started filming this season. Judging from most of Stevens' clunky dialogue in many of the episode, I got the feeling that Fellowes took his revenge on the actor. Stevens' last lines following the birth of Matthew and Lady Mary's son seemed like pure torture - "Can this hot and dusty traveler enter?" and "Oh my darling, I feel like I've swallowed fireworks!". Fortunately, Stevens was provided with one scene in which he truly shone - when Matthew lost his temper over his father-in-law's refusal to consider modernizing Downton Abbey's estate management. And Matthew's death in that last episode was one of the most clumsily directed sequences I have ever seen during the series' three seasons, so far. Many critics and viewers blamed Shirley MacLaine for the poor characterization of Lady Grantham's American mother, Martha Levinson. Even Fellowes went so far as to claim in this 2012 article that Americans cannot do period drama. Frankly, I found his comment full of shit and those critics and viewers unwilling to admit that the producer-writer did a piss-poor job in his creation of Martha's character. Poor MacLaine was saddled with some ridiculous dialogue that no actor or actress - no matter how good they are - can overcome. Look at what happened to Dan Stevens. And he is British. Like Stevens, MacLaine had her moment in the sun, when her character saved a disastrous dinner party-in-the-making by transforming it into a cocktail party in Episode Two.

Poor Brendan Coyle and Joanne Foggett were saddled with the long and tedious story line surrounding Bates' time in prison and his wife Anna's efforts to exonerate. Every time that particular plot appeared on the screen, I found myself forced to press the Fast-Forward button of my DVD remote control. When Bates finally left prison, he and Anna proved that their romance had become incredibly dull by three seasons. And could someone explain why the Crawleys suddenly believed that Sir Anthony Strallan was too old for middle daughter, Lady Edith Crawley. They certainly felt differently six years ago in Series One, as they considered him as a potential mate for both Lady Edith and Lady Mary. And I find it hard to believe that an arm damaged by the war would turn him into an unwanted son-in-law. I find that too ridiculous to believe. And when Lady Edith found love again, she discovered that the object of her desire - a magazine editor named Michael Gregson - was a married man. And he could not get a divorce, because his wife was mentally handicapped and living in an asylum. In other words, Fellowes had to borrow from Charlotte Brontë's 1847 novel, "Jane Eyre" to make this story interesting. Unfortunately, I did not find the circumstances of Gregson's marriage interesting. Merely unoriginal.

I could go on about the numerous problems I encountered in Series Three. Believe me, I found more. Among them are the number of story lines that Fellowes introduced and dropped during this season. I have already discussed how he ended a potential estrangement between Lord and Lady Grantham before it could get into full swing. Other dropped story lines included:

I noticed that "DOWNTON ABBEY" recently received several Emmy nominations - including one for Best Drama. Best Drama? I was disgusted when I heard the news. My disgust did not stem from any dislike of the show. "DOWNTON ABBEY" may be flawed, but it is still entertaining. But I believe it is not good enough to be considered for a Best Drama Emmy nomination. Even worse, a far superior series like FX's "THE AMERICANS" was overlooked for the same category. Series Three of "DOWNTON ABBEY" had some good moments - especially Episode Five, which featured the death of Lady Sybil Branson. And I found it slightly better than Series Two. But the series remains a ghost of its former self. It still failed to reach the same level of quality of Series One. And even that was not perfect.
sassylou221 and drewjoana like this 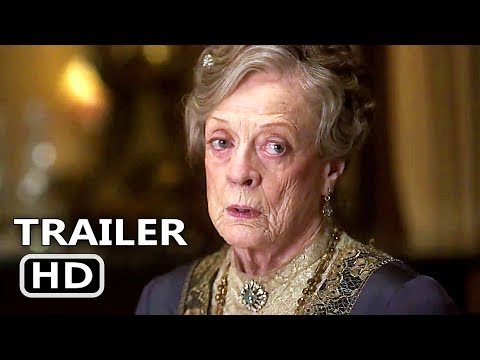 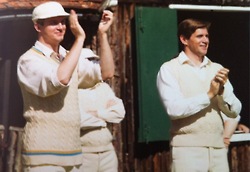 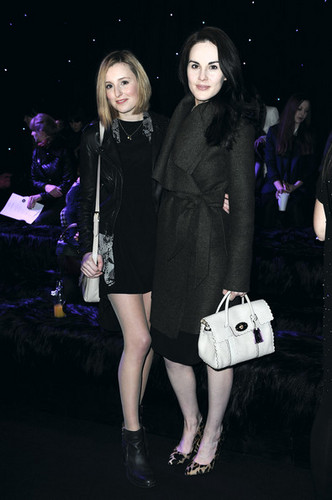 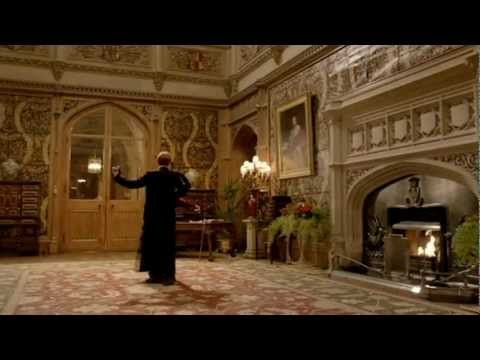 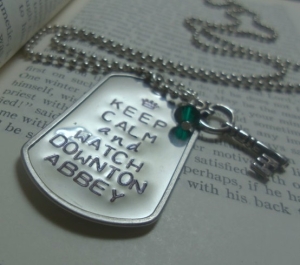 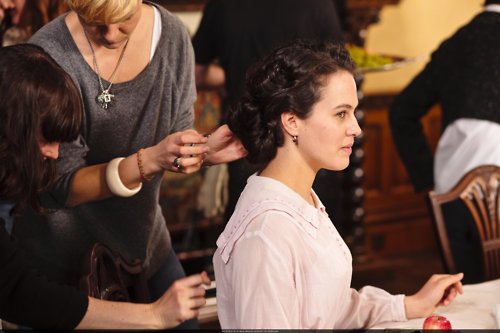 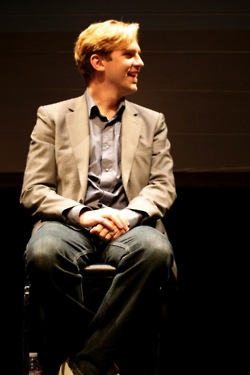 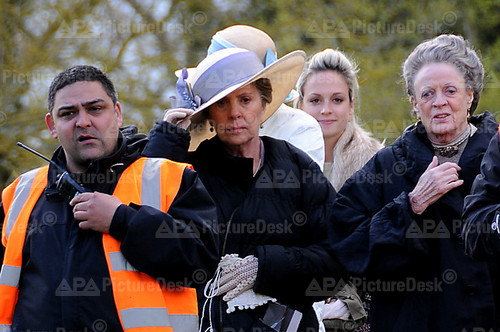 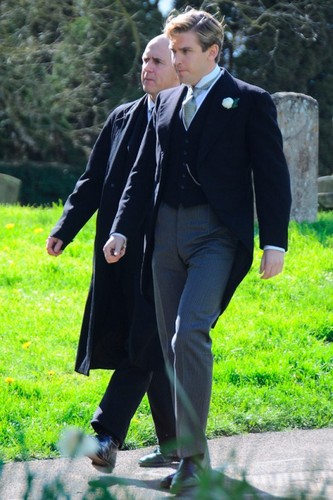 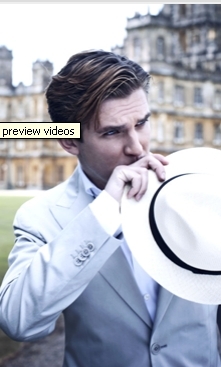 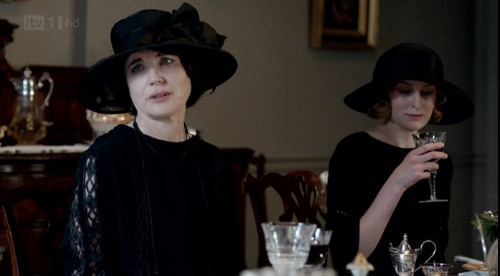 Downton Abbey: Sybil
added by DKFan1
Source: edit by me

Downton Abbey: Sybil
added by DKFan1
Source: edit by me 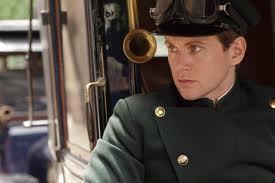