Wilson found that he was nearly yelling, struggling to keep his friend conscious. Unsure how much blood he might have lost or how badly he was injured, he was afraid to allow him to pass out, for fear that he might slip into a coma. House's head lolled backward, and Wilson could feel his body growing slack against his supportive arm around him. He shook him slightly, fighting to keep his panicked emotions in check.

"Wha...what...?" The faint groan of protest that left House's lips in response to Wilson's attempts filled the younger man with an overwhelming sense of relief, as he struggled to get back to his feet, dragging House up with him and carefully seating him on the sofa again. "Wilson...what happened?" House was looking up at him now, confused and a little dazed, but once again fully conscious.

"Thank God," Wilson sighed as he removed his arm from around House's shoulders and moved toward the phone on his desk. "Stay awake, House, you've just got to stay awake for a few more minutes, okay? I'm gonna call emergency and get a gurney up here..."

"No!" House's voice was suddenly clear, stronger than it had been since he'd entered Wilson's office. "Wilson...don't..."

Wilson gave him an incredulous glance over his shoulder as he picked up the phone. "Are you kidding me? Look at yourself, House, you're a mess! You just agreed you need a doctor, so I'm..."

"I said a doctor. I have a doctor," House pointed out, an urgency in his slightly trembling voice that Wilson could not quite bring himself to ignore. "You've got the creds, don't you? There's no need to call anyone else."

Wilson froze, turning toward his friend, shaking his head in disbelief, the receiver clutched tightly in his hand. "House...you're bleeding. From two different places, both of which give me great cause for concern. You're barely able to hold your head up...hell, House, you're barely able to remain conscious right now! Do you really expect me to handle this myself? You need major help right now..."

"What, are you calling into question your own ability as a doctor? What's next, you gonna sue yourself for malpractice?" House sneered, resting his head against the back of the sofa and closing his eyes.

Wilson frowned, worried by his lethargy, but assuming that at least he wouldn't give him any more trouble about calling Emergency.

Calmly, without raising his head or opening his eyes, House continued, "I don't want any other doctors. Just you."

"Too bad," Wilson replied without hesitation. "You can't always get what you..."

"What I can do is refuse treatment if I want to."

Wilson's hand stilled above the phone, and he looked at House again, his lips parting in a stunned, disbelieving expression. Surely he wasn't serious?

"And I'm dead serious," House went on. "If you bring any other doctor into this...if anyone else tries to so much as take my blood pressure...I won't consent to so much as an aspirin."

Frustrated anger born of fear drove Wilson around to face his friend, his hand around the phone receiver falling to the desk, momentarily forgotten. "Even you could not be so monumentally stubborn and pigheaded..."

"Oh, trust me...I am the king of stubborn and pigheaded."

Unfortunately, Wilson knew that to be the truth. House was just stubborn enough to hold to his threat, possibly even at the expense of his own life.

"I mean it, Wilson. Unless you want me to bleed to death on your couch right now, you'd better put down that phone and start doing your Hippocratic duty to me...your patient." House's voice was smug, despite the rather worrying fact that Wilson could not ignore - it was also growing steadily weaker, presumably from the pain and continued blood loss from his injuries.

And Wilson still didn't even know how badly he was injured.

With a frustrated sigh, he set down the phone and crossed the room to his friend's side again. "House, listen to me!" he snapped, his own voice quivering slightly with his fear, barely gratified by House's reluctantly returned gaze. "Do you know how ridiculous this is? This is serious! You've been...stabbed, or something...I don't even know what yet...and you could die!"

"Maybe you'd better do something about that..."

"I'm not." The solemn, matter-of-fact tone of House's voice silenced Wilson's argument for the moment, as did the unusually open, troubled expression in the older man's wide blue eyes. House seemed anxious, fearful even - and that was not a level of vulnerability Wilson was accustomed to seeing in his friend. His voice was soft and unsteady as he continued, "All right? Satisfied? I'm not okay."

Wilson nodded slowly, noncommittally, relieved at the admission, but still uncertain as to where House was going with this.

"But I'm not about to die in the next five minutes, either," House assured him. "I've been stabbed in the left abdomen with a three inch blade...would have stopped bleeding on its own already if I hadn't walked up here from the parking garage," House explained with a weary tone of indulgence. "The only chance I have of dying from this wound is if I get some kind of nasty infection from the blade...'cause, you know...who knows where that thing's been, huh?"

The words were followed by a bitter laugh, as House lowered his head momentarily, shaking it as if at some private joke.

Wilson felt the uneasy feeling that had been in the pit of his stomach since the moment he had seen the blood on the back of House's pants increase, and he fought back the sudden urge to vomit as an unthinkable idea occurred to him - an idea that did not even bear thinking about.

"I just...just can't let anyone else..." House's eyes dropped to his lap for a moment before he glanced up at Wilson's face again, only to immediately look off to the side again - apparently, suddenly incapable of making eye contact. "Look, Wilson, I just want you, okay? No one else...I can't...no one else." He hesitated, swallowing hard, his voice gradually softening to a whisper as he spoke. "Just you."

The fact that Wilson did not know whether the softening of his voice was due to an unusual display of emotion, or increasing physical weakness, pushed him toward a decision he did not want to make.

Though, come to think of it, either way's a good reason to be afraid...very afraid...

"House...why does it matter?" he asked, his own voice weary and heavy with impending resignation. "Why can't you just let me...?"

"Wilson..." House's voice was a whisper now. "Don't...don't make me explain this...not yet..." He was silent for a moment, before adding, his voice barely audible, so that Wilson wouldn't have caught the final word at all if he hadn't been watching his friend's face so closely. "...please."

It was that final word - so unusual from House's lips - that made all the difference.

Suddenly, with grim certainty he desperately longed to deny...Wilson knew.

It made sense now - the unexplained injuries, House's evasion of actually explaining them, his refusal to allow anyone to treat him, to the point of desperation at the thought of anyone but Wilson touching him - it was all painfully clear.

House was looking up at him again, awaiting his decision, and Wilson clearly saw the moment of recognition, when his friend realized that he had figured it out. With a convulsive swallow, House looked away again, his jaw set with a stubborn determination not to give any more of his painful secrets away, though his mouth was working with repressed emotion.

"Okay," he agreed finally, his own voice quiet, and as gentle as if he were speaking to one of his youngest patients. "Okay...just me, then. No one else." As he spoke, Wilson turned away from House, toward the door. "Give me just a second, I'm gonna get a gurney myself..."

Before he could move far, however, House reached out a trembling hand to grasp his arm, stopping him. "Wilson..."

"Don't worry, it's quiet on this floor right now. Overnight staff only. I can get a gurney here and get you to a private room without anyone even noticing..."

A question in his eyes, Wilson studied House's face, finding it suddenly difficult to meet his friend's eyes. It was too painful to see the thinly veiled anguish in his brilliant blue gaze, still clearly visible, despite the fact that his eyes were becoming alarmingly hazy. "What? What's the matter?"

"Promise me," House demanded, urgency in his voice. "You promise me. No one else. No one but you."

"No, you don't get it. I'm gonna...gonna pass out in...about another minute...and...and I don't want you...ch-changing your mind, after...after..." He frowned, closing his eyes as he struggled against the overwhelming weakness that was slowly overtaking his body. "Just...just promise..." He opened his eyes, his breathing labored, even as he flashed a grin at his friend and explained with a weak shrug, "I know a...good boy scout like you...'s gotta keep a promise."

Wilson's expression softened at the affectionately mocking words, as well as House's insecurity, his fear that without a promise to hold him, Wilson might go behind his back once he had passed out.

House held his gaze for a moment longer, searching.

"I promise, okay?" Wilson repeated, impatient, but putting on a reassuring smile for his friend's benefit. "Can I get a gurney now and get you to a room and taken care of? Or should we give that infection just a little more time to really set in? Give me a challenge worthy of you?"

House's lips twisted slightly in a weak smile, before he allowed his head to fall backward against the sofa again, nodding slightly. Wilson could see him visibly relax against the cushions behind him, as if allowing himself to rest only now, now that he knew he was safe in the hands of the only human being he could bring himself to fully trust.

Wilson's eyes welled with tears as he left the room, hurrying down the hall to find a gurney. If anyone was equipped to give an accurate self-diagnosis of a stab wound such as the one House had taken, it was House himself, and chances were that his injuries were not even close to fatal. Still, Wilson would not be able to rest easy until he had seen for himself that House was all right.

But he's not all right, he reminded himself with a sinking heart. And he might not ever be all right...not ever again...

As much as his mind had tried to hide from the knowledge, and then to deny it, Wilson knew already what he would find when he examined his friend, and was partially grateful that House would be mercifully unconscious for the examination.

House had suffered enough indignity and humiliation for one night - for one lifetime.

As much as he wanted to un-know it, Wilson knew the truth.

House had been raped. 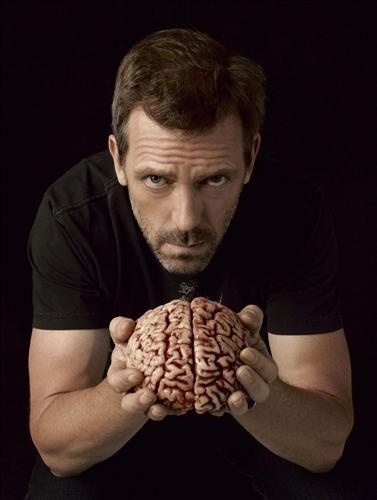 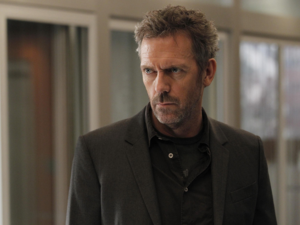 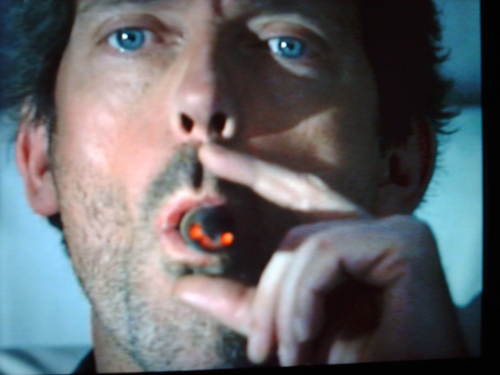 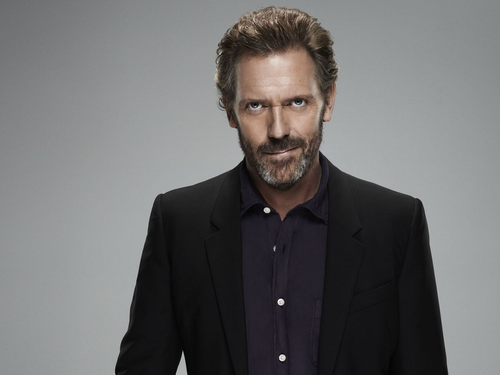 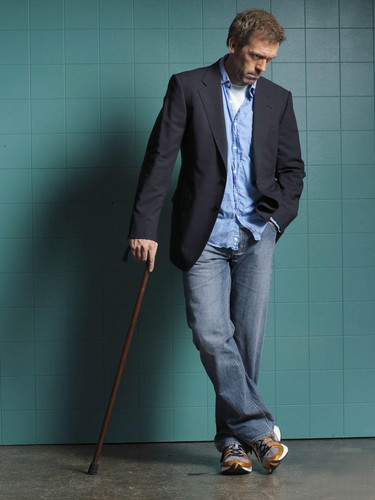 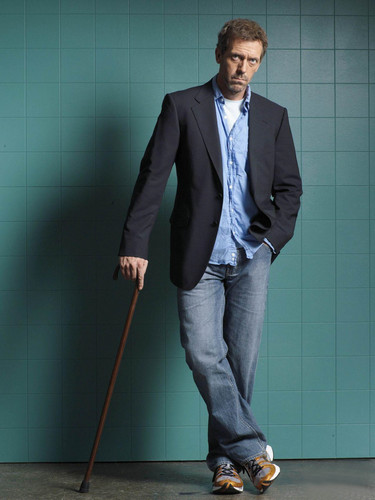 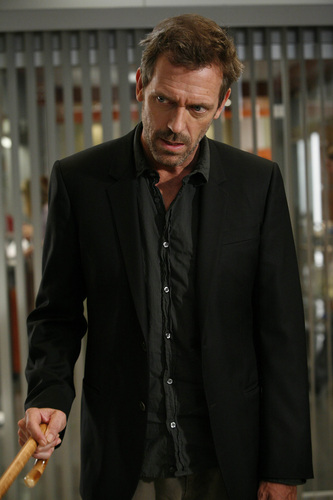 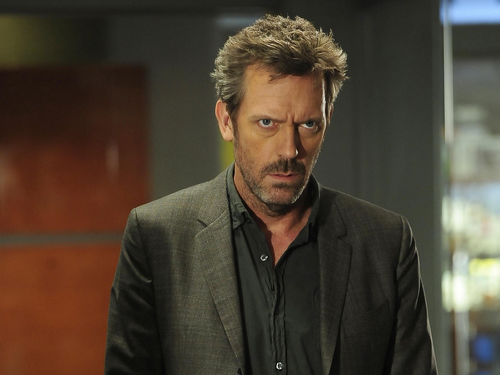 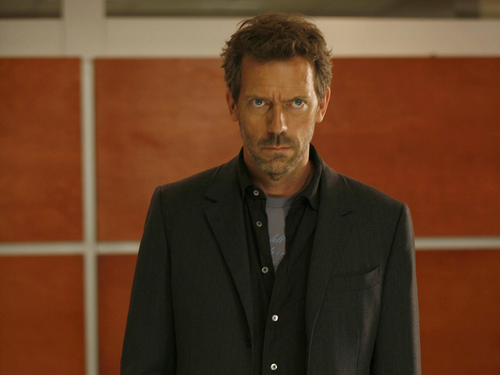 1
Dr. Gregory House
added by DoloresFreeman
Source: made by me 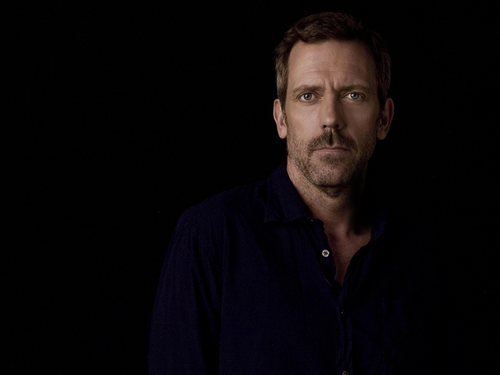 3
Dr. Gregory House
added by DoloresFreeman
Source: made by me 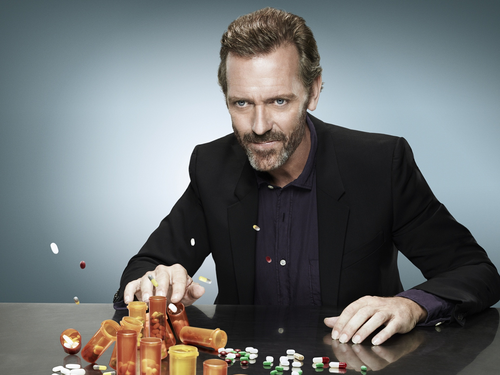 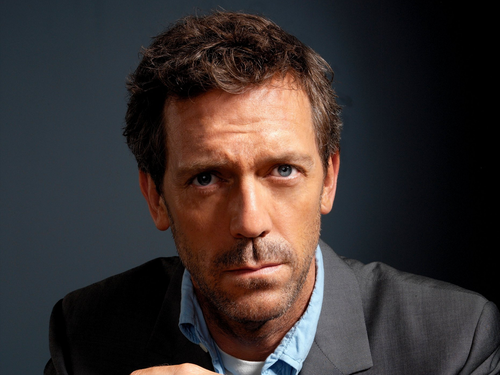 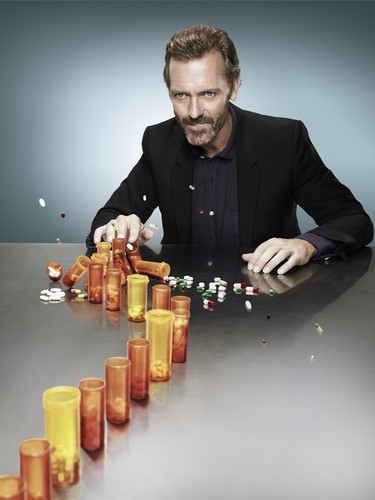 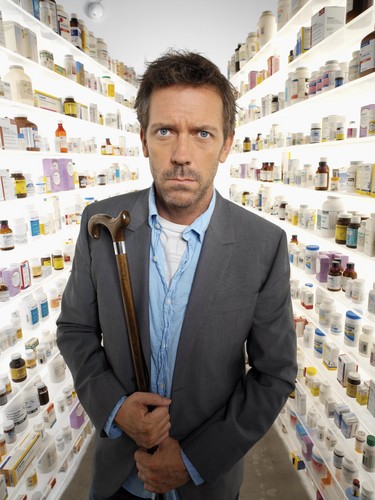 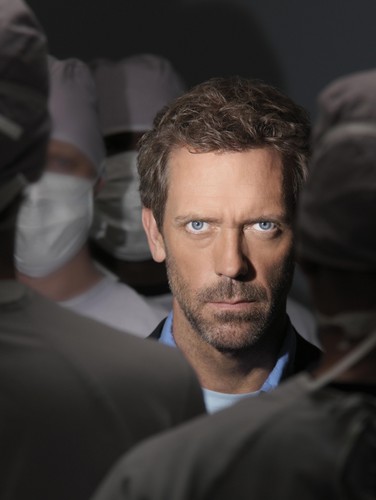 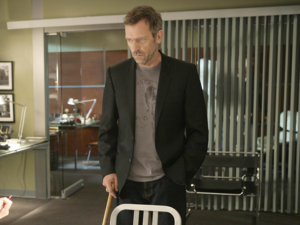 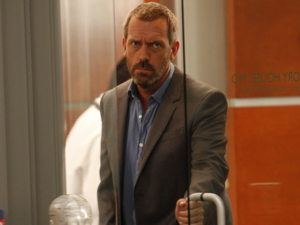 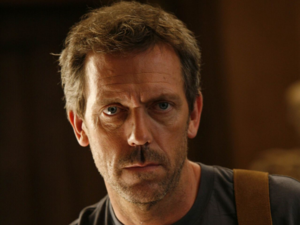