Here's a collection of quotes from Jack Hodgins (and other squints I guess...but mainly Hodgins). :)

[Booth is talking about Cleo Eller, who was just discovered dead]
Booth: Yeah, well it’s my job to find her.
Hodgins: Well in that case congratulations on your success.

Hodgins: Chem Lab mass spectrometer identifies the particulates in Charlie Sanders' mouth as fluoride. [Brennan is staring at her computer screen] I know that look.
Brennan: What?
Hodgins: You're writing another book. When you write you get this stunned look on your face like you stuck a fork in a toaster.

[Hodgins and Zack are racing beetles]
Hodgins: What if they get mixed up?
Zack: I can tell them apart. [points to one] That's Jeff and [points to the other] that's Ollie. I win.
Hodgins: What? Wha... That one was mine!
Zack: You had Jeff. I had Ollie, Ollie won and you owe me a buck.
Hodgins: You want in on the action Angela?
Angela: [sighs] No, thank you. I'm going to go have sex.

Hodgins: I demand another beetle, alright? Jeff's got a groin pull.
Zack: Arthropods do not possess groins. Pay up.

[The phone starts ringing in the lab and Hodgins picks it up]
Hodgins: Hodgins.
Zack: [on other end of phone] Most trecondi codes have a complex numerical cypher.
Hodgins: That's a fun factoid Zack, thank you.
Zack: 12402510221. That's the number they found on the victim.
Hodgins: Well, you’re the one with the photographic memory. I'm the one that's good with the ladies.

Zack: This is the type of situation where someone says, "Oh my god."
Hodgins: Pretend you're a person and say it.
Zack: Oh my god.

Hodgins: Okay, okay so you’re telling me that my toe chewing moron cousin was appointed to a secret post in a secret part of the government you can’t tell me about so you compiled a secret dossier on me, but I’m the one who’s paranoid.
Pickering: We don’t use the word "dossier".
Hodgins: What was the finding? I…I still work here so…
Pickering: Harmless.
Hodgins: Harmless? I’m harmless?
Pickering: Yes, you do not pose a viable threat.
Hodgins: Well, that’s just insulting.
Pickering: If you want me to interview you, I will but I will only discover what we already know. You are benign.
Hodgins: I am not benign, lady. I’m not harmless. I’m malignant! I’m a loaded cannon…
Pickering: Thank you Dr. Hodgins. [she walks away]
Hodgins: I know things that would curdle your blood! Including a formula that literally curdles blood!

Booth: You know you guys are geniuses.
Zack: How do we find that?
Booth: I work for the F.B.I., you idiots.
Hodgins: Way to go Zack. We went from geniuses to idiots in 3 seconds.

Hodgins: I hate to say conspiracy, but, my peeps, we've got a conspiracy.

Cam: Hey, Hodge-Podge, all engines reverse. First we identify beyond a shadow of a doubt, then we get paranoid.
Hodgins: Cool. As long as paranoia's on the schedule somewhere.

Hodgins: [to Brennan trying to cheer her up about not being named Goodman's replacement, and Cam was] You're not a flesh-pressing, ink-stained, policy-making wank-tard.
Cam: [Hodgins knows Cam overheard the "wank-tard" comment, and starts babbling] You're chattering me to death because you hope I'll forget that you called me a wank-tard.
Hodgins: [chastened] It's a ...made up word. No meaning.

Hodgins: Listen, Angela, we've been dancing around this for months now, like two pieces of neodymium caught in a magnetic field.
Angela: Is that good?
Hodgins: Yeah. But if the field weakens, they fly apart. Which is why I thought they should go on a date.

Hodgins: If you haven't figured out the stun gun, then I am this week's King of the Lab, 'cause I found something huge.
Angela: You compete to be King of the Lab?
[Hodgins notices her for the first time and becomes embarrassed]
Hodgins: [scoffs] No.

Hodgins: I’m nuts about Angela. Over the moon. Stupid in love with her. That’s why I bought her that – that crazy, expensive perfume. Man give you a bottle of perfume like that, it says - it says “I love you”. There. I said it out loud.

Booth: (After Hodgins has informed him of the letter about Marvin Beckett) Okay, who else knows about this?
Hodgins: Us and you, that's it.
Booth: Let's keep it that way.
Hodgins: I've seen this movie, I get killed on the way home.
Booth: Then don't go home.
Hodgins: (laughs then stops abruptly) You serious?

Hodgins: I clicked on a pop-up and got caught in a pornado.

Hodgins: I am not a party trick!

Hodgins: Release the hounds.
Zack: What?
Hodgins: (Annoyed) Pour in the Sea Chimps.

Hodgins: Those Sea Chimps went after that pork by-product like piranhas after a skinny-dipping missionary.

Zack: I will be the back end of a cow.
Hodgins: So, no costume.
Zack: Naomi from Palentology has agreed to be my front.
Hodgins: So many jokes, so little time.

Hodgins: The clothing came from a church-run thrift store.
Cam: How could you possibly know that?
Zack: There is no bug or slime specific to church thrift stores.
Hodgins: You don't know that. I'm the bug and slime guy. You're just the auxiliary bone guy who dresses up like the back end of a cow.

Hodgins: Does Brennan put "Mr." before your name?
Vincent: Yes.
Hodgins: That's her very subtle way of saying you're not a doctor.


Hope you enjoyed reading them. :) 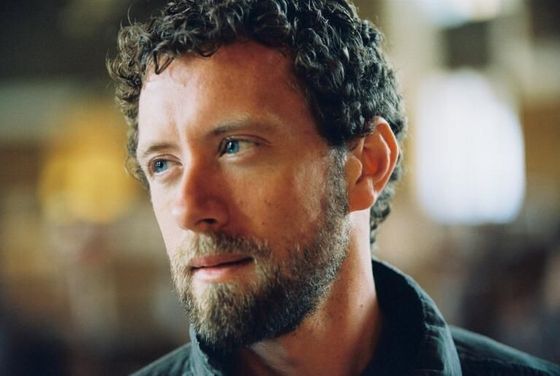 BloodyMascara_, rensusanto and 14 others like this
MagicalRose Awesome Qoutes he is so cute!
natulle I did :D I love the conersation between him and Pickering ;D
MelBelle2 I love hodgins he's so awesome! thanks for posting these!
RavenclawQueen That's her very subtle way of saying your not a doctor. lol I love Jack
iluvgeradway i dont know about anyone else but i think hodgins is extreamly HOT!
nicole_23 My fave quote is "I’m nuts about Angela. Over the moon. Stupid in love with her. That’s why I bought her that – that crazy, expensive perfume. Man give you a bottle of perfume like that, it says - it says “I love you”. There. I said it out loud." <3 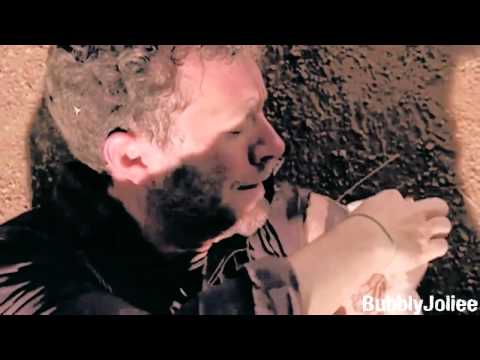 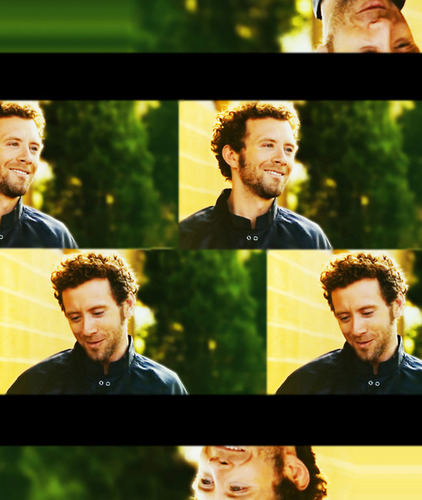 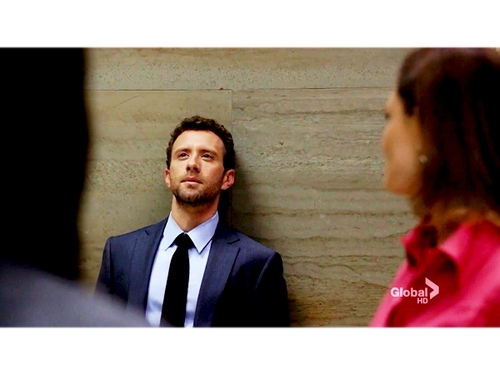 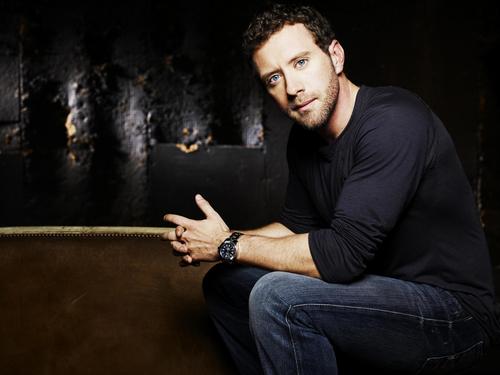 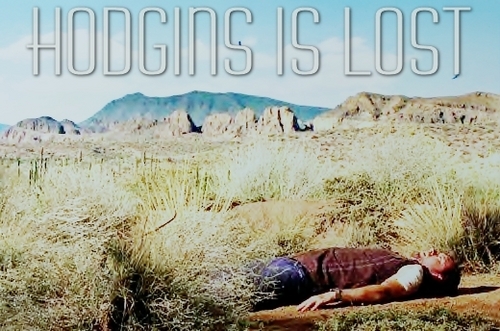 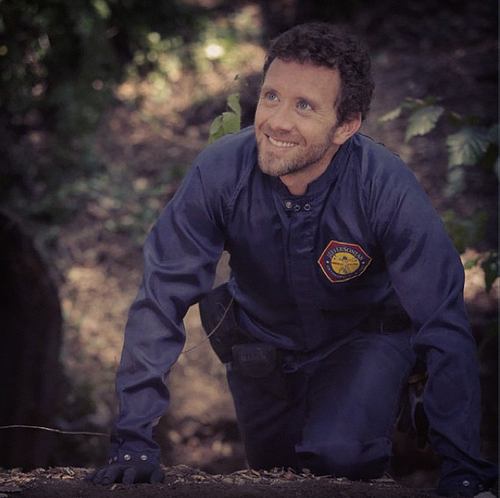 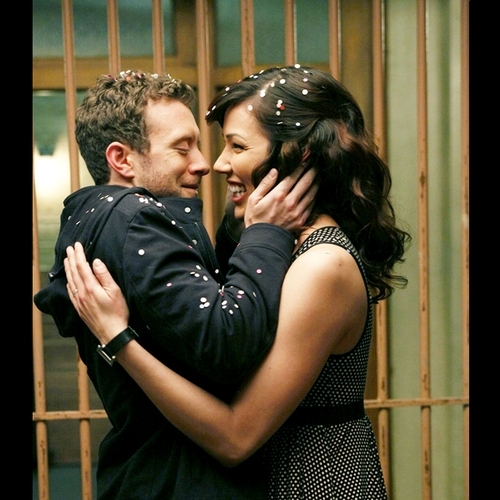 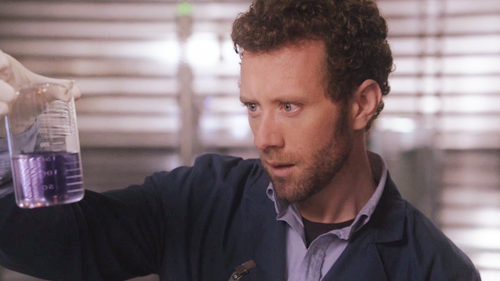 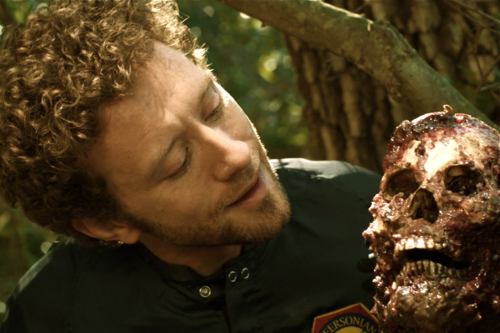 3
TJ Thyne on Charmed
added by natulle
Thought that since TJ things - not just hodgins things is added to this spot I would too (; TJ was on Charmed. Never noticed before. He's from 3:08 to the opening credits and his name is written under guest stars after the opening credits (;
video
charmed
tj
guest star
thyne 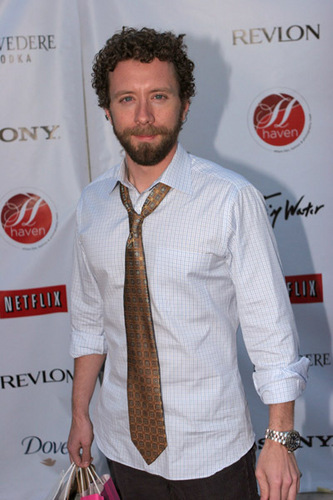 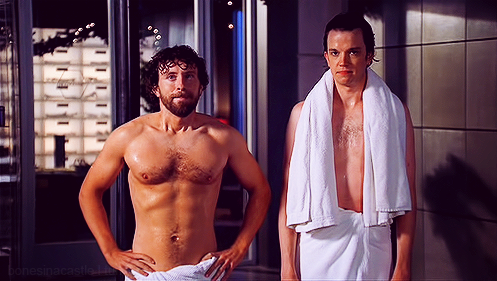 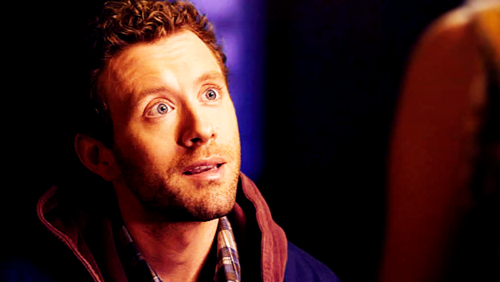 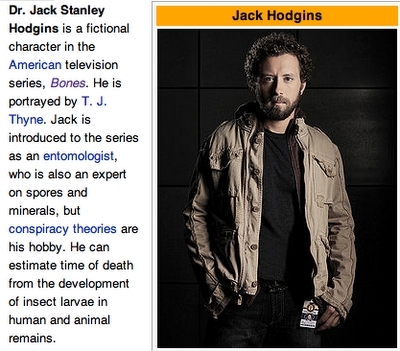 1
Hodgins <3
added by natulle
Source: google (I only remmeber I got hem from there)