15
Wilson versus The Emmys
posted by misanthrope86 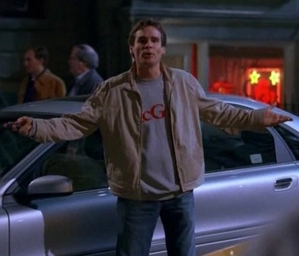 "What the frick Emmys?!?!"
As we have all heard by now, Robert Sean Leonard has been snubbed by the Emmy Awards once again. Not only did he not recieve a nomination for his role as Dr James Wilson, he did not even make the nomination shortlist. In previous years, I have felt that Robert Sean Leonard deserved at least a nomination for his work on 'House MD', and was always bitterly diappointed that he was ignored every year. However, this year I thought it would finally be his year, especially given his brilliant performances in the episodes 'House's Head' and 'Wilson's Heart'. Yet, the Emmy Gods decided against rewarding his acting ability.

So, for another year, we are left to curse the Emmy Awards. Once again, there has been significant critic and fan outrage at the RSL omission. I thought I would collect a few of these opinions and share them with you so that we can all be angry together!

(NB: If there are any spelling or grammatical errors in the quotes that I have used, they are the errors of the original writer, not me!)

I was disappointed but not surprised that Robert Sean Leonard wasn't nominated for supporting actor. If they've snubbed Hugh Laurie year after year then Leonard didn't stand much of a chance. Sad that Leonard isn't getting any recognition for his amazing acting in the House season finale, but since most people don't even take the emmys all that seriously anymore then it probably doesn't matter much in the long run. – Alice

And these comments, I found link.

I'm also bummed that Robert Sean Leonard didn't get noticed for his heartbreaking turn on House (but then, the Emmys have never given the lead actor prize to Hugh Laurie either, incredibly enough).

It's a crying shame Robert Sean Leonard wasn't nominated; he deserves some serious recognition for his truly outstanding and sadly overlooked work. Of course these are the same geniuses that have snubbed Hugh Laurie over and over again, so you can't be too surprised that they're ignoring Leonard. Oh well, nobody really takes the emmys all that seriously anymore anyway. – Jane

Robert Sean Leonard richly deserves a supporting nomination. But then, considering the fact that the constantly amazing, incredible Hugh Laurie has never won an Emmy, one can't be too surprised. I used to avidly watch the Emmys each year, but as their idiocies have piled up, I no longer care. – NLP

I think that these comments raise a good point. I guess it is silly to expect the Emmy people to select Robert Sean Leonard for a nomination when they regularly bypass the great Hugh Laurie!

THE SNUBBED: "House’s" Robert Sean Leonard had good reason to call out "Oh Captain, My Captain!" today. He’s finding his stride against the super talented Laurie and deserves to be recognized for it.

And these further comments can be found link.

Robert Sean Leonard not even being on the short list is appalling. His character is the epitome of Best Supporting, making great TV out of small or large contributions. – Hasher

I think that Robert Sean Leonard is severely overlooked. He's been great for 4 seasons now, ESPECIALLY in season 4. The season finale was absolutely gutwrenching. The sad part is, he's been one of the more consistently great supporting actors in primetime and he's not getting recognition for that. Shame on the academy for overlooking him, and I wish him the best of luck in years to come. – Alex

I'd also like to know why Robert Sean Leonard is continually ignored. – Rhonda


These comments came from link.

Who do we have to bribe to get Robert Sean Leonard on the list?! You have GOT to be kidding! – kchez

Also, where the heck is Robert Sean Leonard?!? He is one of the reasons (besides Hugh Laurie) that I watch House and he was also amazing in the season finale. – luckycharm10

Sheesh. No Robert Sean Leonard who gave us a shocking (amazing!) side to Wilson in the final (not that he wasn't amazing all year long). – Lightess

And these final comments, I found link.

I agree with a previous commenter about Robert Sean Leonard. This guy acted his heart out. His performance was so moving, emotional..just heartwrenching. He and Anne Dudek both. I really thought he had a shot this year. I am so naive. – Christina

No Robert Sean Leonard and no Anne Dudek...what the frak is wrong with these voters?!?! – anonymous

WHERE IS ROBERT SEAN LEONARD?!?! His performance was unbelievable in the season finale alone. – Amy

...and I am more than pissed about Robert Sean Leonard being snubbed. His performance this season on House, and not only in the two-part finale, was absolutely stunning and he should have been on that list for Wilson's heart alone! – Buffy

And for Robert Sean Leonard, whose work on House is far more interesting than Lisa Edelstein's but she gets short-listed. – Pamela

While I love Lisa Edelstein as Dr Lisa Cuddy, I was surprised to see that she was short-listed, but Robert Sean Leonard wasn't, esepcially given the story arcs involved in season four. It does seem odd that Lisa gets closer to a nomination than Robert does when Robert had more screen time and a more dramatic storyline this season.

So, my friends, we can now only hope that the Emmy Gods smile on Hugh Laurie and 'House MD' in general. At the end of the day, it is just an award show, but it would be nice if they rewarded RSL's genuine and natural talent.
Bery, EnjoyHuddy and 13 others like this
pollyloveshouse I also feel terrible for RSL!! He puts in so much hard work (though he denies it!) and surely he must be important if next season has a whole arc about him!! We all know that he and House will make up, they have to!! What would we do without Wilson?!?!? And i liked your article, it was nice to see so many people's (very good) opinions!!
housecuddy4ever I agree with pollyloveshouse. Without Wilson life would have no meaning(well to me anyways) I hope RSL doesn't get snubbed next year... If he does...that is the year I will kill the idiots who snubbed Hugh over and over again...and snubbed Lisa Edelstein,and Anne Dudek this year.
babybell i think he reallly deserved at least a nomiantion, he was great, and i think that even though he is not my favoriite actor or character on the show.... i am not so surprised that Lisa got short listed, but i definately think if she did RSL definiftely should have done. All i can hope for is Hugh to win the Emmy.
oldmovie Wow misanthrope86, excellent article. I too have given up a long time ago with the awards. Shows like "Grey's Anatomy" and "Desperate Housewives" recieving nominations.....they're such a joke now. RSL and Anne Dudek should have both been nominated, although I never truly liked Amber as a character, Dudek managed to pull that role off excellently and I was truly suprised she was snubbed. RSL what bugs me the most is his parts vary in and out between important parts, Tritter Arc and Amber arc, and just fun little moments. But because he has more little fun moments, people overlook how freakin great he is at those little parts. People forget that half of the time what's written on the script shows nothing besides the words, the actors have to interpret tone of voice, facial expressions and gesticulations. Now for my little rant against the last comment, being an avid LE supporter, I think she does a fantastic job with what she is given. I do think its suprising that she was short-listed over RSL considering he was actually given way more to work with, contentwise and he portrayed more much emotion than she's ever had to. Even though I do think she deserves her short-listing, I think its shocking they recognized her work and not RSL's.
misanthrope86 Oh yeah, I agree oldmovie. Lisa deserved to be short-listed (and should have been nominated), but RSL is just as deserving and it is rude that he misses out, yet she gets recognised. It doesn't really make sense. But I definately agree that she deserved her short-listing. Thanks for the comments guys! :)
Chandlerfan I really think that RSL should have been at least nominated too. He is underappreciated and overlooked on so many occasions that I find it quite irritating. He is a genuinely brilliant actor and he deserves at least some recognition for all the hard work and effort he has put into it, especially the House season finale. I have henceforth lost ALL faith in the Emmy's and to be honest, most award ceremonies considering they don't know great acting when they see it and would rather whoever is paying them more money win an award. It's a shame they can't see beyond money, and focus on the acting talents that should be the epitome of the Emmy's. For shame. And great article btw. =]
Bery He SOOO should've been nominated for Wilson's Heart 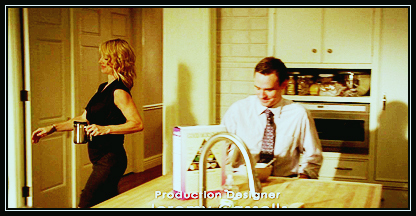 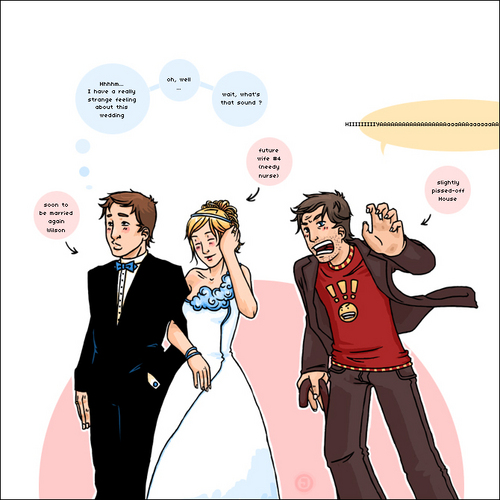 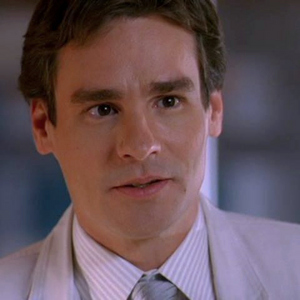 NOT MINE.
This is an extract from the link "Difficult Characters" written by Doris Egan (one of the writers of House MD), in which she writes a few things about Wilson's character. The complete article also includes analysis of characters from different stories she has written.

Take Wilson, a complex character on House. He's introduced as (1) a married womanizer (and therefore, by definition, a betrayer)...
continue reading...

4
Unplanned Parenthood GIFS
added by caramelmilk
Source: fox and me 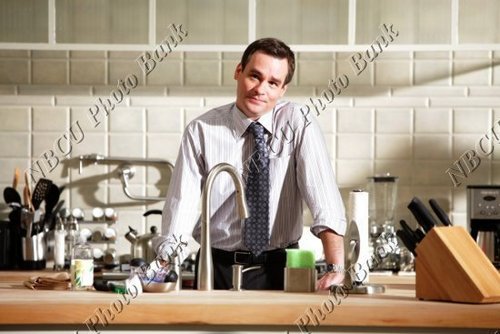 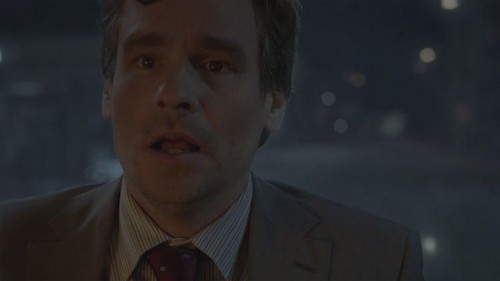 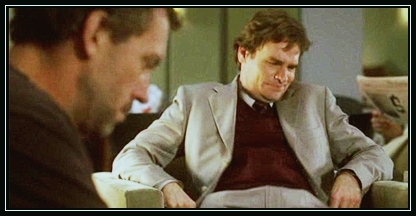 5
Wilson picspam-3x11
added by caramelmilk
Source: FOX, edited by ME 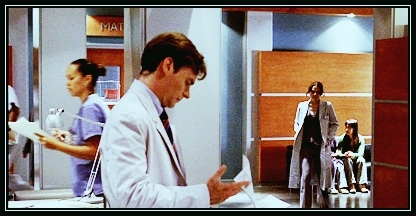 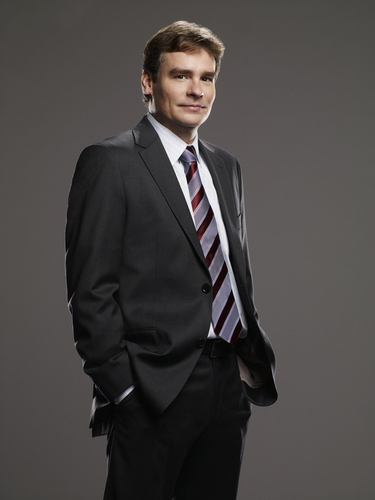 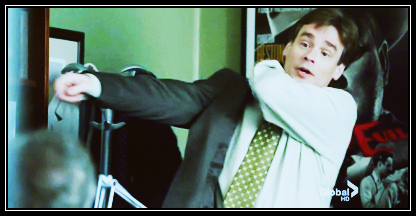 2
Wilson picspam season 5
added by caramelmilk
Source: fox and me 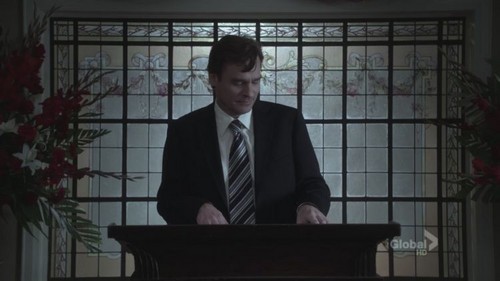 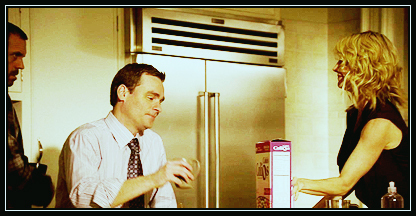 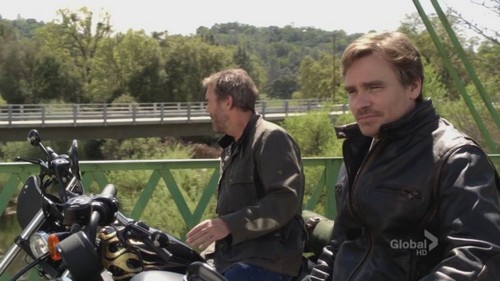 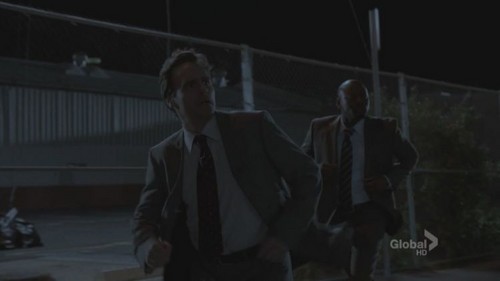 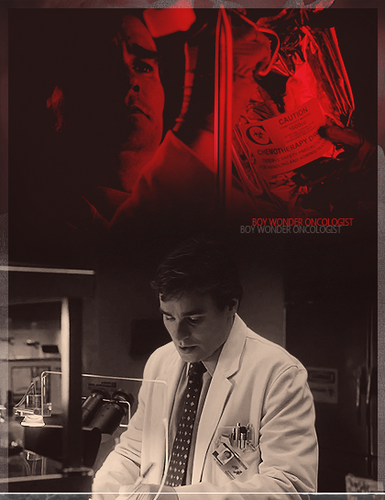 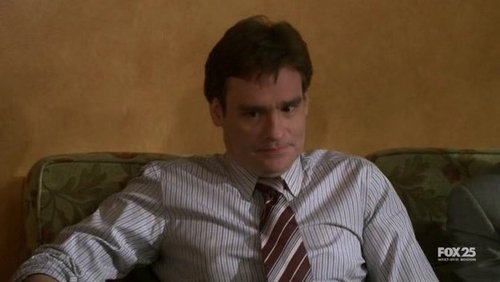 5
''Dying Changes Everything''
added by Dutch_House_Fan 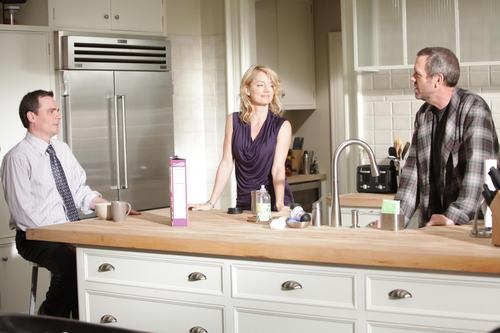 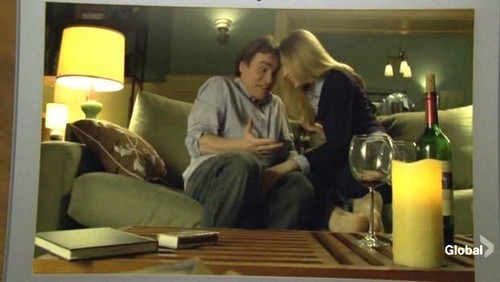