The Life Of Draco Malfoy - Chapter 1: It All Begins.
posted by CrimsonTwins
He stood there, on his stone balcony, staring down on the lawn with his icy gray eyes. It was cloudy, as if it were to rain soon. He would be gone to Hogwarts as a 3rd year student within a week. Draco Lucius Malfoy had a look of pure hatred on his eyes, jealousy laced in his eyes, mind, and heart.
'Harry Potter, the "Chosen One?" Hmph. As if. Everyone knows it is I, Draco Lucius Malfoy that is the Heir of Slytherin...'
But something broke his train of thought. It was his mother, Narcissa Malfoy (nee Black) sitting in the creaking rocking chair, her stomach as round as a watermelon. She was expecting her second child in a month or two. This made Draco even more unhappy as the days went by.
"Draco, dear. I know you are on edge with the new baby that is to arrive soon." Narcissa said, her voice silky like the finest red wine. Draco's grip on the stone railing got tighter, his ivory knuckes turning even whiter. Narcissa's eyes saddened a bit, her blood-red lips turning slightly into a saddened frown. Lucius was happy, but of course, had the look of being unimpressed on his face. Draco did not want to look after a sibling during the summer, or receive unneeded news about his sibling as the days went by. It had begun to rain, as small raindrops flecked across the stone balcony. Draco turned on his heel, and walked inside, frustrated. He slammed the balcony doors shut and locked them, pulling the dark navy curtains shutover the windows.
"Would I have to teach her spells? Or would I have to watch her every day while you and father went out?" Draco snapped, spitting as he talked, his teeth gritted. Narcissa sat in shock at her sons anger.
"I am hoping that father wouldn't give her the Elder Wand, or let her become a Death Eater as well." He spat, his ivory face turning pinker with each word. Narcissa opened her lipsticked mouth, and spoke softly.
"Draco, we will all share the task of teaching her spells, charms, curses, and hexes. Don't you worry. You have nothing to be angry over."
But Narcissa did not think her words over carefully. Draco spat with rage, his face red as a strawberry now.
"BUT I WILL HAVE TO TEACH HER MOST! IT IS NOT FAIR I HAVE TO TAKE MY TIME TO TEACH THAT-THAT-THAT THING!" He was very angry, spitting each word as if he were again calling Hermione a "Mudblood". Lucius walked in, the familiar sound of his emerald-eyed silver snake cane making soft click-click-click noises against the beautifully tiled hallway. He swiftly opened the door, then shut it.
"Draco, you will respect your sibling, if it is still inside your mother or not. Anyway, she will not be taught spells until she is 11." Lucius said smoothly, his face calm, but he held the same look on his face. Draco's face went from red, to dark pink, to light, to ivory within a few minutes of silence. He walked out quickly, and slammed the door, causing Lucius's two dogs to begin barking. Narcissa sighed, as she hated seeing her son so angry like this. Draco walked to his room and slammed the door. Thunder rumbled from the distance, slowly hovering over their house. He sat upon his bed, and held his head in his smooth hands. He closed his eyes and thought for a while, before turning his head to look at his ebony wood desk. A slight smirk overcame his face as he saw a note from his one and only, Pansy Parkinson.
'Draco, I still remember the first time we snogged in Filch's closet. I do love you Draco, and I will do ANYTHING for you. Next year, let's sit in a compartment together, just you and me. ~Love Always, Pansy'
Draco gave a slight smile, before heading back to the balcony room. He opened the door a bit, to see his parents looking back.
"Mum. Dad. I will help as much as I can." Draco said, with a slight smirk. 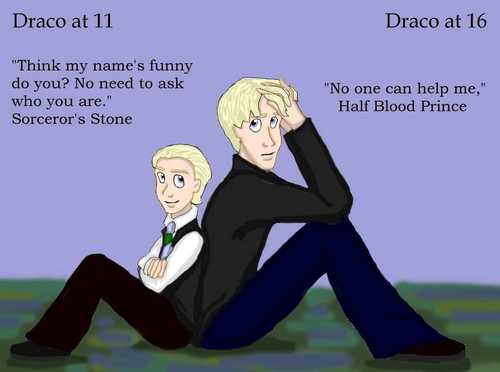 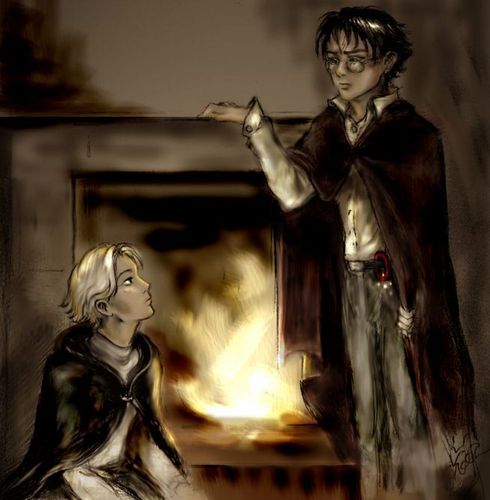 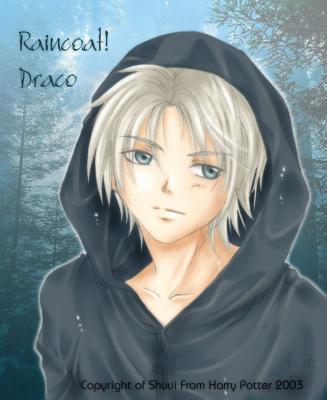 6
draco in a raincoat
added by CJs-baby-gurl 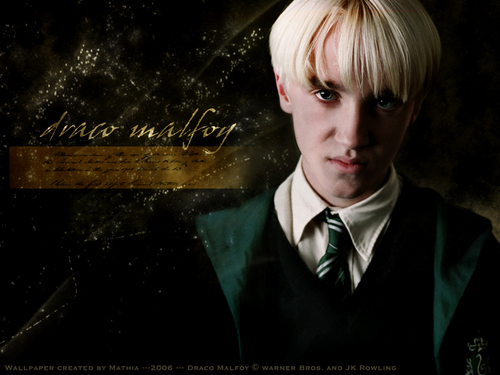 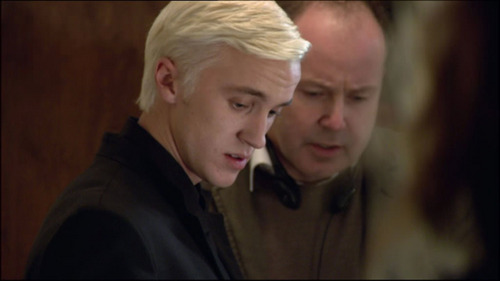 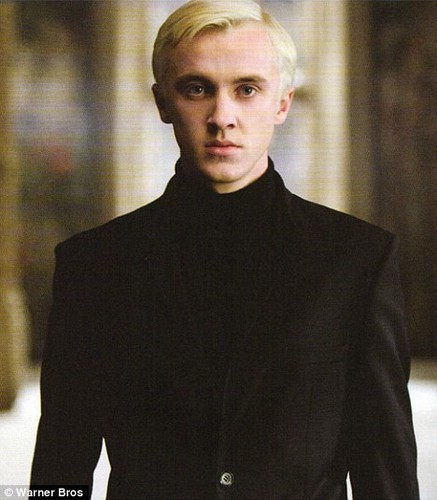 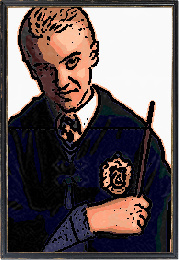 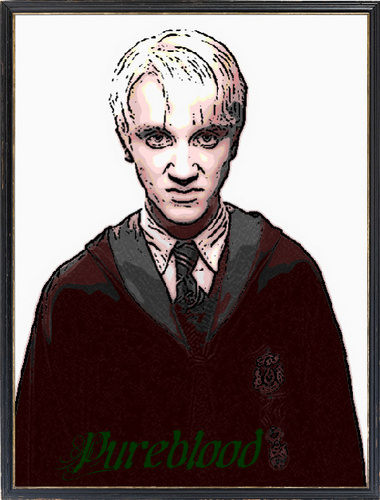 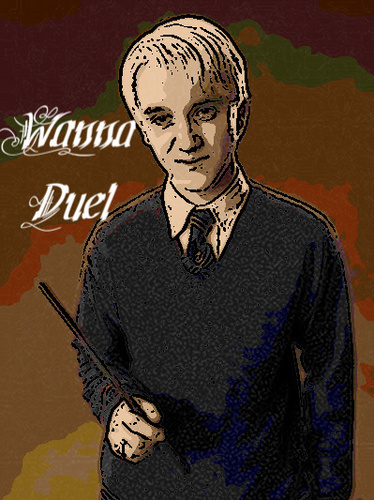 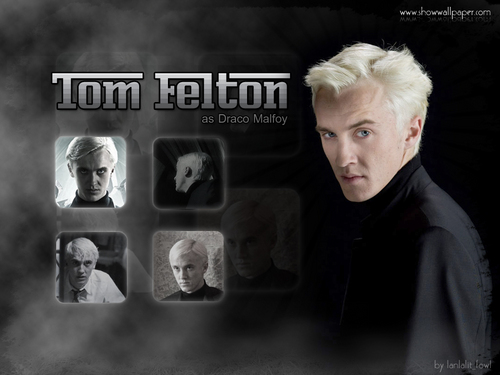 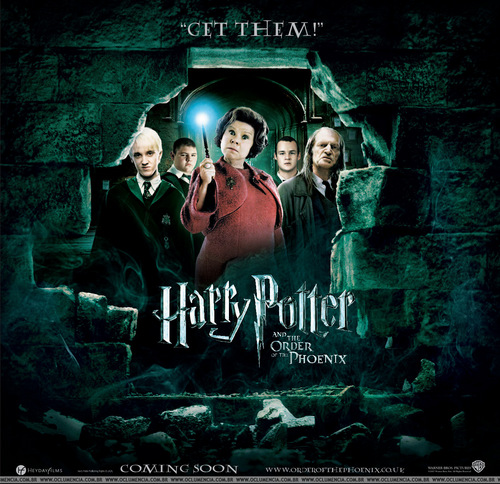 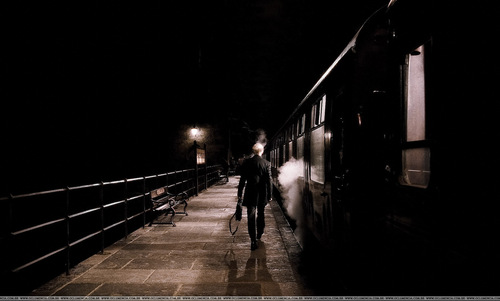 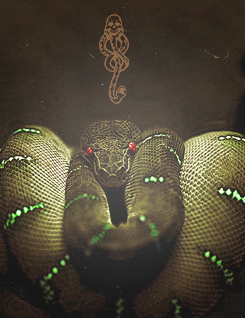 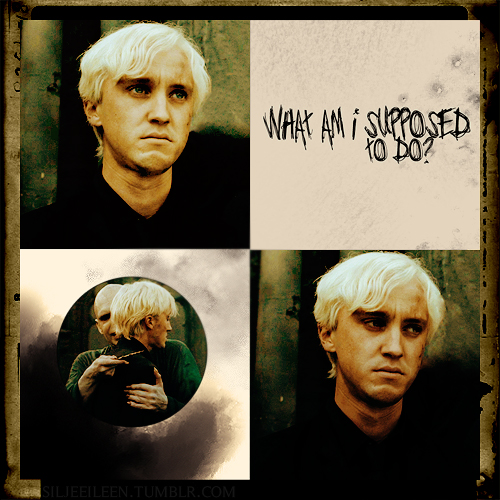