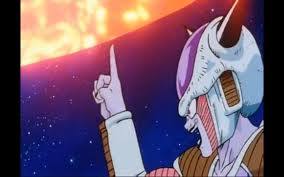 Frieza's attack on Planet Vegeta
This is a little new series I am creating to ease new DBZ fans into the universe. Veteran fans can also use this if they forget something, or are just in boredom. I might reference other parts of Dragon Ball, but I will stick mainly to Dragon Ball Z. Today I am talking about plot.

Akira Toriyama, creator of all Dragon Ball, has been known for forgetting details of his own series. There might be plot holes.

The series starts off (Though this part isn't showed in the beginning [With the exception of DBZ Kai], but this takes place in the beginning of the timeline [I am not counting the episode of Bardock, as it is not cannon, but that's another topic I might get to in this series]) as Frieza destroys Planet Vegeta, the home of the saiyans, and Bardock, the father of Son Goku, makes his final stand, but is killed by Frieza, along with the planet, with ease.

As the first Dragon Ball goes on, Goku has many journeys on Earth, where he was sent to
wipe out all life forms on the planet, but bumped his head and forgot, then he became sweet. He fought many opponents including Demon King Piccolo and his son, who later plays an important role in DBZ.

When Dragon Ball Z starts, it is five year later, and Goku is an adult with a son named Son Gohan, after Goku's "Grandpa". Goku decides to visit his old friends at Kame House, The home of Master Roshi, the turtle hermit. But at the time of this joyful reunion, a mysterious man claiming to be Goku's brother arrives. He claims that Goku is a saiyan, and that his real name is Kakarot. His name is Raditz. He tells Goku that he hasn't been doing his job and takes Gohan.

Both Goku and Piccolo (Jr) persue Raditz. Piccolo believes that Raditz will interfere with his plans of world conquest and joins Goku. They fight Raditz and Goku sacrifices himself in order to defeat Raditz.

A voice from Raditz's scouter (a device that measures people by power levels) informs Piccolo that two saiyan warriors will be arriving in one years time. The news spreads to Goku's friends and they begin training. Piccolo takes Gohan to strictly train him.

Meanwhile, Goku runs through the harsh Snake Way to reach King Kai, who will train him the techniques Kaioken and the spirit bomb, which King Kai permits him to use it only once.

While Gohan is training, a full moon appears and he is transformed into a great ape. Piccolo destroys the moon and takes off Gohan's tail, the source of this power. Piccolo slowly gets attached to Gohan, becoming more of grumpy than evil.

The two saiyans, Vegeta and Nappa, arrive early, while Goku arrives late. While Goku's other friends fight, Vegeta and Nappa plant six beings called saibamen, each with about the same power level of Raditz. Yamcha, one of Goku's friends, dies to the saibamen.

After the saibamen are finished off, it is Nappa's turn. Chioutzu dies when self destructing in an attempt to defeat Nappa. It didn't do much. When Goku arrives, Nappa is defeated. Because if this, Vegeta sees him as weak and kills him himself.

Vegeta couldn't beat Goku. He even replaced the moon and became a great ape! (Goku can't due to his tail being cut off in the original Dragon Ball.) Vegeta barely escaped with his life. The one good thing that came came from this was a zenkai boost, making him stronger after recovering from near death. One day, his was going to beat Kakarot. One day.

Okay! That was all I had time for today, I hope you enjoyed and please give me feedback! Have a good day! 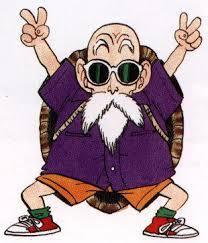 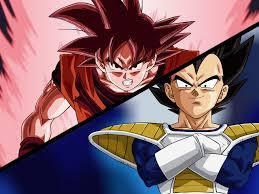 Vegeta vs. Goku
akatsuki48 likes this
TastyNachos The comma in the title is a typo... woops... 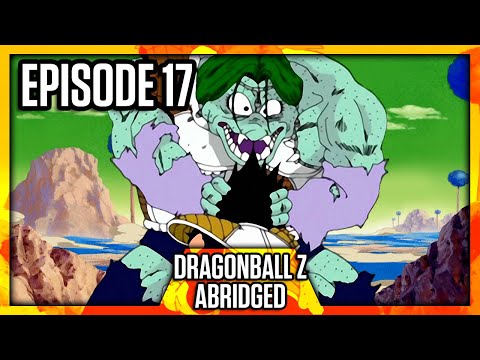 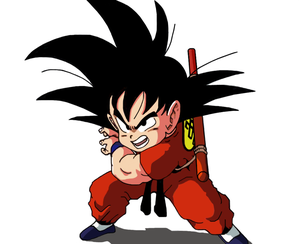 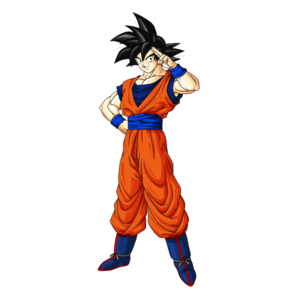 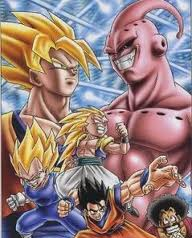 1
Battle Against Buu
added by Sasuke67 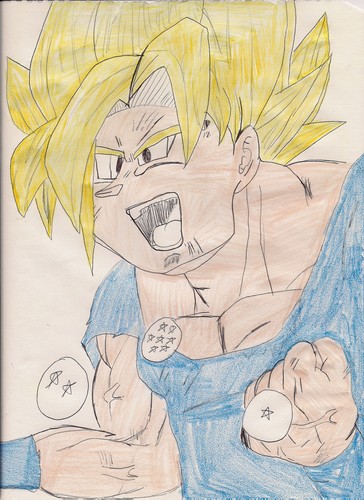 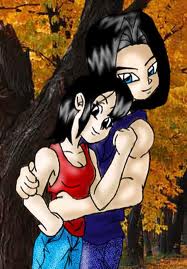 pan and android 17
added by jordin887 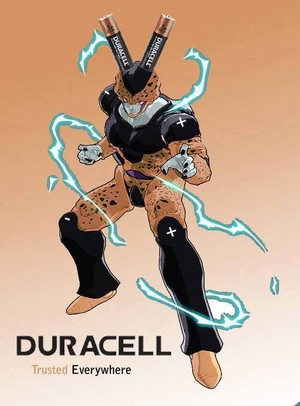 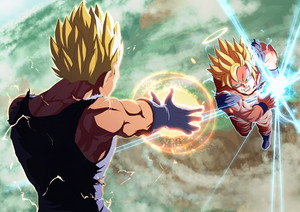 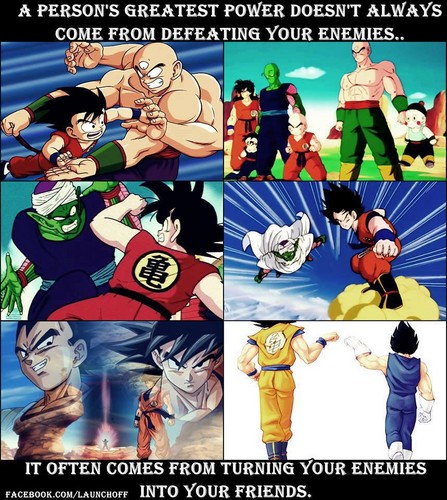 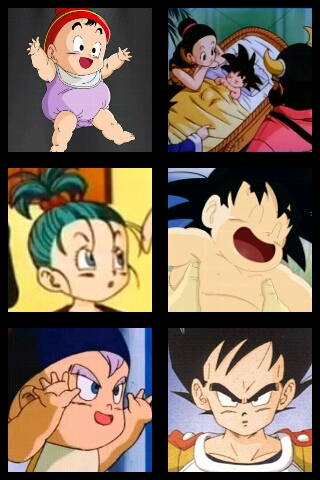 why're they so cute when young?
added by HotGogito 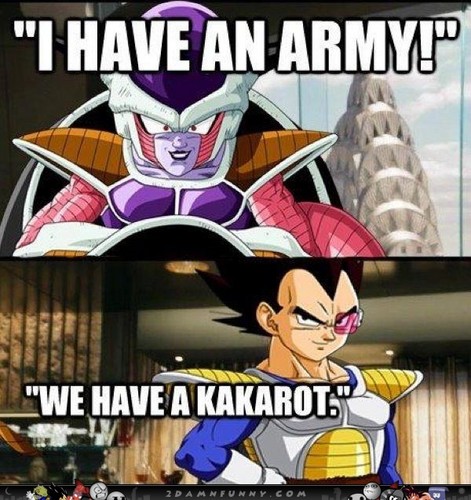