The Dragon's Rage
posted by Fairstepshaven
Wow, this place is quiet.... anyway. This is another dragon story I recently wrote (just finished two minutes ago. No joke). I was inspired by the epic song "Protectors of the Earth" by Two Steps From Hell.
Such a woeful yet epic tale it tells, even though it has no words. The music and chorus says it all. A massive battle between two forces, humans and dragons. The dragons are enraged by the humans' acts of selfishness and desire to eradicate the dragon race. They retaliate with the force of a million men, and they will not stop until the species they so despise is gone. Or at least until they learn their place. This particular beast has awakened only to find that his life has been ruined. Rage boils in his unholy blood, and he uses that rage to plot his deadly vengeance.
I tried to channel this battle within my mind to put it in words to sing a song of its own. I truly hope you enjoy.

Thunder rumbled in the distance. Thick, dark clouds were accumulating overhead, sending long shadows sprawled on the ground. The suspense was heavy in the air; we all knew what was coming. We heard it before its massive shape plunged through the sky, its large wings flapping with a steady thump, making our skulls rattle. The beast's luminescent yellow eyes glittered terrifyingly through the storm, bright against dark. We scattered, leaping for cover behind bushes or boulders. But it was too late. The dragon landed, sending a shock through the earth. Its scales were black as the shadows it cast, gleaming and clinking as it moved. A burst of ruby flames erupted from its massive jaws, quickly spreading as they hit the ground. The fire pooled around the beast's legs as it swayed around, looking for where its hiding prey may be. The coiling tail swept through the columns of red and orange, catching on fire itself, but the dragon did not seem to notice. It was too busy snapping up a pathetic human, eating it in one bloody gulp. The beast raised its mighty foot, the five wickedly jagged claws catching the light of its own eyes, and it crashed down upon a boulder where another human hid. The rock burst to pieces as the claws swiped it away, and with a roar that rang in our ears, the dragon's cranium swooped down, grabbing the human so that its torso wriggled wildly outside the mouth. The dragon swung the other half of its enemy away, and roared once more, more flames spewing from its jaws. The fire swirled as the dragon moved again, head low to patrol the ground for more unlucky humans. There were not many of us left, as we had a small troop anyway, but we would not run. We would either fight courageously, or die painfully. Escape was not an option, anyway. The dragon stood guard in front of our only escape. Behind us was a mile high cliff, and the dragon would most likely catch us if we were to try and run. The flames were nearing our positions, surrounding us, but we were not harmed- yet. It was a matter of time before the burning element killed us, or the beast itself found us. The fire danced high up the dragon's legs and leapt up beside it, creating dazzling crimson arcs as it loyally traveled beside its dreadful maker. The beast swung its mighty head, pushing the flames aside with a whoosh. We shuddered as the dragon's flaring nostrils spit out smoke inches away from our boulders. Then, it happened. A mighty roar shook the earth. The beast reared up, flinging back its head, flames bursting rapidly from its mouth, wings spreading to their full lengths. Its fingers parted and it smashed down upon us with the force of a thousand gods. Those who weren't already thrown back by the shock were flung into the air by the dragon's serpentine tail. The whole field was ablaze, and slowly it melted the dirt to an almost lava-like substance. Humans screeched in pain. The clouds were on fire, the whole sky turning a blood red. The massive shadow dragon stood in the midst of it all, watching as its victims drowned in his flames. It hummed to the tune of their shrieks, a long, slimy tongue slithering out to lick the mighty jaws. This was only the beginning. Soon, the dragon would wreak havoc on the whole village, roaring his vengeance, spitting his anger, snarling his curses, shrieking his despair. He would bring hell upon the ones who dare to try to destroy him. He would make them, force them, to right their wrongs by bowing down and groveling before his mighty majesty, or die a slow, painful death. Oh how he would do so, and all the while bellow his delight in ruining everything dear to the pathetic, scaleless, clawless, flat-toothed, small-brained fools who entered his life in a most terrible way. The beast unfurled his wings once again, sending a ripple through the towering flames, and with a thundering clap, he took off, vanquishing the fires and leaving all but ash. His shadowy silhouette disappeared among the ash-laden clouds, but the distinct rumble did not cease until he was far away. 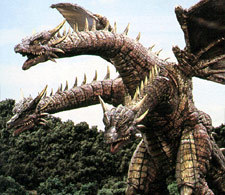 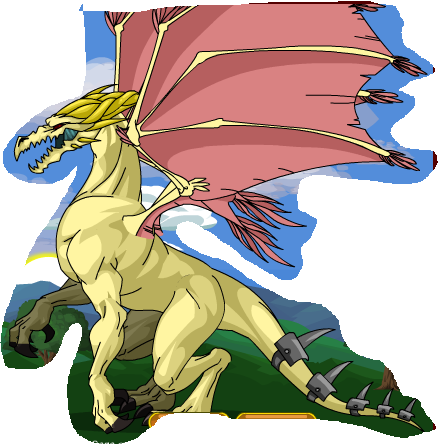 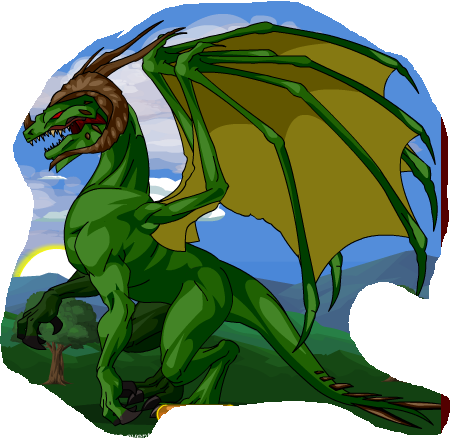 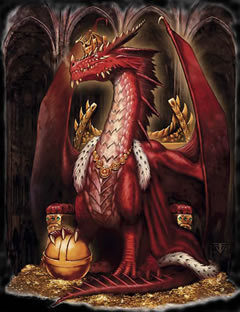 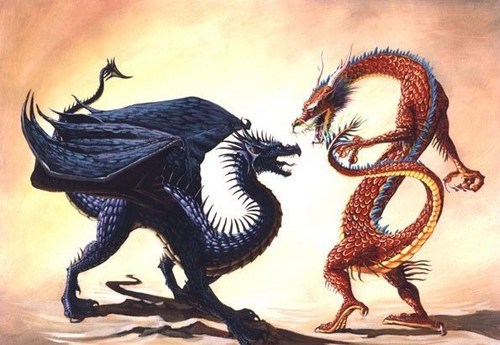 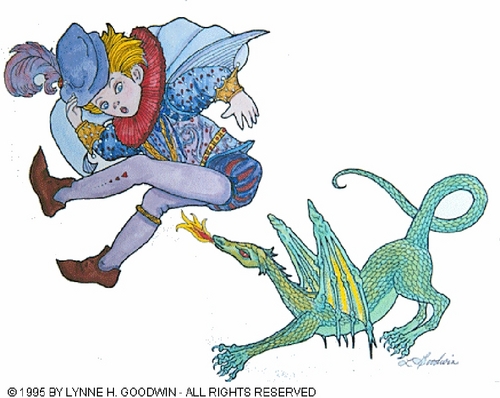 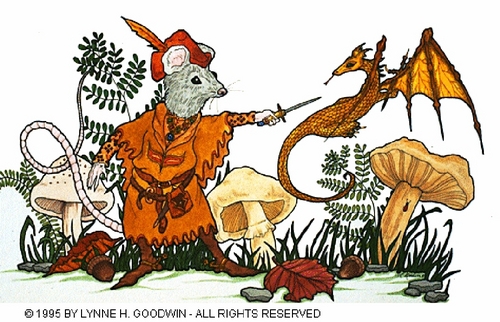 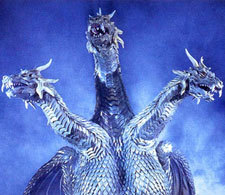 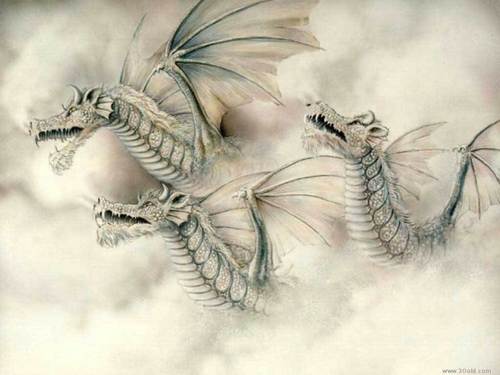 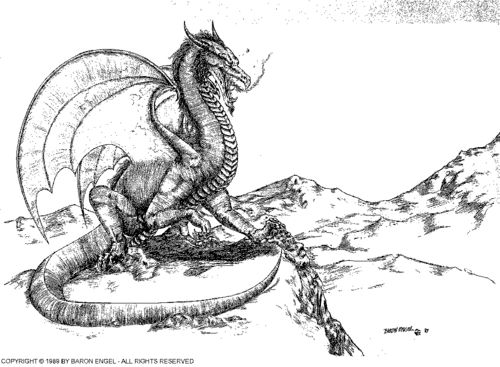 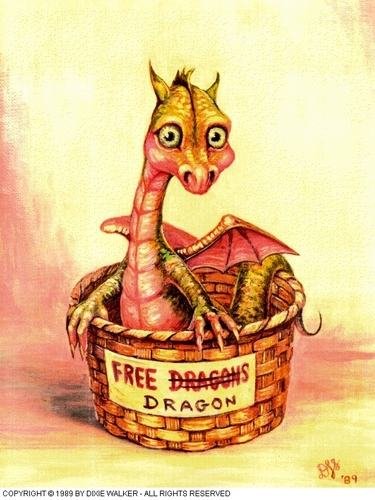 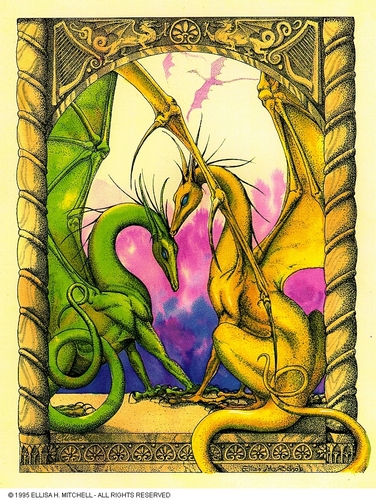 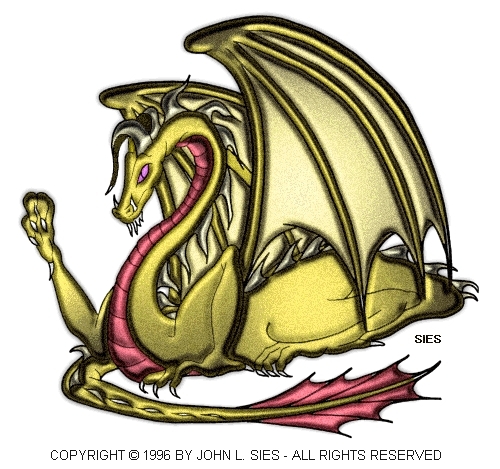 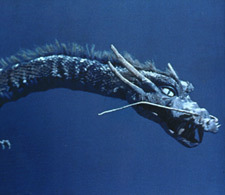 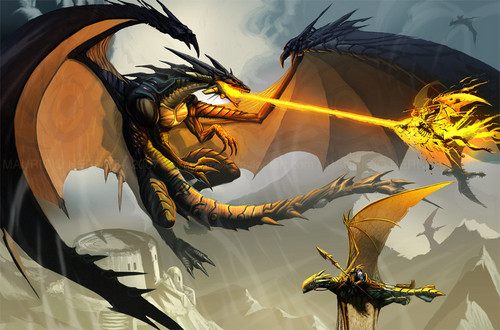 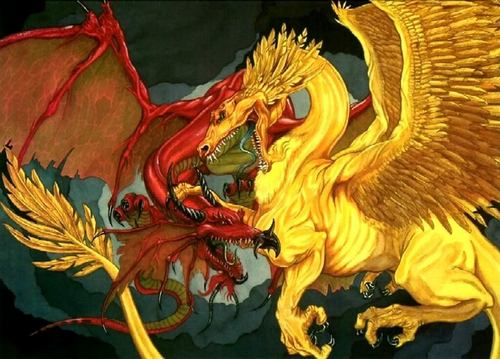 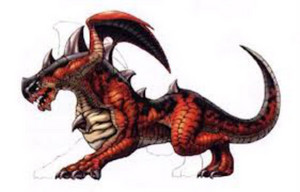 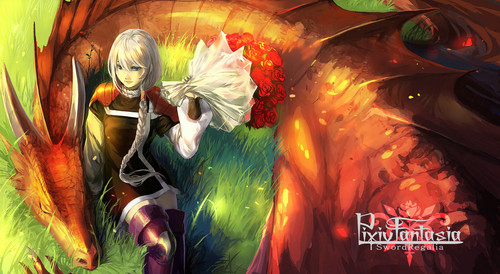