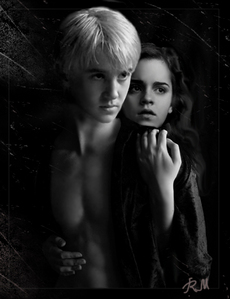 The Unseemly Proposal by sparx (incomplete)
The Sweetest Sin by annie
Meant to be by annie
A Thousand Words by annie
What’s Left of me by annie (one-shot)
The Witness and the Wife by Marmalade Fever
Eight and Eighth by Marmalade Fever
Bus Stop by Marmalade Fever
Courting Miss Granger by Marmalade Fever
The Revenant by horcruxnumber8
Fourth Time’s the Charm by horcruxnumber8 (one-shot)
To Be Use of by horcruxnumber8 (one-shot)
How we imagined light by horcruxnumber8 (one-shot)
A Dangerous Game by horcruxnumber8 (one-shot)
The Boomerang Effect by horcruxnumber8 (one-shot)
Unspoken by BelleOfSummer (one-shot)
Just So You Know by BelleOfSummer (one-shot)
She’s Just Not into You by BelleOfSummer
Almost Perfect Almost Yours by BelleOfSummer (incomplete)
Take My Hand by Caitylm (WIP)
Claiming Hermione by llke (incomplete)
The Cabin by Hafling
The Manor (The Cabin’s Sequel) by Hafling
Once upon a Thyme by zensho
The Blood of a Dragon by zensho
Isolation by bex-chan (WIP)
Hunted by bex-chan
We’ll Always Have Paris by melissa d
Bad faith by morrighan256
Silencio by AkashaTheKitty
Master by AkashaTheKitty (one-shot)
A World apart by lolagirl
Their Room by aleximoon
When love and hate collide by RZZMG
A Wonderful Caricature of Intimancy by countess of abe
Valentine Encounter by Kyra4
Promise Me Love by JodieLove
Picture Retribution by Eirawen
Revenge is All the Sweeter by Twilight to Midnight
Broken by Inadaze22
Beautiful Things can come from the Dark by yesterdaychild4
Somnio Eternus by finally-defeated
If it kills me by Hidge
The Serpent, the Witch and the Broom Closet by Tiadorable
The Dragon’s Bride by Rizzle
Twelfth Use of Dragon's Blood by Wonderland Toy (one-shot)
Destined to Love by xxxxcrazychickxxxx
Curse of Love (sequel of Destined to Love) by xxxxcrazychickxxxx
Lady Malfoy by cherrypie3601
Above the Clouds by cathyyy
A Clandestine Reality by Tears of Ebony Grey
Journey on Water by SK witch (incomplete)
Temporary by Queen of Serpents
Heavy Lies the Crown by luckie1
We Learned the Sea by luckie1
Stolen by Elsie girl (incomplete)
Harry Potter and the Fight for the Malfoy Empire by frolicfeather (incomplete)
Draco and Hermione by Lazaraz (WIP)
When Malfoys Marry Mudbloods by secretdiary
xHardcoreBunnyx and nikkaniks16 like this
1
A Siren's Calling
posted by IAmDaydreaming
[b] READ FIRST Cedric is alive the other guy died the war is over they came to hogwarts at the age of ten instead Lucius is in Azkaban Dumbledore is alive that's bout it also I only saw the movies so my info may not be correct. I'll try to make it as canon as possible by the fanfis i read and movies i watched tell me if I'm wrong criticism is GREATLY appreciated but NOT for grammar and spelling I know those suck I'm still working it on will be with either you choose Harry or Ron Ginny Blasie or Harry Luna Ron Blasie or Harry This IS Draco AND Hermione may bot seem like it at fist but it is....
continue reading...
2
We Can Change- Chapter 1
posted by Twilight-girl-x
The Hogwarts express was moving steadily through the countryside, as Hermione walked slowly past the full compartments, waving and calling Hello to friends she hadn’t seen in what felt like forever, the smile on her face never faltering, Ever since she had received the letter with the red wax seal she had been ecstatic, with the risk of Voldemort gone, Parents had been more willing to bring their children to kings cross station this morning and say goodbye without having to worry about them being murdered while they slept, for this reason the magical train had added on another two carriages,...
continue reading...
3
Dramione- We Can Change- Chapter 2
posted by Twilight-girl-x
Chapter 2
Both Draco and Hermione had slept soundly that night in their rooms, they had been decorated in their house colours and they were beautiful. Hermione normally wouldn’t have complained about being head girl, Her Dorm was beautiful, the Common Room was amazing but unfortunately the only bathroom they had was a shared one, down the stairs through a door coming off the Common room. So now as Hermione padded barefoot down the stairs into the Lovely and Peaceful common room she carried a towel, her school uniform and her toiletries, only wearing the shorts and Tee-Shirt she had worn in...
continue reading...
More Cards
1234567891011