Because of You: Part 5 (DXC)
posted by dxcfan
It is only true that this school sucked eggs. I hated and wanted to sew it for bad reputation and educational needs. I could only think how Olivia was treating Melody without my superior help to back her up.

Melody must be disgusted by me anyways about me going to this nasty and unfitted-for-my-well-being school. But the main part I disliked about what they call a school, is this punt-attic, green haired boy, following me like a lost love puppy. Not one minute was a left alone without him clinging to my side, which-or course-I ordered constantly to stay away, and even if I don't know him that well, he won't listen.

M next period was lunchOh great! I wonder what mash-up has in stored for me today , Courtney thought as she slid the cafeteria doors open and shyly got in line, not try to draw attention.

She was more the grossed out when she saw the scum and goop that laid upon a platter, she was shocked to see this school doesn't have enough money to buy edible. She looked at the dark skinned launch man that hovered over her like a tower."Um, hi, I'm like lack totes-in-tolerate(OR whatever) and I can't have anything dairy, so if would be so kind to check what is in this......um.....plate of my, I would be truly grateful."She said as sweetly as possible.

The man gave "Who gives a fuck" look, and took a ice-cream scooper and scooped up a blob of scum and plastered in on Courtney's trey. She knew to walk away now, after looking at that killing glance.

She quickly paced to an empty table, and shoved her tray on the table. She sighed and began to second guess about killing herself. Than all of sudden she shrieked in disgust when she rose and a piece of sticky gum was sticking to her finger.

She than scraped it off unseeing the edge of the table. About that time, she saw the same blond she earlier.....Bridgett. She kindly ask if she could sit, and of course Courtney aloud."So, are you have a good time here?"The surfer ask pouting Brunette.

Courtney picked at her glob of food and slid it in disgust."Define Good time."She said.

Bridgett sorta laugh, knowing that this was not the best school, hell, it was the worst."Well, the people are nice."She said, trying to lighten up her new friend.

Than she saw Duncan come in, and she blushed as she trailed off in his glance."You can say that again."She said smugly but also sarcastic.

Bridgett turned around when she notice no longer pay attention."Oh, it looks like someone's in love."She said with s smug smiled.

Courtney had just-once again-embarrass herself. Her faced stated to changed into different shades of red, and than got up."I'll think I just go, I'm not that hungry."She said, while swinging he bag over her shoulder.

Bridgett looked up at her and became wary."I'm sorry what I said offended you."She aplogized.

She looked ay Bridgett as she hurried to exite the building."No, no, I'm just not-"She ceased her sentence when Duncan's collided his trey with her. She put her hands up and looked at Duncan came her those deadly glare.

Everyone staryed laughing as the the slop slid down Courtney's clothes. Duncan was suddenly guity but than started to chuckle himself."You think, this is funny!"She yelled at the punk.

He shrugged as she swep the food off of her, pounced out of the cafeteria, with rage following her."Uh, I hate this school!"That's what echoed as she left.

Bridgett chased after her new friend. She slam the doors open, but found nothing but a gone Courtney. She glanced Duncan who was still snickering."Duncan, that was so uncool."She growled.

"I'm so done with this school mom, I wanna go back home."She explained to her mother as she cleaned her daurther's hair.

Her mother sighed while pulling out what looked like a french frie."Honey, this is home...."She said."...and besides it's only your first day, don't act like this never happened at Hensons."That was the name of Courtney's more educational and smarter school.

Courtney jumped off the couch and angryly scolded her mother."Mom! It never did! I hate this school, I don't wanna go back. It's so agrivated, I can't take it!."She whined.

HEr mother frowned."Courtney, stop acting like a child, your 16, and you are going to that school, if you like it or not."She said, leaving no sign of suggest out. Her mother got up and paced into her room.

Courtney was sick of this school and hated all the people here. It's cheap, so imature, and that boy, that annoying, blood pressure running boy. At first she thought they could become friends, but now this is now law for Courtney's own self........keep a distant from him.

She already knew what kind of person Duncan is now, referring to the way he acts, and talks, and his perverted atittude.

She could only think how the rest of the year could turn out to be.


To Be Continued.......
dxcfan What do you think......
dXcFan14 Awesome! Oh, it's spelt Lactose Intolerence, btw. UPDATE SOON, PLEASE? :D :P
dxcfan I knew I spelled that wrong, sorry!~!!
fluteplayer89 Good story I like how Cortney does'nt like the school but soon just maybe she'll like it RANDOM MONKEY AT HE TOP
1
True love (courtneys POV)
posted by agtimm
Courtney sits by her fireplace and reads a book. A unknown book because the front of the book has been faded away. The doorbell rings and Courtney yells "I'll get it!" Oh wait! I forgot, my family is on vacation. Courtney opens the door and gasps. Duncan stands there grinning. The rain falls on him and his black tee shirt sticks to his chest. "Duncan! Come inside, its freezing out there!" Duncan steps inside and looks from side to side. Then he looks back to smiling courtney. "Why are you here?" Courtney asks. "I was wondering if you wanted to go to the dance at my high school. "You came all...
continue reading...
2
DxX 4ever part 6
posted by lolibarbie
courtneys pov
i stopped kissing him because i had to tell him! so i said this, "i love you." he looked surprised at first then he smiled and kisssed my forehead and said, "i have waited so long for you to say that, i love you too." i then smiled and we started to kiss again, but then i stopped and said, "we better go to sleep okay?" he nodded kissed my head and we went into our trailers. then the next morning i say something i wasnt expecting

yes i kno its short but i have to get ready for skool more later
1
TDI HIGH (episode 14 part 1:The wedding)
posted by gwentrentever 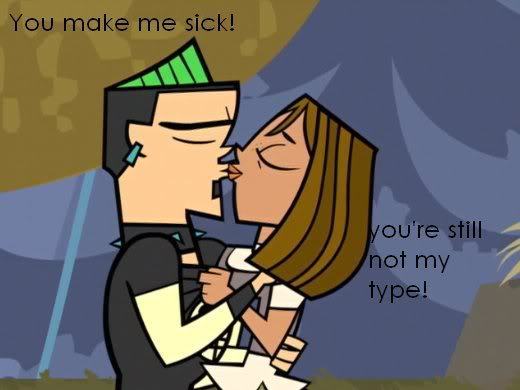 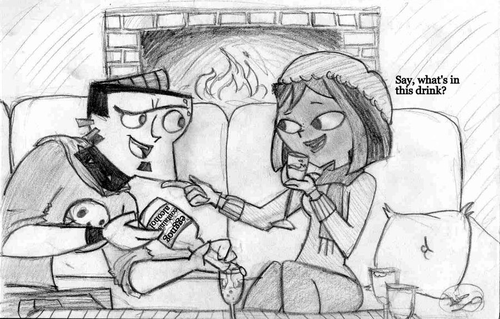 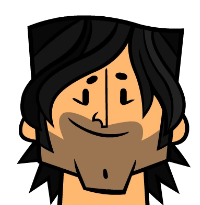 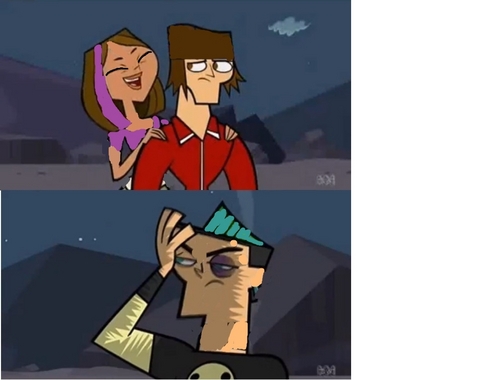 I AM SOOOO NERVOUS!!! What if the cast don't believed I changed? What
if they still hate me? "Courtney, Court-Courtney." Adam said to me. "Yeah?"
I asked nervously. "You ok?" he asked. "Yeah, I'm ok. What makes you
think I'm not ok? I'm fine!! I AM GREAT!!" I said then yelled.
"Ok, Court, breathe in." Adam said to calm me down. I inhale like Adam
said to do. "Now, I want you -BREATHE OUT!" Adam yelled realizing I didn't...
continue reading...
I'm starting a series
posted by milorox18
it's a series of DxC songfics! I'll be doing a different storyline each time. But each story will either be about how their relationship started‚ what duncan or courtney thinks of the other‚ or whatever‚ it will just be about them. I know for surely some songs i'm doing‚ but i'm also taking suggestions. i might take them‚ or i might not‚ but i appreciate it if you do‚ and if it's really good‚ i'll give you a prop. and if you could give me some ideas for the songs i am doing‚ it would be really great!

here are the songs i'm doing: 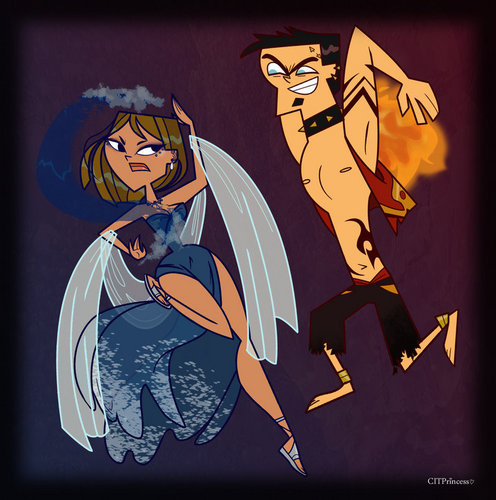 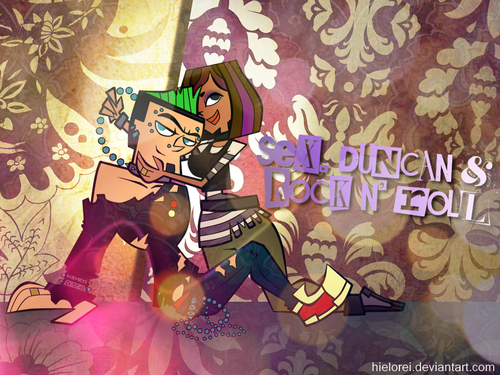 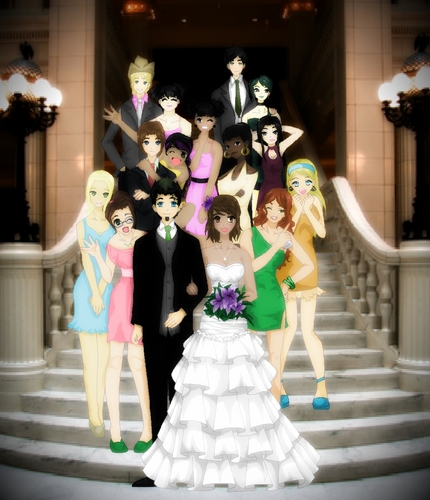 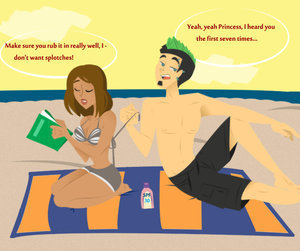 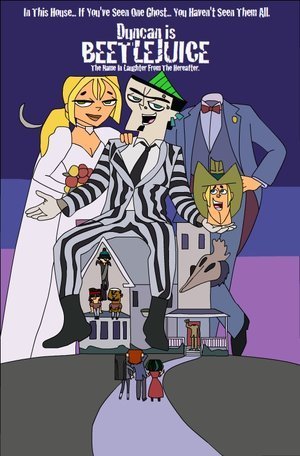 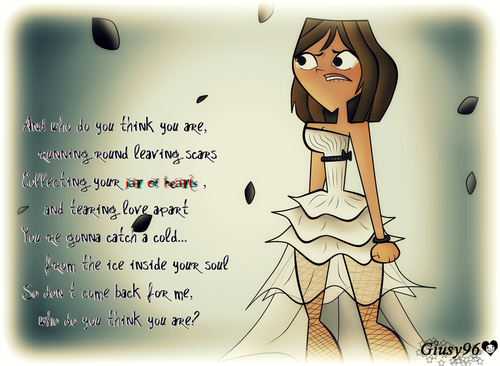 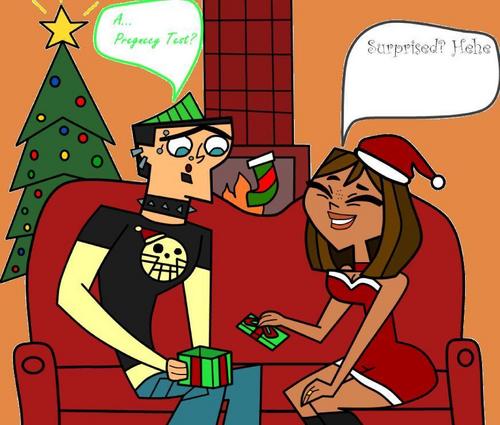 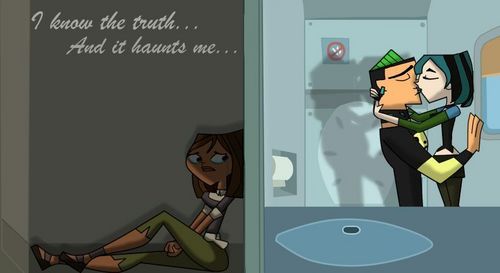