6
More Than Enough
posted by Dearheart
Edward yawned as he set his empty water glass on the kitchen counter and glanced at the clock: 2:36 AM. He winced.

Why did he even bother staying up so late with his dusty alchemy books anymore? No matter how much he studied or how he longed to feel the exhilarating surge of energy flowing through his fingers again, it wouldn't return that part of him.

Not that he really cared. The sacrifice had been small compared to the joy of getting his brother back, and he'd gladly give it up for Al again...and more, if he had to. A hundred times over.

The 24-year-old reached up and pulled out his pony-tail, letting long, blond hair fall loose around his shoulders and flop in his bleary eyes. He stifled another yawn, his metal leg creaking in protest as he dragged his feet down the hallway; the anticipation of soft pillows and warm arms calling him to sleep.

A muffled cry met his ears just when he reached the bedroom door, and all thoughts of sleep fled his mind as he saw her twist in the blankets, tears escaping from her tightly closed eyes and her lips murmuring wordless pleas, calling his name...

"Winry?" He was instantly at her side, alarm welling up in him as he tried to wake her. "Winry, I'm here! It's just a dream!"

She gasped and bolted upright, shaking and choking back sobs. Her terrified, sky-blue eyes met his golden-sun ones, and she lifted a trembling hand to his face, as if to reassure herself he was real.

Without saying a word, he pulled her into a hug and let her bury her face in his shirt, though every tear that rained on him was like a bullet to his heart. She clung to him desperately, breathing over and over, "You're alive. Oh god, you're alive..."

Minutes passed, and at last he pulled away to cup her face in his hands and wipe the tears away.

"That must have been some nightmare."

Winry swallowed, saying nothing. Edward cautiously climbed into bed and lay next to her, a gentle right hand caressing her shoulder as he kept his gaze on her.

"Ed?" Her voice was barely above a whisper. "Can I ask you something?"

"If you had to choose...between Al and me...who would you pick?"

The words struck him like a thunderbolt. He blinked, too shocked by her question to form coherent words at first. "Wha...w-who would I pick? What kind of question is that?"

Edward frowned and propped himself up on his left elbow, lifting her chin to look straight at her.

"That would be impossible," he said firmly. "I can't choose between two halves of myself."

She squeezed her eyes shut, swallowing back new tears. Worried and slightly perplexed, he tilted his head to search her face for an answer.

"What's this all about, Winry?"

"C'mon, talk to me. Let me make it better." His lips curved into a crooked half-smile. "It's only fair. God knows you've done the same for me a million times before. Can't let you have all the fun with chasing off the inner demons and whatnot," he added in a lame attempt to get her to smile. A tingle of triumph rose in him when she did - though the expression only lasted a second.

"I dreamed..." She inhaled a deep breath, fighting to keep her voice steady before continuing in low, faltering words. "I dreamed Al was dead. S-something happened to him and he died, and...you were so heartbroken about it, and you got so desperate for him that you...k-killed yourself. I tried to talk you out of it and make you drop the knife, I tried to save you, but you were too broken and I couldn't...I couldn't fix you. There was so much blood. I felt you go limp in my arms..."

The tears she'd tried so hard to hold back overflowed anew and rolled down her cheeks. Edward leaned forward to press a kiss to her forehead, murmuring unintelligible words of comfort as he held her close.

"The worst part is," she sobbed, "you died with this horrible smile on your face, like leaving me to die with him was the greatest decision you ever made...and I was all alone..."

"Shhh, don't say anything more." He cradled her head against his chest, stroking the long, soft, golden strands of her hair, lost in thought.

Dying, just to stay with his brother. Would he do it?

Perhaps - in younger, harder, more selfish years - he might. Or at least, he'd be tempted to. He couldn't deny that.

But he also couldn't deny that dead or alive, Al would never forgive him if he gave up...or that Winry would fight with all her strength to pull him back from that edge. Like she always had.

His lips pursed as he scrambled to figure out how to translate his feelings into words. He'd never been the best at that, especially with her...but now, more than ever, she needed to hear exactly what she meant to him. An old, familiar fire sparked in him as the words finally came.

"Now you listen to me," he ordered. "And you listen good: Al is my brother, in blood and in soul, and there is nothing I wouldn't do for him. And you..." He pulled away slightly to look in her eyes. "You are my wife, and my best friend, and the mother of my children; and I love you. You and Al are both precious to me, and I would be utterly lost if either of you left my life. What on earth makes you think Al means more to me than you?"

Edward paused as new doubts rose within him, and quiet pain softened his voice. "How long have you been afraid of that? Have I done anything to make you feel..."

"No, it's not you. It's me. Me and my stupid..." Winry trailed off, closing her eyes in frustration for a moment before shaking her head. Though her voice was strained, her fingers brushed reassuringly over his jawline. "I've never doubted you love me. And I'm glad that you two are so close. Every time I see you working together, side by side, it makes me happy. The way you lift each other...it's beautiful. It's just that when I think of what you went through together and how deeply you care for him...and what would happen if you two were ever torn apart...it scares me. It's always scared me."

She drew back her hand, clutching it to her chest again, and the last words were barely audible:

"I'm just so afraid that if something ever happened to him...I wouldn't be enough."

Anger welled up inside him – anger at himself for all the times he'd taken her for granted, anger that she would even think of selling herself so short, anger that he couldn't begin to voice the thousands of thoughts racing through his head: You gave me my life back. You held my hand through the surgery and fever and nightmares, taught me how to walk again, fixed me every time I broke, gave me a reason to come home alive, never gave up on me...and you think you're not enough?

Overcome, Edward bent in to capture her mouth in a hard, indignant kiss, pouring his heart and everything that went beyond words into one action. His arms tightened around her shoulders, pressing her to him, as if his mere embrace could disprove every one of her doubts and outshine every shadow and fear hidden within her. And when he felt the tension leave her body and her lips melt into his, he half-believed it would.

"Oh no, Winry," he murmured fiercely as she sighed in relief and curled into him. "No. You are more than enough. And I don't ever - ever - want to hear you say otherwise again." 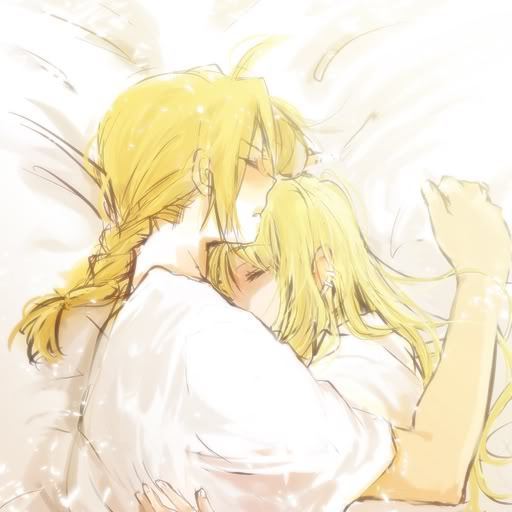 AidenTheSaiyan, Alchemistlover and 4 others like this
auroralovesfma that was very good
Gadrean Going in my favorites for sure! Very well written!
barbiecat this is AWSOME i LOVE IT i wish i could make something as good as this, GOOD JOB whoever made it 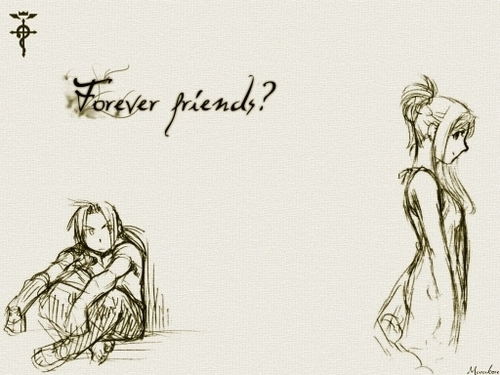 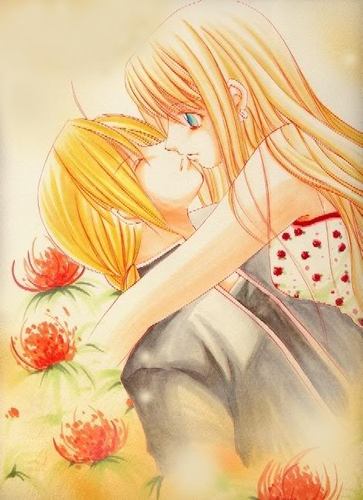 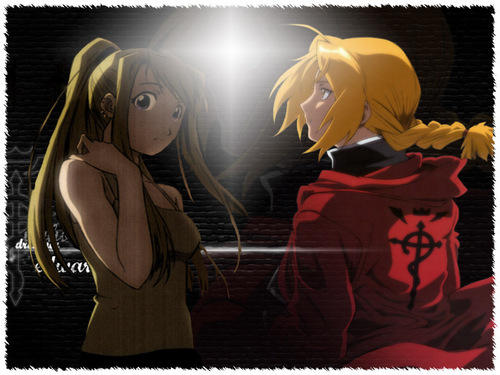 1
Ed and Winry
added by Dearheart 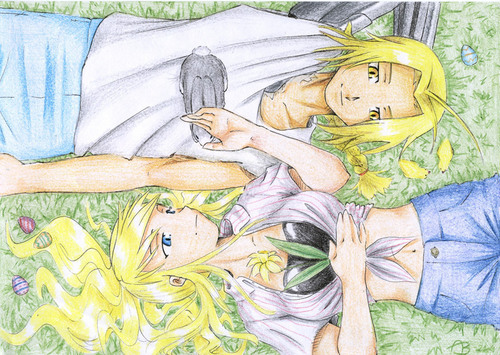 3
A Moment in Spring
added by Dearheart
Source: unknown 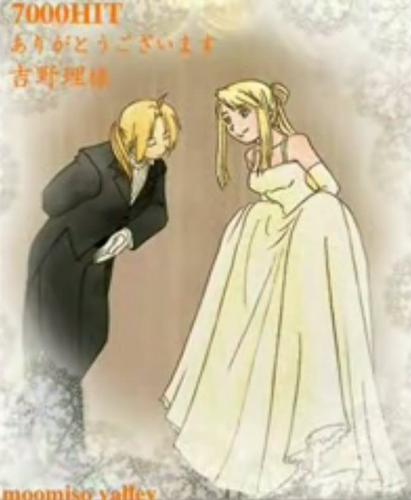 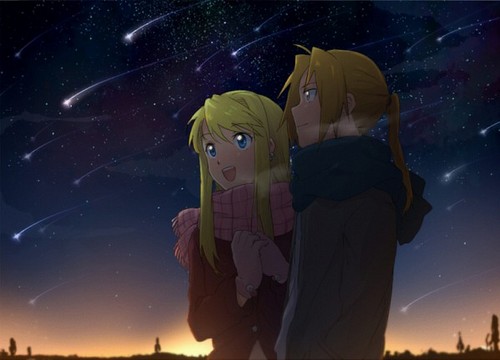 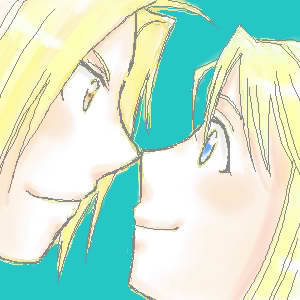 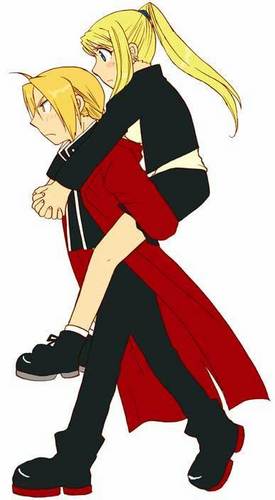 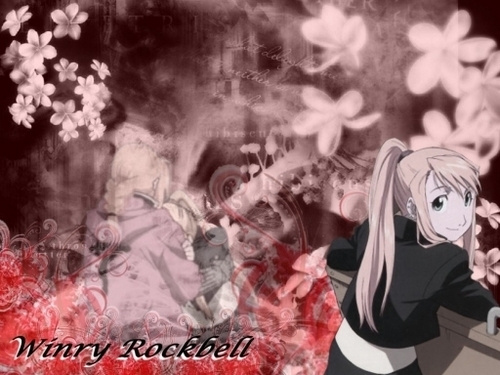 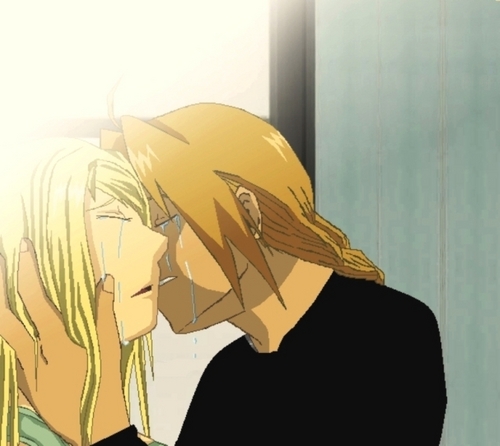 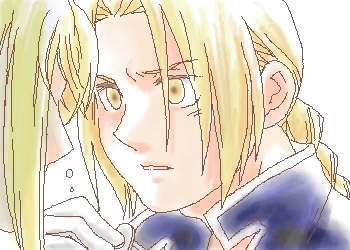 2
I Made Her Cry Again
added by Dearheart
Source: photobucket 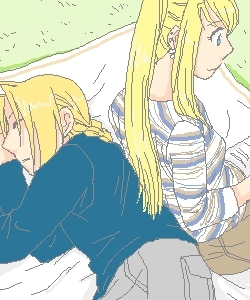 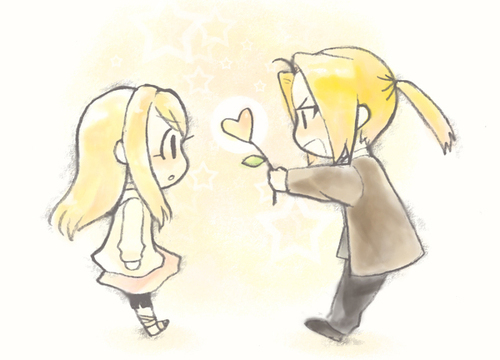 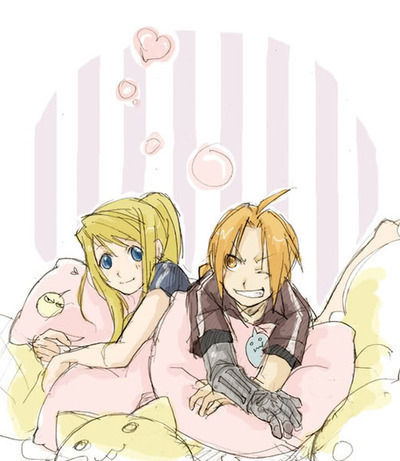 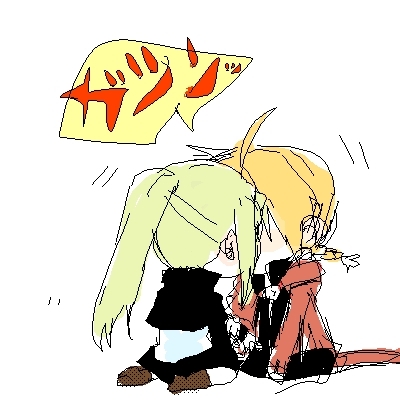 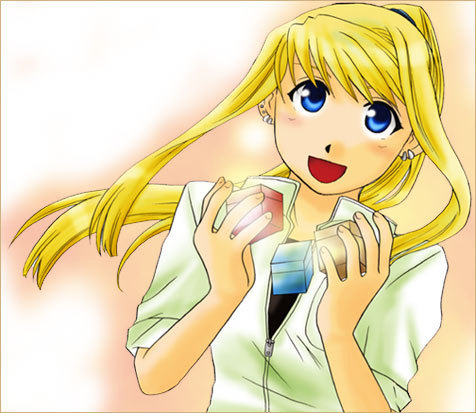 2
For Me?
added by Dearheart
Source: various Japanese artists 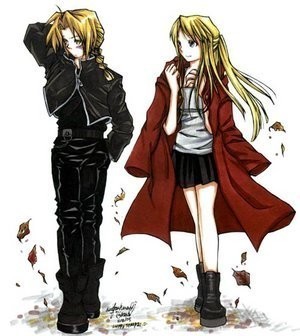