How the Eeveelutions became part 2
posted by KopaKiaraKion
Other parts here: link

The Eevee family trekked through many small towns, but found no stones. Still, Pixie and Sparks urged them on. Eventually, though, they came to a frozen boulder that blocked their path and wouldn't move. If Moonbeam was angry, he was trying very hard to hide it as he sat down in front of the icy rock. Jewel finally spoke. "This isn't working. We can't get past this rock, so we should just turn around."
"Oh, come on, sis!" Pixie countered, "The rock is big, but it's no reason to stop trying."
Suddenly, Tundra turned with a shocked expression. "Pixie's right."
She climbed on top of the rock.
"Today, we face challenges we didn't know could exist. I don't know what tomorrow holds but I can tell you this. We are going to make it. We can face whatever comes our way, because we are sisters, and we are brothers, and we will not back down!"
Flash!
Shocked expressions and gasps rippled through the family as they stared at Tundra and her new look. She was a Glaceon. "What are you all staring at?"
Savannah looked straight at her. "Sis?"
"Yeah?"
"Look down."
She did. She saw what he meant. "Whoa. This is an interesting development."
"You're telling me." said Bubble. "Those stones aren't the only way to change... Do you guys know what this means?"
No one did. They all just waited.
Ember shook her head. "It means we need to go to another one of those places with the tall, two-legged creatures and find out what else we can do."
"Are you sure we can get help there?" Tundra asked, climbing down. "This isn't our playground."
"C'mon sis!" Sparks encouraged, "We got this."
"I guess you're right."

So off they set again, reaching a small town before sunset. There, they saw a boy and a girl. Twins. The boy had reddish brown hair, blue eyes, and wore a red shirt and jeans. The girl looked similar, but taller with long hair up in a ponytail. Her shirt was blue. They heard a call of "Eevee, Eevee!" and rushed over to see what it was. The girl saw the fluffy family first. (say that last bit 5 times fast) She called to her brother and greeted them. "Hi. I'm Cara. This is my brother, Jack. Are you lost?"
"Actually," Ember began, "we got where we were going, but now... eh?"
"Aw" Jack stroked Ember's back. "Shes trying to talk to us. Flareon, huh? Is that your name?"
"Wait, Jack." Cara interrupted, "These... are Pokémon!"
"Poke..a..mon? What's a poke-a-mon?" Fuzzy wondered.
"Maybe they're stone evolve! Get your leaf stone!" was the only response.
Jack took out a stone. It was green. Savannah was drawn to it more than the others and touched it. Well, more like jumped on it.
Flash!
To Be Continued... 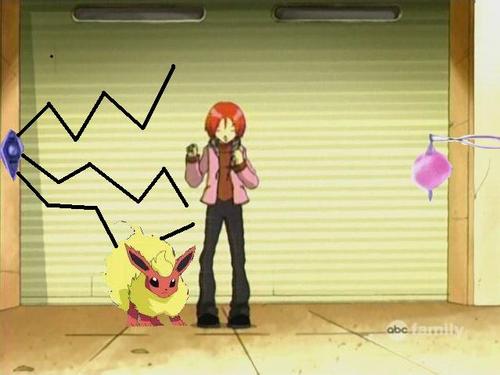 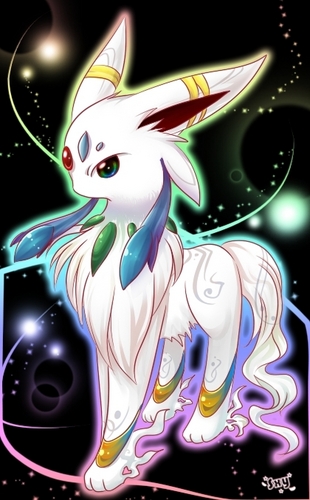 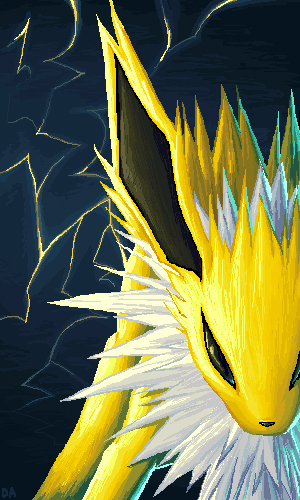 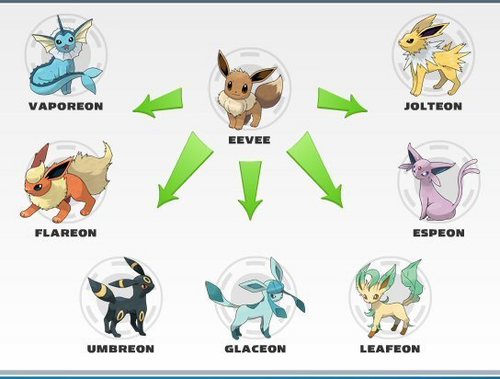 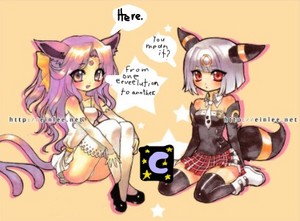 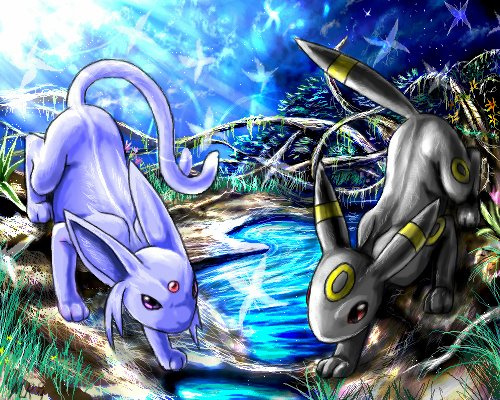 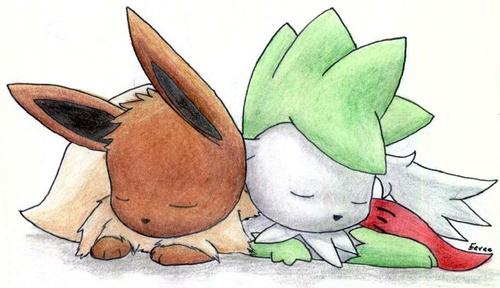 1
Eevee and Shaymin Sky Form
added by wormadam19
Source: me 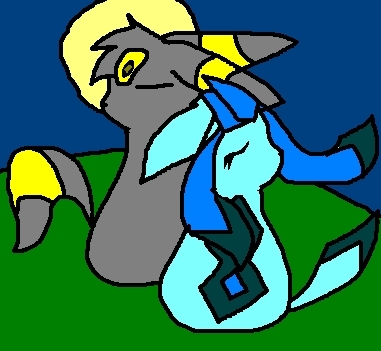 Umbreon and Glaceon
added by MidnightGlaceon 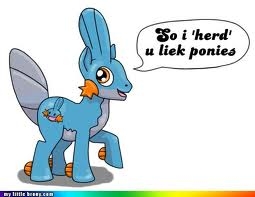 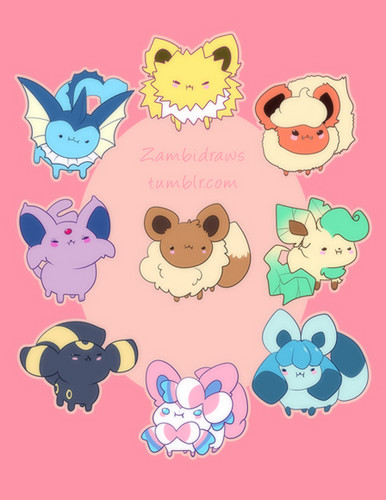 vaporeon
added by purplevampire
1
when eevees unite part 2
posted by michellegomez
OK!said all the eevees at once.but what is your name?Pikachu!the trainer said.so Pikachu threw 7 pokeballs at once.i know i am only allowed to have five with me.said Pikachu giggling.i do not care come on all of you!pikachu was running all the way to littleroot town.she said to her mom.
mom tell proffesor rowan i do not want any of his starter pokemon!tell him i am letting you have it!
ok sweetie.ok bye mom my adventure is gonna start!
ok come on little eevees.who wants to evolve?as pikachu held up the thunder stone.me!yelled a boy pikachu.oh your a darling i think you'll love your new eeveelution!you...
continue reading... 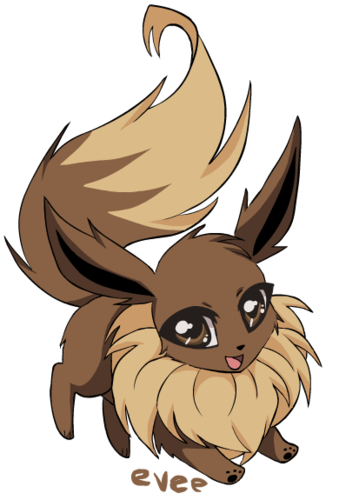 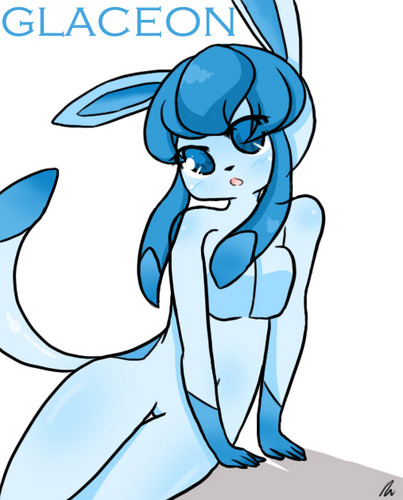 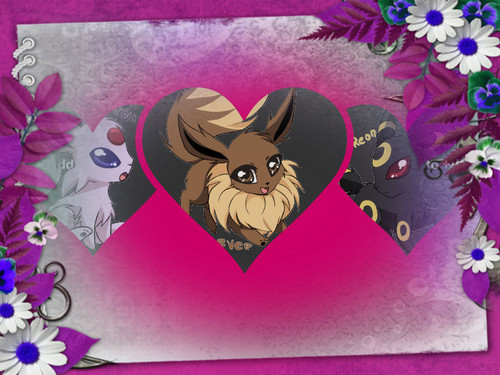 1
our little joy
added by purplevampire 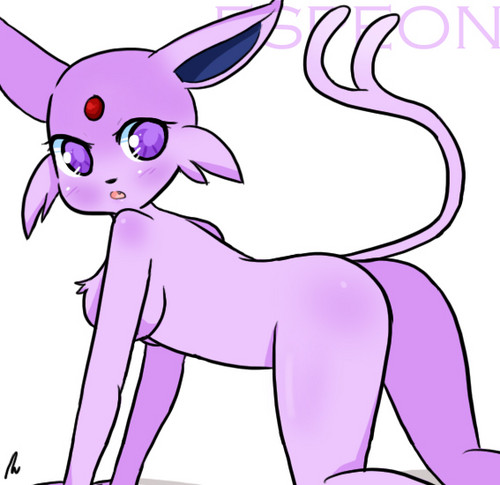