#Combat:
•Use a one-handed weapon (Sword/Axe/Mace) and a DEFENSIVE spell in the other for mid-range combat. (Use frost against warriors & shock/lightning against mages.) This is because the weapon deals enough "offensive" damage, while the "defensive" spell weakens enemies, giving you time to attack. When the enemy is affected by the spell you just cast, run up and smash them up with your weapon. When you're out of stamina, just switch back to your magic. Repeat this until your foe is defeated. If you do have plenty of stamina, just do a power attack if they're too close and then use a spell while they're stunned.

#Health, Stamina, & Mana:
•If you want to heal yourself, equip a healing spell in one hand and use it to restore your health & stamina as well as increasing mana regen If you have the correct perks (respite & recovery in the Restoration tree.) For this build, you need plenty of health, mana & stamina to be an effective Battlemage. Try to spread all of these evenly throughout your levelling up process. (Unless you either want to use magic or melee more than the other. Then you can put more points into Health/Stamina or Magicka than the other.)

#Aid In Combat:
•If you want extra help in combat, you can either summon an Atronach (Flame/Frost/Storm) or a Daedra Lord to distract & help deal damage to your foes while you take them out with your mace, sword or axe. If you have the master spell (Summon *Atronach* Thrall,) you can have a permanent companion to aid you in further combat.
##TAKE NOTE## If your Thrall dies, you must cast the spell again to re-summon it.

#Protection, Enchantment & Smithing buffs:
(You MUST get the perks listed for these skills before doing the following:)
*Conjuration-
•Mystic Binding
•Dual Cast

*One-handed-
• Armsman 5/5
•Fighting Stance
•Hack 'n' Slash (Axe) Bladesman (Sword) or Bone-Breaker (Mace)
•Savage Strike
•Critical Charge
•Paralyzing Strike
#NOTE# You can also get "Heavy Armor" perks if you want. If you can't get all of these perks, it does not matter, they're only guide-lines.

For protection, it is highly recommended to wear "Heavy Armor" in this build as it provides much better protection than "Light Armor." Magic is as equally effective with heavy armor than it is with light. It does NOT matter which armor type you choose as long as you have powerful enchantments on them such as: Fortify Magicka, Fortify Magicka Regen, Fortify Heavy/Light Armor or Fortify *whatever spell.* For the best possible protection & magic fortification is to get high Smithing & Enchanting. You can always use Alchemy if you want to, but Smithing & Enchanting are the most important to make this build effective. You MUST get the perk (EXTRA EFFECT!) You can place TWO of the same or different enchantment on ONE ITEM! If it's weapons, armor or jewellery it doesn't matter!

With the smithing perks, you should go up the "Heavy Armor Tree" as you can craft & improve all heavy armor types such as: Dwarven, Ebony, Daedric or Dragon Plate Armor. For further weapon/armor improvement, you can enchant rings, gauntlets & necklaces with "Fortify Smithing." You can also create a potion of "Fortify Smithing" along with the enchantment for insane improvements!

Now for enchanting your now improved, smithed gear.
You must gather at least 4 filled "Grand Soul Gems." Get a ring, necklace, helmet & a main heavy armor piece of your choice. After you've gathered all of equipment & supplies, make a "Fortify Enchanting" potion. Drink it and
start enchanting your gear with one or two fortifications of whatever school/s of magic you want to use the most. (E.g: If you mostly want to use Destruction magic, enchant your armor, helmet, necklace & ring with "Fortify Destruction" and with the perk "Extra Effect," you can add another, preferably, "magic-related" boost or defence such as "Fortify Magicka" or "Resist Magicka.")

The ending result should be those items enchanted with: "Fortify *whatever school/s of magic you choose* & Fortify Magicka" for example. You can make different pieces of armor for different schools of magic you want to use. Or you could even enchant the same equipment with *Fortify a different magic type* so you can cast two magicks with 0% mana cost! If you do use more of a variety of magic, but you like, say, Destruction the best, you could always do the "Fortify Magicka" enchantment to add a magicka boost to all of your "Destruction Equipment" making every other magic cost a lot less mana. However, your "main, chosen school/s" will be the only school/s with 0% mana cost while others will still cost some. This is why you should get the "Atronach Stone." It gives you 50+ points into your already now-large mana pool giving your other spells an even LOWER cost!

You can now enjoy being a powerful tank that sprays his foes with flames, shock or frost until they're weakened and then bashes the last breaths out of their burnt, frozen or shocked bodies!

Here is a link to Part 3 of my guide: "Classic Warrior"

This article was written by:
~*•Žÿłįçę•*~ 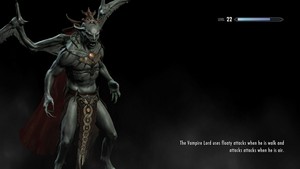 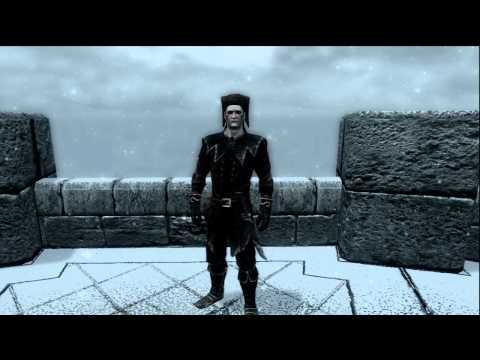 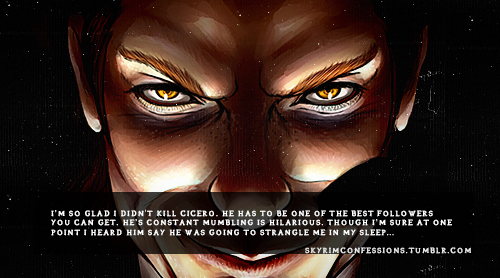 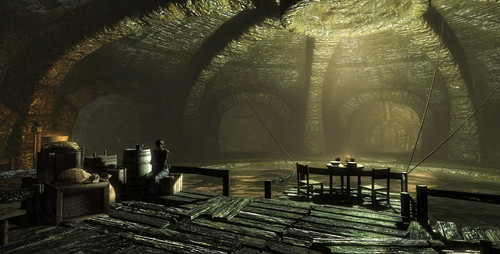 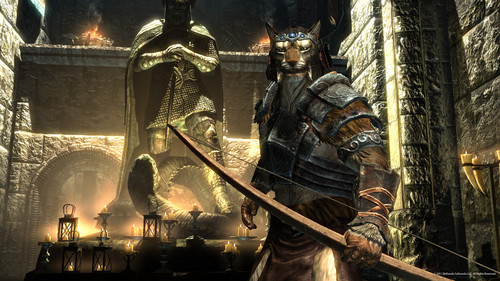 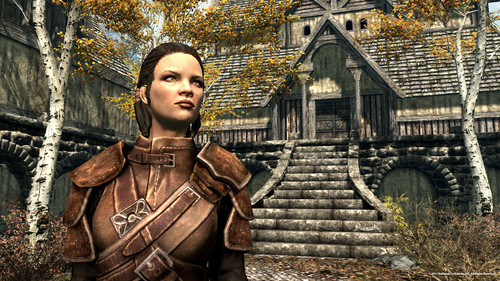 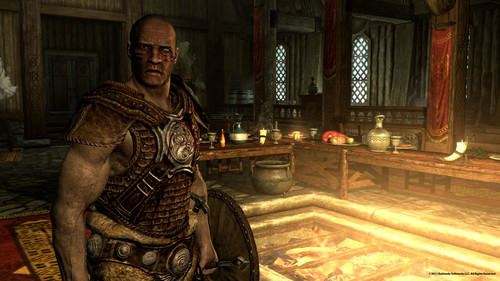 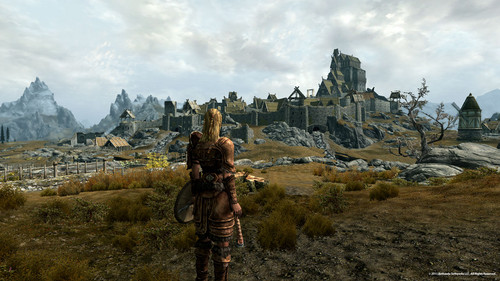 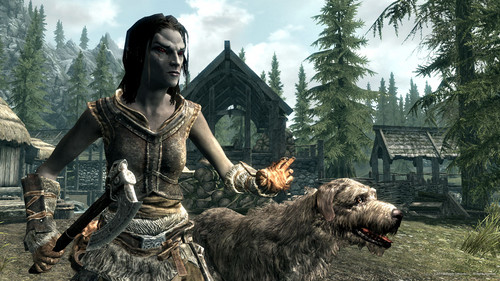 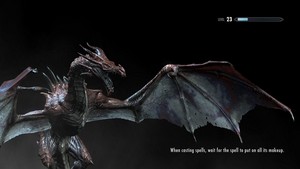 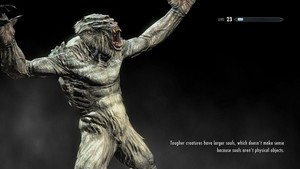 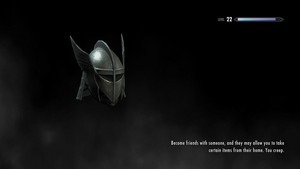 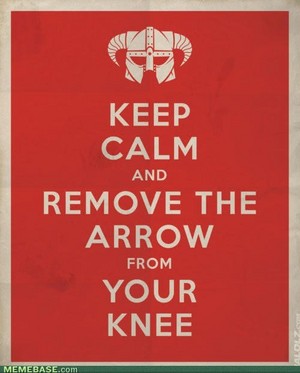 2
Remove the Arrow from Your Knee
added by glelsey
Source: memebase.com 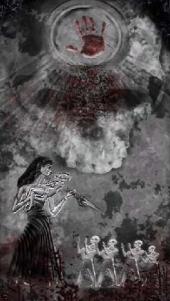 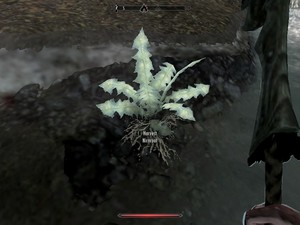 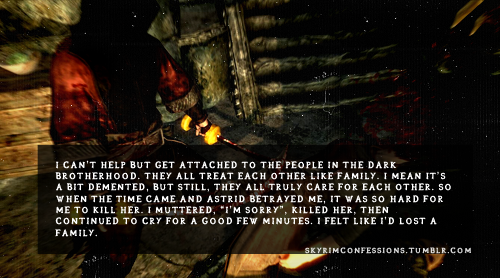 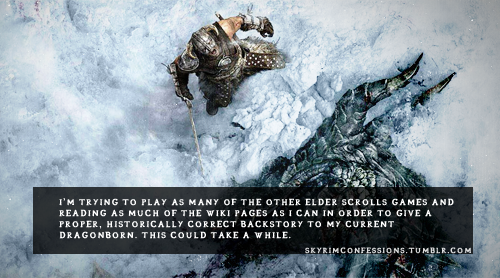 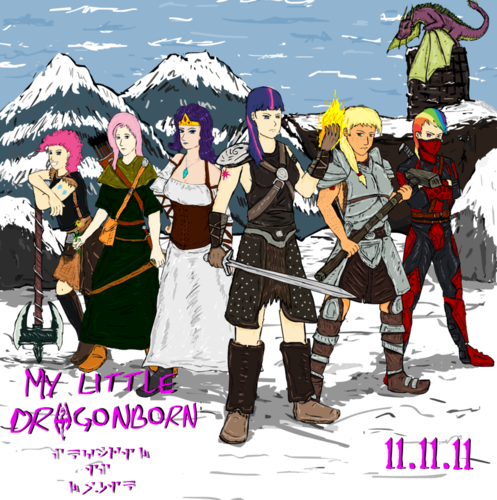