This is our luck baby, running out
Our clothes were never off
We still have our roads to run about
To scale the map, scale the map,
To get us back on track 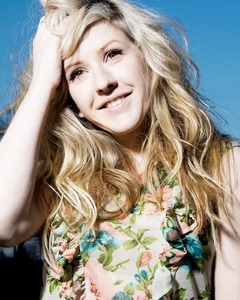 Ellie was born in Hereford, England and moved to Kent when she was 19
Elena Jane Goulding(born 30 December 1986), better known as Ellie Goulding, is an English singer-songwriter and guitarist. She rose to fame after topping the BBC Sound of 2010 poll and winning the Critics' Choice award at the 2010 BRIT Awards. After signing to Polydor Records in 2009, Goulding released her first extended play An Introduction to Ellie Goulding, followed by her debut full-length studio album, Lights, in 2010. Later that year Goulding recorded a re-release of Lights entitled Bright Lights. Goulding is currently working on her second album which will be released later on this year....
continue reading...
7
Ellie Fan Fiction; Part 1: Introduction/Whole Situation About My Fanfiction.
posted by Callum231
Hello Fellow Ellie Fans!

I Will Be Starting A New Ellie Goulding Fan-Fiction, Which Will Last A Few Articles.

No One Can Steal This Fan-Fiction, as it is mine, but do favor it!

Chapter One: Story Of My Life/New Beginning

And For The Record;
The Songs That Are Being Used Will Be Said At The End Of Article, They Will Be Ellie Songs, But i may Add some Different Artists songs, Like XTINA (C.Aguilera) Lady gaga, One Direction(AT ONLY SOMETIMES)
Rihanna
Christina Perri
Pixie Lott
DEV
Avril Lavigne
La Roux Etc Etc.

Thanks For Reading, I Hope You Will Enjoy The Series! ^^
2
Ellie Goulding - Your Song (Lyrics)
posted by LostieKilljoy
It's a little funny
This feeling inside.
I'm not one of those
Who can easily hide.
I don't have much money
But boy if I did.
I'd buy a big house where
We both could live.

So excuse me forgetting
But these things I do
See I've forgotten if
There green or there blue.
Anyway the thing is
What I really mean
Yours are the sweetest eyes I've ever seen

If I was a sculptor
But then again, no,
Or a girl who makes potions
In a travelling show
I know it's not much, but
It's the best I can do
My gift is my song, and
This ones for you 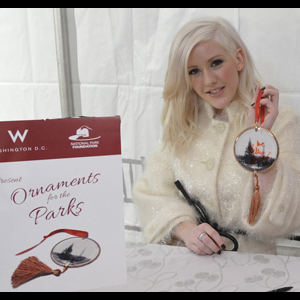 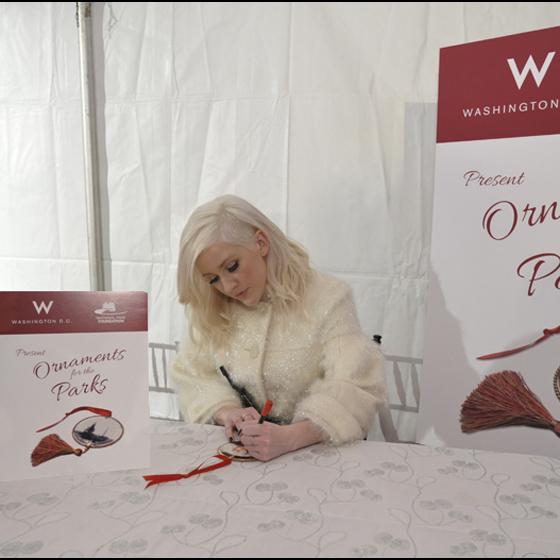 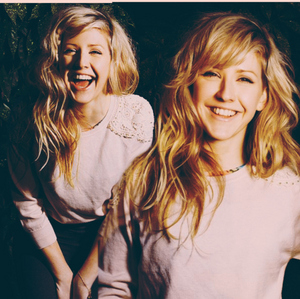 <3
Early career
Signed to Polydor Records in September 2009, she made her debut single. "Under the Sheets", which was released digitally in the United Kingdom on 15 November 2009, peaking outside the top 40. In October 2009 she toured the UK supporting Little Boots, and appeared on Later... with Jools Holland, performing "Under the Sheets" and "Guns and Horses". "Wish I Stayed" was available as a free download as the UK iTunes Store's 'Single of the Week' from 22–28 December 2009.
Lights and Bright Lights:
Before the release of her debut studio album, Goulding won the BBC Sound of 2010 poll, which...
continue reading...
7
We Were Friends - Lyrics
posted by Callum231
Suddenly we were friends,
guarding our country from traitors and new trends,
you are at the borders,
I am at the beaches examining exactly what the enemy teaches,
like presidents and pilots,
we turned our blind eye to letters over our heads, floating in the sky,
thousands of paper animals signalling danger,
they are evolving, and the world's a stranger,

No currency to drive us crazy,
no vehicles would drive us and make us lazy,
to make us lazy,
only time my fall is when I fear, only time may notice I disappear,
and I can't go back without a counter attack, and I can't turn around,
it's my mother's pride,...
continue reading...
1
Ellie Goulding's secret past: LondonEvening Standard
posted by ladychazabc 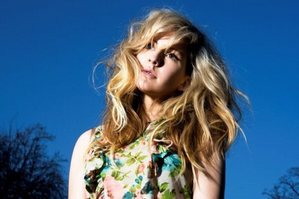 Ellie Goulding hasn't seen her father since she was 5 years old
Songwriter Ellie Goulding's extraordinary voice has been compared to those of Björk and Cerys Matthews. Aged just 23, she's won the Critics' Choice Brit Award and came top of the BBC's influential Sound of 2010 poll.

Goulding has a reputation for sexual frankness, and her songs document heartache, obsessive love and the search for the perfect boyfriend.

Her new album, Lights, is dedicated to “Matthew, who found and saved me”, and she reveals for the first time how she owes everything to this older lover.

In February 2011, Goulding told the Daily Star that she had plans to release a follow-up to Lights sometime in 2012, commenting, "I'm not going to go away for ages. It'll be out this year or the start of next." The following month, when asked about the album's musical direction in an interview with gossip website Dean Piper's World, Goulding stated, "It's started to sound very dark and very weird. This album is going to be even more emotional [...] I wanted to make it so there is hope. I want to make an effect whether it's happy or sad

Ellie Has Been Away for ages. I Think It Would Be Best For Her To Release This album this year.

Ellie Fans Need This Comeback! And, I Love The Idea Of The More 'Emotional' Album.

This Is OFFICIAL Information, This Is NOT Fake. Ellie Will Be Releasing A Follow - Up To Lights Either In 2012/2013.

I Hope This Was Exciting For Ellie Fans!!
9
Some Ellie Quotes; Official
posted by Callum231
Full of fear in your skin and the weakness in giving in.''

You're stabbed in the back but you feel no pain. Push the heaviest doors that you can't open, yeah, they tied me up and my body lies still, again.

You're as bright as the sun and as bold as the moon. I don't know when you'll break but it's gonna be soon. If my will caves in, I'll be in the same boat as you.


Where's that diamond ring you promised? My fingers looking bare, where's that valentine, be honest, the postman didn't bring it here.

I found in your bedroom drawer, the letter that you loved her better, made me want you even, more.

Pink
8
Wonderman [Tinie Tempah Feat Ellie] Lyrics
posted by Callum231
[Tinie Tempah - Verse 1:]
These haters couldn’t get to where I am with a full tank of petrol, uh
My uncle used to drink a can of kestrel when life got stressful, uh
What kinda person should you be when wanna make people to accept you, uh
What does it really mean when you dream of being famous and successful,
when you were born to be special,
Uh yeh and I went from the kid in class,
Text some radio DJs so they could bring me up
to the young rapper that everybody’s ringing up,
Got em looking for a sprinkle of that pixie dust
mad thoughts in my head when its blowin up
Like, are you really big enough?...
continue reading...
7
Not Following You - Lyrics
posted by Callum231
If I'm catching your eye
It was an accident
If I looked at you strange
Its not what I meant
I wanted to talk
You're occupied
I tried to explain but I'm tongue tied
I'll wait in the wings again
Until you find me out
What is the hold up 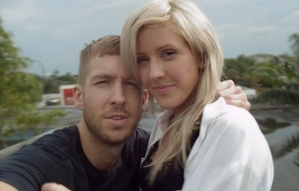 after the video i need your love they fell in love but they had to keep it secret! because it would just be everywhere and they didnt want that anyway ellie and calvin went out they got back late from a big party but now ellie had do a world tour in a few days and it would make it hard to see calvin ellie would get done with her tour in about 4 to 6 months...now ellie is on tour the only thing she could do is call calvin on the phone but she had no time with concerts everynight only after but it was really late... now ellie is half done with the tour about a week to go now the concert dont...
continue reading...
Previously last time on Ellie and Calvin
posted by ellieglights 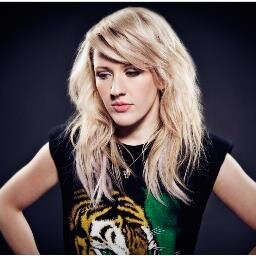 Ellie and Calvin is now back home now but things isnt going so good in there love life they got into a fight and Calvin left for a few hours ellie thinks what she said to him was wrong she was just under alot of stress so was Calvin they been on the road touring for along time ellie wont be touring for about a year to have some self time she needed for a time...days later Calvin came back to say hes sorry and wont let it happen again but ellie didnt wanna hurt Calvin she said lets take some time away from each other its been about 2 weeks now but it Still isnt the right time for ellie she will...
continue reading...
2
Anything Could Happen - Lyrics
posted by Callum231
Stripped to the waist
We fall into the river
Cover your eyes
So you don't know the secret
I've been trying to hide
We held our breath
To see our names are written
On the wreck of '86
That was the year
I knew the panic was over

After the war we said we'd fight together
I guess we thought that's just what humans do
Letting darkness grow
As if we need its palette and we need its colour
But now I've seen it through
And now I know...
continue reading...
1
My Blood - Lyrics
posted by Callum231
That feeling that doesn't go away just did
And I walked a thousand miles to prove it
And I'm caught in the crossfire of my own thoughts
The color of my blood is all I see on the rocks
As you sail from me

I'm more alive I've...
continue reading...
7
Mosaic - Lyrics
posted by Callum231
I am a mosaic
That was found at
The bottom of your garden
I'm just wondering but the cracks begin to show
Look closely and then you'll know
Then you'll know

I am a beauty that once was
Delicate intrigue, never something special
But never out of your league, I've
Battled with this twice now
He came to me said
"here's how"
Spoke a single line
While we dance in our scene
I'll just die in your arms
And my life is complete

I am a mosaic
That was found when you didn't know any better
I am broken now [x3]
And image that's scattered
Around and [x5] around
A million ways that I, I
Didn't have to hurt [x3]
Battled with this twice
And now he came to me, said
"here's how"
Spoke a single line
We danced in our scene
I'll just die in your arms and my life is complete

Cradled your legs
And took to your feet
You're the strongest love
I ever did meet
Spoke a single line
While we danced in our scene
I'll just die in your arms and my life is complete
7
Fly - Lyrics
posted by Callum231
In the window
Faces staring right past me
They're on a date, feeling happy
And I go in there and sit with them
Make them laugh
And be normal
For an hour and a half
Someone's tired
But not mine

If I fly, fly, fly
I'll just fly, fly, fly
When things are moving so fast
You don't have to...
continue reading...
7
Black And Gold - Lyrics (Cover By Ellie, Originally By Sam Sparro)
posted by Callum231
If a fish swam out of the ocean, grew legs and started walking
And the apes climbed out from the trees, and grew tall and started talking
And the stars fall out of the sky, and my tears rolled into the ocean
Now I'm looking for a reason why, you set my world into motion