Graceland
"I had the best times at Graceland," recalls Lisa "I've always loved it there. There's just an incredible feeling about that house even now that it's open to the public. I go there three or four times a year. At night, when we're alone in the house, and the same maids are cooking corn bread and black-eyed peas for us like they always did--it feels just the way it used to, when my dad was alive." "The holidays were very family oriented," says Priscilla. "Elvis' father and wife, cousins and friends were around. Somebody would dress as Santa Claus, and we'd open up presents on Christmas Eve. Elvis and I gave Lisa a golf cart when she was five years old; her little feet could just barely reach the pedals. It's still in the garage."

"My mom and dad remained close even after the divorce when I was five," says Lisa. "They'd come to school for parents' day. They'd talk on the phone. I never felt the pressure of a divorce." "We'd still hold hands," says Priscilla. "Lisa never saw any major trauma between us. No yelling or arguing. You can't explain to a child about a divorce. And we never wanted her to feel the trauma or the effects of it. Elvis was away in Las Vegas or on tour so much of the time even when we were together that there wasn't a big change. When we moved to L.A. in 1970 he had a house down the street. We didn't hate each other; we respected each other. To Elvis, I was like this kid he raised. Our daughter had that love."

"I would see my father all the time--Christmas, Easter, entire summers, weekends. A couple of times I went on tour with him," Lisa says. "If he was going to be settled in one place for a while, like Las Vegas, he'd call for me to come visit for a few days. I'd be sitting in class, and my mom would pull up in the car before school was over. That's when I knew I was going to see him. "He was always up to something, shooting off firecrackers or guns, running around, driving golf carts or snowmobiles. He'd pull me in a sled and scare me to death. On that long steep driveway that goes up to Graceland he'd be pulling me up and falling at the same time. He called me Buttonhead or Yisa. He'd never call me Lisa unless he was mad at me. "One night when I was about five or six, we were watching TV. I looked up at him and said, 'Daddy, Daddy, I don't want you to die.' And he just looked down at me and said, 'O.K., I won't. Don't worry about it.' I said that to him several times when we were alone together. He probably thought I was completely crazy. But I always felt protective of him. I guess I was picking something up. I was nine years old when my father died, so I was pretty aware."

"I used to see my dad take pills, but I was so young that I didn't think anything about it," says Lisa. "All the bad things never changed my love for my dad. There's a certain strong feeling that I have for him that is only for my dad--not for Elvis Presley." 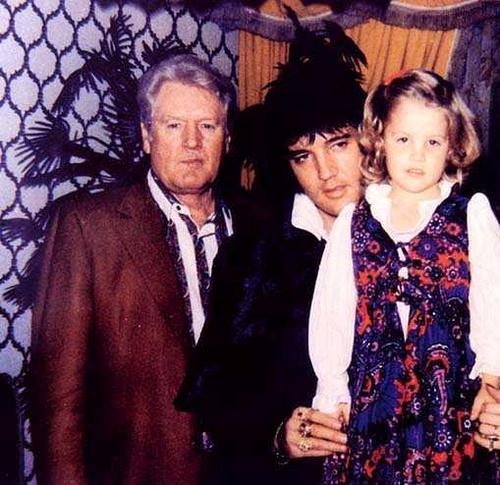 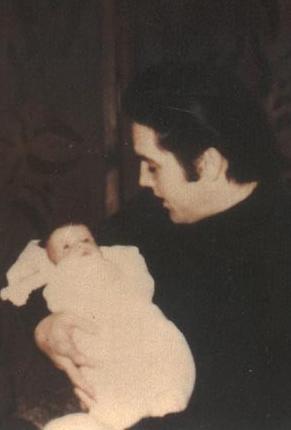 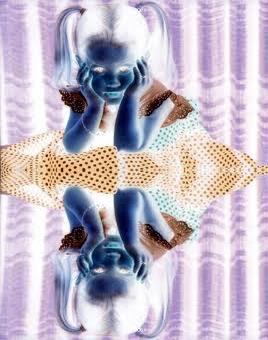 Little Lisa
added by anouk1998
Source: Anouk (Made by myself) 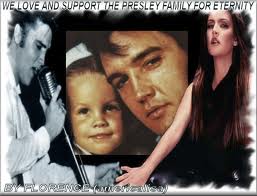 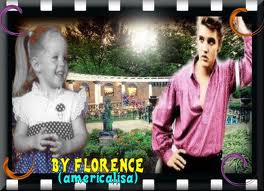 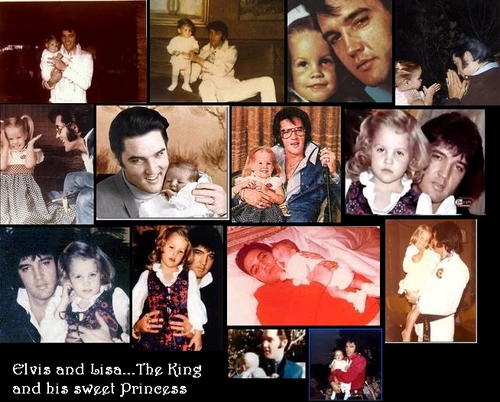 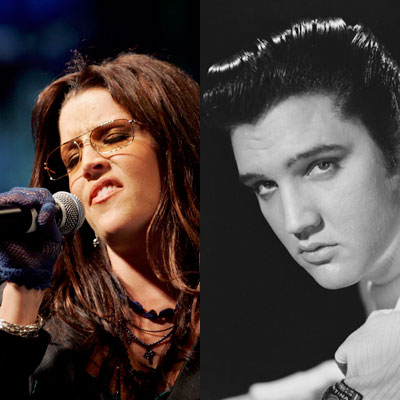 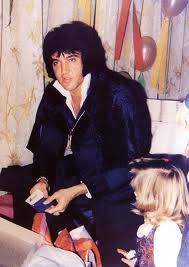 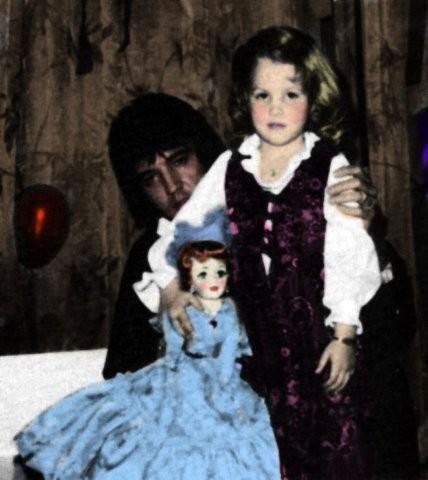 Daddy,Lisa and the doll
added by anouk1998
Source: Anouk 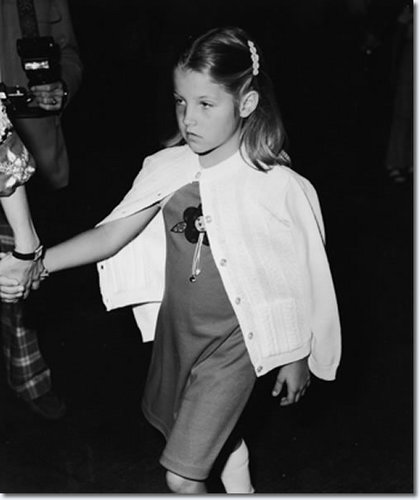 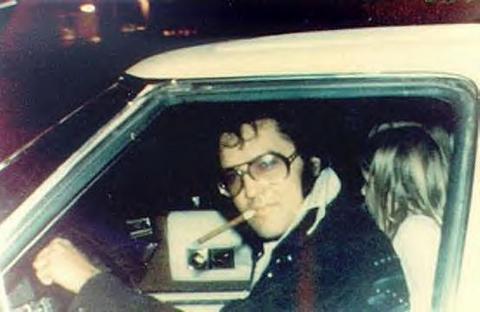 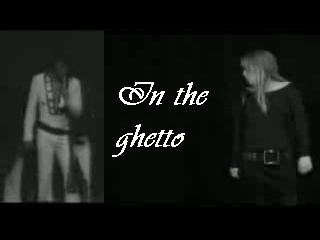 In the ghetto
added by anouk1998
Source: Anouk(Made by myself) 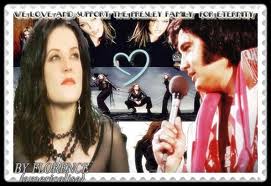 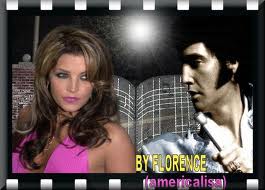 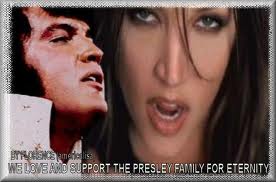 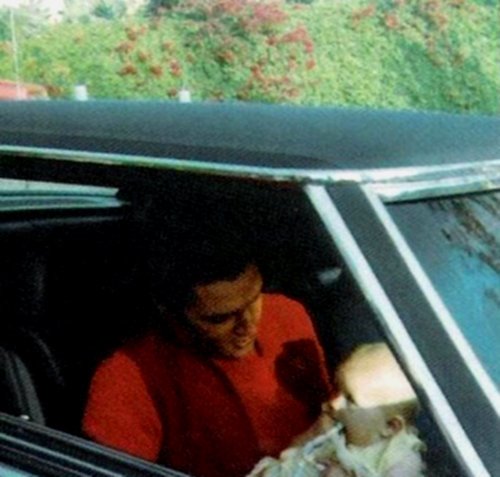 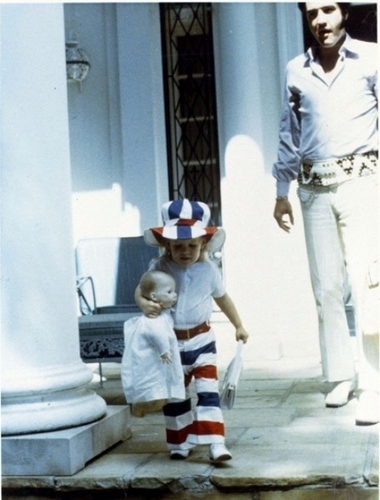