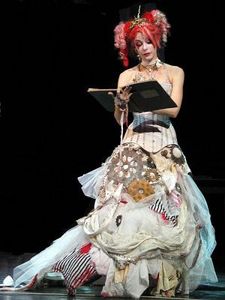 It gives me strength to have somebody to fight for; I can never fight for myself, but, for others, I can kill.

I only sleep with people I love, which is why I have insomnia.

I still own my heart, which I know because it hurts so much.

And falling's just another way to fly.

I'm not stupid. I know exactly what's going on, and I'm not fighting it. If I have to go through this, I will glean from it any small benefit I can receive. I will not fight this. Bring it on. Bring on the cure. Bring on the fucking happy. I'm committed.

Awareness is the enemy of sanity, for once you hear the screaming, it never stops.

I am my heart’s undertaker. Daily I go and retrieve its tattered remains, place them delicately into its little coffin, and bury it in the depths of my memory, only to have to do it all again tomorrow.

Oh, and I certainly don't suffer from schizophrenia. I quite enjoy it. And so do I.

And, what's more, this 'precious' body, the very same that is hooted and honked at, demeaned both in daily life as well as in ever existing form of media, harrassed, molested, raped, and, if all that wasn't enough, is forever poked and prodded and weighed and constantly wrong for eating too much, eating too little, a million details which all point to the solitary girl, to EVERY solitary girl, and say: Destroy yourself.

It is not seen as insane when a fighter, under an attack that will inevitable lead to his death, chooses to take his own life first. In fact, this act has been encouraged for centuries, and is accepted even now as an honorable reason to do the deed. How is it any different when you are under attack by your own mind?

I can explain myself: If you want to be safe, walk in the middle of the street. I’m not joking. You’ve been told to look both ways before crossing the street, and the sidewalk is your friend, right? Wrong. I’ve spent years walking sidewalks at night. I’ve looked around me when it was dark, when there were men following me, creeping out of alleyways, attempting to goad me into speaking to them and shouting obscenities at me when I wouldn’t, and I suddenly realised that the only place left to go was the middle of street. But why would I risk it? Because the odds are in my favour. In the States, someone is killed in a car accident on average every 12.5 minutes, while someone is raped on average every 2.5 minutes. Even when factoring in that, one, I am generously including ALL car-related accidents and not just those involving accidents, and two, that the vast majorities of rapes still go unreported […] And, thus, this is now the way I live my life: out in the open, in the middle of everything, because the middle of the street is actually the safest place to walk

If leeches ate peaches instead of my blood, then I would be free to drink tea in the mud!

Women who focus on style over substance usually find themselves in a big fucking hole, with other men who want to fuck the hole. Oh so smooth, and none sophistacted. Because, you know, how sophisticated can hole-fucking really be

I smile to myself knowing that they may be dead.

History written in pencil is easily erased, but crayon is forever.

If that happens again someone's gonna get shot.... with an arrow of love!

I feel as though, if I were to extend my hand just a little toward the pool where the ideas ferment, I could grab at the idea and pull it out of the pool and onto the floor where ideas must stand before the jury of the brain. There, it must present itself, still from the pool, and a bit shivery because new ideas are not given a towel to dry off with, towels being reserved for proven theories; new ideas are simply pulled and stood up, and asked to explain themselves - not a very pleasant thing really, which is why so many people go into the room where the pool is. The exercise is exhausting not to mention a bit difficult to watch, if you are at all a sympathetic creature. What was my idea, anyways?

EA: Is it the smoke that smells like vanilla?
Audience: Yeah.
EA: Yeah, they do that to mask the chemicals that are actually killing you.

Shakespeare; the only man I'd ever love...

Simply put, if you are a Wayward Victorian Girl, I'll find you.

We had people fainting during the last tour, but I'm aiming for people to actually drop dead at this one.
kittyluv57, IllusionDolls and 5 others like this 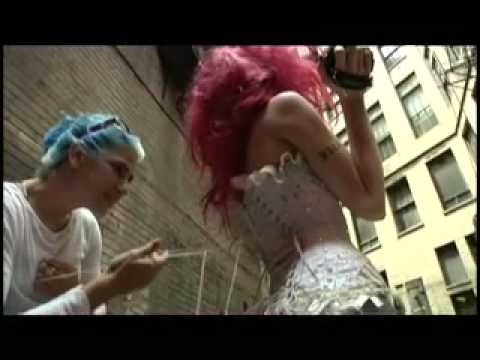 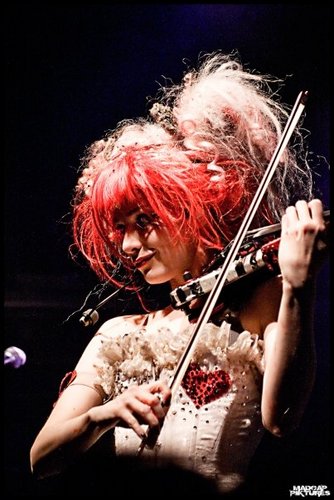 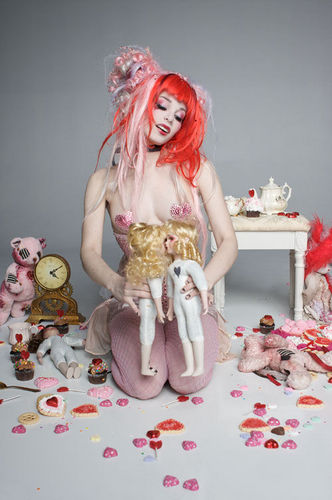 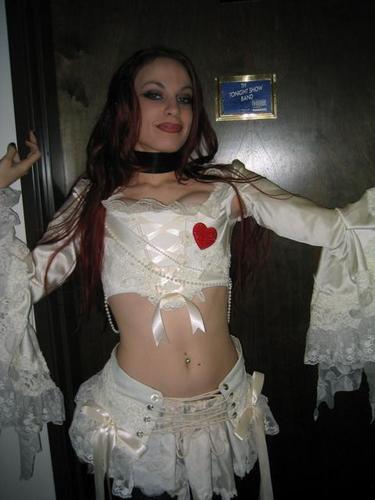 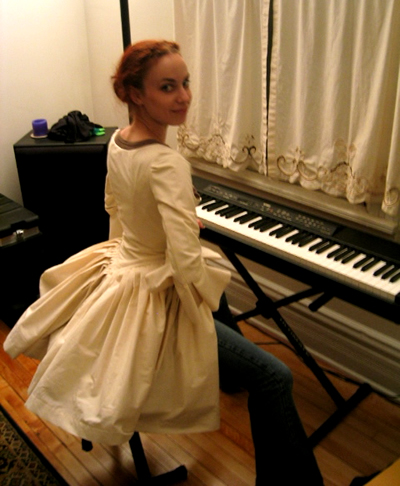 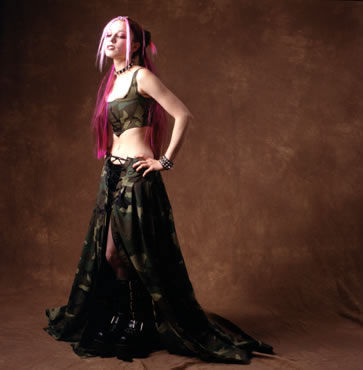 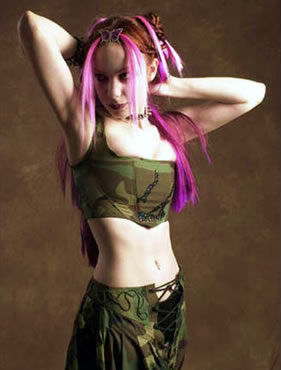 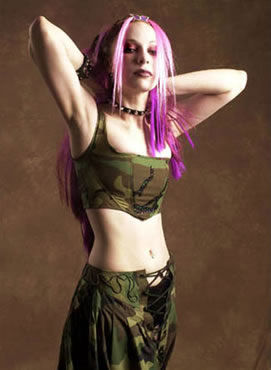 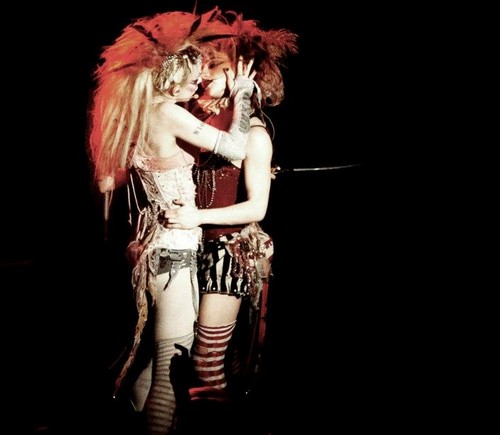 EA with Crumpets
added by Aiden95 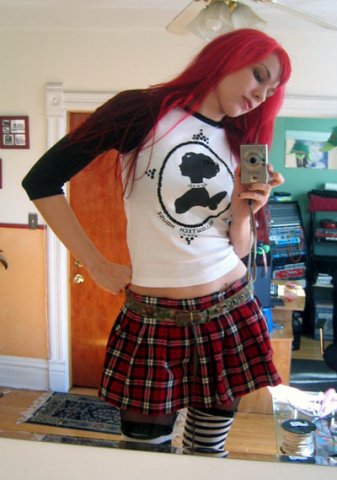 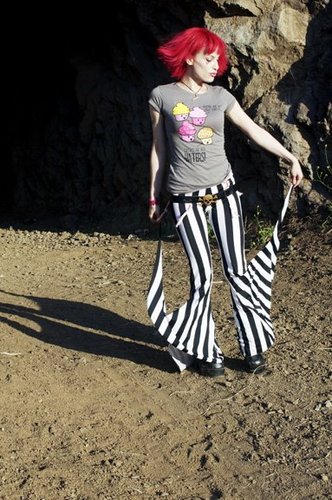 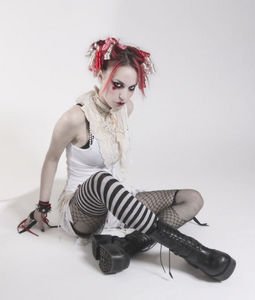 What is your substance, whereof are you made,
That millions of strange shadows on you tend?
Since every one, hath every one, one shade,
And you but one, can every shadow lend.

Chorus:
Across the sky
I will come for you
If you ask me to
Demystify
Your uncommon dreams
Stranger things have come true 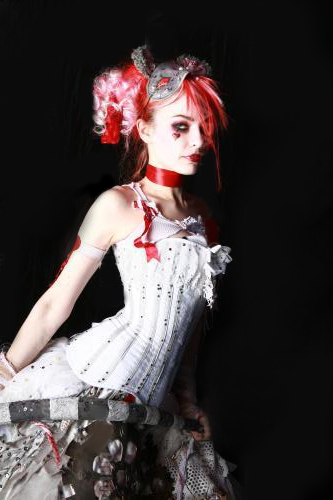 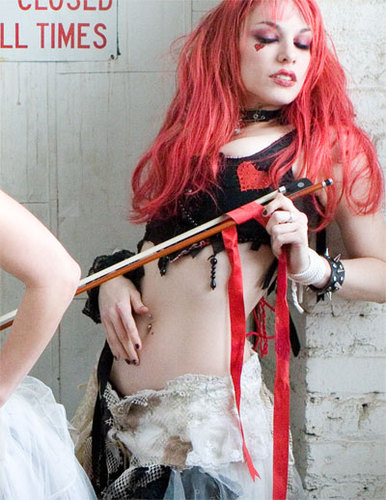 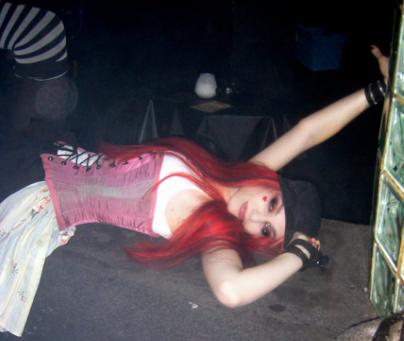 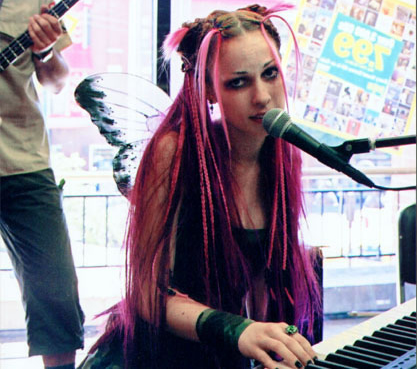 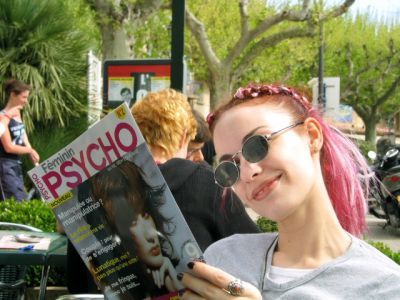 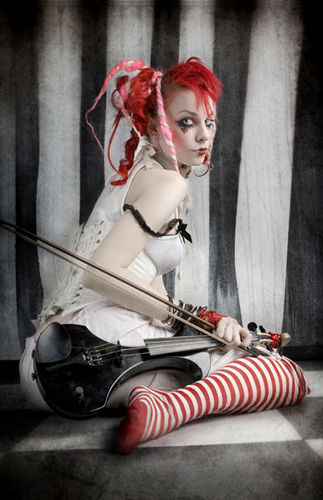 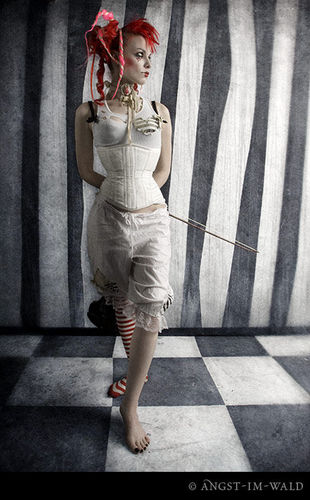