5
The best of 3x05 “The Secret Origin Of Felicity Smoak” Reviews
posted by smile19
"As someone with barely even a superficial resemblance to her comic book namesake(*), Felicity is someone Team "Arrow" has been able to do anything with as they’ve come to recognize how talented and appealing Emily Bett Rickards is. Felicity as a goth hacktivist sets up the idea that she had vigilante impulses well before she met Oliver and Diggle, and also suggests a girl who was running as far and fast as she could from the shadow of her mom, played here by "NYPD Blue" alum Charlotte Ross. That the bad guy was going to be Cooper was pretty well telegraphed, but Rickards still played it well, and Felicity getting to beat up the villain herself — after first saving the day by setting up a rogue wifi hub using Ray’s donated watch — was awfully satisfying.

When you put Felicity’s name into the episode title at this point, you raise expectations. And tonight’s show delivered.”

"Emily Bett Rickards has been a huge asset forArrow from day one, and she is able to bring some sense of character logic to the tale of Felicity and Donna Smoak.

The story of the Smoaks succeeds because of Rickards’ and Ross’ performances and because of its universal power,”

"Given that all we knew of Felicity’s pre-Oliver Queen existence was that her mom worked in Vegas, Rickards and Ross did a bang-up job of creating a dynamic that felt entirely lived-in. Their performances had history, despite this being the first time we saw them together. "

"Emily Bett Rickards has been in plenty of scenes which call for her to be more than a source of levity, but this one really focuses on pushing her abilities as an actress. Sure, there’s a good laugh or two along the way — the opening is a perfect example of this and was very creatively executed — but this one was all about giving us a character-driven ride.

There aren’t any critical developments with her here; it’s all about delivering emotion and it most definitely succeeds in doing that. You won’t have any shocking epiphanies about who she is or where she came from, but odds are you’ll have a new appreciation for the character and see she’s not there just for a charming joke or two. Plus, how awesome is it that she technically saved herself?!

As for the dynamic with her mother, both Rickards and Charlotte Ross give very heartfelt performances.

Even if you didn’t feel moved by the relationship, you have to at least recognize they both gave really commendable performances.”

"We still don’t know much about Felicity’s father, and the MIT flashbacks proved largely functional in setting up the “supervirus” plot, but Rickards gave just the right amount of vulnerability and determination in having both family and past sins pulling from either direction."

"Rickards got so much great stuff to work with in this episode and gave one of her greatest performances ever."

"It was another strong installment of The CW superhero series that was a perfect showcase for the incredibly talented Emily Bett Rickards, who nailed every single scene, both comedic and dramatic, that she was given"

“Emily Bett Rickards has been doing great work with this deeper material for Felicity, and she particularly excels at the emotional scenes.”

"Felicity Smoak has been the most surprising character in the Arrow universe. Emily Bett Rickards’ performance as the blonde techie has been nothing short of a gift to the show since her appearance in season one.

The story between the two ladies hits familiar beats found in other shows– a meet up, daughter blows mother off, daughter blows up at mother (in a scene that Rickards just nails with the right amount of emotion) and subsequent make up. Rickards and Ross work so well together and the script does a great job of fleshing them both out that it’s easy to overlook this flaw. Even held at gunpoint by her daughter’s ex-boyfriend, Ross makes Donna into more than just a ditzy mom caught up in her daughter’s job. Donna is a woman who, even though she didn’t know it, helped make Felicity Smoak into the hero she is today.”

"We love Emily Bett Rickards, which means we absolutely love Felicity Smoak. She’s intelligent, gorgeous, a great friend, and has a great sense of humor in her own geeky way, what’s not to love?
Emily Bett Rickards was outstanding and has re-defined Felicity’s persona, as she delivered more details of her past”

"Can we all take a moment of silence in honor of Emily Bett Rickards for absolutely killing it in the first Felicity-centric episode? Then again, there’s very little reason to be surprised since Rickards has always been one of Arrow's strongest players.”

"Emily Bett Rickards is a gem of an actress. Her Felicity could easily be a harsh or abrasive character; but literally everyone else is harsh and abrasive on the show, so she eases back and becomes the voice of emotion in the show.

The episode lives and dies on Rickards’ and to an extent, Charlotte Ross’s shoulders. Despite Felicity rarely talking about her mother, from the first moment Donna walks in unannounced, we understand immediately their relationship. It’s not the most in-depth look at a mother/daughter relations, but the two play it for all its worth, so when the final gentle dispensations of love are announced, there’s audible ‘aaaaaaw’ing from the audience.” 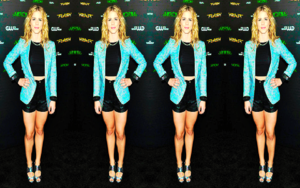 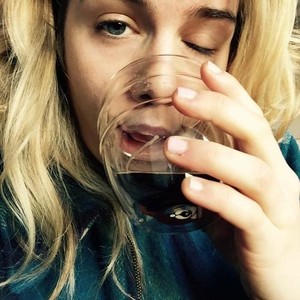 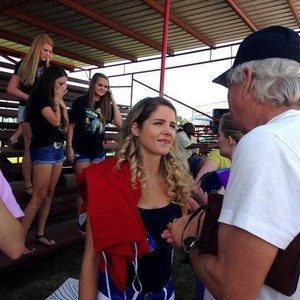 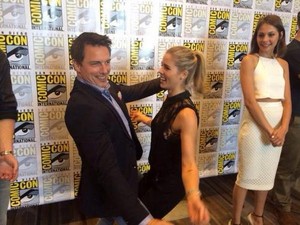 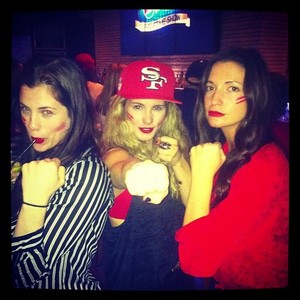 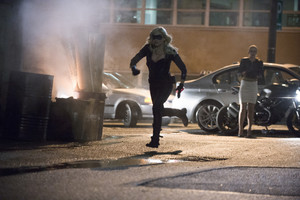 Arrow: Official Images From “Time Of Death”
added by lunajrv 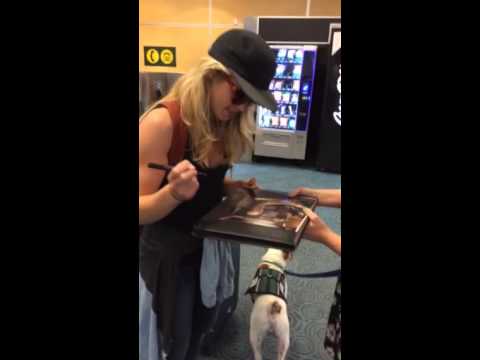 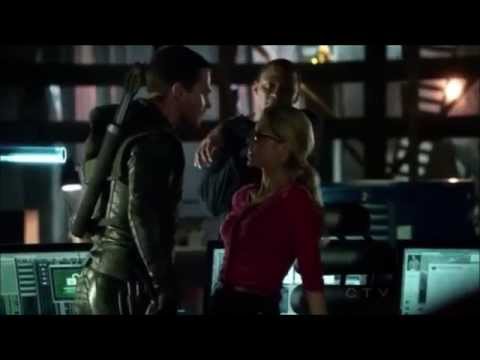 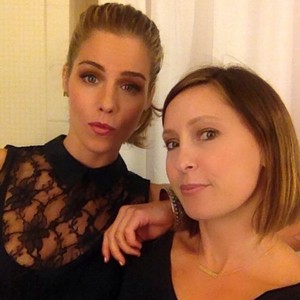 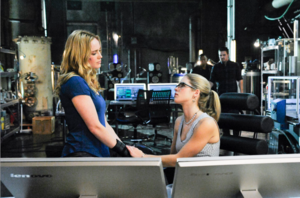