"Can't Stop The Rain" - Emma & Graham Fanfiction
posted by CelestialDream
Of course it was raining. The one time Emma leaves her keys in her jacket it has to be raining. Her jacket is back in Mary Margaret’s apartment, who is out for the night babysitting for Ashley so she can have some alone time with Sean. It’s late Sunday night and Storybrooke being the small town it is, seems deserted. Even Granny’s is closed for the night. And so Emma stands outside the apartment building, leaning against her car, utterly drenched.

It’s not that she doesn’t like the rain, because she does. She’s always found it to be oddly comforting actually. But it’s fall now and the nights have gotten chilly so the rain makes it all the more cold. Emma actually contemplates taking a rock and smashing her window just so she can get some shelter in her car. But she rather not deal with the broken glass and repairs that would follow the next day.

Mary Margaret didn’t say what time she’d be home, but Emma’s hoping it will be sooner rather then later. Suddenly a bright pair of headlights shine in her direction. She tries shielding her eyes with her arm as she attempts to make out the vehicle in question. The car pulls up beside her and she can now see it’s the Sheriff’s car.

The driver’s door swings open and Sheriff Graham walks out and heads over to her, he looks surprised. “Miss Swan what are you doing out here in the rain?” She wants to come back with something sarcastic like she’s out here taking a shower or something. But the cold and the rain has mellowed her sass so she just tells him what really happened.

“I locked myself out of the apartment.” The rain suddenly picks up as does the wind, Emma pulls her arms close to her in an effort to keep her remaining body heat up. Graham reaches out a gentle hand and touches her arm. She feels like ice. “Emma your shivering, if you don’t get warmed up and out of the rain your going to wind up sick.”

“I’m fine, really. Mary Margaret should be home any minute.” He shoots her a skeptical look. Emma’s usually a pretty good liar, but she can’t fake it in her current condition. “Don’t make me arrest you again.” He’s half joking, half serious. Graham couldn’t live with himself if he knew he left her out in the freezing rain.

Her shivering becomes more noticeable and Graham decides to take matters into his own hands. He slides off his black leather jacket, the one you can always find him wearing, and drapes it over her shoulders. Then opens the passenger door to his squad car and instructs her to get in. Emma hesitates for a moment but decides it isn’t worth it and crawls into the seat.

The ride back to the station is fairly quite. Emma’s chattering teeth start to lessen as the heat starts to penetrate her skin. She cozies a bit deeper into his jacket. She can smell his scent on the collar. It’s pleasant smelling, she can’t quite explain what it smells like but it surprisingly comforting. Out of the corner of his eye he actually catches her doing this, a small smile creeps across his face. “What?” She asks noticing the smile. “Nothing.” Graham answers quickly.

They arrive at the station and Emma plops herself down on the desk in Graham’s office right beside the heater, still wearing his jacket. Her feet sway a little as they dangle off the desk. Graham leans against the wall and watches as she finally gets some color back in her face.

She’s soaked to the bone and he’s pretty wet himself considering how long it took him to convince her to come with him. But he’s used to whatever weather nature offers so it doesn’t really phase him.

“We should really get you out of these clothes.” He suggests. Emma smirks “My aren’t we forward?” She teases. Graham, clearly embarrassed, fumbles over his words “Tha-That’s not what I ment.” She laughs. “I know. Your not the only one who can crack jokes around here.” Pausing a moment, she then adds “At least mine are funny.” He scoffs and shakes his head. Seems her fight came back along with the heat.

Graham notices a wet strand of hair practically plastered to her forehead as it hangs close to her eye. Pushing himself off the wall he makes his way over to her. She looks up at him as he takes his thumb and slides the strand out of her eyes, tucking it snugly behind her ear. Emma smiles a little, though it seems like she’s trying to force herself not to because of that wall of hers.

Graham takes her face in his hands and leans in to kiss her. Emma too leans in and their lips meet. All of their reasons on why they shouldn’t kiss seemed to simply disappear as they did.
afirewiel Beautiful! Beautiful!
SisterOfThalia Brilliant :)
1
"Finding Emma" - Emma & Graham Fanfiction
posted by CelestialDream
He had only met her for a brief moment but the Sheriff quickly realized he couldn’t get her out of his mind. He couldn’t remember the last time he had seen anyone new come to town. Her appearance brought an odd sense of hopefulness to him that he couldn’t place. Something he couldn’t remembering feeling in the longest time.

But now was not the time for this, she was probably already long gone by now, back to where ever she came from. And as for him he had his Sheriff duties that needed to be tended to. He had his nightly patrol of the town before heading home.

It wasn’t long before...
continue reading... 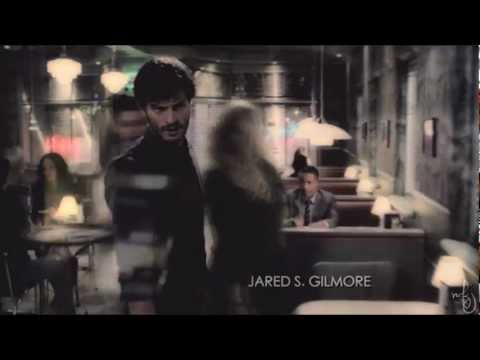 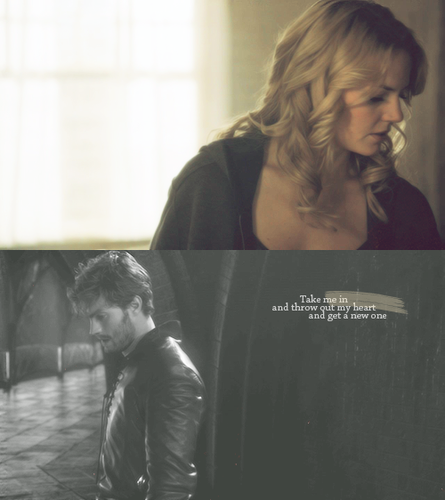 Emma and The Huntsman
added by CelestialDream
Source: tumblr: snabjorn 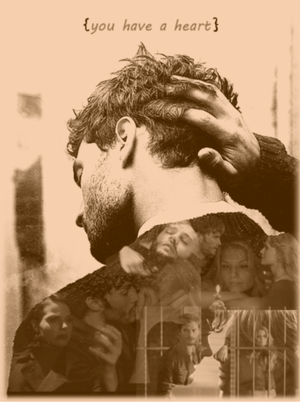 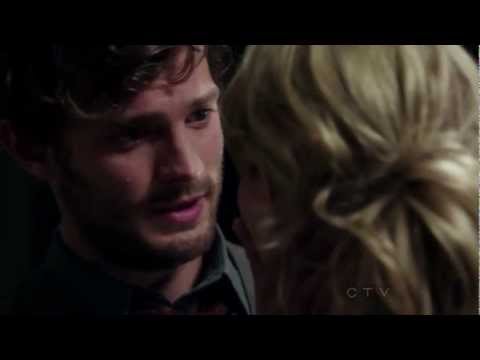 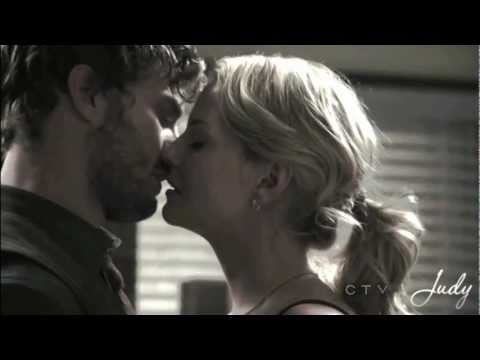 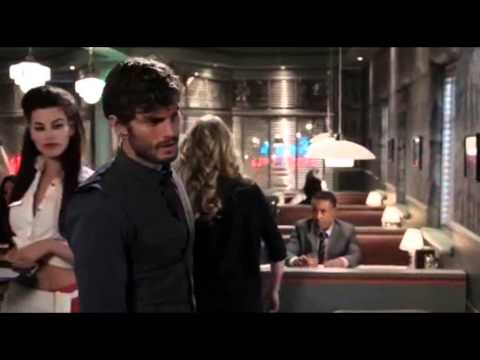 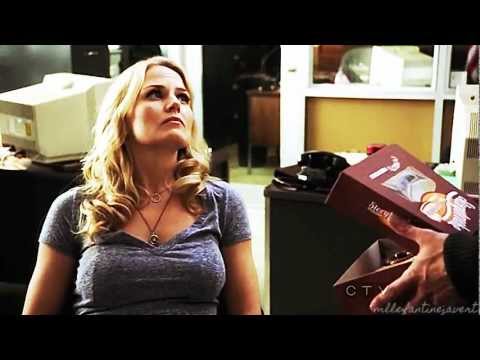 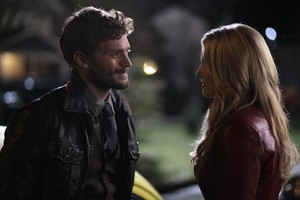 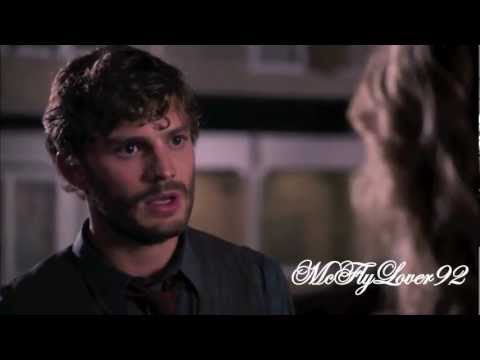 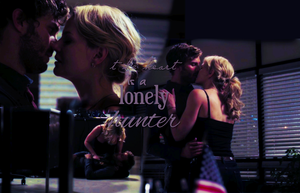 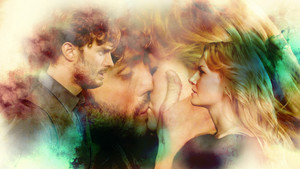 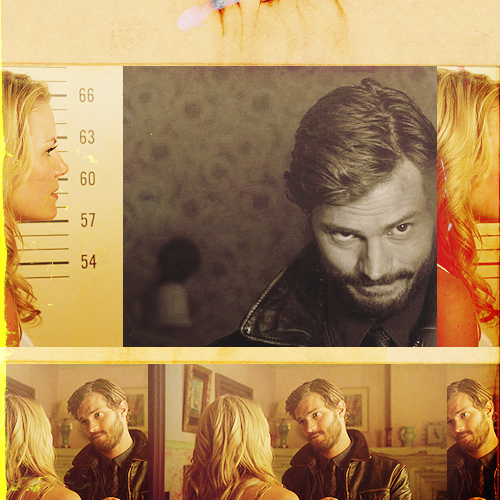 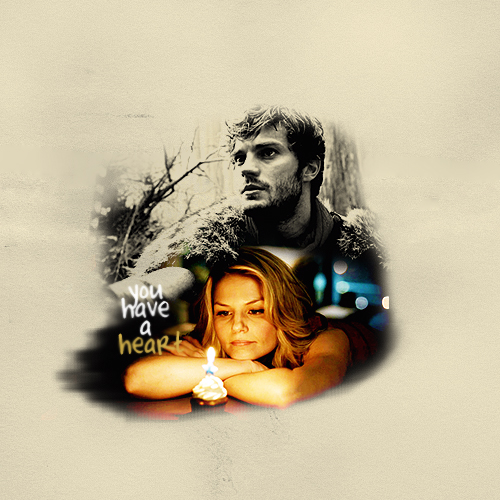 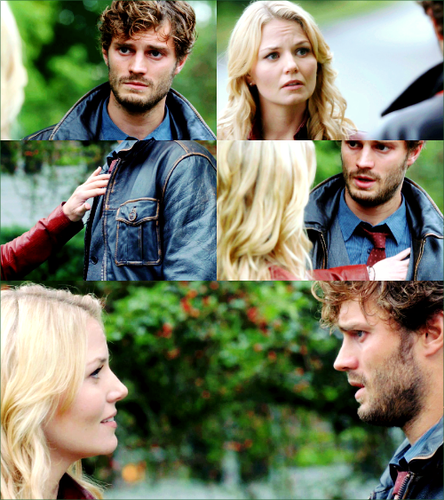