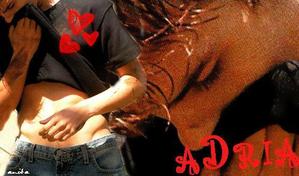 Benjamín Rojas Pessi (born April 16, 1985 in La Plata, Buenos Aires province, Argentina), is a well-known Argentine actor and singer, probably the best known of his roles in telenovelas Chiquititas, Rebelde Way, Floricienta and Alma Pirata, and in music as a member of Erreway. Right now, he's working on the movie named La Leyenda and on new Erreway's album Vuelvo. In 2008, he signed the contract with the Disney Channel.

Benjamín was born on April 16, 1985 in La Plata, Argentina. He has two older brothers and one older sister. He was student of "Gimnasia La Plata", and was good in rugby. But, he left rugby because of role in telenovela Chiquititas.

During period 2001-2004, he was in a relationship with Camila Bordonaba. They broke up in 2004 and stayed in touch. He has been dating model Maria Del Cerro for three years.

He loves football, and his favourite club is Club de Gimnasia y Esgrima La Plata. He can speak Spanish and English.

Benjamin Rojas began his professional show business career when he was cast as Yago in Cris Morena's production, Chiquititas, in 1998. His portrait of Yago, a homeless boy who helps Maria Jimena Piccolo's Jimena out of a jungle and in turn gets helped by Jimena himself when she takes him to the Rincon de Luz orphanage home, gave Rojas much critical acclaim. Rojas spent two years at "Chiquititas", also playing the character of Bautista Arce. During that span, Rojas became a teen idol in Argentina, the rest of Latin America and even Hungary, where fans of his kept a fan site dedicated to him. After his participation in that teenager oriented telenovela, Rojas went on to reprise his role as Bautista Arce in the 2001 Chiquititas movie, Chiquititas: Rincon de Luz.

It was in 2002, that Rojas broke through in the music world too. He played Pablo Bustamante in the international hit telenovela, Rebelde Way. Rojas, along with fellow former Chiquititas actors Camila Bordonaba Felipe Colombo and Luisana Lopilato formed part of a music band, named Erreway, which has many fans across the planet. In 2004, when Rebelde Way finished, he replied his role of Pablo in film version of Rebelde Way, Erreway: 4 Caminos, which was a major Argentine cinema success.

By 2004, Rojas was seen acting in yet another Telefe production, Floricienta, with Camila Bordonaba and Felipe Colombo again, where he had a starring role as Franco Fritzenwalden. He also became a theater star, and he played in theater version of Floricienta. In 2006, he played Cruz Navarro in telenovela Alma Pirata, with Luisana Lopilato.

After playing in hit theater version of Alma Pirata, in 2007 he filmed movie named Kluge, with famous actor Alejandro Awada. Film will show up in theaters in 2008. Also, in 2008, he accepted to play main character in the play El Libro de la Selva (The Jungle Book), with Brenda Gandini. This play debuted in February 2008.

He has also been cast for one of the main parts in La Leyenda, in which he will take the part of a race driver competing for the love of a woman. He will act with Mariano Martínez.

He has also recently signed a contract with Disney Channel and Cris Morena Productions for a big international TV show, similar to the one of High School Musical. Because of this contract, he cancelled the role of Prince in theatre play Cinderella (Cinderella is being portrayed by Luisana Lopilato.

When he was playing in Chiquititas, Rojas recorded many songs for Chiquitas Soundtrack, with the rest of the team. Ones of those songs were "Abre, Entra" and "Adolescente".

In 2002, he became a member of teenage band Erreway, that scored some musical hits and toured across Argentina until well after Rebelde Way had stopped recording. Erreway recorded three albums, Señales, Tiempo and Memoria, and few compilations of hits, with DVD bonus. Currently, Rojas, Camila Bordonaba and Felipe Colombo (Luisana Lopilato left the band) are working on forth CD of Erreway, which will have name Vuelvo.

During telenovelas Floricienta and Alma Pirata, Rojas recorded few songs for this show. In Floricienta, many of these songs are duets with Florencia Bertotti, who played Floricienta. 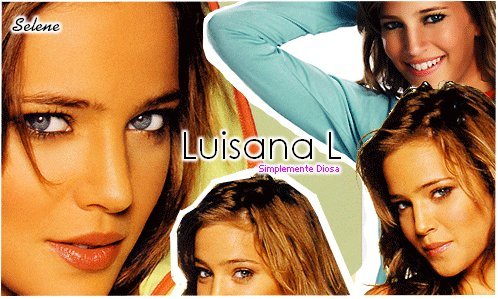 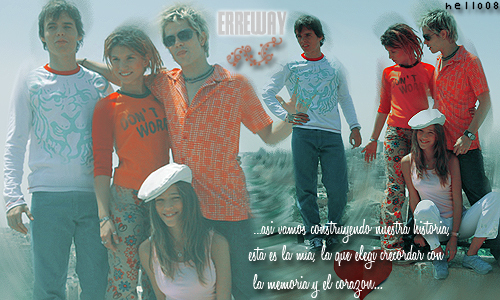 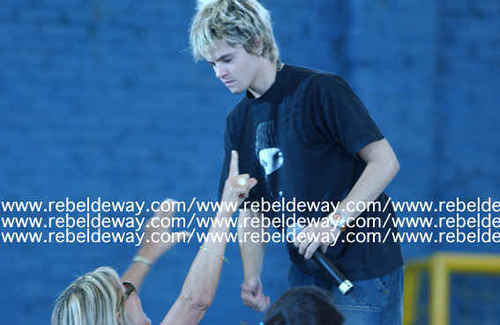 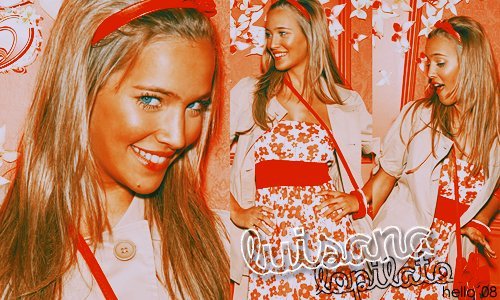 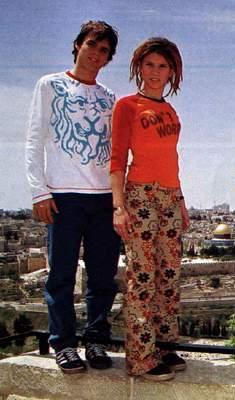 Camila Bordonaba Roldán (b. El Palomar September 4, 1984) is a well known Argentine actress, singer-songwriter and composer. Bordonaba, nicknamed Cato by family and friends, is probably best remembered for her role as Pato and Camila Bustillo in the 1995 Telefe telenovela, Chiquititas and Marizza Pía Spirito in Rebel's Way.

Bordonaba also played roles in various popular Argentine shows such as Floricienta, El Patron de la Vereda and Son de Fierro , and she will be starring in 4x4. She has recorded a few solo songs, including the hit Por Ti. She also was part of a singing group in Son de Fierro,...
continue reading... 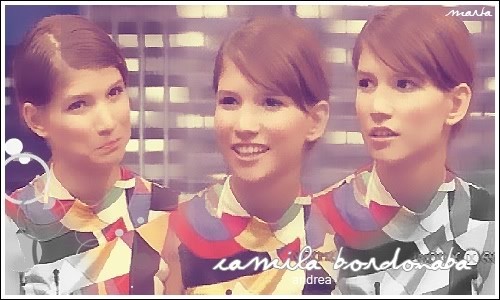 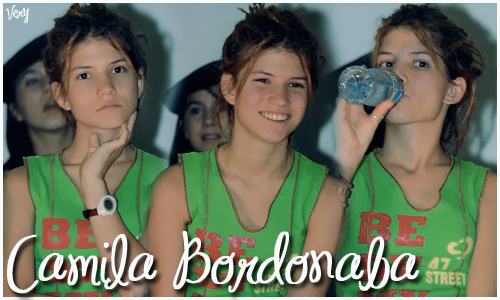 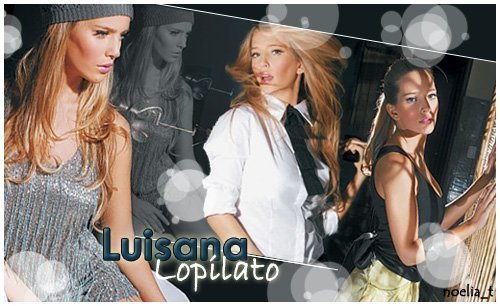 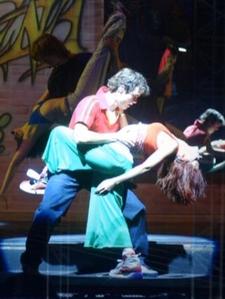 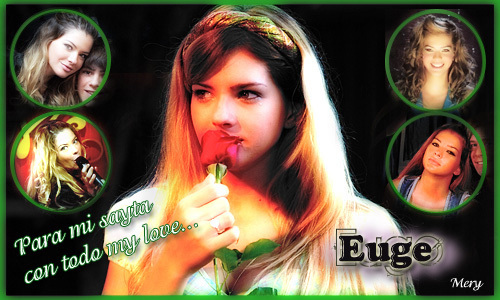 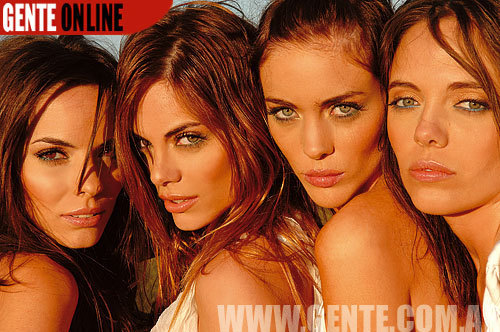 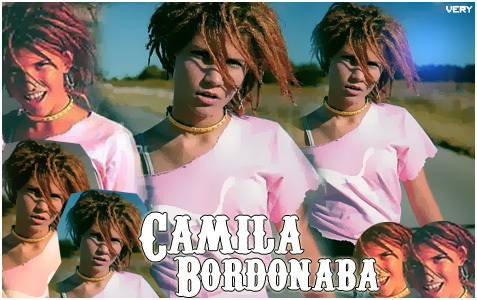