Erza Scarlet is a S-Class mage of one of the strongest magic guilds in the Kingdom of Fiore, Fairy Tail. Erza is the strongest woman in Fairy Tail, so she was given the nickname of Titania meaning Queen of Fairies.
Erza is also a member of the so-called Team Natsu, a group which consists of Natsu Dragneel, Happy, Lucy Heartfilia and Gray Fullbuster. This team is (due to the strength of its members and also it's member's actions) often referred to as the "The Strongest Team" in the series, Erza won first place in the Miss Fairy Tail award.
Erza is a beautiful young woman with long scarlet hair, and brown eyes. It is noted that her right eye is actually artificially made by Porlyusica. She also has an "amazing body" as stated Lucy when they were taking a bath together. Like most female characters, she has extremely large breasts.
Erza is a very strict person, often criticizing the bad behavior and habits of the other guild members, causing most them to apologize for fear that they might invoke her wrath.
She is also impatient, disliking people who don't answer her questions quickly as seen when she promptly knocks out anyone who doesn't answer her questions right away (despite them not knowing anything). Also, Erza has a problem where she apparently sees everyone as guild members (best seen when she asks civilians to take things places during a mission).

However, she has a great sense of justice. Despite being a very strict person, she seems to have a clumsy side to her as seen during the Galuna arc when she fell into a pit hole.

Natsu describes her as "strong, mean and scary", Lucy says that she's "cool and beautiful", and later at the near-end of the Nirvana incident, Lucy narrated her as "warm and full of passion". Jellal, as he lost his memories, remembering nothing but the name "Erza", says her name is "full of kindness, brightness and warmth". Her personality has developed well throughout the series, showing different sides of her during the process, both in her strongest and weakest moments. These developments give her a strong, cool and dependable image, as well as an air of maturity, despite being only 19 years old. Despite her normally stern nature, Erza has shown a goofy side of herself from time to time.


It haven't yet fully explored but it was implied that Natsu, Erza and Gray very close with each other; while staying at Lucy's house Erza stated that they used to take showers together. Later it was revealed that that the three of them were part of Fairy Tail since they were children.
During the S class trial, the master called Erza the Female Knight who doesn't know how to hold back, meaning she is somewhat like Gildarts, though she may simply choose not to hold back while Gildarts clearly proves he can't. This could be the main reason she has beaten some of the guild members to near death, attacks all of her opponents on a mission, and uses weapons or armor that gives her a clear edge in battle.
rigbyplease, camiile and 3 others like this
Erza--Scarlet nice! 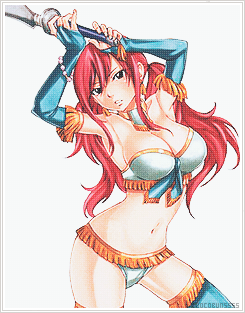 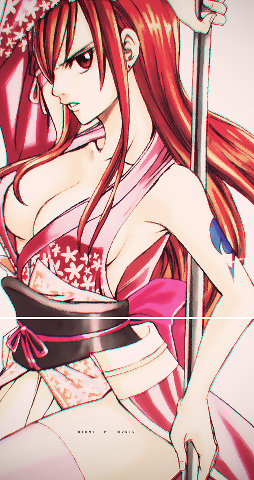 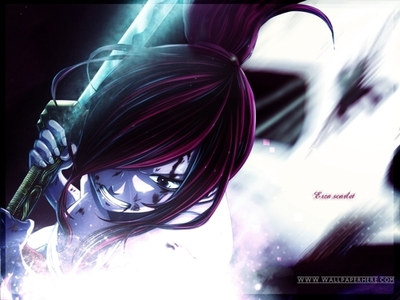 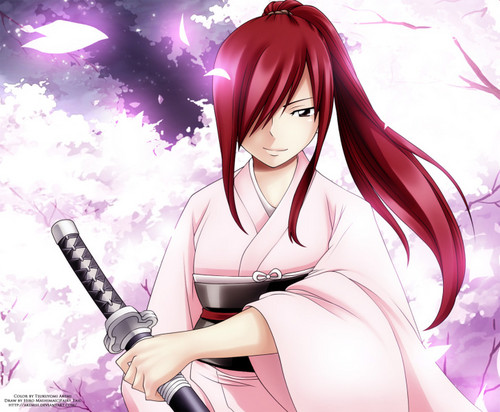 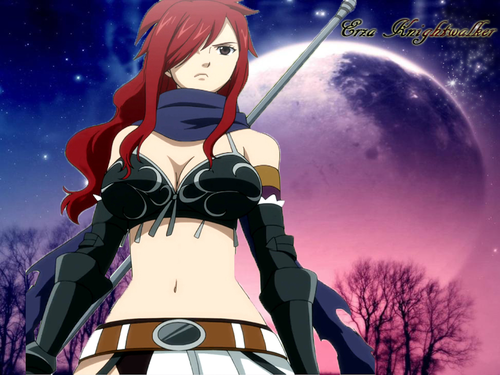 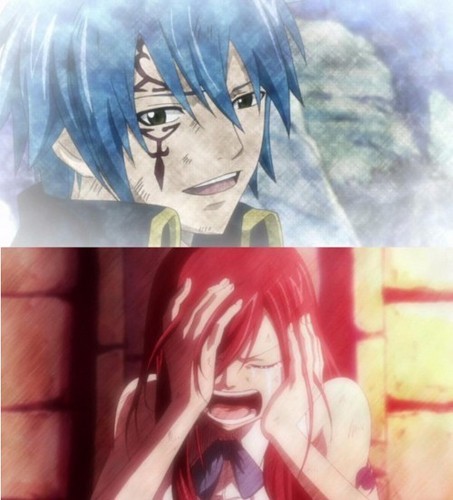 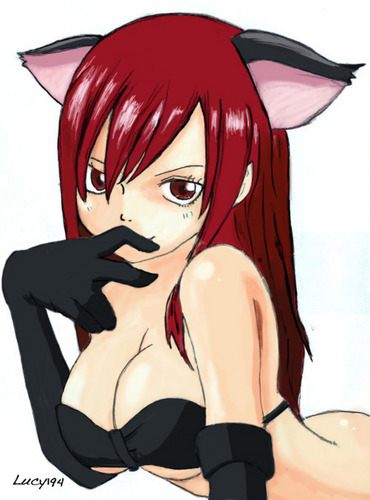 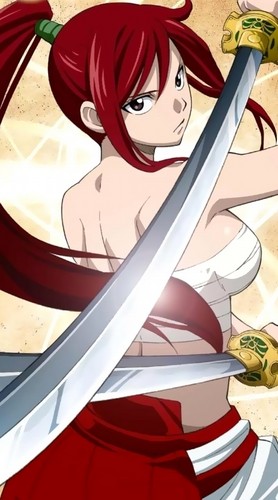 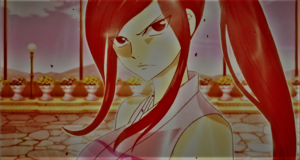 Erza Scarlet in a still from Fairy Tail during the Grand Magic Games arc
added by RatRule
Source: Edited by RatRule 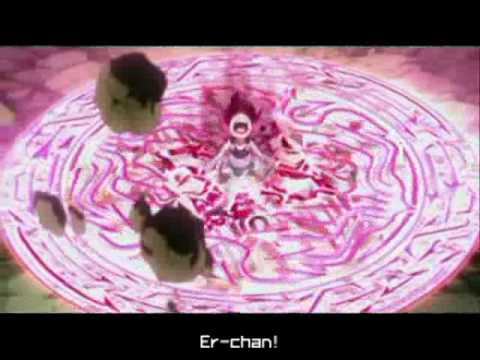 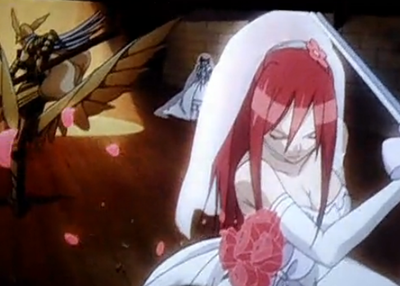 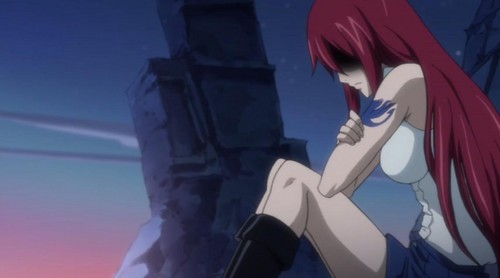 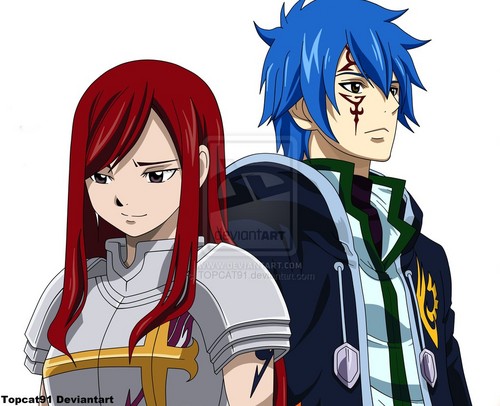 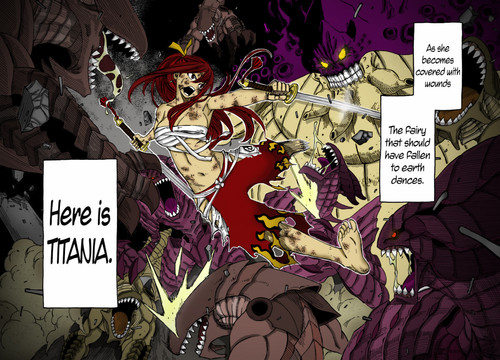 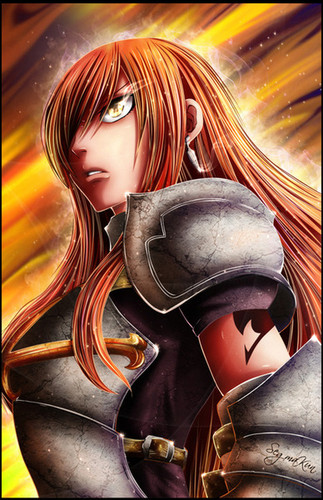 1
All that I have of Erza
added by pjwoww 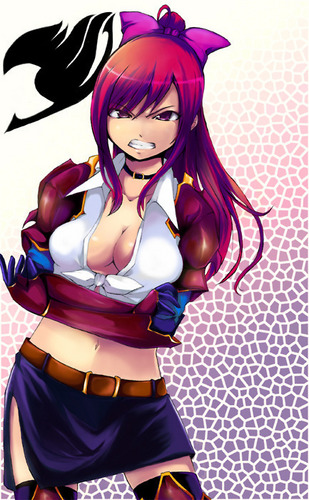 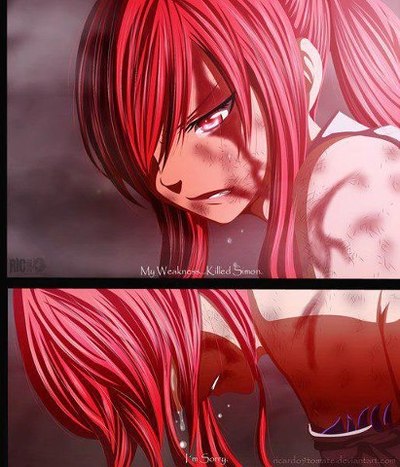 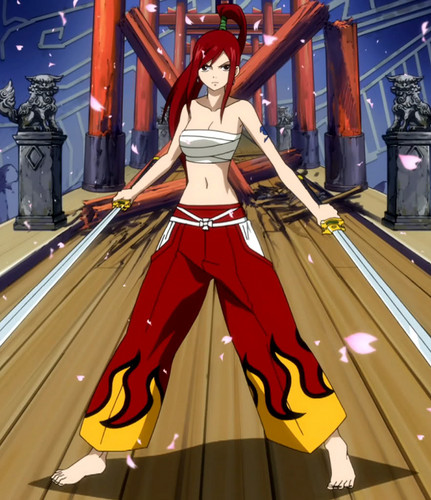 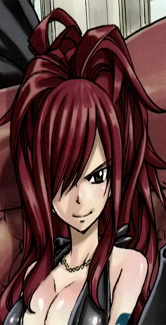