Erza's Magic and Abilities
posted by akina_blaze
Holder Magic User:
Erza is the strongest female member of Fairy Tail and one of the only three S-Class wizard of the guild. Thanks to this strength, she had been considered by Makarov to be the next Master, but he said that Erza was too young and strict. Erza is a strong sword wizard whose skills in swordplay are elite to say the least, and uses her armors and her weapons to help her to get the upper hand in a fight. Even Jellal hinted that Erza was powerful enough to be one of the Ten Wizard Saints as resurrecting Zeref required sacrificing someone about as powerful as them, and was planning to use Erza to accomplish this.

Requip: The Knight (換装 別名 ザ・ナイト Kansou Betsumei Za Naito): Erza uses Requip, type of magic that swaps weapons and armour and clothes at will. Her certain Requip is called, The Knight. She is noted for her ability to requip extremely fast and is the only sword wizard known to be capable of re-equipping weapons and armor while fighting, earning her the nickname Titania, and is well known through out the nation of Fiore, and city of Magnolia. Her strength is so great that even strong wizards such as Natsu and Gray fear her; this fear immediately ceases their bickering in her presence (excluding her requip abilities, her actual magical prowess is unknown). Happy said that Erza's magic is beautiful because it causes a huge amount of blood to spill from her opponents. Not only this, but she has also been Requip stated to have potential to be one of the Ten Wizard Saints.

Telekinesis: Erza's first use of magic as a child was to levitate discarded weapons from the ground and launch them at her enemies.

Master Swordsmanship:
Erza skills in swordplay are of the highest caliber. Her offensive capabilities mainly come from her swordsplay that enables her to effectively utilize the weapons that her Re-Quip provides. She is even capable of wielding her swords using her feet. With her swordsmanship skills she sliced through Aria's air space and defeat him in one blow. She was lso able to deflect hundreds of needles that were shot at her by Evergreen with relative ease.

Enhanced Speed:
Erza has demonstrated that she can move quickly in battle.

Enhanced Strength:
Erza has an immense ammount of physical strength, and can lift and drag objects many times her own size and weight. She also was able to send Midnight through a wall with a flick of the wrist.

Expert Hand to Hand Combatant:
When not utilizing her weapons in battle Erza has shown skill with hand to hand combat, this was shown when she was able to send Midnight crashing through a wall with a flick of her wrist. 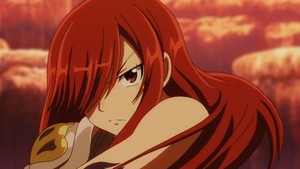 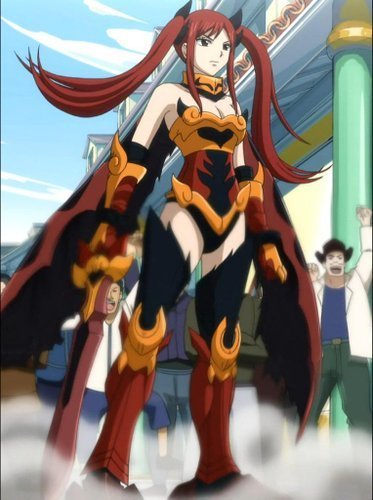 ERZA
added by akina_blaze
About Erza Scarlet
posted by akina_blaze
Erza Scarlet is an S-class mage who's famous for her usage of Requip Magic, also a member of the Fairy Tail Guild and of Team Natsu, and one of the main female protagonists of the anime and manga ''Fairy Tail''.

APPEARANCE
Erza is a young woman who has long scarlet hair, and brown eyes. Her right eye is actually artificial, and was made by Porlyusica. She has a slender figure that Lucy Heartfilia described as amazing and like most females in the series, has large breasts. She wears a custom-made armor by Heart Kreuz smiths, a blue skirt, and black boots. Erza specializes in Requip magic, and...
continue reading...
2
Erza's Relationships
posted by akina_blaze
FAIRY TAIL GUILD -
Most members of Fairy Tail are afraid of Erza, who often criticizes their bad habits, leading them to apologize to avoid her wrath, but like most Fairy Tail members, she shows great loyalty and dedication to Makarov and the guild, proven by her pushing herself past her limit in the war against the Phantom Lord Guild and fighting against its many powerful members. She also became the temporary leader when Makarov had to be treated because of his scattered magic. It was also shown that she is furious whenever the guild or any of her close friends is underestimated or insulted....
continue reading... 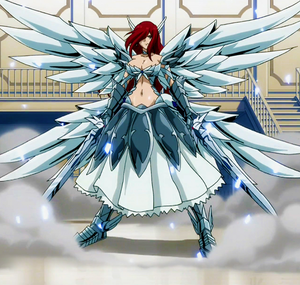 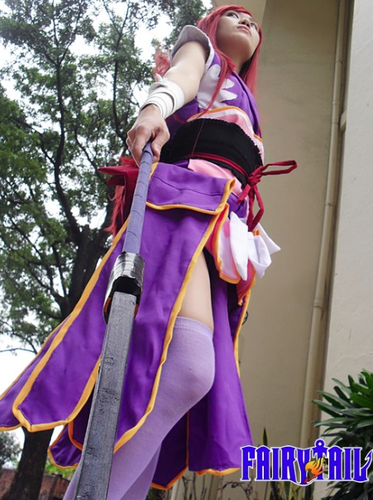 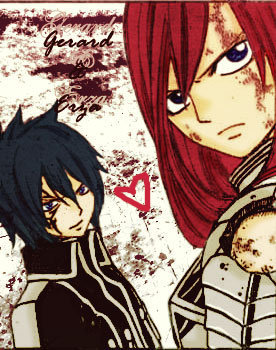 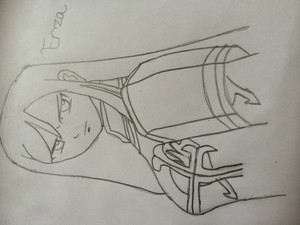 Erza so pretty and brave
added by CSYY1
Source: Me 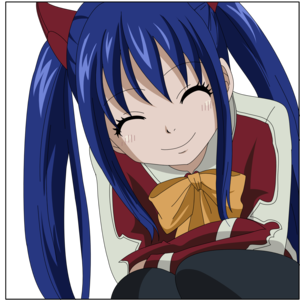 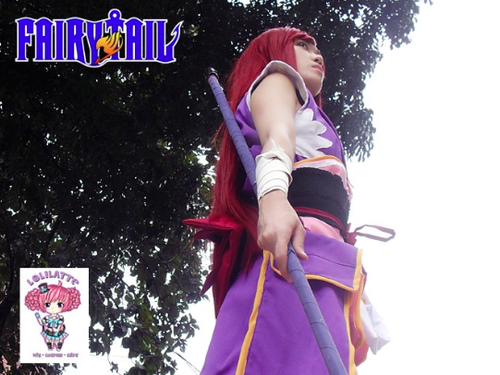 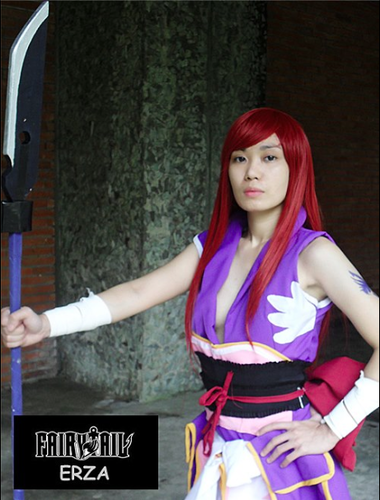 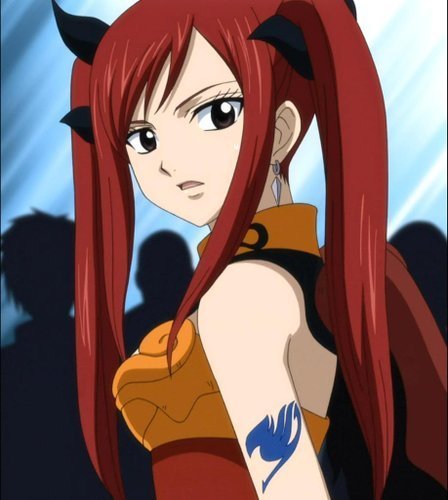 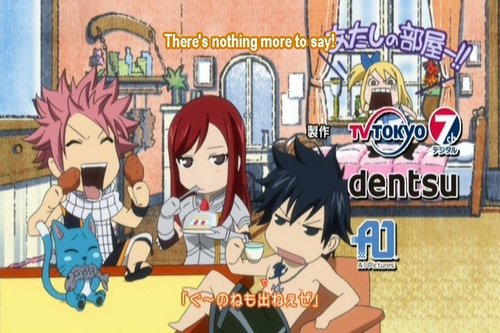 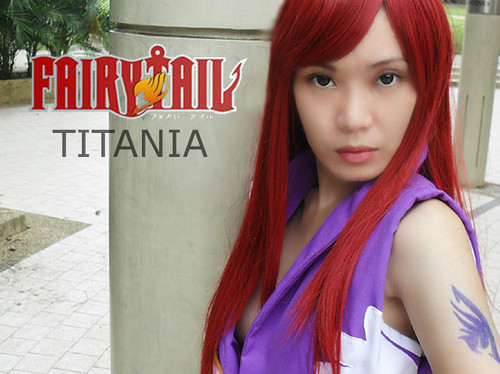