5
Some Family Guy quotes
posted by bratzdolly11
Peter: What the hell is he talking about?
Englishman: Oh, it’s Cricket. Marvelous game, really. You see, the bowler hurls the ball toward the batter who tries to play away a fine leg. He endeavors to score by dashing between the creases, provided the wicket keeper hasn’t whipped his bails off, of course.
Peter: Anybody get that?
Cleveland: The only British idiom I know is that “fag” means “cigarette.”
Peter: Well, someone tell this “cigarette” to shut up.
-Family Guy
Tonight there’s a new reality show on Fox: “Fast Animals, Slow Children.”
-Peter Griffin
When I stick this army guy with the sharp bayonette up my nose, it tickles my brain. Hah hah hah...ow. Oh, now I don’t know math.
-Chris Griffin, Family Guy, “The Kiss Seen ’Round the World”
Meg: Excuse me, Mayor West?
Adam West: How do you know my language?
-Family Guy, “The Story on Page 1”

Police blotter: We have a gang shooting on 3rd and Main. Three wounded, one dead.
Brian: Is it just me or is rap getting lazier?
-Family Guy

Stewie: I say, Mother, this hot dog has been on my plate for a full minute and it hasn’t yet cut itself.
Lois: Honey, I’ll be right there.
Stewie: Oh, by all means, take your time. Oh, and when you do finally get around to it, I’ll be the one covered in flies with a belly that protrudes half-way to bloody Boston!

-Family Guy, “Peter, Peter Caviar Eater”
I’m so hungry I could ride a horse. I don’t get it. Well, I could ride it to the store, I guess.
-Chris Griffin, Family Guy, “Mr. Griffin Goes to Washington”

I think the lesson here is, it really doesn’t matter where you’re from, as long as we’re all the same religion.
-Peter Griffin, “To Live and Die in Dixie”

Chris: Where do you think you go when you die?
Sam: I learned in church that if you’re good you go to heaven, but if you’re bad you go to a place where the dead believe they’re still livin’ and they pray for death but death won’t come.
Chris: UPN?

Peter: Holy crap, Brian, what am I going to do? Lois is gonna be home in a couple of days, and we're getting kicked outta the house tomorrow!
Brian: What do you suggest?
Peter: Get out your ring.
Brian: Peter, that's not gonna—
Peter: Come on!
Both together: WonderTwin Powers...activate!
Peter: Form of: Steam!
[pause]
Brian: Peter, we got these in a box of Frankenberry.
Mingsunchao1824, paul_olliman and 3 others like this
dalek78 You`re the best of world also why 789 is doctor who bbbbeeeesssstttt!!!!!!!!!!!!!!!!!!!!!!!!!!!!!! WOOOOOOOORRRRRRRRRRRRRRLLLLLLLLLLLLD! 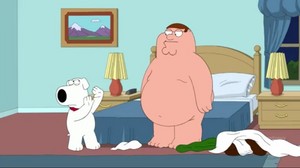 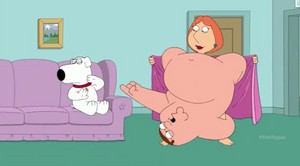 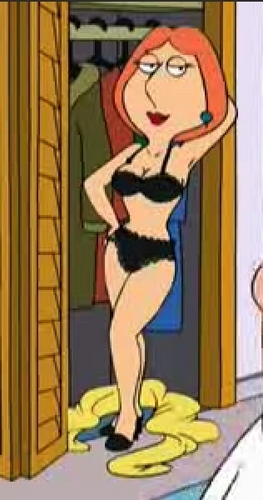 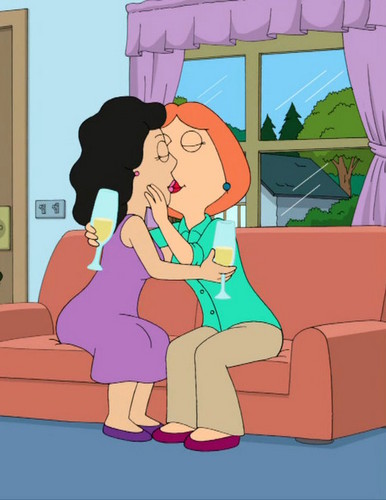 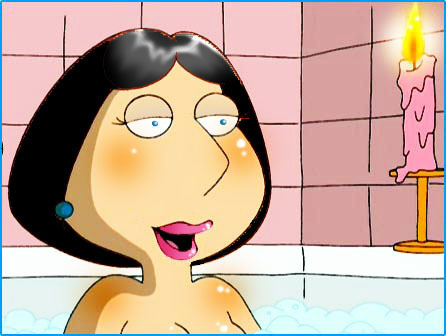 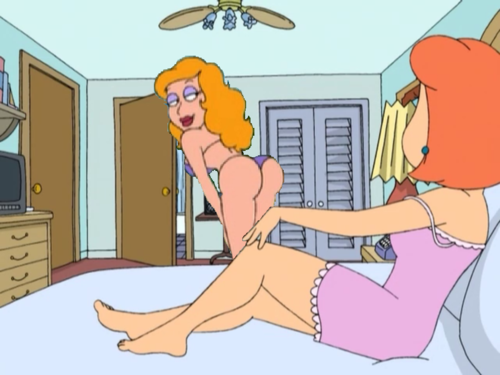 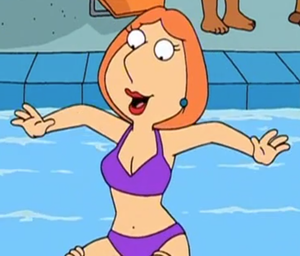 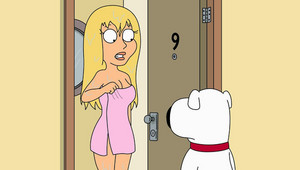 Brian and Jillian
added by SentinelPrime89

Playing with her boobs
added by SentinelPrime89

Hit me!
added by SentinelPrime89

1
Lois and Jerome
added by SentinelPrime89

Lois and Jerome
added by SentinelPrime89