51
The Unofficial Etiquette Guide to the Fanpop Answers Feature
posted by Cinders
Hello, seekers of good answers to burning questions! It has come to my attention that an official guide to using the new Answers feature is necessary in order to prevent abuse of this fabulous new fun feature.

I stumbled across fanfly's question about the link for this feature and answered the question with a list of five things I think are the most important to keep in mind. Urged by germany123 to make it into a soapbox, I present to you the Official Rules of the Fanpop Answers Feature.

1) If you know the answer to the question, don't ask. This should be fairly clear already, but answers are for questions you NEED ANSWERING, not ones that you already know and want to quiz others. In fact, believe it or not, we already have a place where you can do that! It's called the "quiz" section.

2) If you're asking an opinion, make a pick instead. I've already seen some opinion related "Answers" questions. I'm not talking about, "What's the best way to make mac and cheese" kind of opinions (those can be "Answers" questions), I'm talking, "Did you know that the actress who plays Sharon appears in two episodes after her character's death?" These are not "Answers" questions because there is no question being asked. All a fan can do is say, "Yeah, I noticed," or "No, I didn't." This is probably better served as a pick question, when there aren't multiple answers or explanations that can be employed.

3) If you don't know the answer, don't answer the question. Responding just to say, "Oooh, I was wondering that, too!" or "Oh, I don't know, but I hope you figure it out" are not helpful to the asker, or anyone else for that matter. Either add your own answer to the question, or add on to what someone has previously said.

4) If it's been said, don't be a broken record. If a question has been sufficiently answered, and you agree with that answer, instead of answering again, VOTE FOR THAT AS THE BEST ANSWER. Makes sense, doesn't it? You agree, and it probably is the best answer. Don't be a glory whore and repeat what someone's already said.

5) If you think someone has it wrong, correct them. Just because a question has been answered several times doesn't mean it's necessarily been CORRECTLY answered. Feel free to add on to other people's answers or to correct someone whose answered incorrectly. It's OK to politely say, "Actually, the film was released in June, not October." Or, "In addition to what amazondebs said, this actor can also be seen in this series of movies." People won't beat you with a stick. I promise.

So there you have it, the five main guidelines to stick to when asking questions in the Answers feature. What do you think? Do you agree? Disagree? Do you have any rules you'd like to add?
Genevievebarbie, Just_me_12 and 49 others like this
heeeresjoyce Great guide, Cinders! I'm sure this will help with the confusion. :)
DarkSarcasm *summons n00bs* REEEEAD. Great article, Carly. =)
germany123 yay..germany123 saved this to her favorites, will add it to her article- if thats okay with cinders- and will now stop speaking of herself in third person..or will she? *ponders*
IsisRain Great article, Cinders!
marissa [i]"Don't be a [b]glory whore[/b] and repeat what someone's already said."[/i] That made me giggle. Great article.
ArabellaElfie Completely off topic but germany, you changed your icon! Sorry, just had to get that off my chest. Love the article Cinders, I missed the start of the 'answers' section so I feel I am not much more informed.
fanfly Thank you so much, Cinders, for taking the time to write this! It's much appreciated. I am happy now. =) I'm sure my happiness will diminish when I realize that the people who should read this article haven't read this article. :( But now I have an article to point them to, when the time comes. And so my happiness is restored. =D
germany123 can i just say that the very lovely DarkSarcam made it for me!? isnt it grand? it refers to the [url=http://www.fanpop.com/spots/how-i-met-your-mother/articles/11342]article/rant[/url] on the himym spot. and now im off to add this to my "how do i" article...
vider69 Great article, though the question answer thing popping up in my updates continuously does do my head in a bit, something to get used to I guess.
BlueBadger Very nice article, Cinders. Your thoughts about how opinionated questions should be posted as picks should especially be gratified. Also, I DO hate when other people don't know the answer to a certain question, yet post their thoughts anyway. Stuff like that always happens on Yahoo Answers. 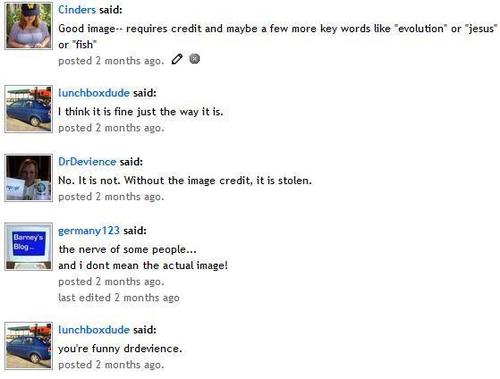 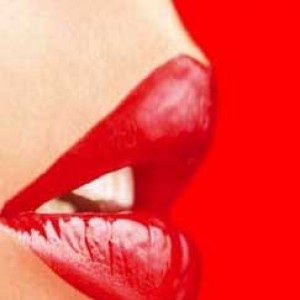 I am so sick of all the nastiness and sarcasm that goes on in Fanpop, through the forums, via fan pick questions and comments left regarding images etc.
And I'm sick of being so nice about it when there's only so much one person can take, I've almost left Fanpop on a few occasions because of 'some' peoples attitudes here and I'm over it.
I have been on Fanpop for almost a year now and I'm not nasty to people, I get on here and do my thing and contribute as much as I can, but if I cop anymore shit or see people being nasty to other people here I will report them and I'll name all of the 'nasties'...
continue reading...
6
Proper Etiquette For Fan Pick Questions
posted by vider69

I have created quiet a few spots now and I love contributions of any kind, but I am surprised at how many people will pick on 'any' fan pick question just for the sake of it even if they don't like the subject at hand.
Perfect examples of this behavior is what I have noticed not only on spots that I've created but many other spots as well, someone may put up a question such as: 'Do You Like The Movie Enchanted?' and someone will answer 'Never Seen It' or another question, say - 'Which Bambi Photo Is Your Favorite?' only for someone to come up with 'I Hate Bambi.'
It's not whether you are a fan...
continue reading...
12
Your Spot Or Not Your Spot?
posted by vider69 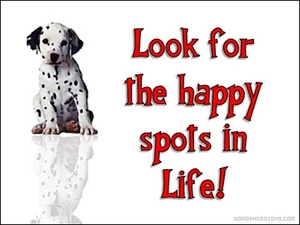 I think that this article belongs here in opposed to 'Fanpop Spots' because it is a Fanpop Etiquette issue, as well as a spot or club issue.
When you join a spot it appears in your updates as one of your spots and so do the ones you create, I've heard some people say that a spot that you created 'isn't your spot' now I know that the spots belong to Fanpop and I realize that 'most' of you would be very proud of your creations just as I am of mine.
However if you are the spot creator then 'in my opinion' the spot is yours to some degree, you create the spot, only you can change the banner, icon...
continue reading...
29
Heterosexism on Fanpop
posted by Cinders 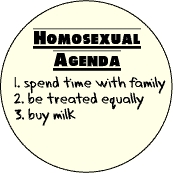 So I tried to think of a catchier title, but I figured I might as well just call it what it is. I have seen instances of (what I believe to be unintentional) heterosexism in several Fanpop picks. As evidenced by link, however, some believe it to be intentional.

Now I'm not trying to whine about wording or being politically correct. In fact, I'm not politically correct in the slightest, as anyone who knows me well enough will tell you. And this issue isn't really a big deal, I just wanted to make people aware of it and ask their opinions on it. So do you find these things odd?