77
Stop the abuse/harrassment to members
posted by Snerkie
Okay, I know I haven't been the most active lately but I really feel like the abuse and bullying between members here is a real big push back for me. Every time I come on there is some sort of bullying happening in some spot. And I will be honest and say that it IS mainly the OTH type spots.

A perfect example of this? link. These comments happened 2 or so hours before I wrote this article, not months ago so it is a relevant thing. I don't care if you think I am pin pointing anyone because both sides in bullying count, not just the initiator.

WHEN THE F**K HAVE I HATED ON ANYBODY? THEY`RE THE ONES TALKING S**T RIGHT NOW . TELLING ME TO GET OVER MYSELF BUT THEY`RE STILL TALKING S**T ABOUT ME . I`M F*****G FLATTERED AT THIS POINT . HOW WOULD THEY F*****G FEEL IF THEY HAD PEOPLE CONSTANTLY TALKING S**T ABOUT THEM BECAUSE CONTRARY TO WHAT THAT B***H THINKS, IT`S NOT THE F*****G FIRST TIME . PEOPLE START SOME S**T WITH ME EVERY F*****G DAY ."

This section of my Fanpop User Guide describes how to create a club on Fanpop, and was last substantively edited on 4 June 2013.

Covered in this article:
Determining need
Creating a club

Determining need
So, you are a fan of some topic and want to post a bunch of links for it, right? Before you create a club for it, you need to make sure that there isn't already a club that covers that territory. Duplicate clubs get reported and may eventually be removed from the site, so this is important: always perform a thorough search for your topic before you create a new club! 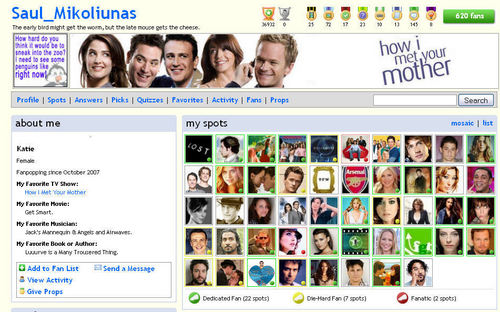 60
Profile Banner
added by Saul_Mikoliunas
Source: Myself / The Pop 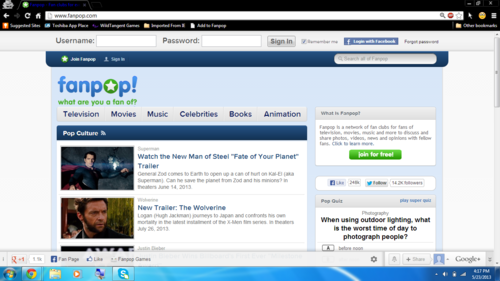 7
New Fanpop login
added by Gumball17
Source: Me and the Fanpop homepage 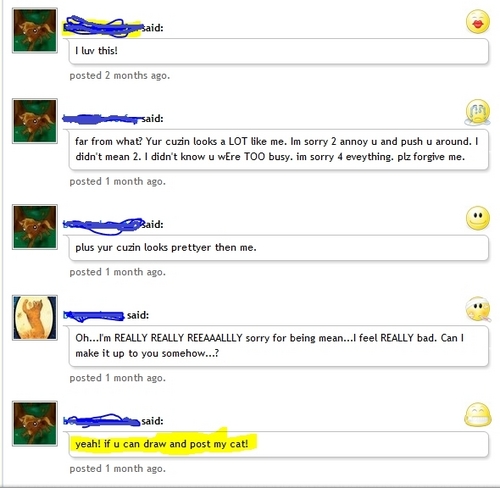 9
Oh man...
added by NaviDude
Source: the guys that did this and mwah 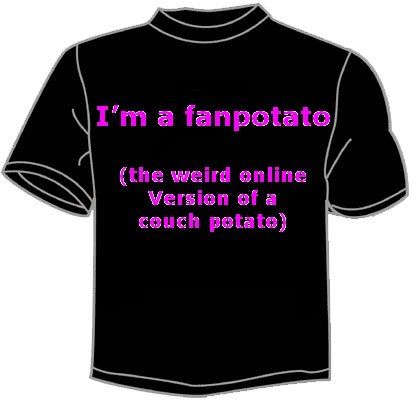 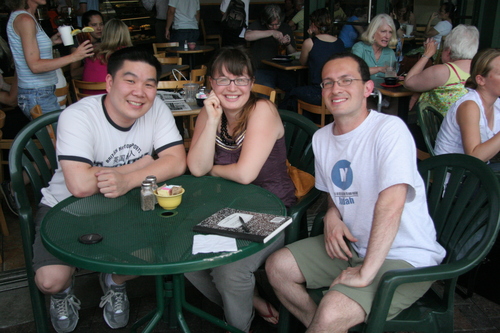 37
Meeting Cressida!
added by dave
33
How to disappear like a fart
posted by caramelmilk
or: "Basic information about removing your account"

Special thanks to link, our fanpop guinea pig. (or should I say lab rat?)

Removing your own account is a pretty new feature, many people may not be aware of it yet.
If you go to Edit Profile and scroll all the way down, you'll find:
If you'd like to remove your account, click here.

Now what does this mean?

If you delete your account, you must know that:
Your contributions will not be deleted.

Girls must be careful when looking in the mirror, the sight of their own breasts could easily aruse them which in most cases leads to a heavy masturbatory response.

Knowing this we are sincerely happy that the danger that was the breasts spot has been deleted shortly after its creation.
Our thanks go to the brave fans who have reported that inspired-by-the-devil-spot and were not stopped by the fact that no pornograhpic material was allowed over there. They were not fooled by the image of it being a nice place devoted to a pretty...
continue reading...
45
I'm Disappointed
posted by Fitch
Please don't hate me. I know I shouldn't be wasting an article space writing this. I mean many people rated tp1992's article low, but I wanted to take out my fustrations somewhere.
I just noticed today that in one of my favourite spots I am no longer number 1. I wouldn't be so bothered if it weren't for this:
Here's My Contributions:
Links- 3
Videos- 76
Images- 1172
Comments- 53
Forums- 54
Picks- 41
Quizzes- 10
Articles- 1

This person uploaded pictures 2 days ago and they have been rated over...
continue reading...
27
Stop being so cruel when it comes to RATINGS!!!
posted by Lucia322
OK guys! Today we'll talk about ratings! Many of us contribute things to Fanpop and it's great!!! Because we are working on it! We are looking for images, videos, links to help other people! But it happens a lot that some people rate it low!!! You know it sucks when you've being searching for something, contributing it and HERE YOU ARE - you see one star rating for all you did!!! I don't understsand such people. If you don't like the content DON'T rate it at all!!!! Or at least leave comments!!! Here's the example I uploaded images on spot A. I did a great job looking for them! After I was waiting so they could upload on Fanpop. And in an hour I see one star rating which means garbage!!! It is so insulting! I'm sure you guys had the same situaions. We can do nothing about it. But people, APPRECIATE other Fanpoppers. Don't visit the spots you hate, don't hurt people you hate, DON'T RATE LOW! Please, Fanpop is one and there are a lot of us so let's live in peace:)
25
The Hulu Epidemic
posted by Jonapello23
Okay, so Hulu has become a real problem recently, with misplaced videos. I know there is already an article. But I wanted to express my own views. Here are links to misplaced videos. Get the Hulu user off of Fanpop!

Okay, so there are ten links of misplaced videos. But thats nothing. Hulu has uploaded hundreds of videos, and many of them are misplaced. If you find a link to a misplaced video, put it in the comments. Maybe, just maybe, we can get rid of Hulu.
continue reading...
68
Bulk posting kills keywords
posted by Snerkie
Okay this soapbox sadly, is going to point fingers so people can learn from this. I don't like having to point fingers but it seems no one gets the message across if it isn't done.

What is bulk posting? It's when you post multiple things all at the same time. So when you do that the keywords you give are going to be the same for every single thing you post.

Why do people bulk post? Well the excuse used can be "I want to share great content with others" but really it turns more into a quantity over quality.

Why is this harming keywords? When people bulk post they only put a general amount of keywords...
continue reading...
64
Thank You! Yes You!
posted by Temptasia 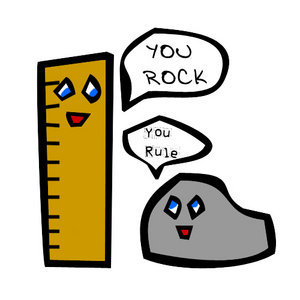 I feel like it is time that I tell you how much you all mean to me and how Fanpop has changed my life. About a year ago I became a stay-at-home mom. Which was really a blessing, however a huge stressor in my life was the fact that I had essentially no adult interaction during the day and no way of really feeling validated. I found Fanpop one day while browsing for Office episodes online. I saw the picks and it looked so fun, that I just had to join! Since then I have spent hours everyday on Fanpop. It is my outlet for all the stresses of being a young mother who is nearly solely responsible...
continue reading... 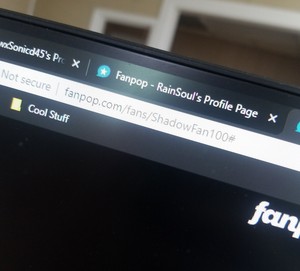 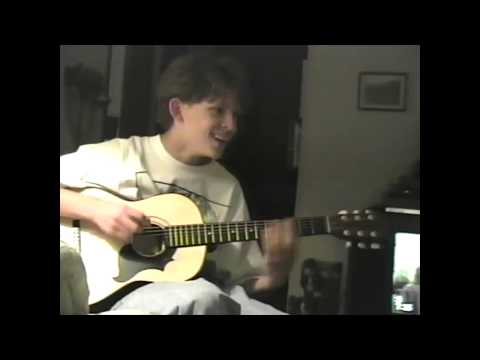 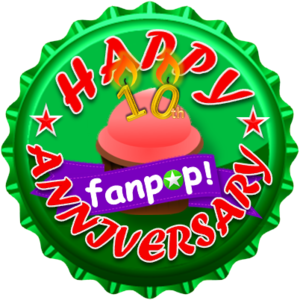 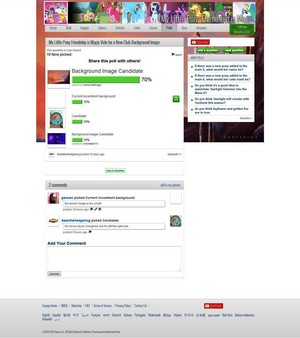 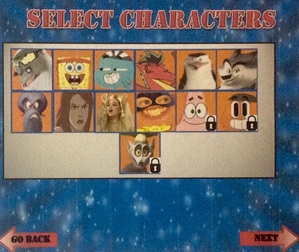