Haunting and Taunting part 3
posted by Araisel
Chapter 3: Adventure and a pair of sun glasses

" His name is Yamcha. " Mya said putting her head on his shoulder. Mya pulled out her picture of yamcha and her.

Acording to everyone trianing was so intense that it felt like they already fought the andriods. the chanlenge was everything that Mya and Tien had tought them including catching a monkey and hitting a grasshopper with a mallet. first up was Lilly on the hurtle jump. Lilly ran until her heart contended. She jumped every hurtle in 15.09 seconds! a new record for her!

Next was Hannah. She did the Monkey catch. The monkey named Bubbles started to run as...
continue reading... 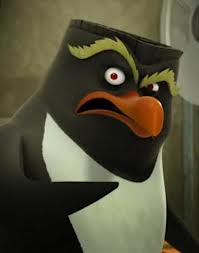 Buck Rockgut
added by Cowtails
Love Crime: Chapter 7
posted by ILUVKOWALSKI
Emma's woke up slowly, thinking about her nightmare last night. She looked around the HQ, her mind in the clouds.

I know they're never are, but I wish my nightmares were wrong sometimes, it's a right pain knowing something bad is coming. She thought, feeling exasperated. She sighed irritably and hopped out of her bunk. Ashley was already up, along with Skipper and Rico. Emma couldn't help but smile. This was probably the least crowded the HQ would be for weeks, and so she had to enjoy it while it lasted. 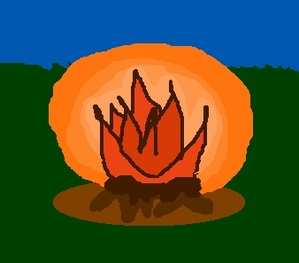 Scene 1- Camp Morning
Everyone was sleeping except Skipper. He rang the bell.
Skipper: Wake up, soldiers!
Private left the tent.
Private: Um, Skipper. We are on vacation.
Skipper: So?
Icicle: (still in tent) We don’t need to wake up at 6.00 am like normal days, Skipper.
Rina: It’s too early.
Skipper: Do you believe that our enemies are go on vacation like us? Maybe they said they won’t attack us till we go back to zoo.
Tressa quitted the tent. She wanted to say that training is good idea for start a day until she heard the last part.
Skipper: You are going to test your swimming...
continue reading...
4
Broken Daydreams - Chapter 14
posted by 1Amberpet
“Guys!” Mya yelled backing Rinn off of her. He flipper was trying to hold scythe down. Her blue hair was in her face. Her purple eyes glared at the lemur and kept trying to push her back. Rinn's strength was always the same as Mya's so it would be very hard to win for the bluenette. “There is someone else here! I can feel it!”

“I just felt it!” Mya said. She was off her guard again and Rinn slashed her right side. Some feathers fell down to the ground. Mya's hip was now bleeding a lot from the hit. She fell down and held her side. 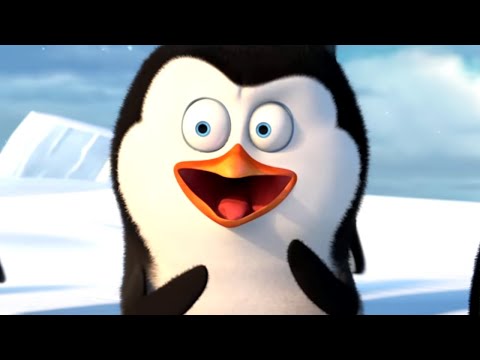 PoM Movie Trailer
added by xTorTor
Are y'all ready to see this movie? Also, aren't they sooooo cute as hatchlings???
video 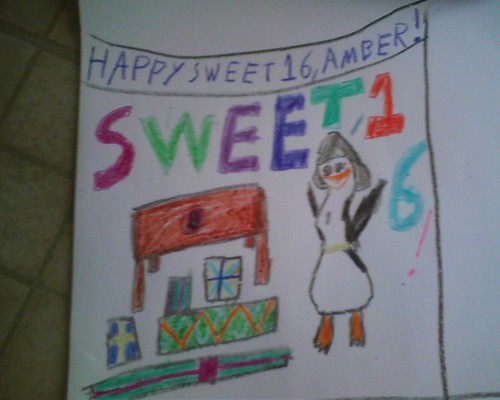 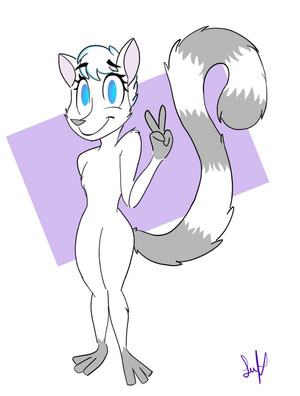 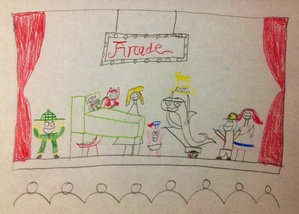 Steve wins the pinball tournament
Steve: Well folks, this really has been an amazing adventure! I got to defeat Voltaire in person, saved my neighbors' baby, and got me a girlfriend. Well, now that it's all over, let's go play some pinball!
Curtain opens revealing arcade and cast. Steve approaches Cirqus Voltaire pinball machine.
Josh: She's all yours Steve. Good luck!
Steve: Thanks Josh! (plays pinball)
Cast: C'mon Steve! You can do it! Alright! Win this game!
Steve: Alright! I got all nine marvels! Now to join the circus! Almost there! (Shoots) Yes!
Cast cheers
Machine: Welcome to the circus! We need your skills. Spell CIRQUS!
Steve:...
continue reading... 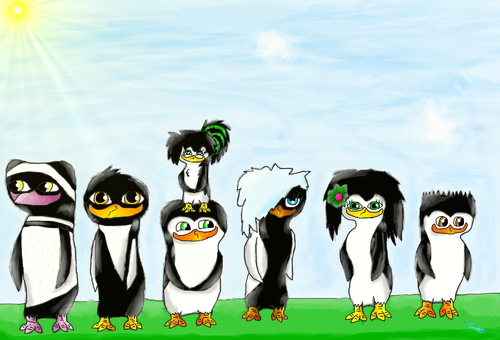 My other peguin Ocs. :P
added by ILUVKOWALSKI
Source: Me 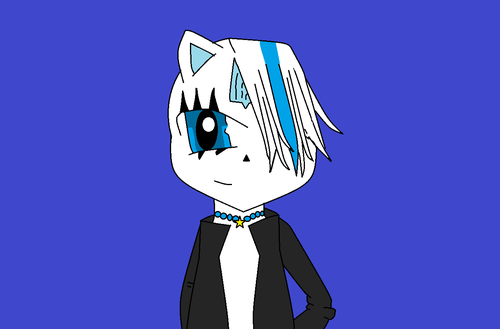 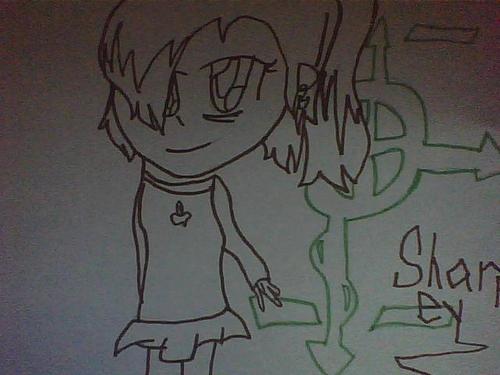 Just for fun Sharpey penguin humanized! :3
added by -Animepenguin-
Source: Me
2
Separate Ways Chapter One Humanized Fanfic
posted by Sylvia_Puffin
"Okay, that's..." the cashier paused, typing on the cash register. "Fifty-two dollars. Cash or credit?"
I dug into my purse. "Credit."
I paid, slung my shopping bag over my shoulder, and headed for the door.
I heard a clink behind me. I glanced over my shoulder, thinking something might have fallen out of my purse.
Someone bumped into me. I staggered backwards, waving my arms around, and found myself on my bottom in front of every customer and staff member in Food Lion.
"You okay?" someone asked.
At first I couldn't understand them. They had a thick accent. A German one, maybe Danish.
"You okay?"...
continue reading...
3
IMPOSSIBLE! ( a P.o.M/ Mentalist/ Bones/ Rizzoli & Isles crossover) ch. 2
posted by TheRatKing1
When Monique and Lexii woke up, they were more than a bit surprised at what happened. After all, it's not every day that you see the Penguins. ( for me it is, but that's ' cause i live with them) . It was almost funny to see them faint. I mean you could do any number of these when you meet the penguins ; freak out and run (like peacebaby7), or you could faint, or you could call yourself insane, or you could have a fangasm.

"Why have you brought us here?" asked PB.
" Simple." answered Skipper" we need you to spread the word on fanpop about not cancelling P.o.M. that, plus, we figured it'd be...
continue reading...
1
Back to Madagascar Chapter 2: Parties, Sand Wars, and Stars...
posted by Lexii23
Julien and Lexii stepped into the clearing filled with dancing lemurs. One of the lemus spotted Julien and stopped dancing. "Our King has returned!" he exclaimed. All the lemurs stopped and looked at Lexii and Julien who were still hand in hand. One lemur looked at Lexii and exclaimed, "We have a Queen!"
All the lemurs cheered and rushed toward Lexii and Julien. Lexii was trying to explain that she was not his queen but no one seemed to be listening. The lemurs picked them up and carried them to a large rock.
Julien cleared his throat and raised his hand to shush...
continue reading...
That Love You Saved
posted by PenguinTDWT
P4:Stop! Na na na! You'd better save it!
Stop, stop, stop, you'd better save it!

Private: When we played tag in grade school
You wanted to be It.
But chasing boys was just a fad
You crossed your heart you'd quit.

When we grew up you traded
Your promise for my ring
Now just like back to grade school
You're doing the same old thing!

Hopeful Fanguin Publicity
added by mostar1219
Okay, so this is a video involving the Fine Bros and at one point, they give a shout out to the fanguins (whom they've just found out about). Enjoy
video
finebros
shout out
fine time
fanguins
pom
publicity
madagascar
pom and autism 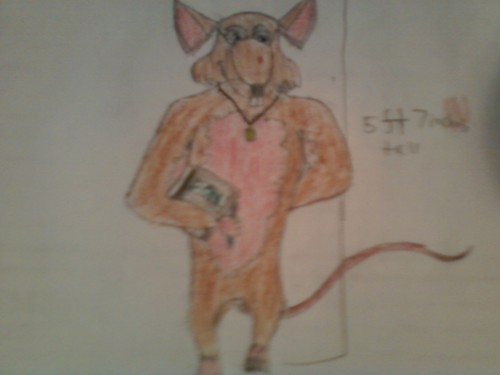 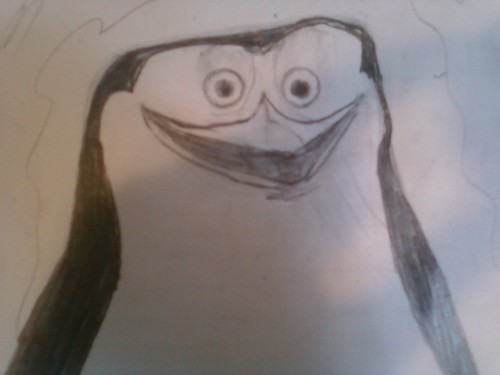