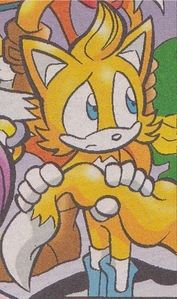 Skye Prower
Skye Prower is the son of Miles and Mina Prower, and the brother to Melody Prower. He existed in the original Mobius: 25 Years Later future and was preserved in the altered one by the efforts of his father, Miles. In the new timeline, he became a member of the Future Freedom Fighters.

Unaltered Timeline-
In the original future, Skye moved with his family to Downunda shortly before Lara-Su's Unveiling. In a flashback of the departure recalled by Sally, it is indicated that he was good friends with Manik, similar to the relationship between his father and Sonic.(StH: #138)

Five Years of Peace Celebration-
Skye accompanied his sister and parents to King Sonic's five year rule celebration. He was rather nervous about being around so many people and couldn't even say "hello" to Lara-Su when he saw her. He later sat on his father's shoulders to get a better look at the event and saw a missile heading toward King Sonic and his family, and how it was destroyed by Silver the Hedgehog. (SU: #5)

Future Freedom Fighter-
Skye and Melody were dropped off near a curb by their mother as she went to confront the Dark Presence. Lara-Su and King Sonic comforted the scared children when they found them and took them to Argyle. The Crocodile welcomed them warmly, and also revealed that he had two other guests, Jacques D'Coolette and his sister Belle D'Coolette, who along with the newcomers were candidates for a new team of Freedom Fighters. As the Future Freedom Fighters launched their first attack against Shadow, Skye defeated Dark Presence guards by running into them while flying erratically as he, Melody, and Lara-Su infiltrated Castle Mobius. Just as victory seemed in the group's grasp, they were confronted with Tikhaos, a monstrous creature unleashed by the evil former king. (SU: #6, #7)
Skye and the Future Freedom Fighters after defeating Tikhaos.
FairfieldfencerAdded by Fairfieldfencer

Skye and Melody were assigned to distract the entity by Lara-Su, while Jacques and Belle attacked it. Just as Skye hit many of the monster's arms at once, Belle saved him from the arms trying to attack him and she told him not to "over-do it" when he got dizzy. Mina then saved him and Melody and questioned as to why they were "in the middle of this". Skye and Melody then told her that they wanted to help before they went back to attack. After Sonic got a plan together, both he and Tails worked to clear a path for him. After the fight, Belle hugged Skye, to his surprise. He then got ready with the rest of the team for anything. (SU: #8)

Unlike his sister Melody, Skye is shown to be a rather shy individual, particularly in the presence of large crowds or unfamiliar situations, much like his mother in her early years. Skye gets very flustered around girls, as shown when he couldn't answer Lara-Su when she asked how he was doing. Skye also seems to have inherited a bit of his father's intelligence, but lacks the experience with computers and machines to do much about it.

Skye's shyness around Lara-Su may imply that he has a small crush on her. Belle D'Coolette possibly has a crush on him as shown when she saved Skye from Perfect Tikhaos and hugged him after the battle.

Like his father Miles, Skye can fly using his two Fox tails. He has not seemed to master this ability yet, however, as his sister Melody Prower stated, "He's still learning to fly! He can't do it like Dad does!" This can work to his advantage, however, as he can fly at high speeds while twirling in the air and can attack multiple enemies by bouncing off of them and the surrounding area. He also appears to to share his father's mechanical talent, being described as a "bashful builder". (SU: #7)

* Skye Prower is named for Tails' flight ability (flying in the sky).
* Interestingly, Skye has inherited his father's mutation of two tails.
* The sides of his face have been miscolored white in some issues.
whiteclaw likes this
whiteclaw He`s got a nice son! 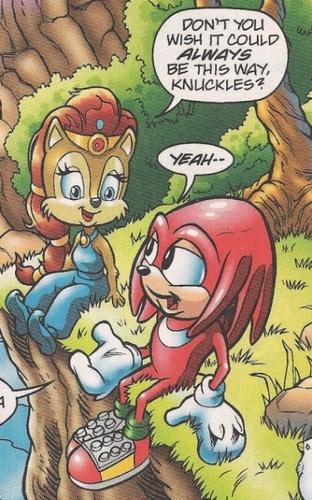 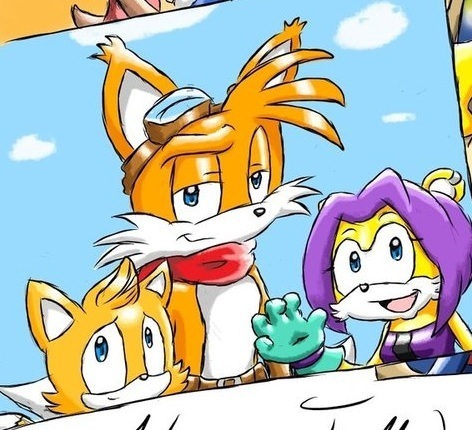 Tails and his children
added by musiclover2015
Source: by ~ViralJP 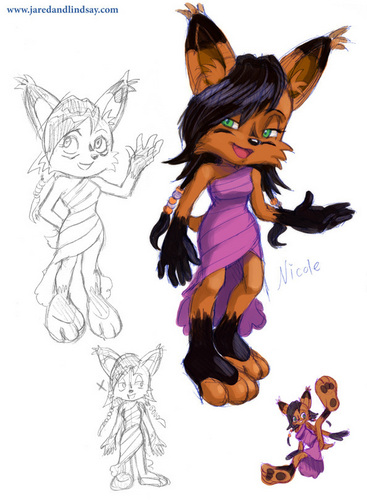 Sonic the Hedgehog - Nicole
added by musiclover2015
Source: by *lcibos 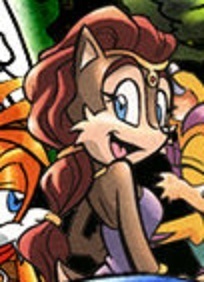 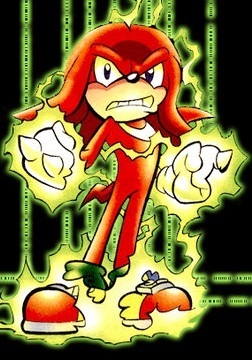 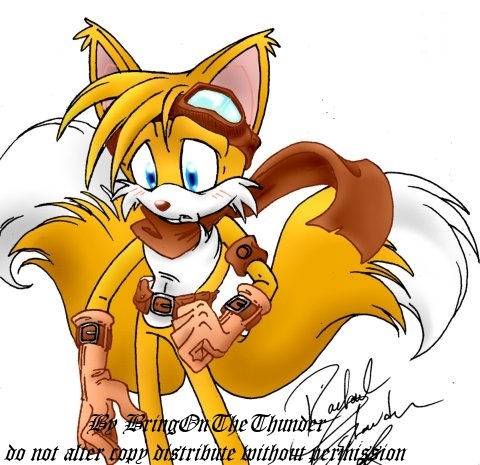 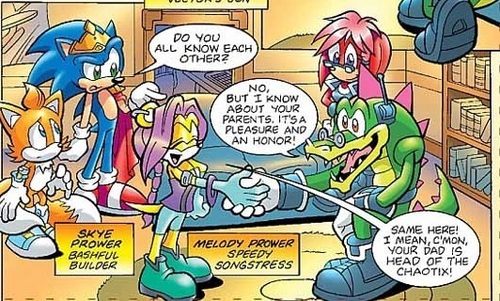 1
U all know each other?
added by musiclover2015 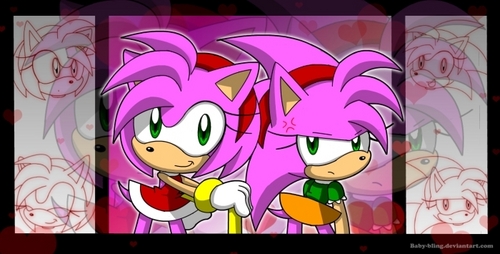 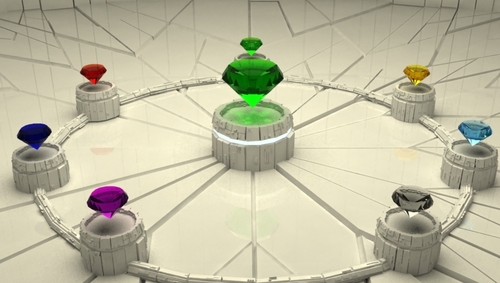 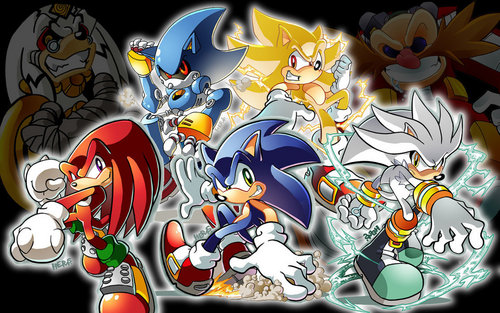 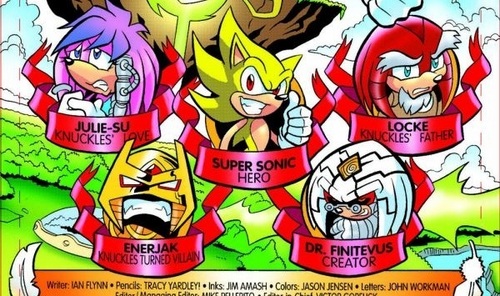 Characters of issue 184
added by musiclover2015 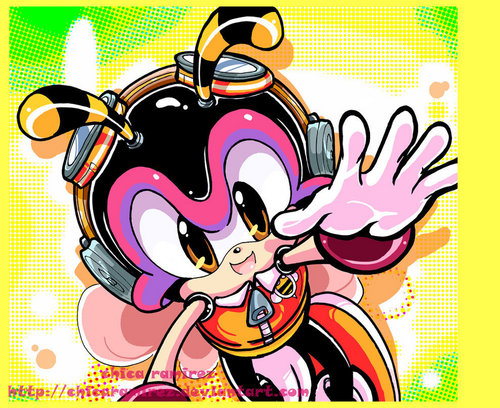 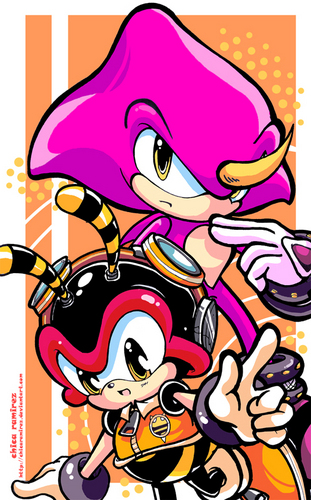 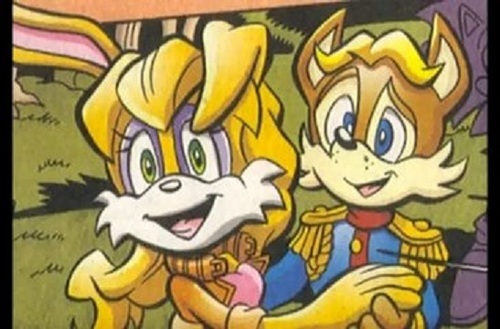 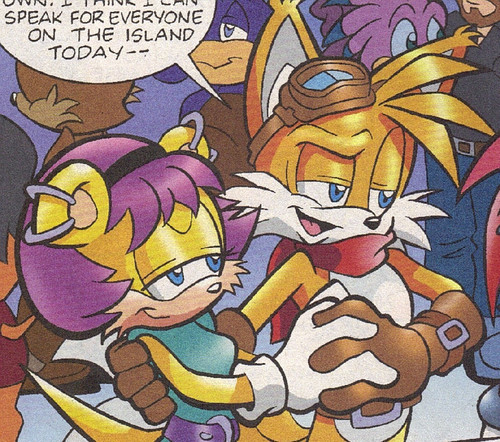 Tails and his wife, Mina (MxYL)
added by musiclover2015 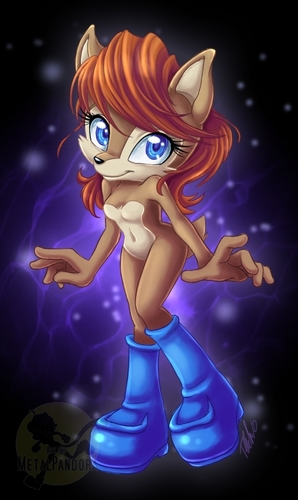 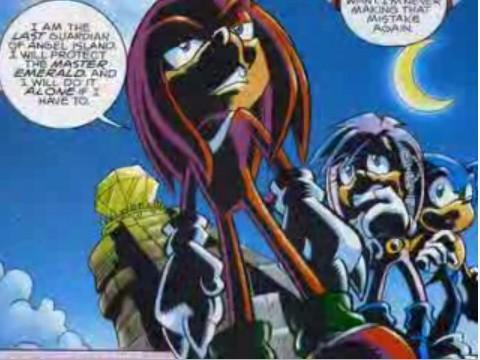