3
Finn and Rachel: From epic romance to epic failure?
posted by Costa 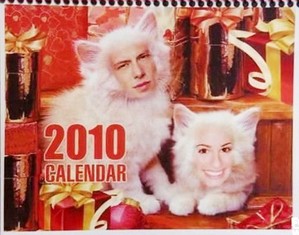 They started like a lot of teen couples on TV shows do: he is cute and popular, she is far from being on the top of the food chain; plus, he is dating the head cheerleader who is much prettier than our young ingénue. That and some cute duets and great chemistry, created a fan base that would sit every week waiting for them to finally get together. I can understand that, they were downright adorable.
So season 2 came, and all the couple’s fans were probably wondering how this epic romance would play out, especially considering the characters contrasting personalities.
Personally, I think the outcome was a big disappointment.
While Finn seemed essentially the same, Rachel got double crazy. There were no more glimpses of the girl who gave her solo to Mercedes (S01E12), told the glee club “I realized being a star didn’t make me feel as special as being your friend” (S01E05), encouraged Quinn to go back to glee (S01E06) or had self-centered but funny tirades, like “I need applause to live”.
She was basically out of character.
The reason for their break up was particularly bizarre, considering Rachel’s big revenge on the previous season was singing an angry song.
But they were broken up, and when Rachel pulled down her relationship calendar, it made me wonder why it didn’t happened sooner; after all,     she was acting like a jealous housewife on speed. And Finn wasn’t shy on saying everything he didn’t like about her, from her height to her verbosity (S02E04), clothes (S02E02), controlling ways (S02E01)… But he kept saying he loved her and the cheating left him heart broken…
So he was poor Finn until deciding he was interested on the girl who cheated on him with his best friend and lied about it blatantly. But that’s fine, that is obviously completely forgivable, duh…. If Finn had suddenly fallen in love with Mercedes it would be easier to understand.
He encourages Quinn to cheat on her current boyfriend because “that’s the thing about cheating, when you really love someone you do anything to keep them safe”. A weird choice of words for a guy who cheated on the very person he is saying that to (see S01E02).
Finn becomes extremely obnoxious (at least Rachel gets back to her old, funny annoying self), continues to alternate between nice and rude to Rachel (see S02E14) but she simply doesn’t give up on him.
I can only attribute that persistency to low self-esteem issues.
Now we are back to the same triangle from season 1. How exiting. Which means that soon Finn will be very confused about his feelings… And eventually he’ll realize his devoted love for Rachel. They’ll get back together on the last episode of season 2 and break up again on season 3.
What can I say? This storyline is better fitted for soaps (at least in a soap opera it'd be over faster...). The whole thing is a walking calamity set out to keep rolling until the show ends. Epic failure indeed.
KathyHalliwell, akerahhall and 1 other like this
ratava123 Interesting take on Finchel. But there are some flaws. First off, Rachel singing Gives you Hell wasn't really revenge. She was just angry and wanted to make sure Finn knew it. When she tried to hook up with Puck she was truly hurt and really wanted the same kind of revenge, which Rachel would get by sleeping with Puck. And Rachel wasn't "doubly crazy" when she was with Finn. Remember when they throw the competition so Sam and Quinn will win?? Rachel, again, put the team before herself. But I completly agree with you on the Fuinn reunion, I still don't understand why he forgives Quinn and not Rachel.
Costa you may be right about her "revenge", but I still think that during her relationship with Finn she was different; almost hysteric. And if you remember correctly, she lost the duet competition because it would ultimately benefit her. [i]technically you are doing this because it'll help us win nationals, which means there's something in it for you, so it doesn't really count as you doing something nice[/i] She nods to Finn and ignores what he said (Rachel:[i]So I'm just ignore what you just said and repeat what I said before[/i])
silver17 I'm hoping they keep them together this time cos i'm sick of seeing them break up all the time!! They're great together and have real chemistry.
amshafe I think Rachel was like that with Finn the first time during their relationship b/c she was insecure. She was afraid of losing everything when it seemed to all be finally coming together for her. I don't think it had anything to do with Finn, but just her own insecurities. But she's learned from her mistakes. 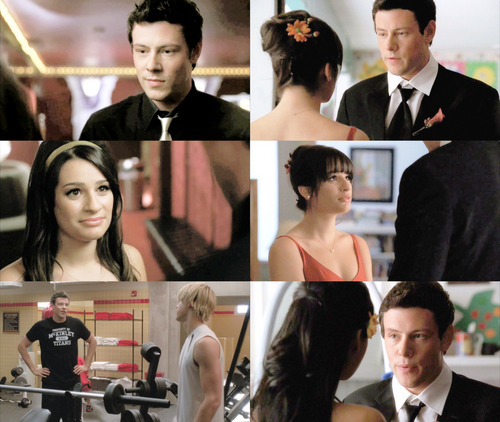 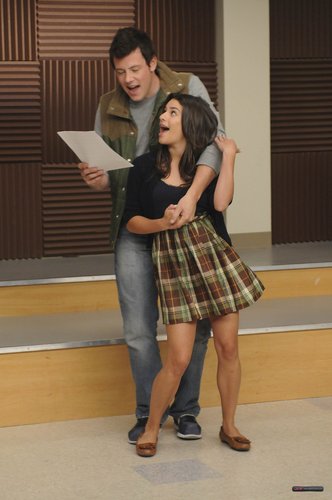 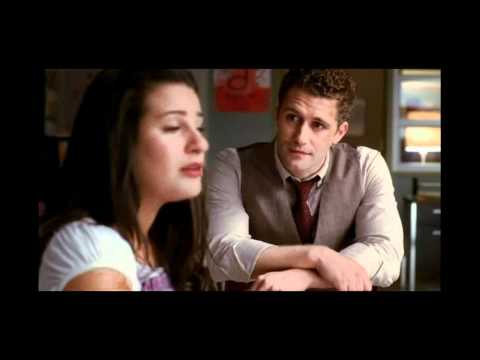 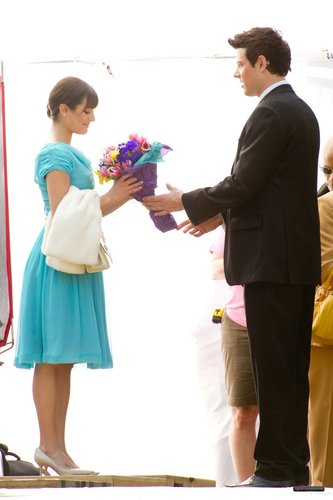 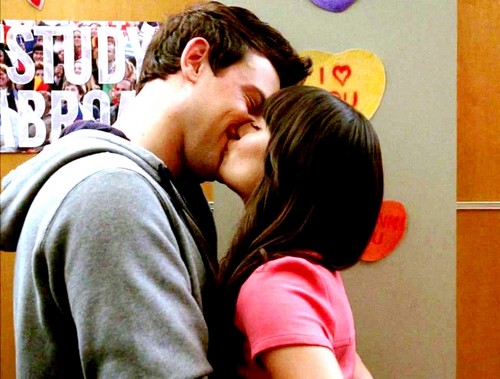 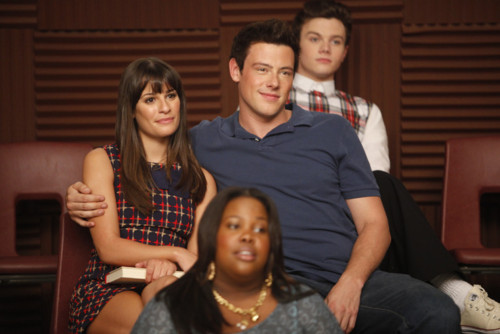 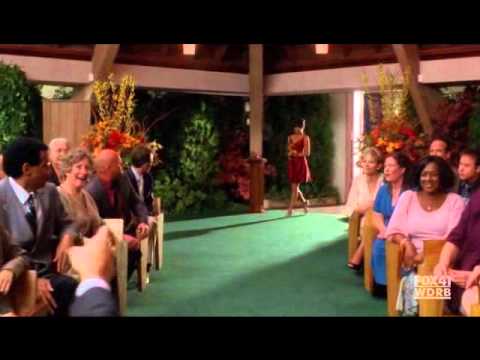 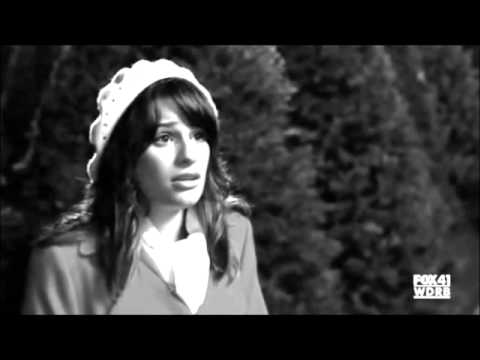 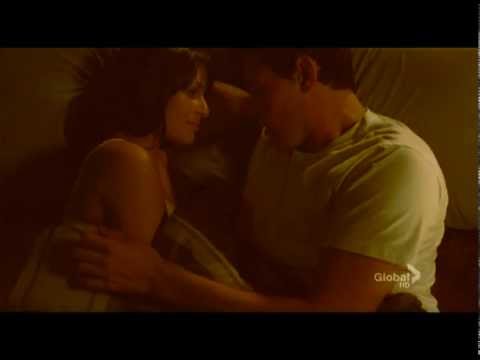 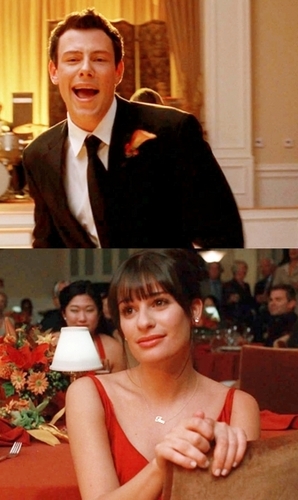 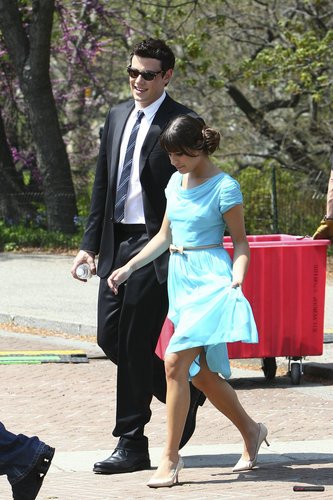 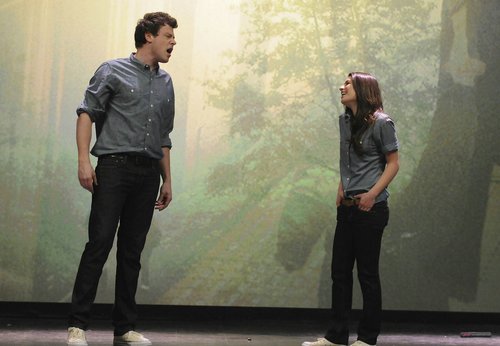 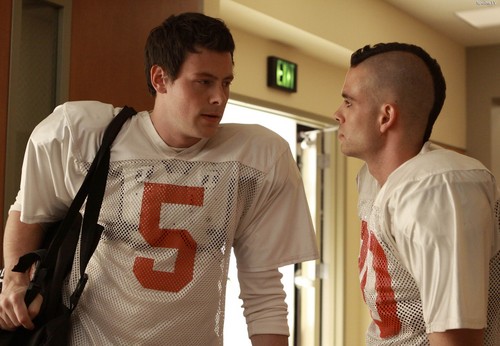 3
Rachel and Finn
added by xoxoS 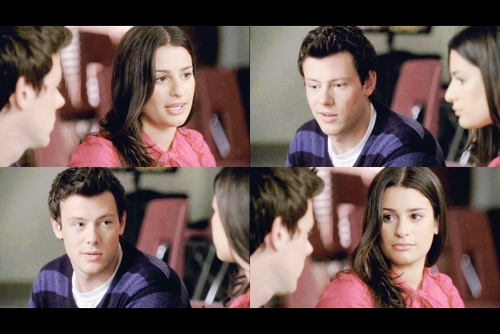