“S.” “Huh?” “A.” “What the…?” “V” “What is that?” “E” “Save?” “T” “How am I talking?” “H” “Why does everything look so… weird?” “E” “Where am I, what happened?” “M” “...Save them? Whos them?”
He had no idea where he was, or even what he was. So many questions lingered in his head, the burning one being, why did I shut down and get brought to this?
He was in a death minigame. At least, that’s what everyone else called it. Except he had no idea, because he had never experienced it before. That time when the animatronics were being tampered, everyone went into a death minigame.
He walked out of the room he was in, and walked up the hallway. He entered the main hall, to be surprised by none other than the Marionette himself. “Hey, wait up! Care to tell me what’s going on here?” The Marionette said nothing and just kept going wherever he was trying to go. He passed the show stage. “Guys, care to tell me what’s going on?” Like the Marionette, they said nothing. Bonnie continued to follow the Marionette. He was led into the prize corner and found the large gift box and-shivering- a dead child lying on the floor. Then, pixel by pixel,the world faded away.

* * *
His eyes opened to see everyone- even the Marionette and old animatronics- surrounding him. “What happened, how am I talking?” Chica quickly said, “Fritz is coming, no time to explain! Get back to the stage!” He didn’t wait a second, and just ran. Then he heard the familiar creaking of a door, and in stepped a tall man dressed in purple- today a slightly darker shade. He seemed a bit worried today, something on his expression told Bonnie that. He sat down and recorded his message. “Uh, hello hello, uh, what on earth are you doing here, didn’t you get the memo? The place is closed down, at least for a while. Someone used one of the suits- we had a spare one in the back, someone used it… Now none of them are acting right. We’re going to try to contact the original owner, I think it was something along the lines of Fredbear’s Family Diner, I don’t know. Uh, we have one more event scheduled for tomorrow, a birthday. You’ll be on dayshift, stay close to the animatronics and make sure they don’t hurt anyone. When the place eventually opens up again, I’ll probably take the night-shift myself. Good night.”
“Psst.” whispered Chica. “Follow me.”
Bonnie followed her to the Marionette’s Prize Corner, out of sight of the camera so they would not be seen. “Ok, so when you heard that scream and collapsed, that was a child’s scream. Everyone else was fine, we’re not sure why only you collapsed.”
“Wait, so why did the child scream?”
“Well, one of the children was bullying Mangle”-”Oh no”-”And Mangle got really angry, and bit the child.”
“The ENTIRE head?”
“No, just the front… After that everyone ran outside and the police came in a couple minutes later to take the child away. The guard forced everyone to stay in their places.”
He should have known that this was going to happen sooner or later.
“So what do you think this will do to us?”
“We’ll probably be shut down. For a long time.”
And then a tear, a REAL tear trickled out of her eye.
“You’re crying? But how?” Bonnie said, wiping the tear from her eye.
“Huh? I thought only living things could cry!”
“So are you- I mean, are we- alive?”
“We can’t be, Fritz killed us all when we were kids. But... what if we’re half dead, or something? Our souls couldn’t descend because his soul still exists here, we haven’t been avenged.”
“That’s it! That’s why instead of descending our souls took over these! That explains everything!..”
Chica’s eyes lit up. They had found the solution! They NEEDED to tell the others.
Then they heard the chime. 6AM, he thought. But where are the children? He didn’t hear cheering of children. Fritz walked out, slammed the door hard, and this time, nobody came in. Not even the day-shift guard. This was perfect!
Chica and Bonnie gathered everyone and yelled into the Parts and Service to get the old animatronics out-their programming prevented them from going in.
“Alright everyone!” Bonnie said, all the animatronics gathered around. “We have made an amazing discovery- the reason our souls did not descend is because Fritz is still alive and out there, so we need to kill him.”
“How do you know we’re not already dead?” Asked Freddy.
“Because, Chica shed a tear and we all know only living things can cry.”
“So are you saying we’re half dead?”
“Yep. Half-dead, Half-alive.”
“So how are we going to kill him?” Balloon Boy shouted out in his high-voice.
“An all attack. Chica, we’ll start on your mark. When you enter the hall, my Dad and the other old ones will go out. Then Freddy and I will follow mangle. Balloon boy, you and Foxy will be the first to attack on Chica’s mark. Fritz will be too busy shining the flashlight on Foxy, giving Balloon Boy a chance to get in the room. You can taunt him with your laugh. Then all the old animatronics will enter, followed by us. Got it?”
‘That’s the best plan I ever heard!” said Freddy. Bonnie’s dad nodded. He was the only one who still couldn’t talk, because he didn’t have a face. Then the rest of the day they practiced their moves, some of them just relaxed. Bonnie played his guitar, as it was (hopefully) his last day of freedom.
Soon, it was time. The sun had set, and the final battle was approaching. And fast.

Fritz walked in. It was his last night here for years. He sat down, and this time didn’t record a message. He just got straight to it. Everyone lined up in their positions, ready to run. Then, Chica left the stage. And the hallway alarm went off.
He heard creaking of a door. Foxy ran out, Chica stepped aside. Then Old Bonnie ran out, Chica and Freddy following. Then he heard annoying laughs. Balloon Boy had made it in! This was perfect. He saw Mangle dragging herself across the floor, and followed her. Soon, everyone was out.
It was time. Fritz took down the camera, and Old Bonnie was in. He threw on the mask. Then Chica came in the vent. Bonnie met up with Mangle in the right air vent. Everyone was there. He quickly wound up the music box and then-Golden Freddy appeared. Fritz didn’t know what to do.
Then he took out his knife. And Bonnie shut down.


You cant.
darkinvader and Seanmalto23 like this
Seanmalto23 Interesting story good job
Tyvin Thanks
withered-foxy32 I really loved it. I like how you used the golden freddy mode for the animatronics plan to kill the security guard. Also I like how you used the death minigame when bonnie shutdown. You did an awesome job. On a scale from 1 to 1,000,000 I say 1,000,000.
Tyvin Thank you very much withered- fox32
withered-foxy32 Will you please make a story where jeremy is the night watchman and gets to 2am and then decides to run and hide from the animatronics and makes it to 4am hiding but gets caught and stuffed into a suit. 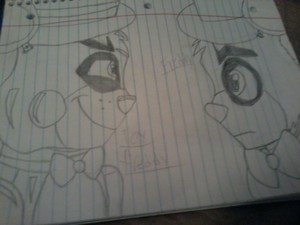 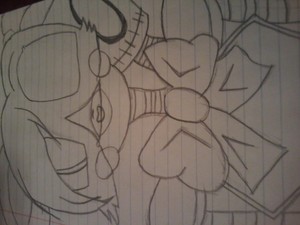 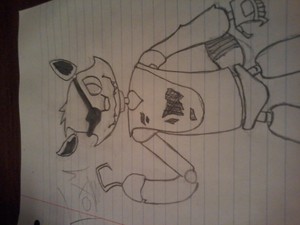 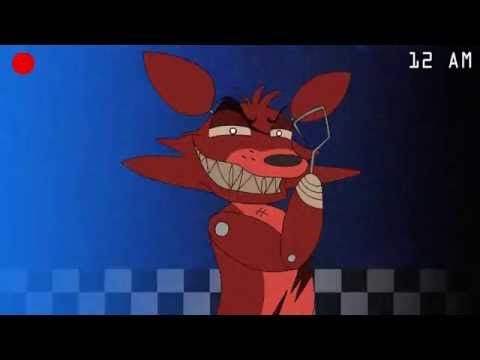 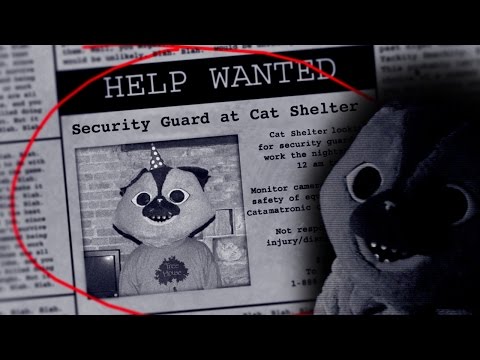 
whats your story
did an animatronic save you? 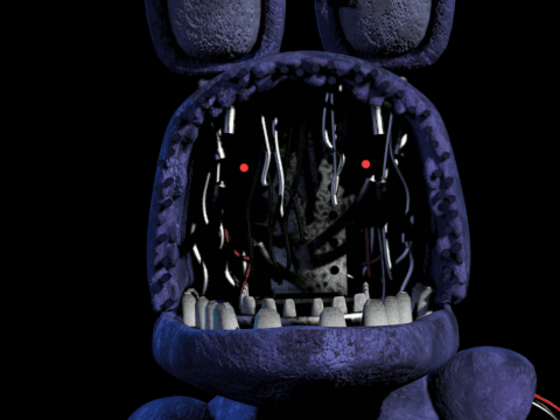 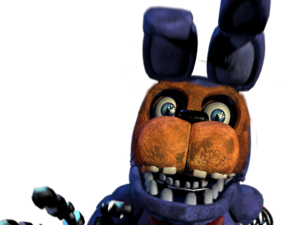 1
withered bonnie and witherd freddy mashup
added by foxyisawesome12
Source: made by rapwned from reddit 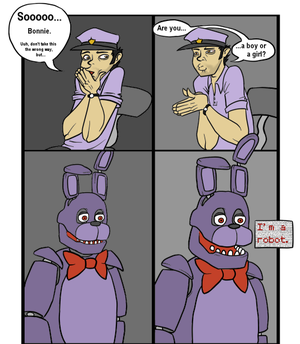 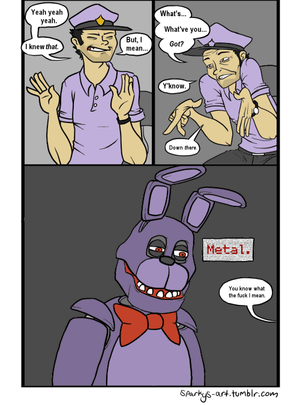 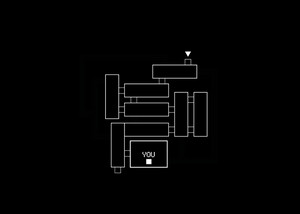 Map.jpg (I'd Presume its the fnaf 3 map)
added by SnakeManFans
Source: ScottGames
2
The Bite Of '87
posted by thetankmoment
“Foxina,” Toy Freddy, or Fred called, “You’re going to be going on stage.” Foxina rushed on stage, and called, “Ahoy, mateys! I’m Foxina!” The kids were all extremely energized and hyped on sugar. “I’d like to-OW!” Foxina turned around to see a kid holding her tail. “Excuse me,” Foxina told the kid, “But I’d like that-HEY!” One by one, the kids started tearing her apart.

“Well, the day’s over,” Fred called to the others. Foxina was sprawled out on the stage, with her shoulder parrot, Polly, skinned. “OH, MY FEATHERS,” Polly cried, “MY BEAUTIFUL FEATHERS!...
continue reading...
4
Challenge-Read this without bursting into FEELS
posted by thetankmoment
January 10, 2015.

What a memorable day that was.

It was a normal day at Freddy Fazbear's Pizza, January 9, 2015. At first. Until the night, but that was still nothing out of the ordinary…was it? Oh, no, not the night shift, I mean the animatronics. The toy models were in their normal place, but they were in sleep mode, I guess. Toy Freddy, or Fred, and Toy Bonnie, or Bon Bon, were having good dreams. And Toy Chica?

Toy Chica, or Chickadee, was having one of the worst nightmares possible, for her at least. It was almost like a projection on a screen. Chickadee was in love with the night guard,...
continue reading... 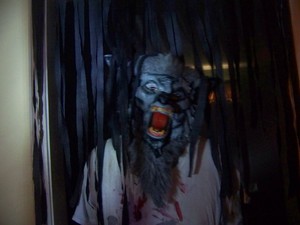 my scary suit
added by Rockowolf123
Source: me 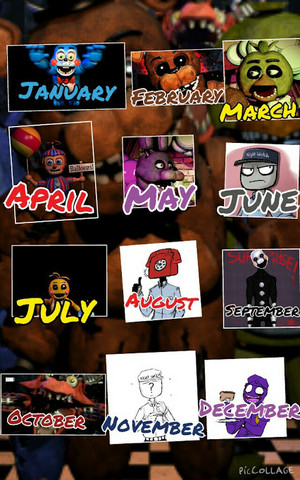 2
Whats yours
added by Tyvin 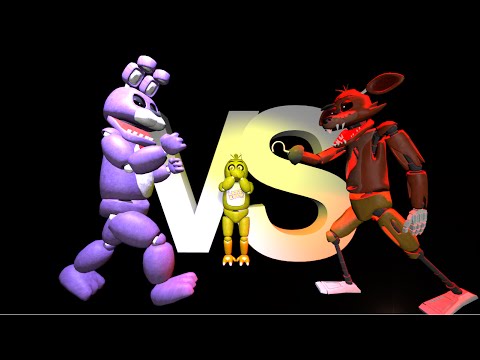 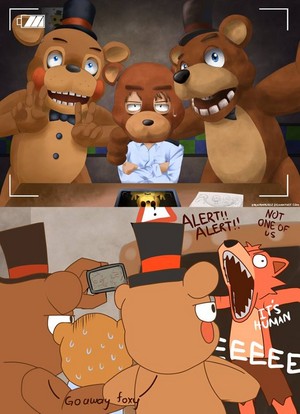 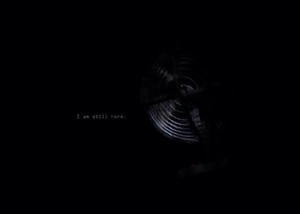