Connecting the Pieces (My Complete Theory)
posted by zutaradragon
Ok, so I've been working this out for about a week now and I think I might be on to something. Can you hear me out, and maybe fill in any gaps I didn't see? Please think about it...it may exlain the whole timeline...naturally it also means it's quite long...

So, let's go back to the Nightmare Foxy teaser where we can see the 87 in his eye. I believe this was to represent the brother, not Foxy. The brother is the one who caused the bite, after all, and he wore the Foxy mask. This is the simple part, the next part is a bit harder but I just realized the connections and put them together.

I believe Purple Guy is most likely the father and probably a higher up in the company. This would explain the robot and the purple fan in the kid's room. The brother may very well be Phone Guy. We only know a few things about Phone Guy, one being he loves Foxy and the other being he knows quite a bit about the bite. We know that the brother loves Foxy as well and also was there (and caused) the bite of 87. This idea is validated by both the phone toy in the room and the easter egg phone guy call from the 1st game in the background.

Obviously the mini games in the 4th game go back to 87. If you remember in the 2nd game on the 6th night Phone Guy says the next day is a birthday party, therefore saying that the mini games for the 4th game happen about that time as well. He also says there were rumors about the previous location, which coincide with what the little girl says in the mini game. This means Phone Guy (The brother) was working before this happened, which wouldn't be hard if Purple Guy is, indeed, a manager. If this is the case, it could explain why Purple Guy started killing as well. He wanted revenge for his youngest sons and, later, his oldest.

You may be wondering why I said sons as a plural? Well what if, and bare with me on this one, the 1st victim was his youngest son and became the FredBear plush and later Golden Freddy? You may think that's quite a leap but let me explain. In the 4th game the child is wearing a black shirt with white stripes. Who else do we know who has those colors? This would also explain WHY he's afraid of the place. He KNOWS kids have been killed there before. It would explain the 4 doors in the Plush Trap game as well. 1 for father (Purple Guy), one for the older brother (Phone Guy), 1 for the kid we play as (Marionette), and 1 for a kid who's already died (Golden Freddy). I don't think Purple Guy started killing until AFTER his 1st son was killed, and I actually think the 1st victim was Golden Freddy, not Marionette. I am rather sure the child we play as is Marionette. Why? Because if my thoughts are right the 1st son was killed and took over the plushy, followed by the animatronic later. This is why the plush FredBear is able to speak and follow you around. Also recall in the mini games in the 3rd game the crying Marionette in the background of the glitched world and how they are posed exactly the same way as the kid fading away at the end of night 6 in the 4th game. Purple Guy started killing out of grief, wanting others to know his pain and perhaps get the place shut down. It's possible that Purple Guy may even be the owner. He covers the murders up because he doesn't want them glaringly obvious but he wants the rumors to become enough for the place to get shut down. This is far less likely, though. On a side note, the youngest child may have been a girl which would explain the slightly girlish room in the mini game. However it's just as likely this is a guest room. I'll be going with son because that's still unknown information.

The "children" he killed were the teens who cause the bite, except his son which he refuses to believe was involved. It's possible he killed others as well I suppose but the main ones were the teens. They ended up in the animatronics of the 90s location/The 1st game and this is why they wanted to kill Phone Guy. They wanted revenge on their death. The reason the children block Purple Guy from leaving the "Safe Room" is because he looks kind of similar to the actual killer AKA Pink Guy.

If this is the case, how does it connect to the 3rd game you may wonder? Well, if you recall in the 2nd game it said someone was tampering with the animatronics. I believe that was the Pink Guy. Pink Guy was the 1st murderer, he started all this when he killed Golden Freddy, the 1st child and Purple Guy's youngest son. It was thought before that maybe we were playing as Pink Guy in the 3rd game, but he's simply be to old by that time. I believe we're playing not as him but as his son or some close relative. Purple Guy would want to kill him if, indeed, he killed his 1st son and he tampered with the animatronics (causing is 2nd son's death). I know most think they were working together but I don't think that's the case, Pink Guy is just to dopey. We know Purple Guy to be in Spring Trap in the 3rd game, but he doesn't really...attack. He just looks surprised. I believe that he thought it was Pink Guy working as well (because a close relative will often look similar). The reason he looks surprised is because when he gets closer he realizes it's not him, which is why he doesn't attack, he just sorda...stares...It also explains why Marionette is the only phantom that doesn't jump scare you, he just stares as well because he knows it's not him. It was the FredBear/Spring Freddy suit used on the night before the birthday party, not Spring Bonnie/Spring Trap...not yet. It was Pink guy who killed the 1st children in that establishment, I think Purple Guy was killing in the next establishment, but he'd have no reason to yet. His 1st son was killed outside and his 2nd son was yet to be bitten.

I also think Spring Trap killed him on purpose. It was no accident the locks went off (this is discussed more in the poem I wrote). We see in the 4th game he obviously knows how the suits work, as he's helping the other guy put it on. This being the case, it seems weird they'd go off unless Spring Trap wanted them too. This would explain why he's so frightened of the ghosts AND why he goes in to Spring Trap in the 1st place. There were surely safer places to hide, but if he recognized it as his son and he knew his son to be afraid of the animatronics he thought he could hide inside it. The reason I think Spring Trap did it is because if Marionette truly is his son he wouldn't want to kill him. Think about it, when you 1st start that game you have no idea what you're doing. Perhaps he only wanted to know why, you know? Question his father about it...but Spring Trap was sick of being used for this and so he snapped shut. It also explains why Phone Guy said it was being blocked up after. He had become a high-up at that point as was probably his father's right hand. After his father was killed he was given the position and then gave orders to block off the room because obviously he wouldn't want to see that place anymore. Marionette, meanwhile, felt bad for essentially getting his father killed so he kept bringing him back over and over and over not realizing how much pain he was in (remember this is a little kid we're dealing with). When his older brother was killed in the 1st game he was probably put into Foxy, which is why Foxy and the brother share some similar traits. The character we play as in the 4th game dying on the 2nd-3rd day of the 1st would also coincide with Phone Guy dying on the 4th day. Blinded by rage he attacked him, temporarily forgetting it was his brother. Feeling guilty he then put him in Foxy.

I think the FredBear plush was working as the temporary vessel for the youngest brother, who was keeping an eye on his family. This is why he's able to promise to put his older brother back together at the end. Well then what about the "Give Cake" minigame showing the 1st murder, you ask? Marionette's jump scare would imply it was him being killed, but what if it only implies someone close to him? This would also explain the "Give Gifts, Give Life" mini game with the 5th child and the Golden Freddy jump scare. If Golden Freddy and FredBear are both the same character then the 5th child wouldn't need the gift because he already has it. He was already alive for it. In fact, you spawn right in the exact spot he appears which may show the connection between the 2 of them is stronger then originally thought.

How was Marionette able to move in the 2nd game, then? Well, perhaps originally Golden Freddy/FredBear was working as the puppeteer, as the Golden Freddy suit isn't seen in the establishment outside of probable hallucinations. After the bite he was in a coma, so how does that work? Well any fan of Supernatural knows in a coma it's believed your spirit travels around outside your body. It's probable his spirit took control of Marionette while he was in the coma and after his body died his spirit simply stopped returning to the body and stayed in Marionette. 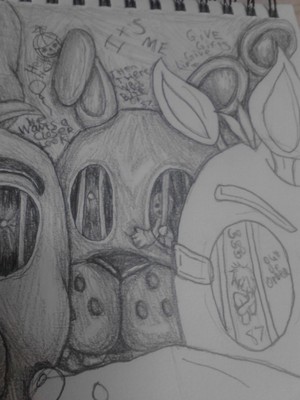 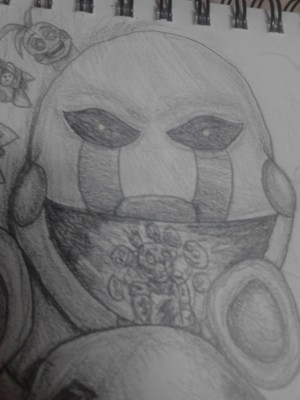 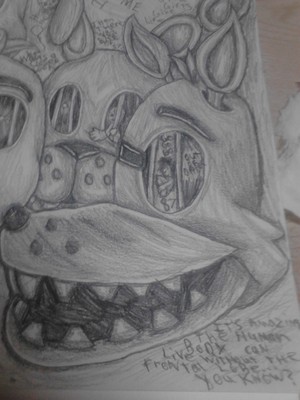 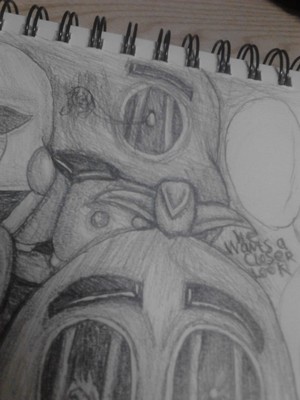 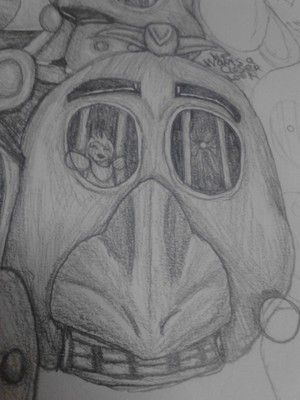 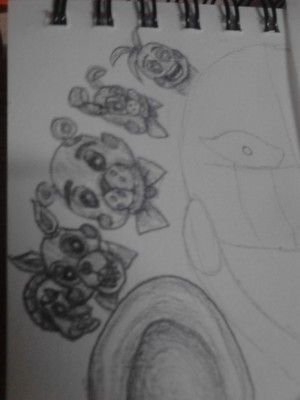 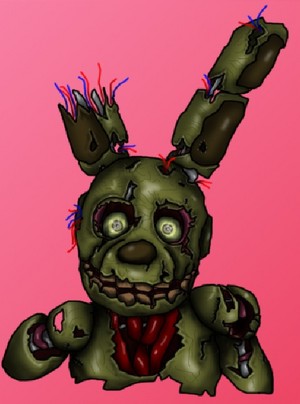 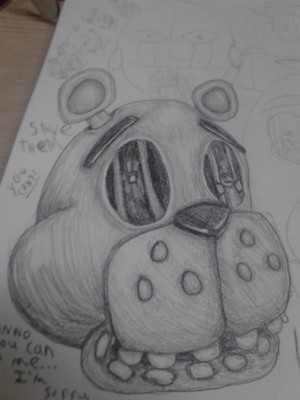 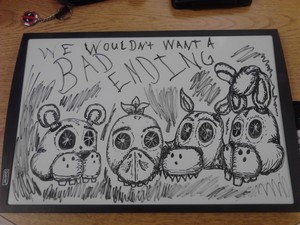 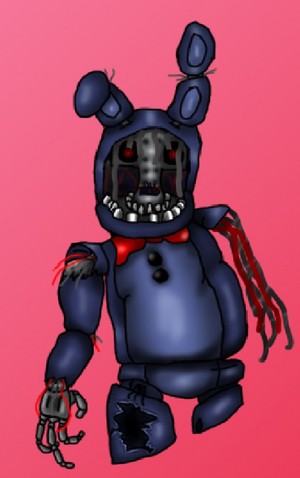 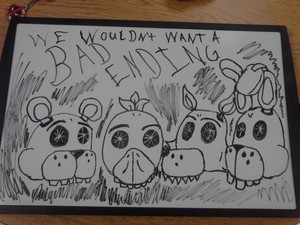 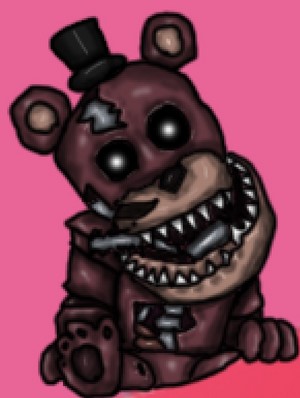 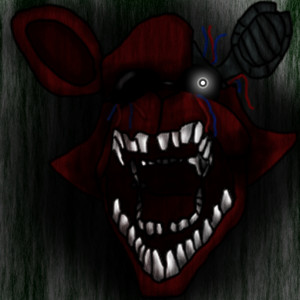 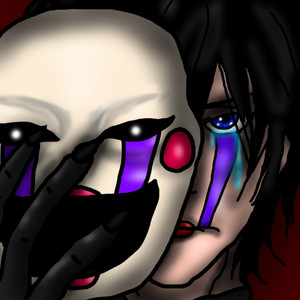 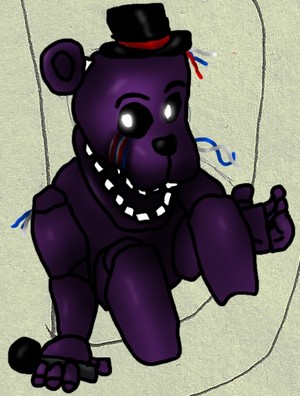 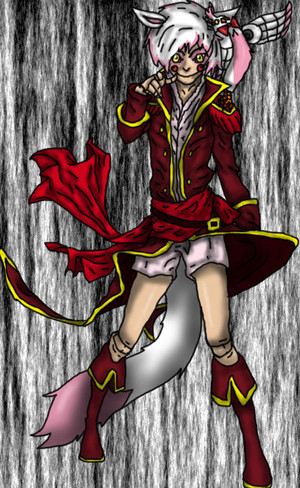 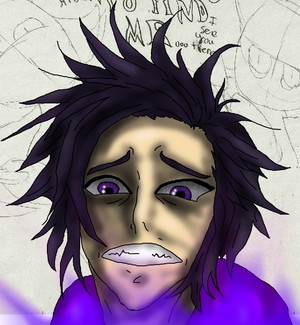