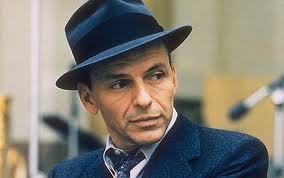 Rodeo Drive in Beverly Hills. Bijan, Prada, Gucci, Versace, Armani, Chanel — they’re all here. Where I live we have a Dollar Store, a Jiffy Lube and a Vietnamese nail salon.

Nothing on Rodeo is cheap. Not even the air. There’s a shop where people actually pay to breathe oxygen with a little "good-stinkum" added for twenty bucks a pop. Hell, I’ll walk behind you and spray some floral-scented Glade over your head for half that.

It was Shelby's birthday and we were looking for something fun to do together on my limited budget. We figured Rodeo is a great place to people watch and get your ha-ha's on. Then, while strolling around, she proposed an idea. "Wanna role-play?”

That got my attention, as did the semi-erection I felt as I fantasized various scenarios. Maybe I could walk in on her in a dressing room as a stranger while she’s trying on clothes and ravage her – we’d roll on the ground behind the curtain and make wild animal love. Our howls of passion would be the envy of anyone within earshot!

Well, that was my take. Hers was a bit different.

She thought we could have fun making believe we were English royalty, cousins to Prince William and Kate Middleton and we were shopping for their baby shower. I guess that proves one person’s fun is another person’s… shopping.

So, we two "royals" were off to make a princely purchase. Truthfully, I was about as comfortable going into these pricey boutiques as Al Capone would have been going into a church confessional. But to make Shelby happy, I put on my "stiff upper-crust lip” and we entered Bijan – one of the most expensive stores in the area.

It’s so exclusive you need an appointment to enter. As "royalty" we got right in. I couldn't help but notice that all the salespeople looked like they stepped off the covers of "Beautiful People" magazines.

"Were these sales people hired or cast?” I asked Shelby as she bee-lined to a rack of designer cocktail dresses. She held one up to herself, admiringly.

"Don’t you think this would be so delicious at Kate’s baby shower? I know my cousin, Prince Willy, would love it.” Shelby intentionally spoke loud enough to be overheard and with a hint of a British accent. I kind of liked that… This role playing thing might be amusing after all.

Before I could answer, there were two sales people swarming us… Shelby’s performance had gotten their attention. They were on us like a starving hobo on a sirloin steak.

"Can we help you?" "Perhaps the lady would like to try this on?” They then turned to me, "And while you’re waiting, cappuccino, for the gentleman?”

Is this how the rich shop, I asked myself? At the electronics store where I work, you’re lucky if we can offer you a cart to put your stuff in that has wheels that don’t wobble.

Within minutes, I had my "cap" and Shelby was returning from the changing area. She looked stunning. "What do you think?” she inquired. I snapped a picture of her with my phone; she looking nothing short of amazing. I immediately shared it on Facebook with the caption, "Heading for Royal Outing.”

I quickly became "gob smacked” (still in my British character) when the sales girl boasted, "And it's on sale, only $2,400."

But what threw me even more was the boldness of the comments coming from another customer. "Wow-ee wow wow. That chick’s some barn-burner. She’s a real gasser, Pally. Yours?”

I turned around to see who was yacking like some gangster from the '50s or '60s… All he was missing was, "she’s some cool cat.”

"I can really dig that tomato!” the stranger continued.

Shelby was still standing there, waiting for an answer. "Well?”

"You're Sinatra," I muttered, surprised at the sight of the deceased crooner.

Shelby was confused, thinking I was talking to her. "What?"

Quickly, I stammered, "Ah, you're s'not tra... trying to tell me anyone could look more beautiful or royal. Not even Cousin Willie's Lady Kate."

She loved this and the attention she was getting from her sales attendant. While she disappeared to try on something else , I turned back to Sinatra who was nursing a drink… It had ice in it and was in a glass, so I knew it wasn't coffee. "You drink alcohol this early?”

"It’s booze, Baby. Liquor may be man's worst enemy, but what's it the bible says, 'love your enemy'?"

Smooth as that Scotch he was nursing -- and a bible quoting man to boot. I was impressed. "Still, it’s kind of early,” I remarked as I looked at my watch.

"Consider the options before you go blowing on another man’s dice -- feel sorry for the people who don't drink. When they wake up in the morning, that's as good as they're going to feel all day."

Ol’ Blue Eyes sized me up, and then shared a bit of his worldly, or in his case, otherworldly advice. "Ya gotta love livin', cuz dyin's a pain in the ass, Pally!

"It’s Kyle. And I have to tell you that I saw a History Channel show about you and the rest of the Rat Pack. You guys were too much."

"I’ll tell you what’s 'too much’… going from Rat Pack to rat snack. Hell, crossing over to the other side ain't no clam-bake. Listen up, Pally, you only go around once, but if you play your cards right, once is enough.”

But all those crazy things you did. I mean isn't that what "My Way” is all about?

If you could do things my way, you'd be me... And the only problem with that is I'm taking a well-publicized dirt nap. Stick with what you got... Live a little. And from what I can make out, you're not doing too shabby with that hot tomato, you got there. That broad’s a real ring-a-ding. You gonna peel off some greenbacks and buy your skirt that dress?”

"And I went from Chairman of the Board to stiff as a board. Ain't life a peach? Chew on this, you don’t have to go broke pleasing no dame. Not that I didn't try that with Ava.

"No, Ava Crumbholtz. Course, Gardner. Damn, she broke my heart when she left me. That dame put me on the midnight train to Endsville, dig it? Splittin’ ain't easy, Pally.”

"Croaksville’s more like it if Shelby left me. That’s why I've got to figure out something special for her birthday. She turned 25 today,” I revealed.

"Lemme guess, you still haven't gotten her a gift?"

"I was thinking of taking her to Las Vegas.

He looked at me and readjusted his hat to its familiar cocked angle, "Las Vegas is the only place I know where money really talks – and all it says is ‘Goodbye.’ You can do better than that.”

I was waiting, hoping maybe Frank, the great crooner, would cough up some sweet suggestion for his "Pally.”

"You looking for some advice?” Off my nod, he continued, "I'm supposed to have a Ph. D. on the subject of chicks. Truth is, I've flunked more often than not. I'm very fond of the dames. But like all men, I don't understand them for shit."

My disappointment must have shown on my face. "I was hoping for something a little more positive.”

"You want positive, Pally, choose a Nelson Riddle arrangement. You want real life, listen to Ol’ Blue Eyes, here. Remember this; you can’t go wrong treating a lady like a dame and a dame like a lady.”

"Then you’re saying I should buy Shelby that dress?”

After a moment of contemplation, The Voice shrugged, "I’m just saying chicks may be a puzzle, but you gotta like the way the parts fit. A man doesn't know what happiness is until he's married. And unless you make the right choice, and treat 'em right --give 'em what they want -- by then it's too late.”

Shelby returned from the dressing room wearing her regular clothes. She handed the cocktail dress back to the saleswoman who asked "Do you wish to purchase it?”

Before she could muster a "No,” "Yes,” came my response. Sinatra tipped his fedora as Shelby looked at me, shocked.

The salesgirl beamed and looked to Shelby. "Oh, you are the luckiest woman to have a guy like this. Would you like me to show you something else?"

"No, this one will be just fine,” came Shelby’s dumbfounded reply.

As I opened my wallet for my credit card, I was hoping my limit could handle it. The saleswoman smiled as it went through. Phewww.

Armed with a double-shot of cockiness courtesy of Ol’ Blue Eyes, I announced to the salesclerk, "Besides, today is the Duchess’s birthday, and I couldn't just buy her a 'bumbershoot' now, could I?”

Then I leaned in and kissed her cheek. At the same time I whispered, "We can always return it Monday. You can wear it when we get back to my place and I can have the pleasure of peeling it off you tonight.”

Shelby made me smile when she responded, "It's that kind of thinking that will surely move you up from the third Earl of Worcester to the first."

Our little role-playing game was coming to a close for now and we actually did have fun. Frank held up his drink and with a nod, "You got class, Pally. A real player.”

Shelby took her "gift” and as we started out, I passed Sinatra. He told me with a wry smile, "Take my advice, Pally. Enjoy yourselves, and remember this -- what has two broken legs and floats face down in the river? Anyone who don't take my advice.” He buttoned it with his lifted cocktail glass, ice cubes clinking.

I chuckled, and Shelby asked what was so funny. I just told her I was thinking that as much fun as we were having now, we'd be having even more later.”

She confessed our adventure was the best birthday present she ever got, then gave me a kiss.

This big-leaguer was splittin’ on the next train to Funsville – me and my hot tomato. As Frank would say, we were in the groove... "And That's Life!" 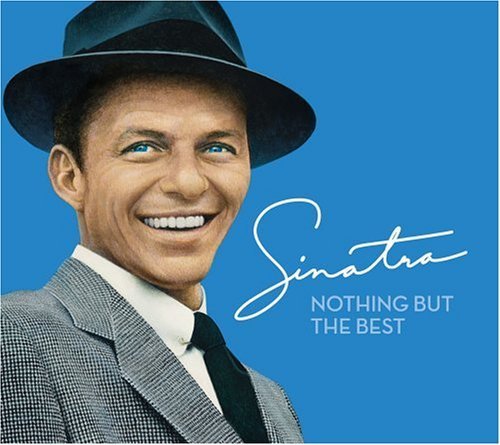 1
Frank Sinatra Album, Nothing But the Best
added by IsisRain
Source: www.maxalbums.com 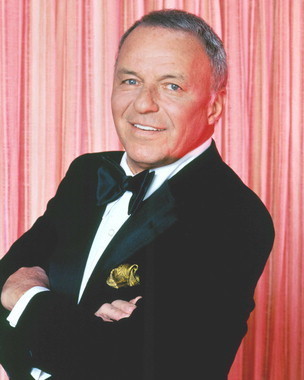 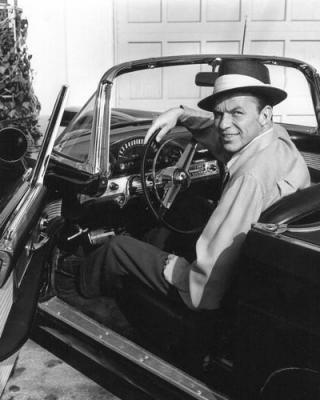 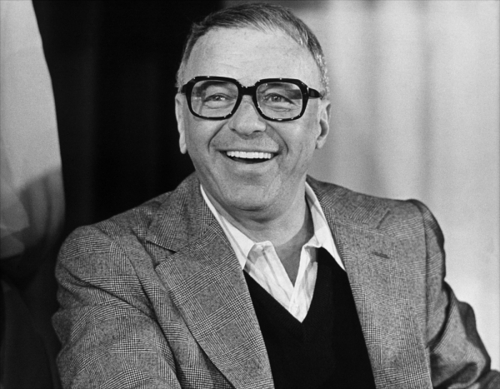 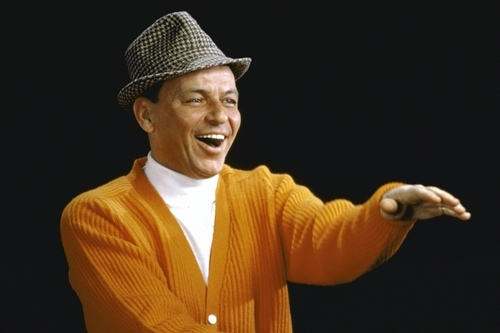 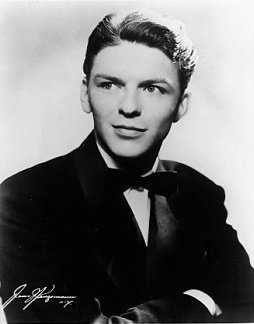 2
Frank Sinatra at the Beginning of his Career
added by IsisRain
Source: Howard Frank Archives 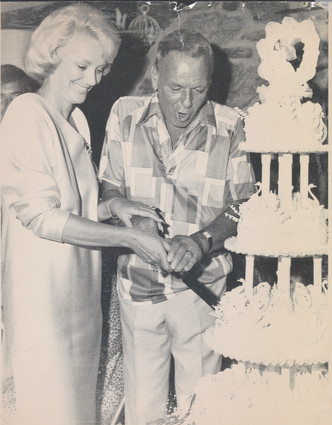 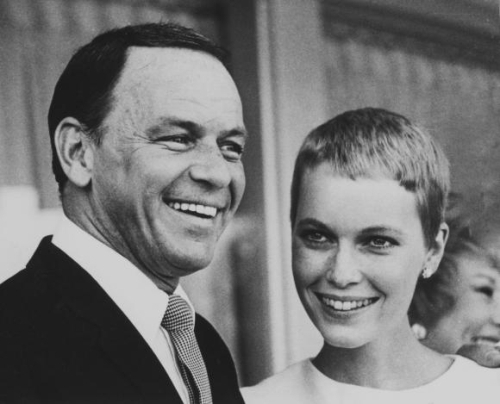 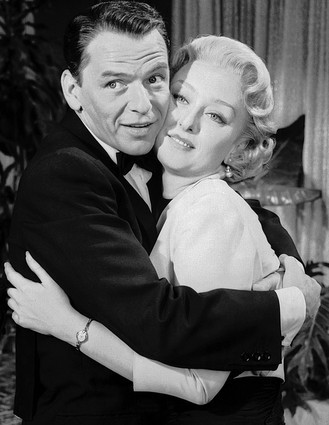 1
Frank in The Tender Trap
added by IsisRain
Source: MGM 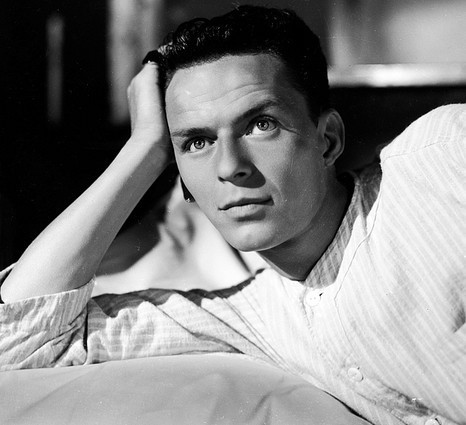 1
Frank in It Happened in Brooklyn
added by IsisRain
Source: MGM 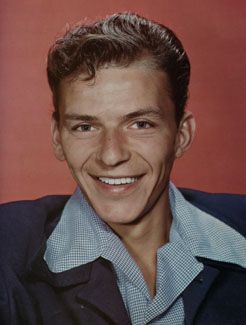 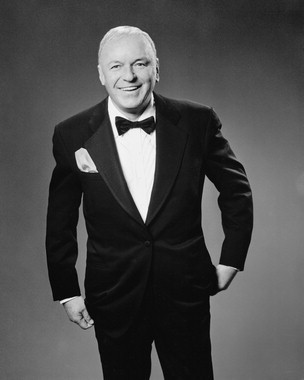 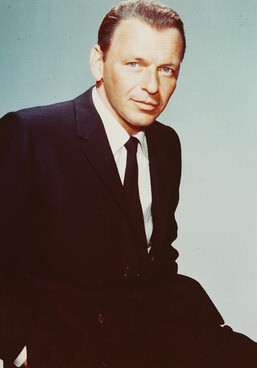 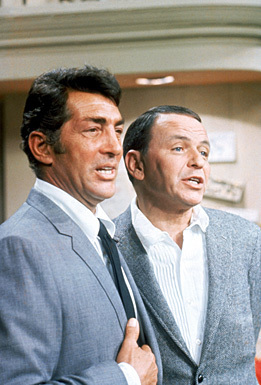 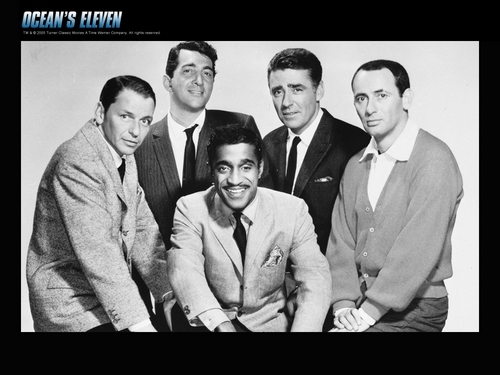 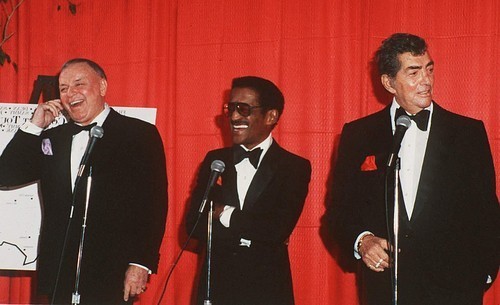 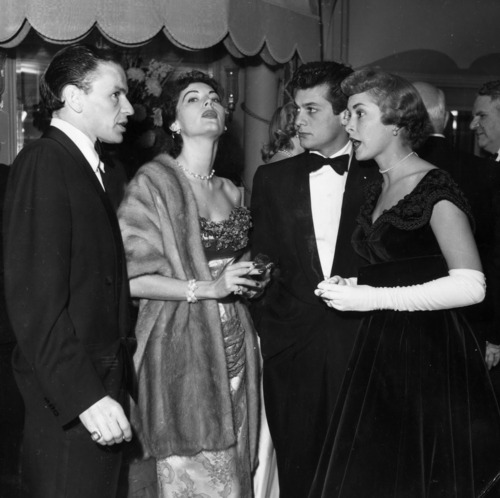 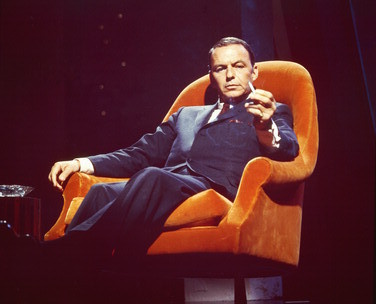