My name is Ignatius MacFarland, and I am a Frequenaut.

Hmm. I guess it looks sort of weird to see it written down that way. I don’t mean it’s weird to see my name written down. I mean the word Frequenaut. It almost looks like it’s French. It’s not, though. At least not that I know of.

It’s pronounced freek-when-naught and it’s based on the word frequency. The naut part is the same as it is in astronaut, even though I don’t really know what naut means. It’s not like I’m some super smart kid or anything like that. I’m pretty average, as my report cards would be more than happy to tell you. I got so many Cs one year that my dad started calling me Ignatius C. It was supposed to be funny in a dad sort of way, but it didn’t make me laugh. But that didn’t stop him from saying, “Hey, there, Ignatius C!” whenever he came home from work. I knew he said it to make me realize that I should have been doing better in school, but I still wish he’d have just called me by my real name.

I guess my name does look as weird as the word frequenaut when it’s written down. But only to you. Not to me. Not anymore, at least.

See, I’ve been called Ignatius all my life. But only by my mom and dad. And my mom usually only says it when she gets mad. If I used to forget to take out the garbage or polish my dad’s shoes (which was one of my main chores in the house from when I was five years old — “Can’t have your dad walking a used to say as she handed me the stinky can of shoe polish and my dad’s even stinkier shoes), my mom would yell from the other side of the house, “IGNATIUS MACFARLAND! HOW MANY TIMES DO I HAVE TO TELL YOU TO . . .” blah blah blah. Most other people call me Iggy. Iggy or Ig-nats. I really don’t like when people call me Ignats, though, because it sounds kinda funny and people usually laugh when they hear it.

However, I’d have been more than happy to have had the kids at school call me Ignats because what they really used to call me was way worse than that. I’ll tell you what they really called me if you promise never to call me it, too. I mean, now that I’m a Frequenaut and all, and since I’ve saved the entire human race and more and had so many adventures since the last time the kids at school saw me, there’s no real reason for you to use this stupid name anyway, unless you’re just trying to be mean. Seems like most of the kids in my school liked to be mean. You know, now I sorta wish I hadn’t even brought this whole name thing up. But since I have, I’ll just tell you what they called me and assume that you’ll promise to never let the words come out of your mouth.

Pretty stupid, huh? And the stupidest part of it is that it doesn’t even make sense.

First of all, I’m skinny. Too skinny, my grandma always said. She was constantly accusing my mom of not feeding me enough, but that’s not true. I’ve always eaten lots of stuff. I just have what they call a high metabolism. It means that my body uses up tons of food because I’ve got a lot of nervous energy to burn it off. It’s sort of like I’m one of those huge SUVs that get about ten miles to the gallon. I keep putting in the fuel and it keeps burning up before it has time to make me heavier. My dad used to say that I get bad mileage. He’s a real funny guy. (And if you heard me say so, you’d know I was being a smart aleck because I’d say it like this: “He’s a reeeeeeeal funny guy.”)

So because I’m skinny, it didn’t even make sense that they called me Piggy, other than it sounds like an insult and it rhymes with Iggy. What a clever bunch of kids they were at my school. (Sarcasm again. Tons of it.)

And MacFartland is really annoying, too. It’s not like I used to fart in class or anything. I don’t think I’d ever farted in front of anybody at my school. Well, there was this one time in fourth grade when I was at my desk working on a spelling test and I was concentrating real hard. When I concentrate I really tense up all my muscles — my leg muscles, my arm muscles, my stomach muscles. And I guess I tightened up my stomach muscles too much because the next thing I knew, a fart came out of me. And it was a loud one, too.

Fortunately, right when it happened, Lisa Seawell did this huge sneeze right behind me. It was such an enormous, nose-emptying sneeze that she blew snot all over her test. I mean, like, a gigantic pile of it. Seriously. And everybody in the classroom started laughing. At first, I thought they were laughing because of my fart but then I turned around and saw Lisa looking down at her test with the massive green mess in the middle of it and a long string of snot running from the paper up to her nose.

When I looked over at my friend Ivan sitting next to me, he pointed at Lisa and started laughing even harder, and so I knew that my fart had gone undetected. I felt bad that Lisa had to have her terrible snot incident just so that I could be spared the embarrassment of my super loud fart, but since that big snotty sneeze was inside her anyway, it was a good thing it came out right then.

But you know what? You know what everybody at school called Lisa after that? Well, they didn’t call her Snotty or Boogers or Sneezy or Ha-Choo or even Gesundheit. They called her Lisa. Not even Sneeza or something nose-related that rhymes with Lisa.

They just called her Lisa.

And yet they called me Piggy and there’s nothing about me that even remotely looks like a pig, and they called me MacFartland even though nobody’d ever heard me fart.

That’s the kind of stupid school I went to.

And it’s sort of what led me to become a Frequenaut.

See, the thing is, even though I had a good home and my parents were basically really nice, I’d always felt out of place. In my house, in my school, in the world, in life in general. I know that a lot of people feel that way but I really felt it. It was like I was dropped on Earth by aliens or something when I was a baby but it just so happened that the aliens who left me looked exactly like human beings. So when I started growing up, nobody could tell I was an alien because I looked normal.

First of all, my nose is too big for my face. And so are my ears. Just like my arms are too long for my body. They practically hang down to my knees, and whenever I walk around the corner of a building or hallway, I usually hit my hand or wrist against it.

Once my grandma bought me a watch and the first day I wore it to school, I walked out of the cafeteria and smashed my wrist into the edge of the doorway. The glass popped off the front of the watch and its insides fell out onto the floor and rolled all over the place. I was so embarrassed that I just kept walking, hoping that nobody saw me. But they did. They always did. No matter how many things I did right during the day, the only time people were looking at me was when I did something stupid. And that time the person who saw me was Frank Gutenkunitz, the kid who, for some reason that I still can’t figure out, hated me.

And so that night, when I was sitting up on the roof of my garage with my telescope, which I did every night, I was looking even harder than normal for UFOs. It was my favorite thing in the world to do, even though I’d never actually seen one.

I knew a few other kids who looked for UFOs, too, like my friend Gary, but he did it because he wanted to get a picture of one so that he could become famous for being the kid who took the world’s first goodpicture of a UFO. (There’s tons of crappy pictures of UFOs that are all out of focus and look like paper plates that somebody threw past the camera, which is what they usually turn out to be anyway.) But that’s not why I spent so much time up on my roof looking for aliens.

No, I was looking for spaceships so that I could get one to stop, pick me up, and get me outta there.

Maybe it was just because I felt like an alien anyway, or maybe it was because I thought it’d be more fun to be on another planet than to be called Piggy MacFartland every day. I just know that I figured things would have to be better in outer space, and especially on a spaceship with super smart aliens who wouldn’t make fun of me.

They’d be so advanced in their intelligence that they would have changed all their mean people into nice people and would have gotten rid of things that made them un-happy and all their rulers would be good and fair and they wouldn’t have to sit around and complain about politics all the time like my dad and uncle always did. I just knew that if I could get the aliens to stop and pick me up, my life would be a whole lot better.

That’s what I thought back then.

For more, check out Ignatius MacFarland at your nearest bookstore or online bookseller and visit the link
rockandroll89 and IsisRain like this 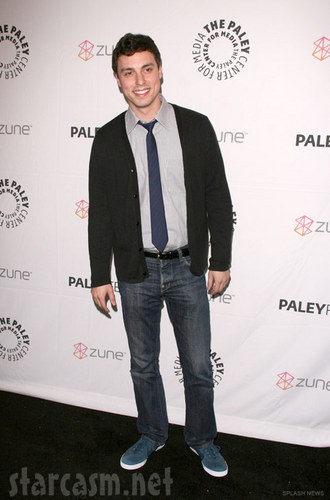 4
Freaks and Geeks: Episode 6
added by lemming
I'm with the Band
video
full episode
episode 6
i'm with the band 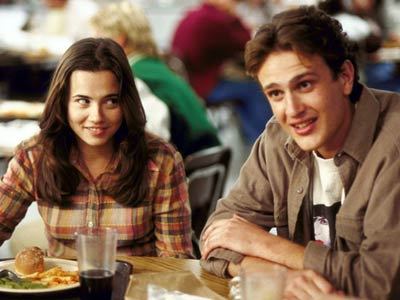 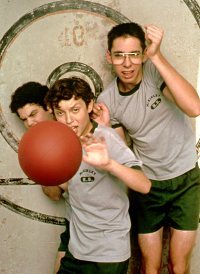 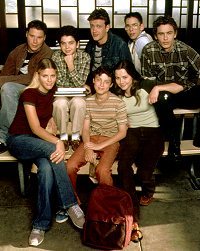 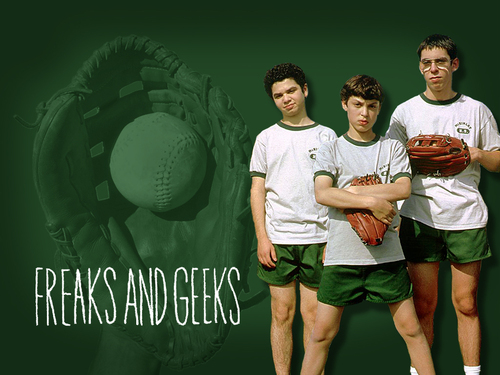 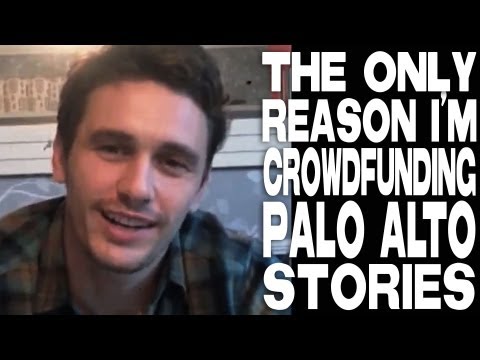 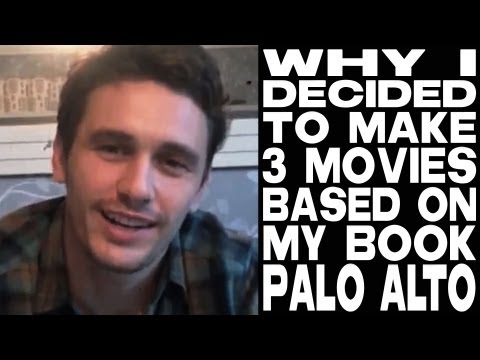 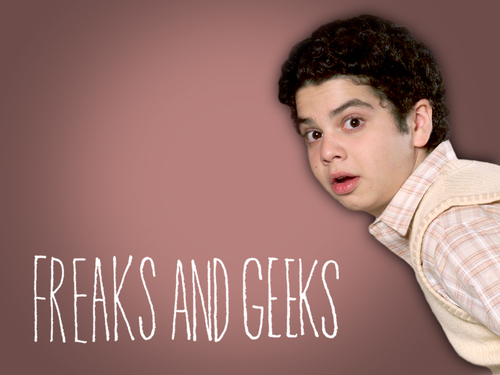