This is a compilation of spots/clubs related to Freaks and Geeks. F&G had so many amazing guest stars, I'm sure I've left someone out - if you find a spot that's not here or create a new one, please leave a comment and I'll add it to the list. =) 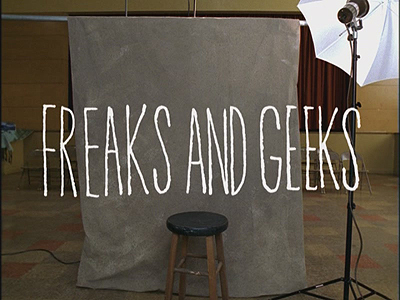 Seddie4Ever, misanthrope86 and 3 others like this
smoore23 Are there any shipping spots?
DarkSarcasm Not that I could find.
ilovebilliejoe @smoore23- there is now a Daniel/Kim spot if you are interested.
smoore23 Dasm, just fyi - the Jason Schwartzman link appears to be broken.
DarkSarcasm Thanks, smoore - it's fixed, also added Linda's spot. =)
smoore23 You're welcome and thanks for updating it!
ilovebilliejoe Thank you for posting my club!

3
The Prank Call
added by mod_or_rocker
Coach Fredericks is a bit miffed when he receives prank phone calls, so he asks his students to read the call aloud to find the culprit. Added to youtube by SparksySparksAlot
video
freaks and geeks
season 1
bill
sam
neal
coach fredericks
prank call

I only heard about Freaks and Geeks a few months ago and decided to watch as i saw it had actors i liked in it like Seth Rogen and James Franco. I must of not heard about the show when it was actually on as i was around the age of seven.

When i started to watch the episodes on youtube i thought it was an awesome show and i didn't know how i hadn't heard of it before. When i got to the eighteenth episode i went to search for more, but i found out that the show got cancelled!

I was disappointed, i felt like i had only just got into the show.
Apparently it had low ratings and i don't know how it did, it was a great show and it must of been a much better show to watch around the time it was aired than it would be to watch now.

This show didn't deserve to get cancelled, right?