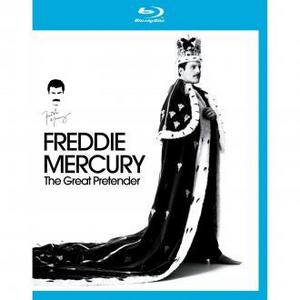 “There's another unseen interview from 1985 filmed on set of 'I Was Born To Love You'. Very funny, Freddie tells us how Queen were in a lift when they found out they were no.1 with Bohemian Rhapsody, jumped for joy and the lift stopped. 'We thought we'd all suffocate in the damned lift.'

Eagle Rock Entertainment are proud to announce the release on 24 September 2012 of the Freddie Mercury DVD and Blu-ray, “The Great Pretender” [Cat Nos EREDV949 and ERBRD5163 respectively].

Created by the same team behind last year’s widely acclaimed “Queen: Days of Our Lives” BBC documentary, “The Great Pretender” in similar vein presents a compelling insight into its subject matter, unearthing previously undiscovered or rarely seen footage and presented for the first time in Hi Definition.

Produced and directed by Rhys Thomas, life-long Queen fan and expert (to the extent that Rhys famously broke the Mastermind all time record points score with a specialist subject of Queen), Rhys has this time turned his attention to the Freddie archive, going back as early as 1976 in search of vintage gems which reveal more than ever before the inside story of Freddie’s life and career and the solo projects he worked on outside of Queen.

The extensive archive footage is drawn from rare interviews with Freddie, concerts, video shoots and personal material, much of it being seen for the first time, along with newly filmed contributions from fellow Queen members Brian May and Roger Taylor, Queen manager Jim Beach, soprano Montserrat Caballé, composers David Arnold and Mike Moran, lyricist Tim Rice, comedian and lifelong fan Matt Lucas and many more.

From it emerges a portrait of a man who was very different to his flamboyant onstage public persona.

Among the treasures to be anticipated, “The Great Pretender” includes for the first time ever Freddie and Rod Stewart singing their demo for “Take Another Piece of My Heart”, an unreleased song from 1984, a snippet of the unreleased Michael Jackson / Freddie Mercury collaboration “There Must Be More To Life Than This”, and Freddie with the Royal Ballet 1979 – never seen in full before.

Rhys, whose extensive scouting for lost material turned up a copy of the band’s first TV appearance among the belongings of late comedian Dick Emery, brings to the light Freddie’s earliest filmed interview from 1976 unearthed in Australia and another unseen interview from 1976 filmed by NBC in the USA.

Rhys also found 10 cans of Freddie’s 39th Black and White birthday party in Mrs Henderson’s nightclub in Munich in 1985. Originally filmed for the video for “Living On My Own” and promptly banned by Freddie’s record company because of its cross-dressing theme, there’s much to be enjoyed in watching Freddie and his friends go full out in their efforts to help Freddie celebrate his last birthday before turning 40.

On top of this, “The Great Pretender” has a feast of outtakes from the video shoots for “I Want To Break Free”, “One Vision”, “Days of Our Lives”, “I Want It All”, “A Kind Of Magic”, “Princes of the Universe”, “Living on My Own”, Born To Love You”, “Great Pretender”, “Made In Heaven”, and “Who Wants to Live Forever”.

Freddie Mercury was one of the most charismatic, complex and fascinating characters in British rock music. A generous, caring, thoughtful man with a self-deprecating sense of humour and a genuine passion for music. Freddie Mercury touched the lives of millions through his career both with Queen and as a solo performer and this new programme is sure to delight and inform his legions of fans as never before. 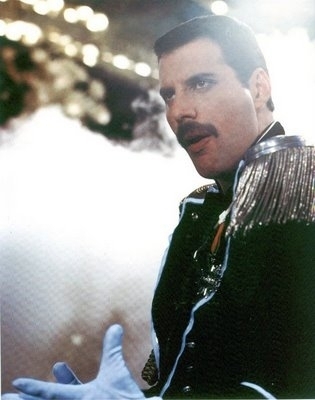 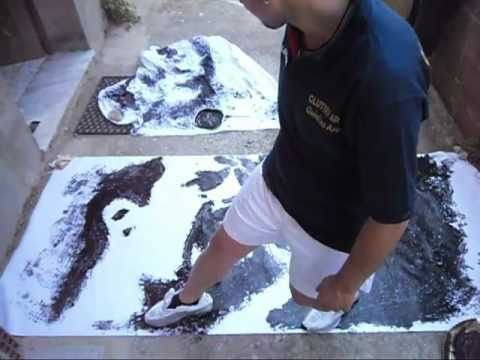 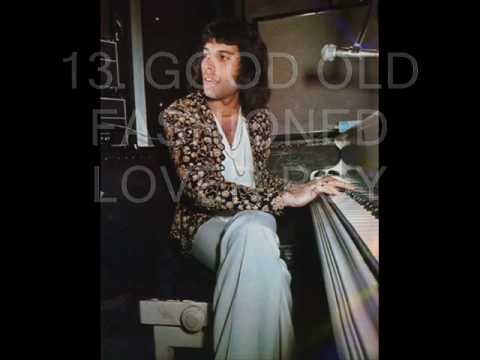 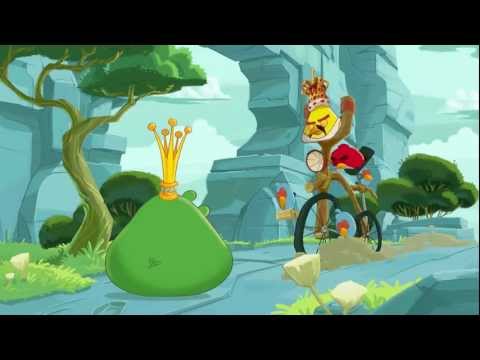 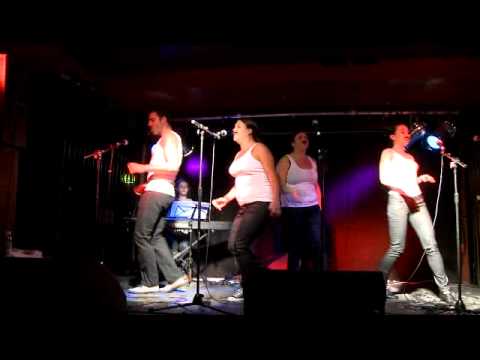 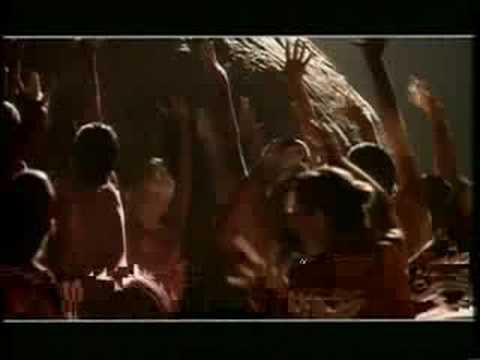 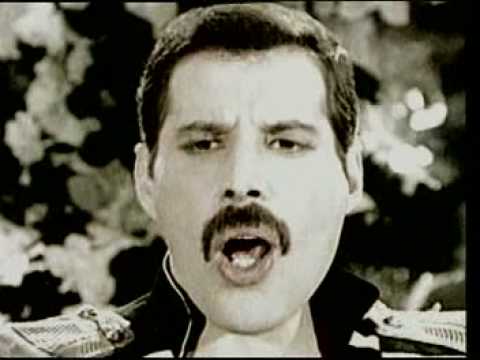 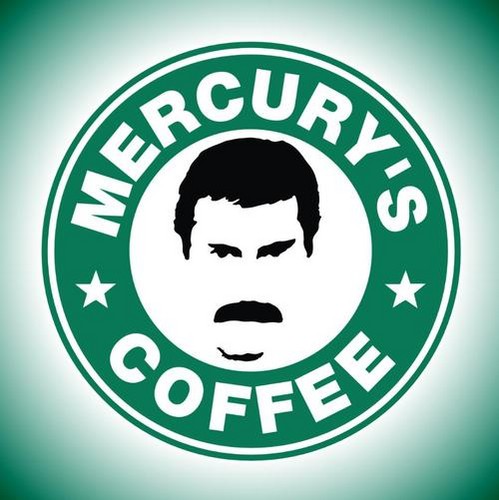 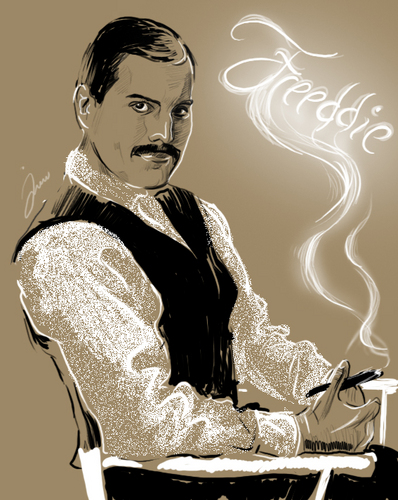 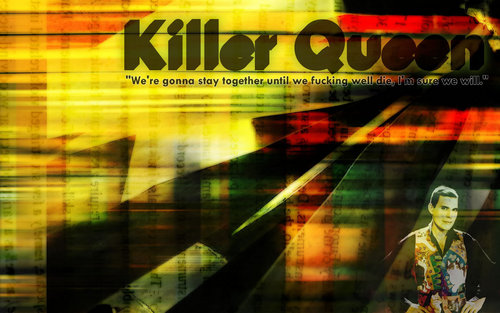 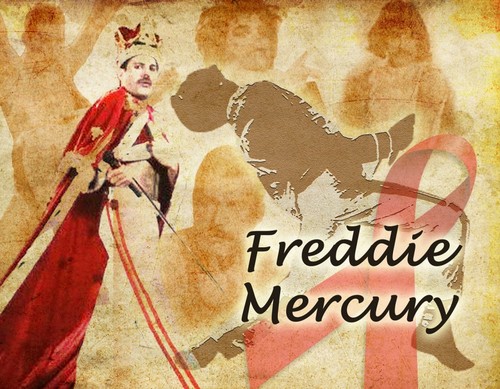