24
FMA vs. Brotherhood - A Rant
posted by Dearheart
Okay...I've watched every episode of Brotherhood so far, and I think I've finally got a solid opinion formed on it. Bear with me; this is kinda long, but I really need to vent this out. Also, before reading this rant, keep in mind that I was introduced to FMA through the first anime series, and I read the manga afterwards. So unlike a lot of fans, I haven't gone through the frustration of reading the original epic stories and then watching something that goes in a completely different direction.

Manga enthusiasts, don't kill me...but I've tried to give Brotherhood a chance. I've tried SO HARD to love it and plug into it, and now and then I have truly loved it...but it's just not working. Something's missing; something vital that the first series had. And I've finally figured out what it is.

Don't get me wrong; I'm glad they're doing another series, and there are many things about Brotherhood that I love. I'm glad it's following the original, stronger storyline, the art is GORGEOUS, the world is bigger and better, and because I've read the manga, I know the characters are going to grow and develop a lot more (and EdWin will finally get the attention it deserves!!). =D

But Fullmetal Alchemist did something for me that no other anime could do: it told me a story. It drew me in and made the characters so vibrant and rich and real to me. It took time to let me laugh and cry along with them and truly care about what happened. My heart ached for Edward and the guilt he felt over his brother, tears stung my eyes when Nina died and Hughes was killed, I chuckled at the snarky banter between Roy and Ed, and I felt countless thrills of happiness run through me at the deep, selfless, unconditional love Ed and Al had for each other as brothers. And it wasn't just the characters...it was everything. The themes and messages explored, the pacing, the music (I still melt whenever I hear "Bratja"), the voice-acting (both the Japanese AND the English), the animation consistency, the way each episode was directed and put together...forget the anime part; it was a good TV show, period. Everything was so top-notch. Granted, it had its flaws (plot holes, too much angst in a few places, a slightly out-of-character Ed, a lame Al, a lamer main villain and NO PROPER EDWIN!!!!) and everything towards the ending...wasn't great. I think most fans can agree on that. But overall it was wonderful. I'm a somewhat critical person when it comes to entertainment of any kind. If I like something, I usually like it for a reason. And FMA impressed me on so many levels, especially as an anime newcomer.

Brotherhood isn't telling me a story. It's merely depicting a chain of events. Like I mentioned before, it has many good elements in it...but they aren't working together. Everything feels so inconsistent; one moment it meets the bar, and the next it crashes (and that ESPECIALLY goes for the music. Ugh. I WANT THE RUSSIAN BOYS CHOIR BACK, DANGIT). The pacing and the way everything's put together feels so frenetic and clumsy. Instead of pulling me in, Brotherhood just sits back and leaves to me skim around on the surface, wondering why I can't connect to the characters like I used to. It feels like they aren't even really trying. (The ONLY episode I feel has matched the first series so far is episode 19, with the Roy vs. Lust fight. That one brought tears to my eyes, it was so good...) There's no heart in it, no depth, no empathy; and because that vital part is missing, everything else falls flat for me. It's like they sacrificed the storytelling and character depth for pretty pictures and dippy Japanese humor. >__> FMA deserves better.

And about the humor...I've heard many fans say that the first series was too dark and didn't have enough of Hiromu Arakawa's comedy in it. And to some extent, I agree; it was a little more serious and there wasn't a lot of her manga humor in it. But believe it or not, I liked it better that way. It made everything feel more realistic and down-to-earth. Arakawa's cartoonish humor is wonderful in the manga, but when it's in anime form, it loses magic and becomes jarring and annoying. And another thing: I don't think a lot of people appreciate what little humor there was in the first series. Seriously. There were some HILARIOUS parts in that show (episodes 13 and 37, anyone? And let's not forget the priceless line:"Tell him fine, there's no way I'm dying before you do, you morally bankrupt Colonel with a God complex!"). When there was humor, it was clever and genuinely FUNNY...not just your generic, slapstick Japanese comedy.

Anyway...I wish to God that I could say different about this new series, because FMA is such a marvelous story and I love the manga so much...but I can't. And that makes me very sad. =( Maybe as I keep watching and they go through more manga material and later get it dubbed in English, I'll feel different. And I really hope I will. But for now, Brotherhood is just another nice anime for me to watch on Monday afternoons. 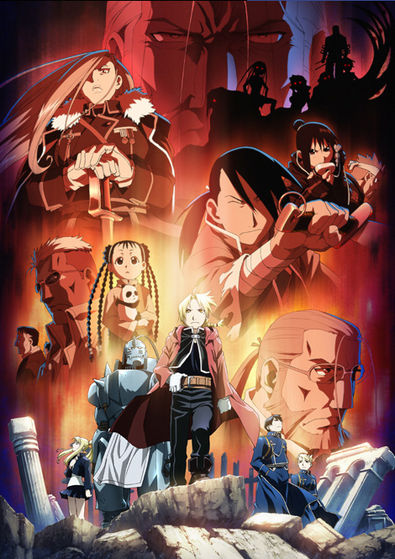 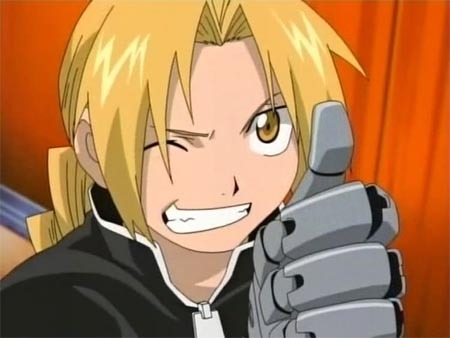 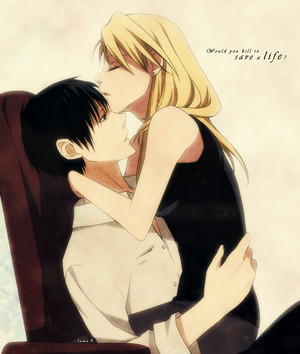 2
Roy Mustang has a badass lighter
added by wantadog
............I made this
video
fullmetal alchemist
anime 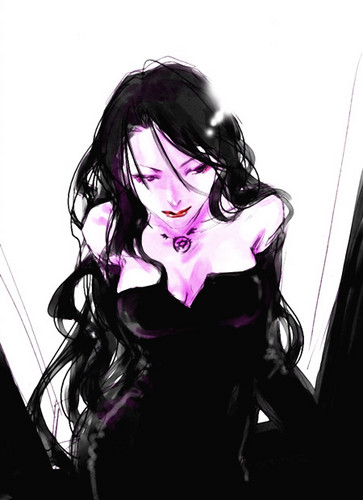 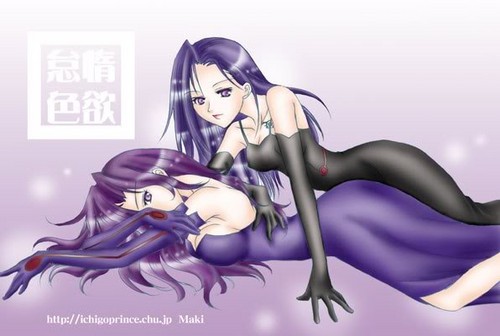 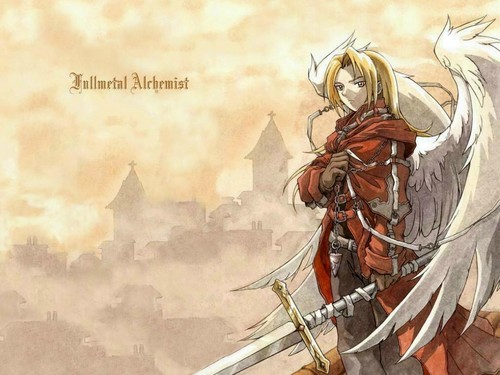 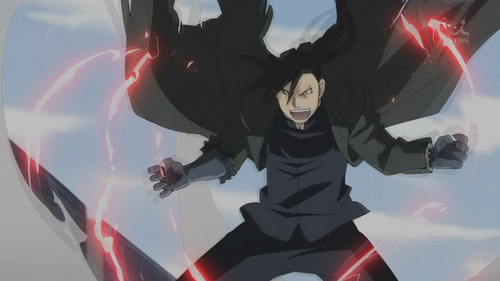 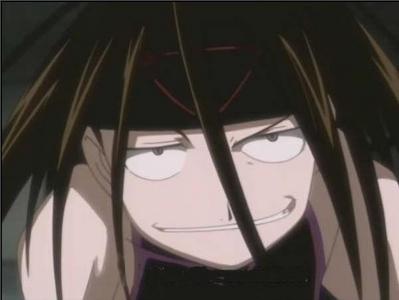 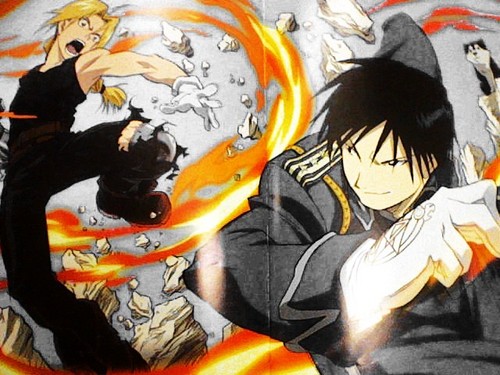 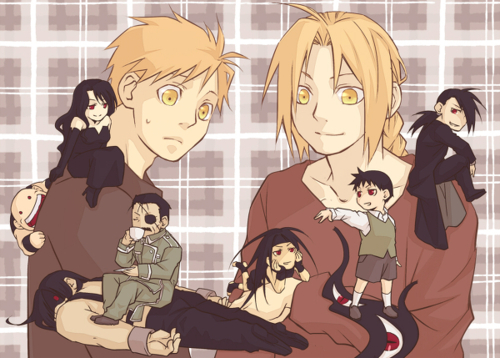 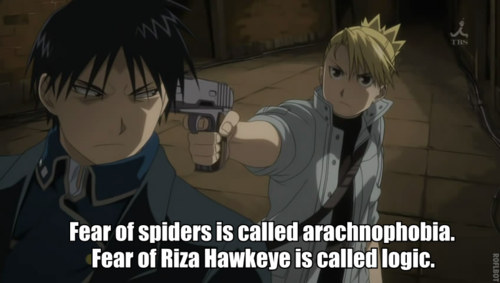 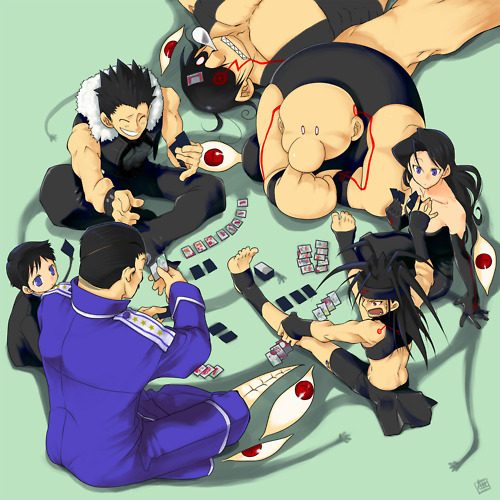 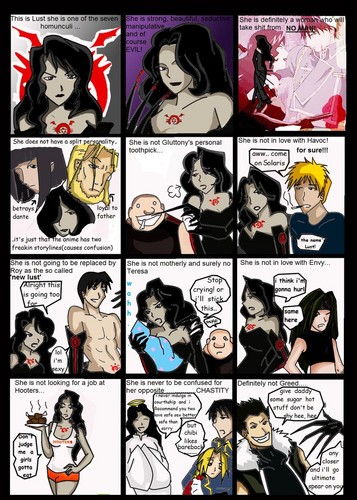 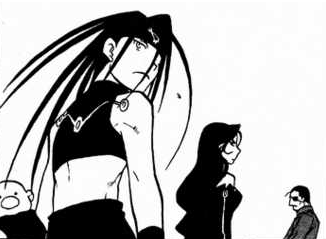 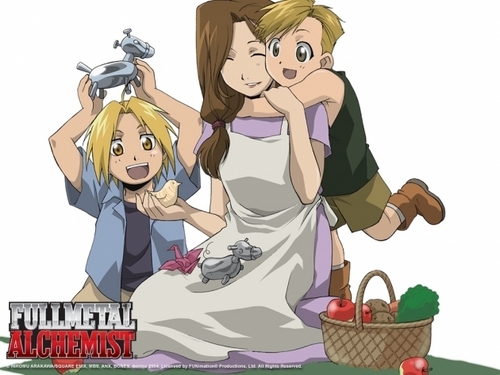 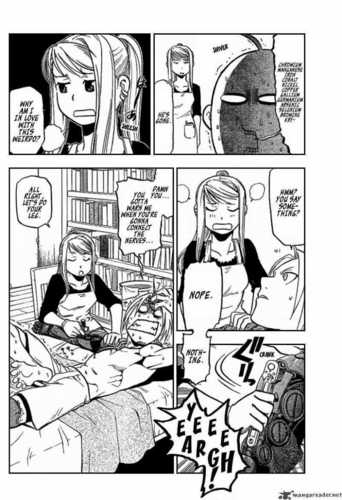 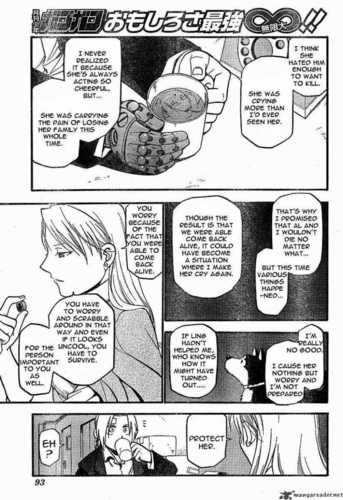