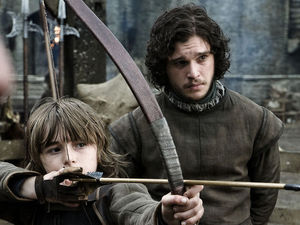 The idea came from link pick. I thought it was good moment to share all my thoughts about this character, because I never understood his great popularity. It made me angry how Catelyn is portrayed in fandom as a monster ONLY because she made our dear Jon unhappy.
I don't hate him, as I wrote in comments to fanpick. He simply gets on my nerves, mostly because of his angsting, but not only.
Forgive me a little emotional attitiude in an article. I'm a fan and this is an opinion, right?

Exaggerated sense of injustice The way he was treated in Winterfell
His fate was way better than many other bastards'. His father proclaimed him his son- he didn't have to. He could leave Jon with his mother and never admit that anything like this has happened. Look on few of Robert's bastards: one is a blacksmith apprentice, another has a work with mules, one more lives in a whorehouse. Jon is raised up with Winterfell with Ned's legitimate children and I bet Ned does everything not to make him feel worse. He probably sometimes argues with Catelyn about him- he does this unpleasant thing only because of him. Maybe Catelyn hates Jon- ok, she shouldn't. But what worse did she do than suggesting that he can't sit with her children when king is the guest? Mark, that every other day Jon eats with them. His siblings love him, his father loves him and would never let him to be treated cruelly, if Jon met in Winterfell anyone capable of doing this. Is it just, how the law and most of people treat bastards? Well, no. But there are far worse fates. Does Jon see how lucky he is? I don't think so.

Selfishness Desertion from the Night's Watch
It's a serious case and a very difficult moment for him- agreed. He is young and acts before he thinks- also agreed. We don't talk about his vows and hs duties to NW- he is not only one to run, he is young...etc. He wants to join Robb. It is a little selfish of him. Why? Risking his life to help revenge his father's death is selfish? Let's see: Jon thinks that most important is what HE has to do, what HE is feeling and doesn't care about duties or feelings of the others. If he sat and thought for a moment, he could realise
,,I'll be a deserter. My father and my uncle would be ashamed that I had broken my vows. If I'm killed my brothers and sisters would suffer. If I managed to reach Robb, I would cause only a lot of pain and trouble. He is my lord, and I would be a deserter. He would have to break the laws that make him a king and that he is taught to obey or he would have to execute his own brother HIMSELF. I'll think about memory of my father and my siblings' feelings". Did he place this above his desire of doing things, that could make HIM feel better? No. Is it selfish? Yes, I think it is.

Lack of empathy Misunderstanding
Jon feels misunderstood. He thinks no one knows what feels a bastard of a high lord. There are more bastards of high lords- what makes Jon feel the one and only? Well...let's see, who ,,misunderstands" him.
Tyrion. He' s kind, tries to give some sincere advice and understand what he feels, but Jon doesn't let him. He can't imagine, what can a deformed dwarf- with a more harsh and unlikeble father that Jon could think of, and mother who died giving him birth, what is consequently reminded to Tyrion, constant object of mockery and hatred- know about misunderstanding and rejection. Does Jon show some empathy? No, HE is unhappy, what is compared to that?
Maester Aemon. Even the hardest problems, strongest emotions do not justify saying to 100-year-old man (parapharasing) ,,How could you understand me? You have never had family, friends, never loved anyone, never was young, never had dillemas like mine! And thing called ,,empathy" doesn't exist, so you have no idea of feelings so deep and delicate as mine." Even without knowing Aemon's story Jon should comprehend he experienced much more and when he says he understands, he's right. But Jon would have himself to understand the other people first.

Exaggerated pride Service in the Night's Watch
Night's Watch is a brotherhood with a duty to serve, equal for everyone. Jon knows it well. And does he think of himself as better than others? Who, a bastard? How could he? But something just doesn't tally.
His NW brothers. Jon DOES think of himself as better than others. Ok- better fighter of course. He complains about the fate he chose for himself when most of the brothers were forced to join NW, in Sam's case- threatened with death by his own father. He thinks that he has to be a ranger only because he WANTS TO. Oh, and of course only because he's so skilled. Why anyone of the brothers doesn't see this? How blind they all are! Lord Commander in Jon's eyes is so weak that lets Thorne dictate his decisions. And most important of them is: what to do with Jon (Pride? No way!). Being the right hand of the Lord Commander is for great Jon a punishment, he wanted to be a ranger, not to SERVE.
Alliser Thorne. Jon, from their first meeting, shows him disrespect. Again: it's truth that Thorne is rude, harsh and difficult to like. Jon doesn't have to like him, he can even hate him. But he is still his superior and Jon's duty is to obey. Obviously,it's not easy. But life isn't and service in the NW certainly isn't. Jon gives himself right to weaken autorithy of an older and more experienced brother of the NW. In the name of what? Protection of the younger brothers? From what exactly? Maybe Lord Commander doesn't know the man whom he trusted training of recruits? Would he let him do his job if he suspected he could go beyond his duties? I don't think so. Conflict between Thorne and Jon only gives Mormont more trouble- he has to send Thorne away to Kings Landing only because Jon doesn't want to be submissive. That, as we see in CoK has consequences, because Thorne at first isn't allowed t speak to the king and help isn't sent to Wall. Thorne may have a difficult character, but it's mostly Jon's fault that the older NW brother dislikes him.

So is he extraordinary???
In the whole series George Martin suggests without a reason that Jon is extraordinary. I think I've guessed why he does so. I'm sure some of you have guessed too. If it's true, I will be very disappointed and angry. There's nothing interesting about this guy, he can only be an extraordinary...grouch. 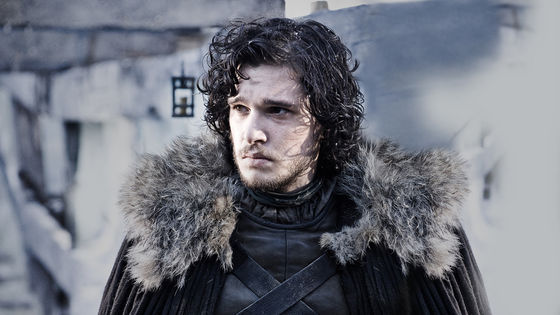 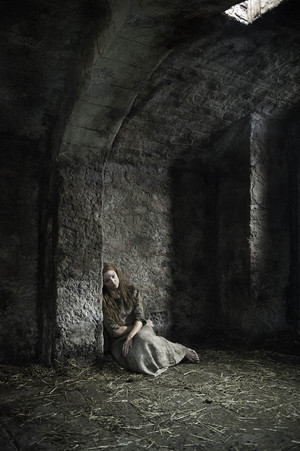 6x04- Book of the Stranger
added by Saejima
Source: hbo 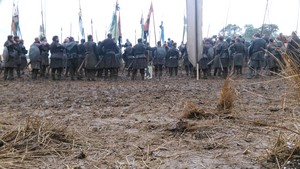 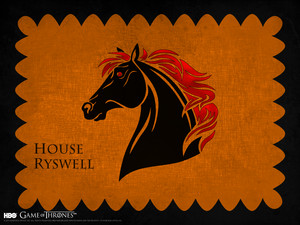 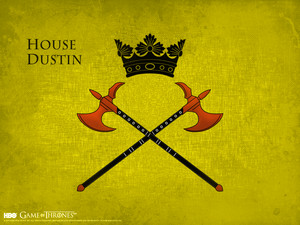 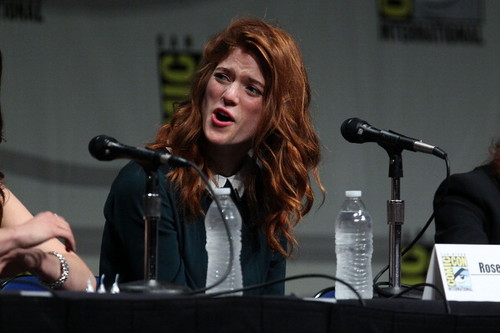 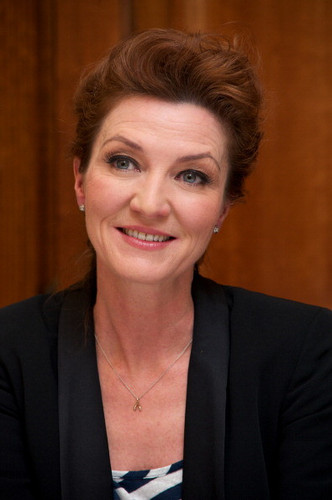 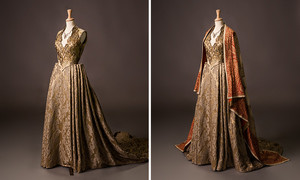 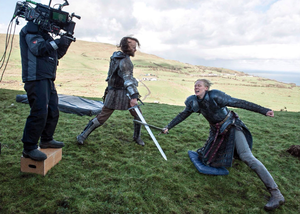 Sandor Clegane & Brienne of Tarth - Behind the Scenes
added by Saejima
Source: hbo 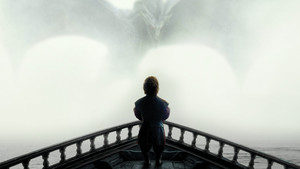 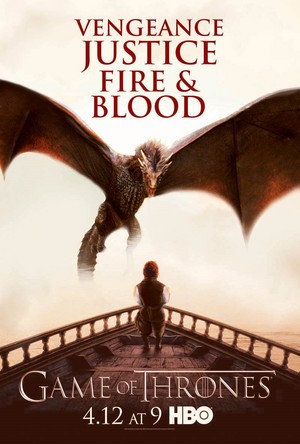 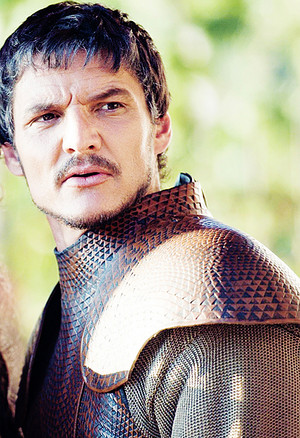 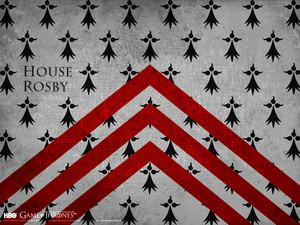 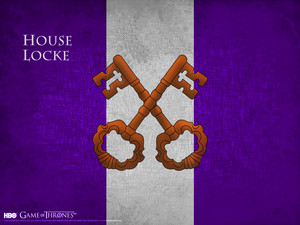 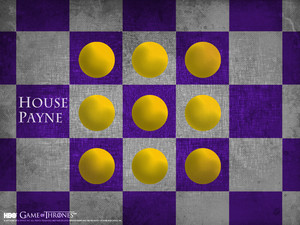 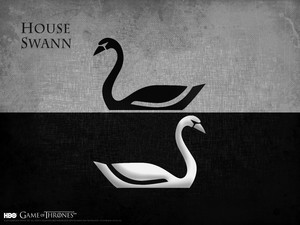 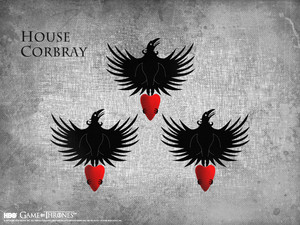