4
The Valonqar: Cersei and the Maggy the Frog Prophecy
posted by MissCassecou
Hi everyone! I'm new to this club but I have been on Fanpop for a while - I was active in the Disney Princess club for a time and it was interesting seeing a myriad of different discussions and opinions which emerged from that.

I hope to grow this club to become more active, like the Disney Princess club and to see more input and opinions as we discuss Game of Thrones and A Song of Ice and Fire, especially in the lead up and (when it comes) the aftermath of Season 6. I hope to write more articles in the future however I am in my final year at school so they might not be too regular...

Today I just wanted to explain something to tv show watchers that might not have occurred to them because they have not read the books. This will provide more context and insight into a particular scene from Season 5 and explain possible reasons for Cersei's motivations and decisions. Before I begin, I would like to issue a spoiler warning for all Game of Thrones content up until the end of Season 5 and A Dance with Dragons. (The only book I have read is A Game of Thrones however I do own the other books and I have borrowed content from those books. Sources I have used from the internet will be linked below as well as youtube videos which may or may not offer more information or perspectives on this particular topic of discussion, but by all means check them out if you would like to explore the topic some more, for further reading and watching. This article also expects knowledge from the tv series or the book series as certain scenes are mentioned)

The topic I will speak about today is Cersei's Prophecy which is told to her by a character known as "Maggy the Frog", a character who allegedly possesses abilities to see into the future. The tv show presents this scene differently to the scene in the books as they have left out a fundamental part of the prophecy.

“Three questions may you ask,” the crone said, once she’d had her drink. “You will not like my answers. Ask, or begone with you.”
“When will I wed the prince?” she asked.
“Never. You will wed the king.”

At this point in time Cersei believes she will marry Prince Rhaegar, however Maggy is, of course, referring to Robert Baratheon, who becomes King and Cersei's future husband.

“I will be queen, though?” asked the younger her.
“Aye.” Malice gleamed in Maggy’s yellow eyes.
“Queen you shall be… until there comes another, younger and more beautiful, to cast you down and take all that you hold dear.”

This is another obscure part of the prophecy which is conveyed in the show. However, the next question presents an uncalled for answer:

“Will the king and I have children?” she asked.
“Oh, aye. Six-and-ten for him, and three for you. Gold shall be their crowns and gold their shrouds,” she said. “And when your tears have drowned you, the valonqar shall wrap his hands about your pale white throat and choke the life from you.”

The valonqar part of the prophecy was not mentioned whatsoever in the tv show. It cut after the mention of the golden shrouds. The first part of the answer reveals that Cersei will have three children whereas Robert will have sixteen (we know now that they will be bastards). The golden crowns could refer to them all being crowned kings or queens at some point, however it could also refer to them having golden hair. The shrouds refer to funeral shrouds, and since Cersei is crying after their deaths, it implies she will outlive them.

Until she is so bent over with grief that she will be murdered by "The Valonqar."

Which begs the question: Who is the Valonqar? It is not known for sure, only speculated, and I shall go through some of the candidates for the Valonqar and state my opinions. Please remember it is only speculation and opinion, nothing is known for certain, and there may be other candidates that I have not addressed.

The most obvious choice for a candidate. Cersei evidently resents him; at first we thought it was because her mother, Joanna Lannister, died giving birth to him, but it was a weird and unfair crime to accuse a baby of. We speculate now that it is more than that, that Cersei believes that Tyrion is the "little brother", because he is Cersei's little brother, and also "little" when referring to his stature. It makes sense. Cersei has feared him all her life; it certainly explains her increasing paranoia. Tyrion definitely has reason to kill Cersei as they have a horribly strained relationship. She has done terrible things to Tyrion and showed him nothing but hate, and he has showed he is capable of killing hating family members as he slaughtered Tywin in Season 4. Tyrion is the obvious choice.

But there are others.

What? Jaime? Yes. I genuinely believe Jaime Lannister is a candidate for the Valonqar. He is younger than Cersei; she claims in A Game of Thrones that he came into the world holding her foot. Technically, he is younger. He may not show motive or reasoning to want to murder her yet, but he is distancing himself further and further away from her and developing in nobility and honour where she is the opposite. Their relationship is beginning to be strained. My personal opinion is that he will have no choice but to kill her - that there will be a similar situation with Cersei and the Mad King Aerys II. Cersei will succumb to paranoia or grief after the death of her children and possibly turn mad, and threaten to burn all of King's Landing like Aerys or do something similar, and Jaime will have no choice but to kill her like he did the Mad King. We've seen it happen before, we know he has the potential, and Martin tends to foreshadow. I believe their relationship will be strained and Jaime will be forced to kill her in order to protect someone or save someone's life (or the lives of multiple people.)
There is, however, a flaw with this argument as it is prophesised that the valonqar will wrap his "hands" around her throat and "hands" is plural. Jaime is lacking in one hand. However, prophecies should not be taken too literally all the time, and Jaime could probably do the deed with his golden right hand. I am not ruling out this possibility.

There is something else to think about as well.

If the Gravedigger theory is correct and The Hound is still out there somewhere, (after all, we never saw him die on Game of Thrones), he could be a possible candidate for the Valonqar. He is the younger brother of Gregor "The Mountain" Clegane and he has reason to resent Cersei (as many, many people do). There is speculation that Cersei will demand a trial by combat with her champion being Robert Strong (the reanimated version of Gregor Clegane) and that The Hound will fight against him, possibly indirectly causing Cersei's death if he kills Robert Strong. Or he could do it directly. That all depends on whether or not he is still alive.

This is a little less supported, however fans believe that Tommen will die and be reanimated as a wight, coming back to strangle his mother. He is the little brother of Joffrey, after all. However, even though it is fun, I doubt this will happen.

If the R + L = J theory is correct (I will post an article on that later), and Jon is magically resurrected or survives, he could be the one to do the dirty deed, assuming he is the younger brother of Aegon Targaryen and his sister, Rhaenys. However, it depends on a lot of things which are not yet certain, and is not very well supported.

Other possibilities are Bran Stark, Aegon Targaryen (assuming it is actually him), Rickon Stark, or any other little brother in the whole of the Game of Thrones world...
Another character was initially Stannis, however his death in Season 5 was confirmed and it is probably not him.

In my personal opinion, I believe the Valonqar will be Jaime Lannister, because of the reasons I have already stated, and although Tyrion is a worthy candidate, George R R Martin hardly ever uses the obvious choice. I believe that if it is not Jaime it will be Tyrion and at least one of her younger brothers, as it will make for a more complex and interesting death scene if it is within family.

For more information, here are some links to articles and videos I have come across about the Valonqar.

Thank you very much for reading, please offer your opinion on who the Valonqar is, and have a lovely day :)
ytank, GeorgiaSky and 2 others like this
TheHound1 Great article - very interesting reading, and even more relevant now that we've moved on two seasons and Cersei is on the throne. Reading through it, I think that the most obvious candidates would be either Tyrion or Jaime Lannister. But (in terms of the TV show) I have another theory: It could be Arya. I think that with the way things are currently in the TV programme (after Dany's attack on the Lannister army, with Jaime choosing to go back to Cersei afterwards) Jaime is unlikely to kill his sister any time soon. I do think that he could well die at some point soon though, either at the hands of Dany, the Starks or even white walkers. Arya could then use his face (assuming she knows where his body is) to get into Kings Landing, and then go in for the kill. 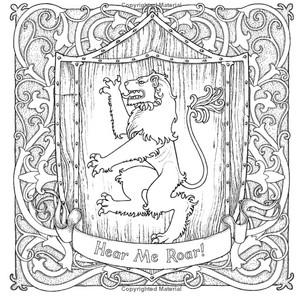 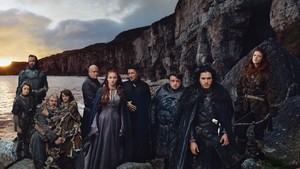 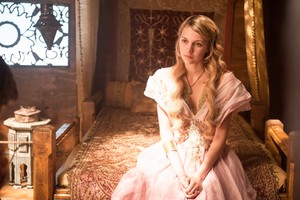 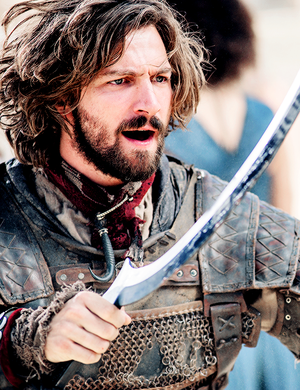 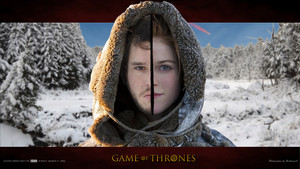 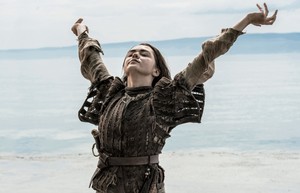 1
Game of Thrones - Season 5 - Behind the Scenes
added by Saejima
Source: hbo 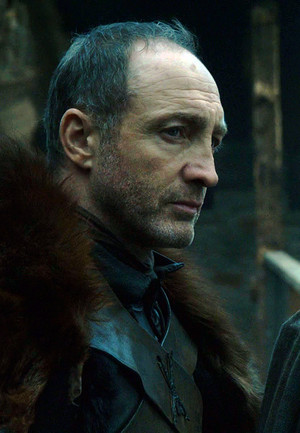 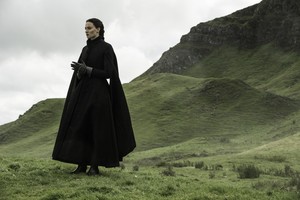 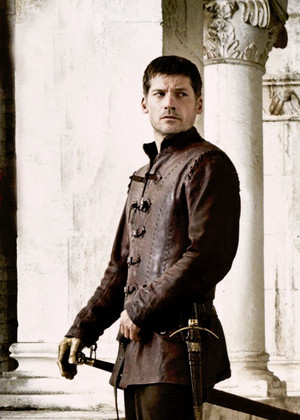 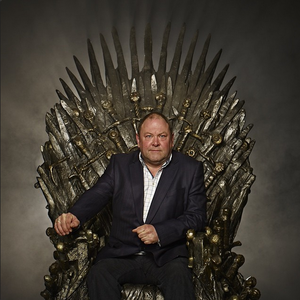 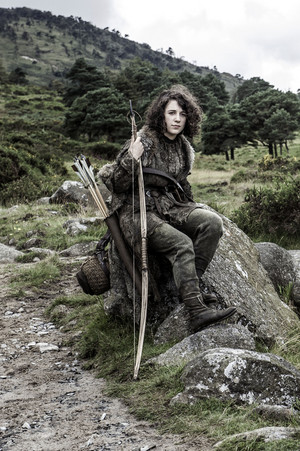 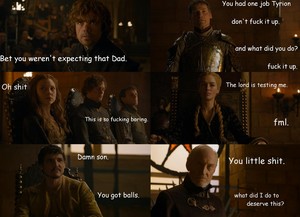 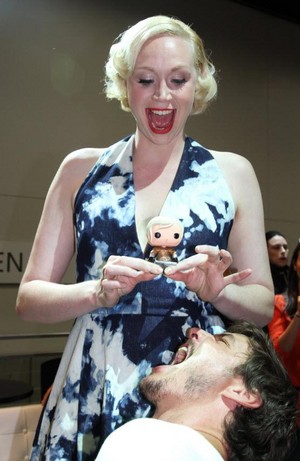 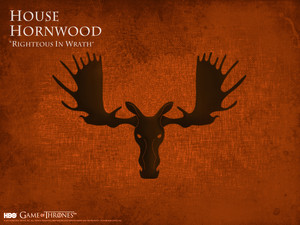 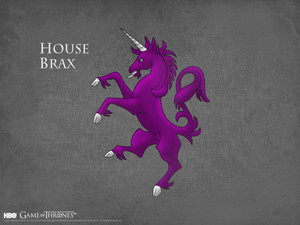 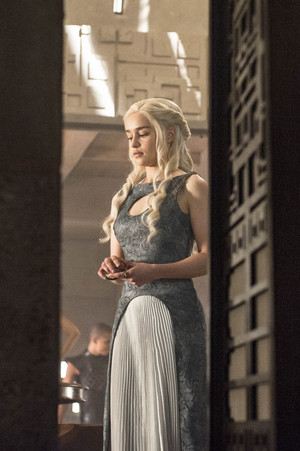 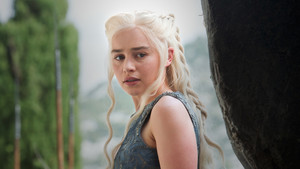 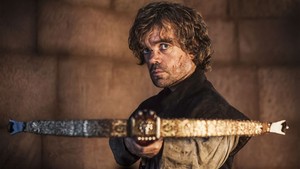